A Look Back at Illinois' Reope..

The College of Communication B..

DePaul student Halle Wagner had been waiting for the next installment of the Animal Crossing franchise to be released since the Nintendo Switch was announced. She played the first Animal Crossing in kindergarten, when all she really did in the game was run around and get stung by bees. In fourth grade, she saved up enough money to buy herself a Nintendo Wii, and after playing Animal Crossing: City Folk on it, she became a lifelong fan.

The first Animal Crossing game came out in 2001 and has been a staple for Nintendo ever since. Since Nintendo consistently releases a new installment of the franchise with each new console, fans have been eagerly waiting for the newest game since the Nintendo Switch came out in 2017.

Then, as millions of people in the United States faced a sudden lockdown due to COVID-19, Animal Crossing: New Horizons was finally released on March 20. The perfect time. Wagner wasn’t the only one rushing to get her hands on a copy. So far, the game has sold over 13 million copies, and there has been a shortage of Nintendo Switches ever since as millions of people bought them solely to play Animal Crossing: New Horizons. This made it the most popular installment of the franchise to date and one of the most popular Nintendo games ever.

Soon, it seemed like everyone was playing the game, from old fans to people that never played a video game before. Months after its release, millions of people continue to play it for hours on end every day. So how did it get to be such a huge game? 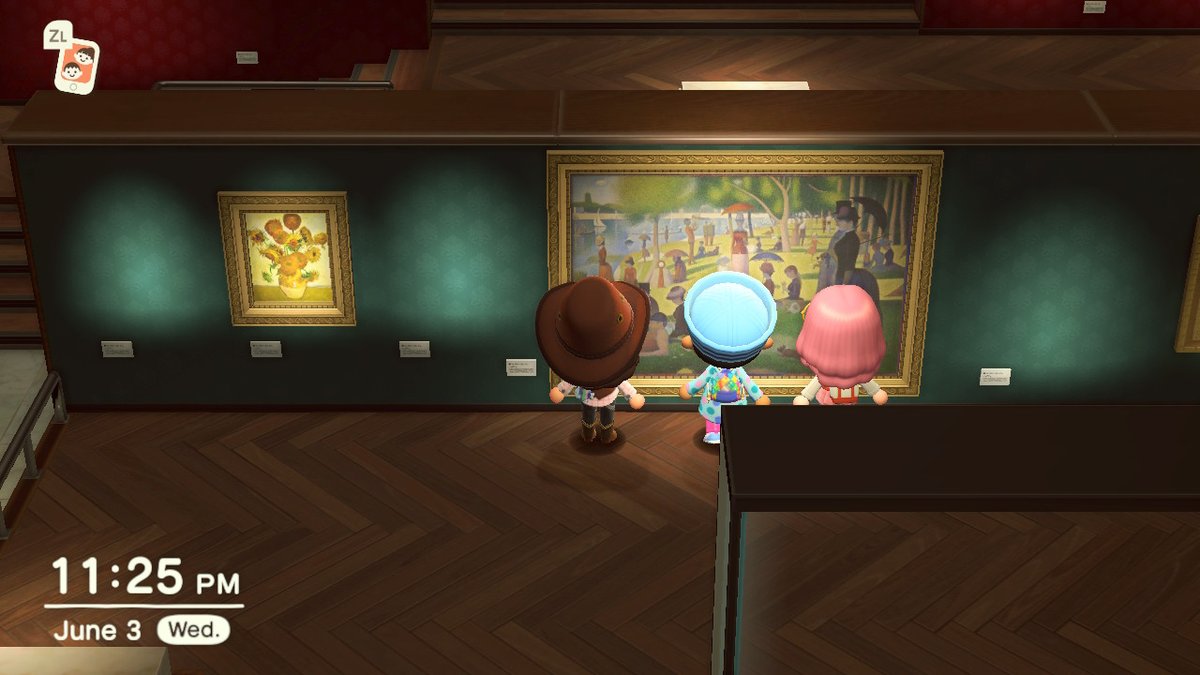 It eases our minds.

Animal Crossing gameplay might actually be helping us psychologically. During the pandemic, people’s mentals health tanked. In a recent Kaiser Family Foundation poll, 45 percent of adults reported that their mental health has been harmed by worry and stress about coronavirus.

Animal Crossing’s gameplay is a slow-paced idealized life simulator, and in a time where we often feel out of control, this kind of predictability can help ease some anxiety. It has real-world problems to deal with, like paying off loans and running errands, but they are presented in a more controlled way — and without all of the nastiness and complications that we face in everyday life. The Animal Crossing franchise has always been known for being calming and cute, and that’s what the world needs right now: to escape everything happening in real life and go to an island paradise.

“You can play this game where there are new goals and new things you can do. You can walk around and not have any issue,” Straznickas wrote.

Gracie Straznickas, a gaming enthusiast, and one could say, professional, has recently written a paper on her experiences being homebound playing Animal Crossing: New Leaf while she had a serious injury in high school. Straznickas graduated in 2018 with a bachelor’s degree in game design from the DePaul College of Computing and Digital Media, and is currently working towards her PhD in Human Centered Design. Her paper describes how it wasn’t easy being homebound and not being able to have a normal high school experience, and how Animal Crossing became a great escape during that time.

“You can play this game where there are new goals and new things you can do. You can walk around and not have any issue,” she wrote. Straznickas says there are three main things the Animal Crossing franchise offers that help people in homebound situations: mundane activities, normativity and ongoingness.

When our routine is interrupted by something like the need to shelter-in-place, we start to miss mundane activities. Straznickas says a “mundane activity” can be something like doing chores, decorating or hanging out with friends. These are things you don’t really think about that actually mean a lot in life.

Simple activities are often celebrated in the game, as well. For example, the animals will hold a ceremony for every little achievement, like building a new bridge, because they see it as important. It can help with structuring goals by showing that the small things you do matter, which Straznickas says can be very healing.

Wagner says one reason she likes the game so much is because it allows you to have communication, not just with friends through the game’s online features, but with the villagers, which are non-player characters.

“It keeps me going because every day I wake up and I’m like, ‘I have to go check on my villagers. They’re gonna be sad if I don’t come visit them today.’ So I’ve been on every day for two months because I’m so worried about them and how they are doing.” 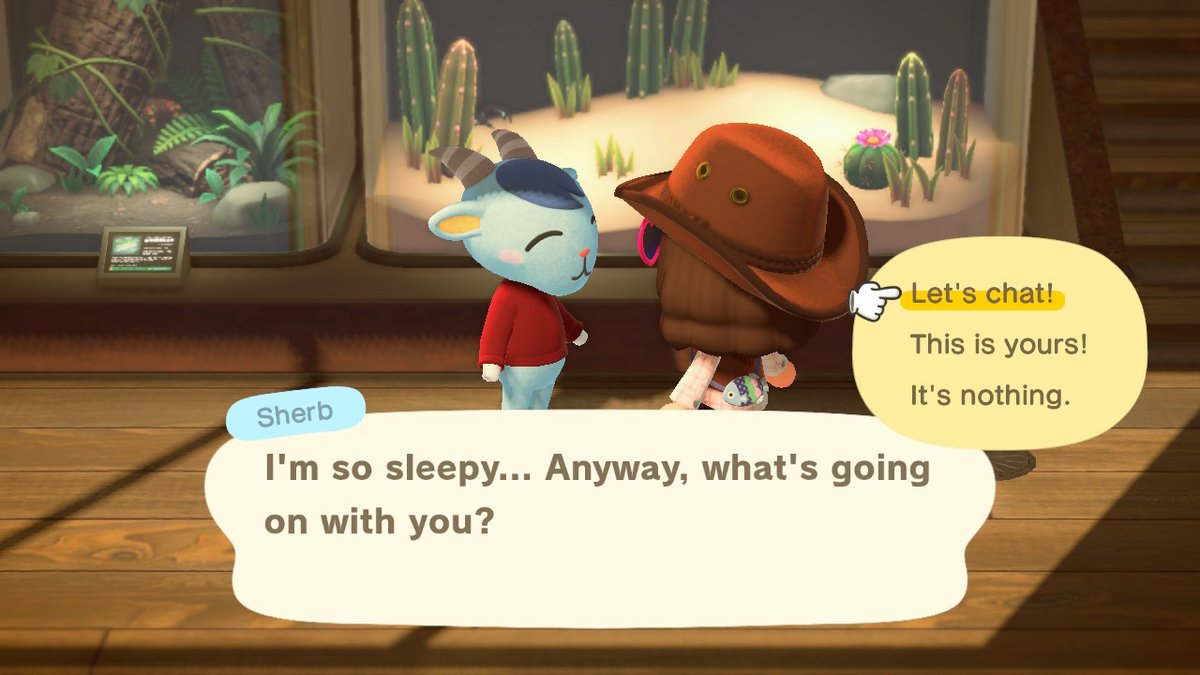 When a game allows you to have the normativity of social interactions we don’t have anymore, it becomes important, said Straznickas. Animal Crossing does this by giving the characters reactions and social cues, even if they are a little obvious, like thought bubbles to show they are thinking hard about something and the player should ask about it. It’s a different world with different social norms, though. While the real world isn’t always positive, the game pushes the player on a more optimistic and kinder direction.

“There is a normativity pushed there that isn’t necessarily the same as our world, but you have to operate within this social structure, and you have to think about yourself in that place,” Straznickas said. “It’s similar to our world but separate.”

Animal Crossing at its core is connected to real-world time and seasons. There are ways to cheat this, like changing the console’s date and time to trick the game, you can’t stop time. Time always moves forward. There are things to remind the player that time is still moving, like the music changing every hour, and the villagers doing different things throughout the day to remind you they have their own lives.

This slow-paced, ongoing play style paired with the game having no real end goal or final boss to beat makes it a game that is easy to play long term. The only objective is to have fun and be creative. You can’t rush through it like other games. This is probably why the world isn’t quite burned out on it yet. 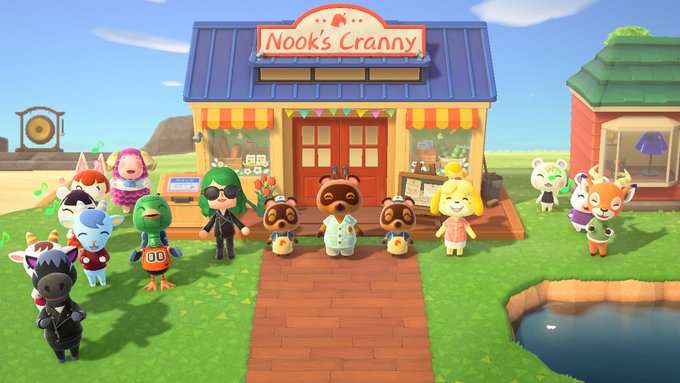 If we can’t hang out, our video game selves can.

“It’s similar to our world but separate,” Straznickas said.

The game also keeps people socially connected. Animal Crossing has allowed people to play online together in the past, but it hasn’t always been seen as an important feature. With this installment, though, it’s a reason people are playing the game.

“It’s more vital to be playing with other people right now,” Wagner said. “You can’t go see people and play together at their house, you have to play online separately from each other.”

While it has been difficult not being able to see friends and loved ones in person for months, we’ve had to come up with more creative ways to visit each other. Animal Crossing’s online features have allowed people to interact within the game by visiting each other’s islands.  People have been using Animal Crossing to replace real-world events like birthday parties, weddings, even religious ceremonies. 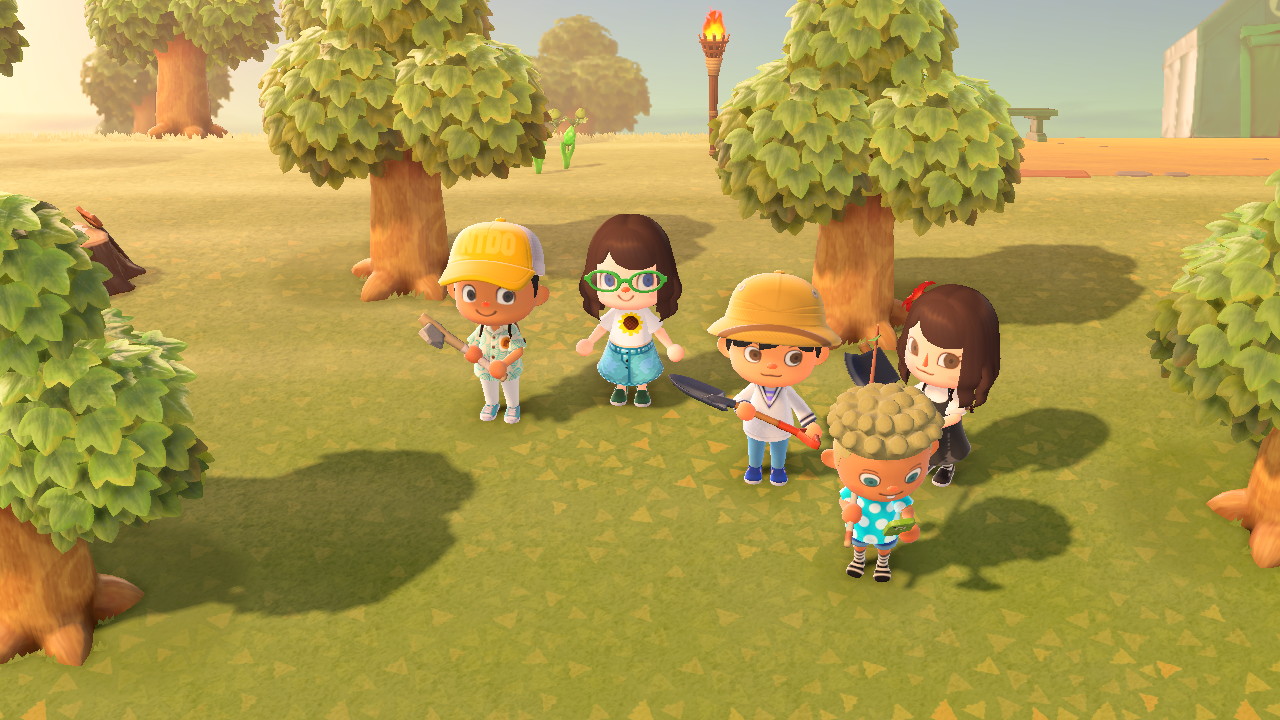 As the lockdown rules start to loosen, will Animal Crossing continue to be such a huge phenomenon? Probably not, as people start to be allowed to do literally anything else. One thing is certain, though: Animal Crossing: New Horizons has made an already iconic franchise even more so. From a mixture of good timing, psychology, and the fact that it is a genuinely good game, it has certainly made its mark on the world and on video-game history.