DePaul Administration to Focus on Student Mental Health Amid Pandemic

DePaul’s State of the University was delivered virtually to an audience of nearly 700. On October 22, faculty and staff joined a Zoom call where university President Dr. A. Gabriel Esteban talked COVID-19, enrollment numbers, a revision of the mission statement and mental health services for students.

“We’re starting the year very, very strong compared to where we thought we would be,” Esteban said, referencing enrollment numbers for the current school year.

DePaul is witnessing record enrollment with its largest freshman class and the highest number of students of color enrolled university-wide. Forty-nine percent of enrolled freshmen are students of color and 32 percent are first generation. Esteban attributes these numbers to outreach, scholarship opportunities targeting CPS students and the desire to stay close to home.

A step toward a more diverse community calls for equally diverse policies. DePaul’s key initiatives include reviewing the university’s mission and policy and procedures. It’s a move toward “continuing the effects in anti-racism,” as Esteban puts it.

Protests and demonstrations took the center stage of news cycles, social media and many of our lives during the summer, and Chicago was no exception to the outcry against racism in the U.S. DePaul’s review of the mission statement is an effort to foster diversity and inclusion.

“It’s an opportunity to reflect on the identity of DePaul but also review current events,” said Rev. Guillermo Campuzano, Vice President for Mission and Ministry. 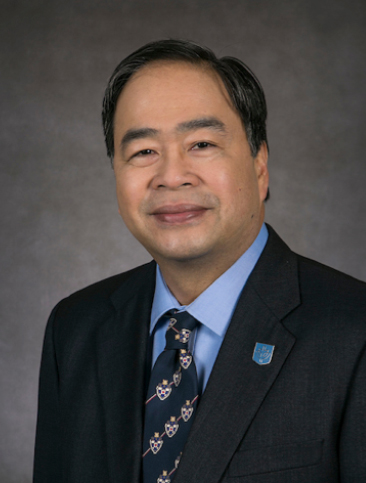 However, there was no mention on how the effects of anti-racism will be specifically implemented in classrooms or what resources will be offered to marginalized student groups. Many students are asking for actions rather than just statements.

“It’s just kinda funny to me that they are saying they are trying to be inclusive and diverse, but we’re not going to take the time to respect the idea of ‘Here, We Do’,” said Joanna Ewida, a fourth-year student and member of DePaul Community Accountability Alliance, a student-led organization that calls for accountability and transparency from the university.

Ewida said her mistrust stems from DePaul’s relationship with the Chicago Police Department (CPD). DePaul has an informal partnership with the Fraternal Order of Police (FOP) — FOP officers are offered a tuition discount if they are enrolled in the FOP programs and receive a reimbursement from the City of Chicago.

“How do we let CPD on our campus and expect Black students to feel safe?” she said.

Her concerns also extend to DePaul’s Chartwells employees, who are in danger of losing their health insurance.

“How can we treat our workers like that but say we want to be more diverse and inclusive?” she said.

Esteban did, however, spotlight the overwhelming need for student mental health services. The pandemic has taken a toll on the student body as most classes began remotely. According to Esteban, 30 percent of DePaul students surveyed said mental health was their biggest issue. For that reason, DePaul has launched a campaign titled, Now We Must.

The campaign has already raised $60 million to meet student needs, including scholarships, emergency funds, technology, internship support and, of course, mental health. But because this is a new campaign, it has not yet been determined how the funds will be allocated and how they will be spent toward mental health services.

In the meantime, Esteban is getting weekly reports on the number of students using the university’s counseling services. Dr. Eugene L. Zdziarski, vice president for student affairs, noted some programs available to students.

The Anxiety Buster series is an ongoing virtual session hosted by the Office of Health Promotion and Wellness on Mondays and Wednesdays. The program description encourages using meditation, Qigong and other alternatives to help relieve stress and ease anxiety.

And while Anxiety Busters is an ongoing series, Identifying and Coping with Racial Trauma is a virtual presentation to be hosted on October 28 and November 13. The impact of racial trauma on BIPOC will be discussed as well as how to come up with a plan to heal both individually and as a community from racism.

While there are active programs working to bridge the gap between mental health and students, Esteban acknowledged that virtual programming can only go so far.

“Students prefer face-to-face,” Esteban said, in reference to students seeking out counseling services. This is an issue he hopes to resolve or remedy with the Now We Must Campaign funds.

In the meantime, students are skeptical and want action and specific measures being taken toward a truly inclusive dynamic. “DePaul talks this big talk, and all I see now is just PR,” said Ewida.