How Voting by Mail Could Impac..

In an email received by students on October 5, DePaul University announced that the Winter Quarter of the 2020-2021 academic year is scheduled to be very similar to the Fall Quarter, with a few exceptions.

The majority of classes will continue to be offered solely online and residence hall occupancy will remain very low. Financial accommodations have not changed with the new quarter — as in the fall, the student activity fee and the athletic fee will be canceled and the U-Pass will be considered an optional purchase.

This announcement regarding the upcoming quarter brings about similar issues concerning first-year students and their housing plans after the changes imposed before the start of the Fall Quarter. Many freshmen must once again adjust their housing plans to accommodate for the ongoing global pandemic, as well as the costs of attending a private university.

Students are considering the idea of apartments with roommates or other rental arrangements, as an efficient way to save money and deal with safety concerns.

Freshman Ariana Kanchuger rented an Airbnb with a roommate in the Chicago area for the Fall Quarter. She is now contemplating which of the many options to choose from regarding her plans for the Winter Quarter.

“I’m hoping that by winter break I’ll have met up with many other people who live in the area, but with winter in Chicago being so cold, it will limit options of things to do with other students,” Kanchuger said.

Kanchuger is torn between staying in Chicago with her roommate and sticking with her current housing plan, or heading back to her home state of Ohio to be surrounded by her local friends and the possibility of a job. Kanchunger is also considering taking advantage of the continuing online school system — heading to a completely different state, such as Colorado, where she can ski throughout the quarter.

“Some of my Colorado friends from before I moved to Ohio are doing stuff like that, so I’ll see if I have the guts, planning, and ability to make it happen,” Kanchuger said of her Colorado option. “It might be hard to make friends there, though, so it’s a little scarier, and further from home.” 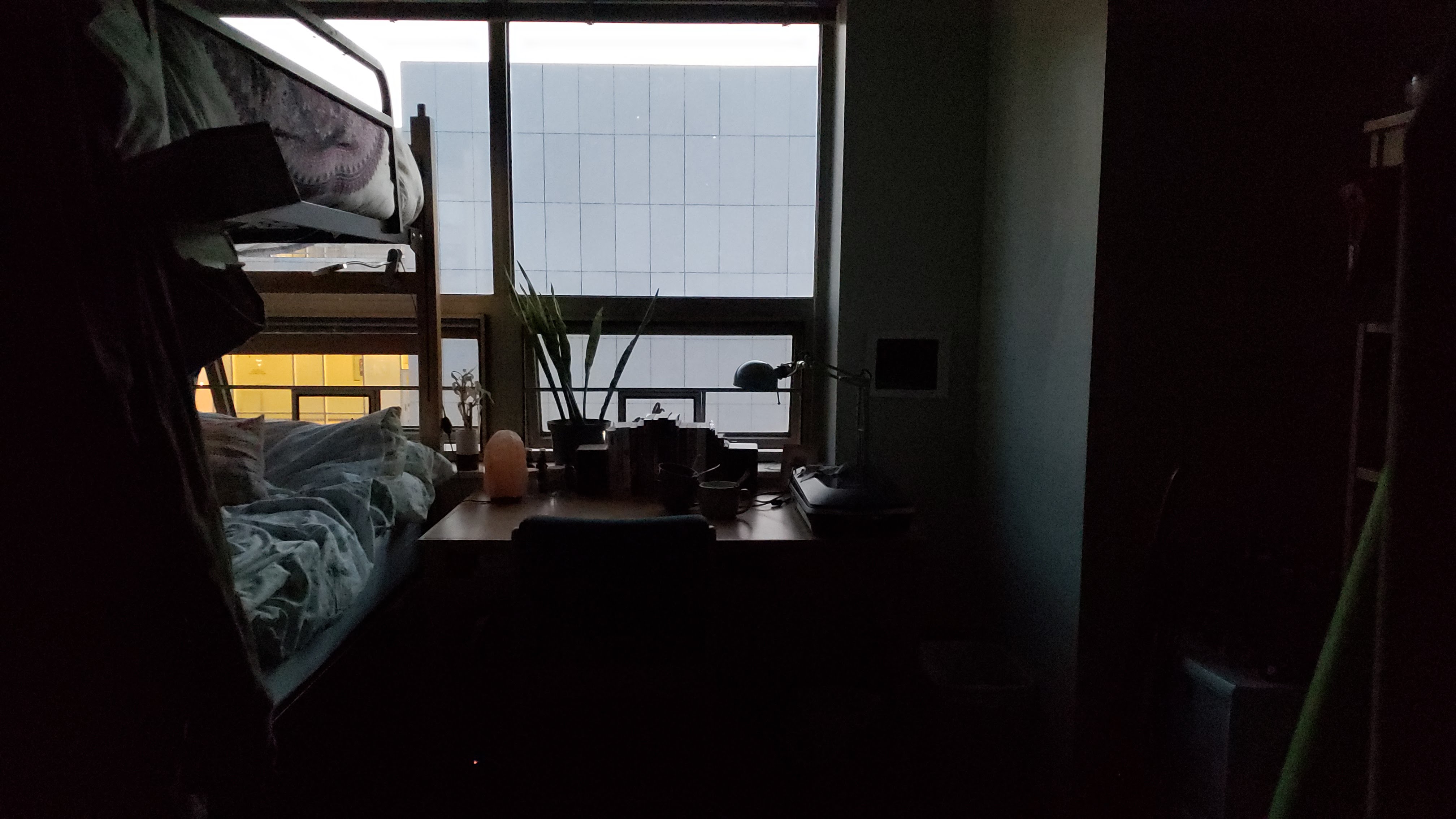 “Hopefully, I will try again next year if things are better,” freshman Mikyhia Worsham said. Photo by Cam Rodriguez, 14 East.

Many students are holding out hopes for the dorms, including freshman Alik Schier. “I’m planning on getting an apartment or house or condo in Lincoln Park or the city for the winter and spring with some of my close friends,” Schier said. While he did have the same plans before the announcement, he was “also in the back of my mind hoping to come back to the dorms with a roommate.”

Some students are still holding on to their housing contracts to test the waters.

“I decided to keep my housing agreement despite announcements for Winter Quarter,” freshman Dorothy Vu said. “Although I might consider signing an apartment lease and a DePaul meal plan if I don’t end up receiving a dorm.”

Even though students who are already residing in the dorms are guaranteed their housing plan for the upcoming quarter, some are deciding to head back to their hometown due to the uncertainty of the circumstances.

“I’ve decided I’m heading back home for the Winter and Spring Quarter,” freshman Mikyhia Worsham said. “Hopefully, I will try again next year if things are better.”

First-year student Isabel Taylor was originally ecstatic to live on campus when she applied for housing in January of this year — she decided to cancel her housing plan. “Due to COVID-19 and everything closing, it didn’t make sense to keep my housing contract if I already lived downtown,” Taylor said. “I also didn’t feel safe with everything going on to live in a communal building with other people.”

While some are adjusting their housing plans to financially accommodate for attending a private university during a pandemic, others are transferring colleges altogether.

“The drawback for me is it costs too much to learn online, while I can have an opportunity to learn for free at a community college,” freshman Joselyn De Loera said. “After reading about how the Winter Quarter was going to be, I decided to transfer to community college after the completion of the Fall Quarter.”

Across social media platforms, especially the official Facebook group for the Class of 2024, freshmen are reaching out to discuss housing and other plans for the Winter Quarter. The new “normal” for some first-year students at DePaul includes signing apartment leases or online schooling from their home state. With dorms being at an extremely low occupancy alongside the dangers of communal living with COVID-19, it will be interesting to see how the “college experience,” nationally, shifts from the societal norm of the dorms — to the independence and freedom of apartments.