In the wake of the 2020 pandemic, many people found comfort in TV bingeing. Perhaps in a bout of escapism, masses migrated to different times like the Russian Empire of The Great or Shonda Rhimes’s reimagined London Regency series Bridgerton. Even older period films came into vogue, with the newfound virality of Pride and Prejudice (2005) on TikTok. After the additional success of film releases like Portrait of a Lady on Fire (2019) and Emma (2020), one might wonder why people are latching onto media from another era, and what that says about those who are choosing to do so.

On the surface, period films provide a great level of entertainment, and their general popularity over the last few decades is not surprising. With grandiose settings as well as intricate apparel, they are visually delicious and are often the hot contenders during awards season for their costumes. Just last year, Little Women (2019) took home the Academy Award for Best Costume Design. 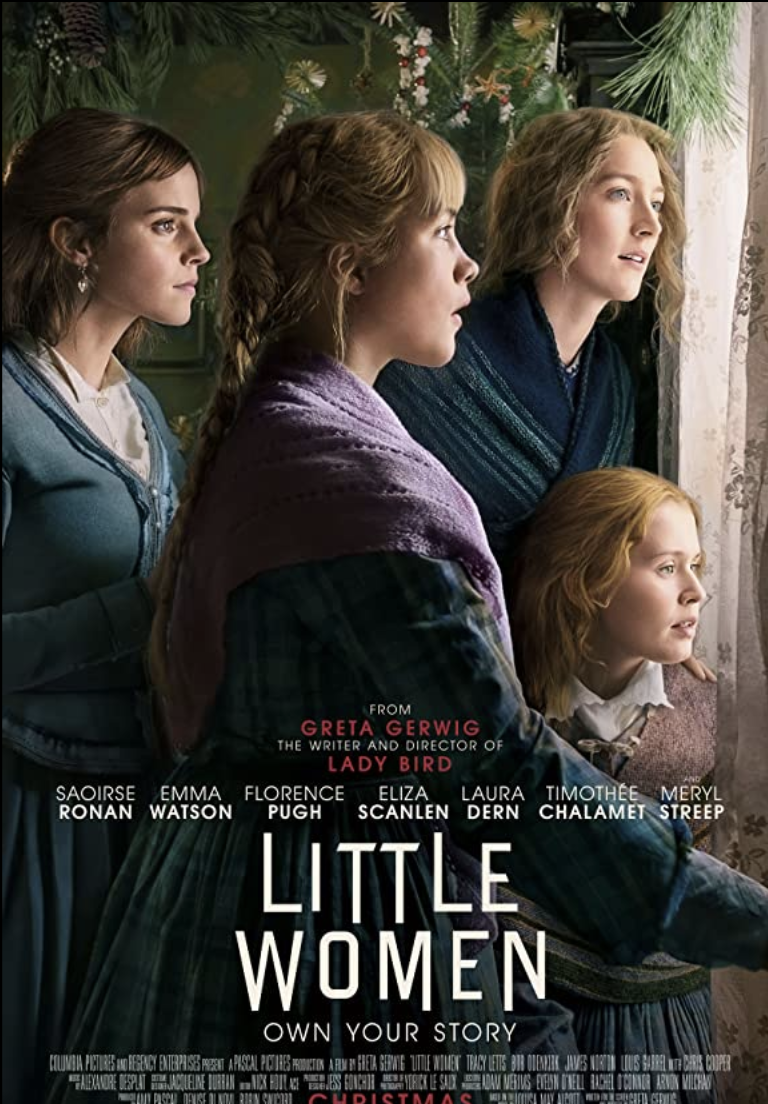 They’re also popular among young and old audiences. “I am just a huge history buff, and I love the idea of re-exploring the past with a twist,” says Shayelyn Coughlin, a junior majoring in film and TV at DePaul University. Period pieces offer us a way to tell revised versions of history through our modern lens.

Additionally, one would be hard pressed to find a period film that isn’t chock full of witty banter and charming humor. Even The Favourite, a dramatic film, takes pause to deliver droll lines like “Your cream bill is outrageous. Are you bathing in it to help your hemorrhoids?” This humor is an effective way to draw in and entertain audiences. 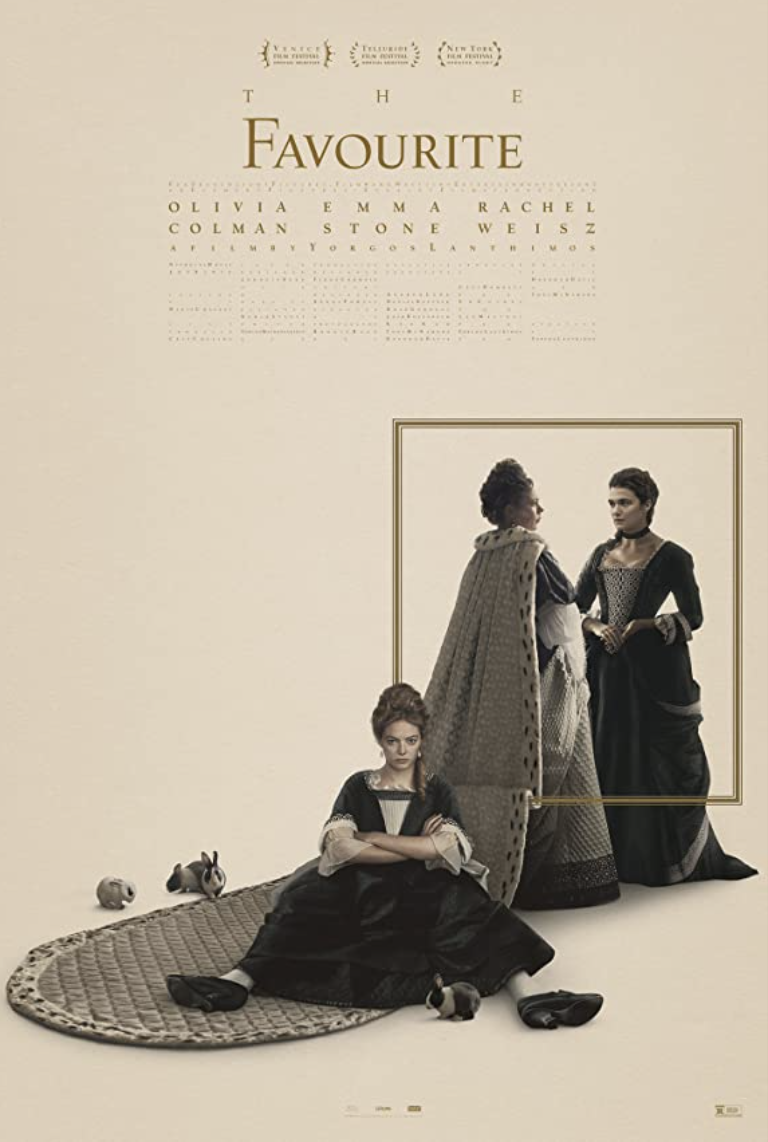 Telling stories through a historical lens can also poke fun at modern issues in a light way. “We can map and bend and break the truth when we set things in the past that might still be a little true today,” says DePaul CDM and Second City faculty member Rachael Mason. Period pieces have also progressively become more anachronistic and on the nose, like Tony McNamara’s The Great, filled with gossip, sex and modern rhetoric, providing an additional layer of humor.

Though period films are generally popular, there is a particular audience among which they have been historically favorable: white women. Often a central point of discussion upon the release of period films is that of historical accuracy. Whether it’s the shape of the padded bustles or the lavish furnishings of countryside estates, critics often laud accurate representations of the eras in which the films take place. 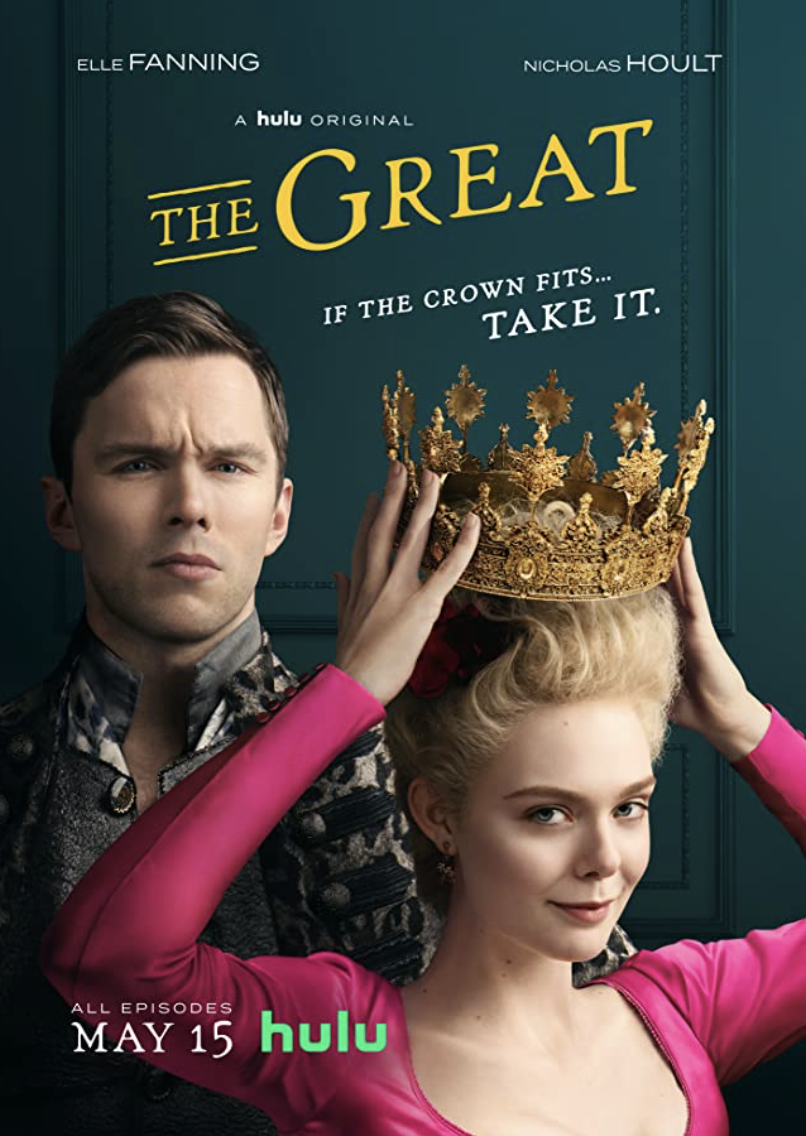 Though noble in their efforts when it comes to mise en scene, there is also a sinister aspect of the pursuit for historical accuracy, one which has typically barred people of color from even more roles in Hollywood. In placing such a high regard on this accuracy, period pieces have actually truly been held back. By demanding that actors in European/American period films be white, filmmakers and casting agents alike are not upholding accuracy, but rather white supremacy. “I don’t think this means you can’t like period pieces, but it’s important to note that a lot of them are reaffirming whiteness,” says Jessica King, a professor in the screenwriting department at DePaul.

Assuming that people of color did not exist at all during the Regency eras (which is how most period films depict them), it would still be a hindrance to representation and film itself to restrict actors of color from participating in media made in the 21st century. Not only that, but this bleached version of history is highly inaccurate.

In 18th-century Britain, Black people did exist, and they had complicated lives. Though many were oppressed by the confines of slavery, there were also many who were able to rise to prominent positions in society. Black people also formed their own societies, and though they were not entirely free, they operated as normal citizens of their respective societies.

It is not surprising then that white women would be drawn to films where they are represented. After all, not only are the majority of period pieces completely white, they are also typically led by women. Jo March and Elizabeth Bennett are the poster children of period pieces. Their respective novels are featured in high school syllabi, and naturally their films have been  redone multiple times. Even people of color are likely to know their stories: white women fighting against patriarchy. Gung-ho women are often drawn to these characters because they see themselves in them. Not to mention they are battling against a social patriarchy with issues of decorum and propriety, which is especially relatable for modern times. They are exactly the right distance to be a historical piece, yet close enough to be able to experience what really brings in the crowds: romance.

Period pieces have historically developed romance in a unique way by operating within the social constructs of their respective times. In early 19th-century England, where Elizabeth Bennet resides, sex (or anything close) before marriage was considered extremely taboo. Though we now know that not everyone in the Victorian era was cellibate until their nuptials, by societal standards, it was still very inappropriate to discuss sex.

By witholding sex, nudity and even kissing from featured characters, our star-crossed lovers are forced to develop a relationship based purely on the mental and emotional, rather than the physical. It is delightful to watch men who are forced to engage with a woman’s mind to win her favor. This creates characters like our aloof, yet loyal, Fitzwilliam Darcy, who (spoiler) saves Elizabeth’s sister from an imprudent marriage and marries off her other older sister just to win her affection. Though these notions of marriage and societal roles are dated and ultimately oppressive, it can be refreshing and enjoyable (particularly for those who are heterosexual) to see these characters engage in wistful, longing romance. Besides, the yearning is what we’re really here for.

Though white women have held and continue to hold the majority in the period piece audience, as the genre slowly evolves, it is appealing to new audiences. The Favourite (2018) and Portrait of a Lady on Fire (2019) both offer representation for queer women. Though the former is played by straight women and very obviously directed by a man, this sort of “revisionist” period piece does offer content for more than just straight white women. The latter is more evolved, offering true, realistic representation for not only romantic female relationships, but female friendship as well. Though both these films again only feature white women, they have successfully bent and modified old period piece standards, which is the key to their continued success.

They can still be set in a society that deems it improper to speak about one’s romantic feelings and develop sexual relationships prior to marriage, but perhaps that can be applied to all genders and orientations, not just cishet ones.

Netflix’s Bridgerton remains a smashing success when it comes to viewership. It had 82 million viewers in its first month, making it the most widely consumed show on Netflix ever. The show features several people of color as key players, the lead romantic interest being played by Rege-Jean Page, a British-Zimbabwean actor. The show also features a few queer relationships, though they don’t get truly fleshed out. Critics have also noted that the characters who are POC have very light skin, and there is no representation for those with darker complexions. There is also the issue that Bridgerton attempts to be “historically accurate” and sets itself in the 18th century but does not address racism at all. All around, however, its success cannot be denied. It shows that even as period pieces evolve, they will always have a ready and willing audience, and now that audience has a broader range.

Going forward, period pieces would do better to loosen their grips on historical accuracy. They can still be set in a society that deems it improper to speak about one’s romantic feelings and develop sexual relationships prior to marriage, but perhaps that can be applied to all genders and orientations, not just cishet ones.

When creators bring in people of color, they should also decide early on what story they’re telling. Is this world going to exist in complete fantasy where racism is not a driving force, or is it going to be set in a real time period where discrimination is prevelant? If the former, it’s best not to set the film in any specific time or setting. If the latter, let’s bring in some accurate representation from the societies people of color, and specifically Black people, built for themselves.

Perhaps going forward, we can pick the best parts of the genre and bring it up to speed with current audiences. Yearning, tension and witty rapport will always be popular, but it just needs to be executed by storytellers and actors who reflect their growing audience.