It was DePaul thrower Rebecca Chouinard’s sophomore year when multiple barbells fell on her head during a lifting session, causing a concussion that took many months to recover from. She faced the pain of the injury along with noticeable mood changes that increased the severity of her anxiety and depression. Chouinard returned to practice when the injury subsided, but the anxiety and depression experienced in recovery never went away. She consulted her doctor and struggled to try different medications, all while competing as a Division 1 athlete.

As student athletes, DePaul athletes face many challenges that have an impact on their mental health, and the pandemic has added to that in the past year. Between classes, training, competition, work, extracurricular activities and meeting other basic needs, caring for one’s mental health can often become less of a priority.

Chouinard, now a graduate student competing in her fifth year as a thrower, has since recovered from her head injury. Now, more than ever, she prioritizes taking care of her mental health.

“I’ve realized over the years that I do tend to kind of suffer from burnout, and that taking care of your mental health is extremely important,” Chouinard said. “I think that’s true for all students, but having the added pressure and responsibility of athletics assets, so I do try to check in with myself, ideally, every day, but there are times when that just isn’t a priority, I guess, and I’ll let it go.”

DePaul athletes have been training and competing during the pandemic, exposing them to teammates, staff and competitors. Frequent COVID-19 testing is necessary for teams, but the athletes’ high exposure increases their chances of contracting the virus. 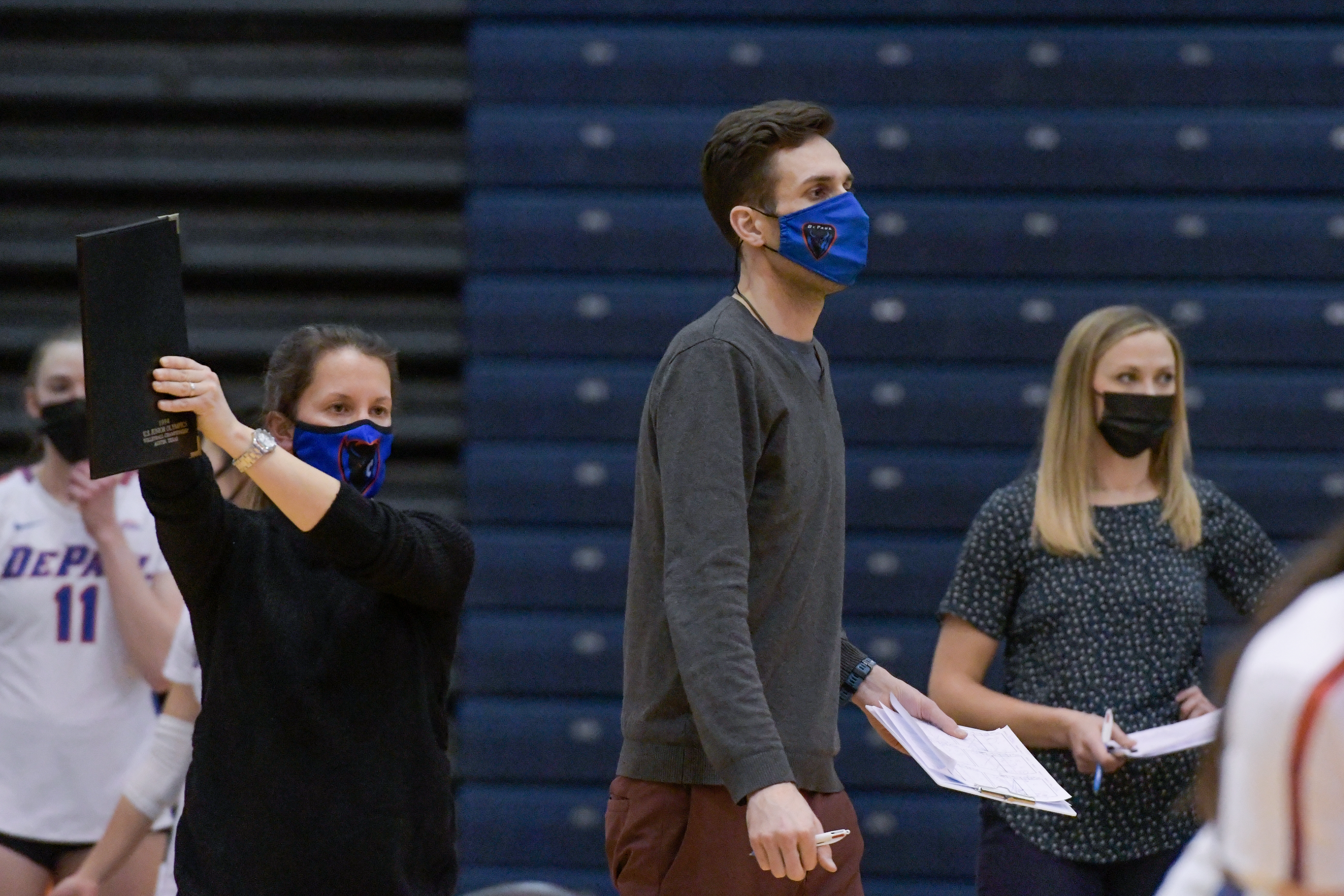 “It does add stress, and I hadn’t really considered that until now. You have a responsibility to your teammates because you’re with them every single day in close quarters,” she said. “And if you test positive, your whole team is out.”

Cothern said that her team is currently quarantined which she says is making her mental health struggle worse.

The DePaul athletics department staffs a sports medicine team as well as brings in outside sports psychologists. DePaul Athletics did not provide a comment for this article in time for publication.

The athletic department’s sports medicine team also supports athletes’ mental health needs and will work to connect athletes with outside help if needed, Chouinard said. While all college athletes are subject to mental health issues, noticing and then acknowledging the struggle may not happen immediately when an athlete steps on campus their freshman year.

Lee and her teammate, freshman Jill Pressly, started learning about their mental health when lockdown began last March and even more as they entered their freshman year. 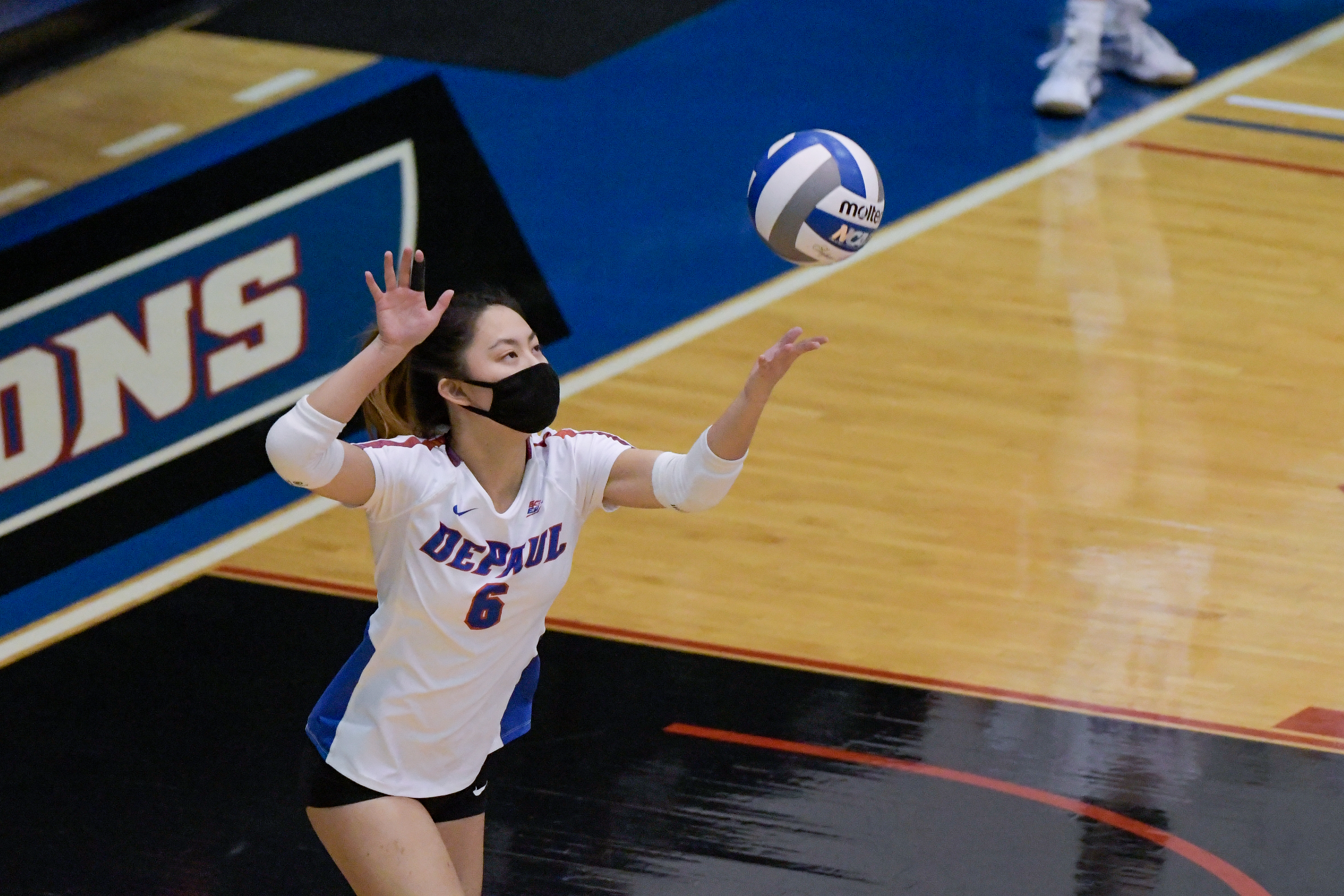 “Honestly, I never ever usually speak about how I’m feeling or anything like that,” Pressly said. “So I found that when it hits me hard, or when things are going really rough, I just kind of bottle it up, and then it’ll all just come out at once. But I’ve been trying my best to talk about them with my friends or my family, whatever it may be. It’s definitely something that I’ll have to keep learning about. I found the importance of doing so.” 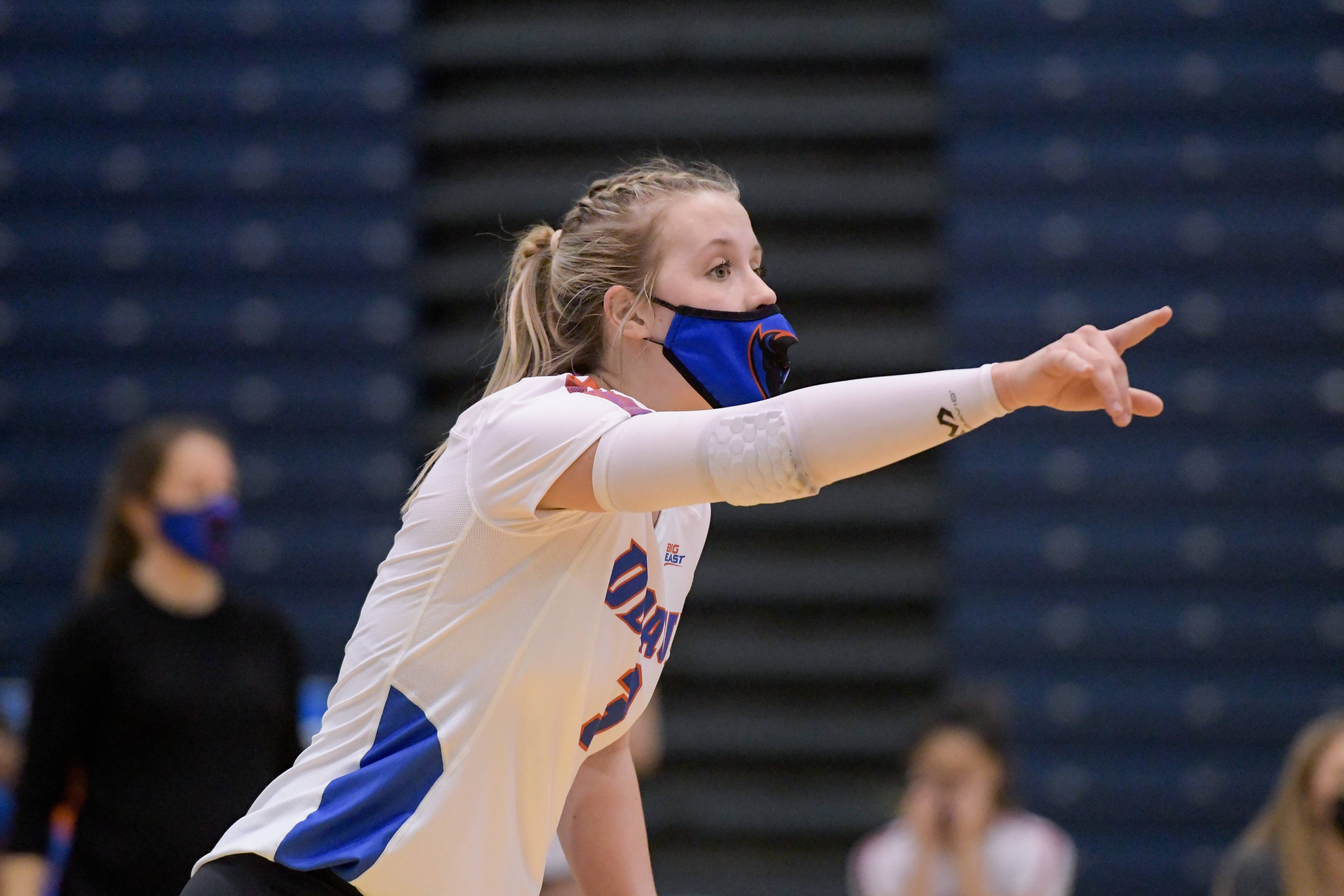 While still in this learning process, as Pressly describes, older teammates served as a support system to Pressly and Lee, who were adjusting to college sports and competing in a pandemic simultaneously.

“I think the pandemic just made it seem like all we had to do was school and volleyball,” Lee said. “I definitely think of my teammates, I relied on them heavily just because they were with me every day. We really couldn’t do much other than go to the gym and stay in our dorm rooms. I think having them there definitely helped like my mental state, staying on track, adapting to college life in general.”

Looking back on her years in the Track and Field program, Chouinard credits her coaches for helping her excel athletically while taking care of her mental health.

“That’s one thing I think DePaul really pushes is the coaches to kind of understand, like, sometimes your athletes will need a break, and you need to just help them work through whatever,” she said.

Taking care of mental health means taking care of physical health too, and both athletes have learned how to overcome small injuries throughout their careers.

“I’m on year five as a starting catcher here,” Cothern said. “I’m literally a grandma, and having that open dialogue with my coaches saying, ‘Hey, you know, I’m trying to get my knees a break at practice, can we modify what I’m doing?’ and being able to have those adult conversations, because you know that it’s gonna keep you healthy in the long run. Not being able to participate full out in practice is frustrating. I really want to be out there with my teammates. I want to be getting better. But knowing it’s to keep you healthy, so you can keep playing is something that I had to learn how to do.”

Throughout their five years in DePaul athletics, and the many more years prior, both athletes have been able to learn and grow when it comes to their mental health.

“I’ve become a lot more mindful of how I’m feeling,” Chouinard said. “I do still struggle some days, but for the most part we’re doing all right.”

From added stressors as a college athlete to preexisting mental health issues, it is evident that DePaul athletes still struggle despite department resources.

Mental health is an ongoing discussion for collegiate athletes at all stages. More senior athletes, such as Chouinard and Cothern, have had experiences to learn from, while freshmen Pressly and Lee are navigating life as student-athletes in a global pandemic.

“That’s one thing I never realized when I was younger –– mental health is like a roller coaster,” Cothern said. “And being able to just kind of keep it calm and figure yourself out, know that your triggers change and your stressors change in life.”