How Biden Can Live Up to His E..

It begins with the sweet smell of kettle corn drifting from Big Lee’s copper vats.

My dad buys two bags, one for himself, the rest for my four brothers and me. We chat with our favorite vendor while the morning cools in newly painted neon green and I think, everything here is so alive.

Almost every year, this was the way my family and I celebrated Arbor Day an hour from my hometown in Nebraska City, Nebraska.

This year, though I now live in Chicago, I want to commemorate today — Arbor Day if you didn’t know — with the same wonder I had for it as a kid.

Arbor Day is the celebration of trees honored annually the last Friday in April. Although the holiday is now worldwide, for many Midwestern states, the day indicates that spring is officially in full swing.

To a Nebraskan like me, Arbor Day also holds deep roots in the community, literally.

The first Arbor Day festival was held April 10, 1872, in Nebraska City, where over a million trees were planted from the mansion of J. Sterling Morton — the day’s founder — all across a then quite barren state.

A poem reprinted April 13, 1872, in The Nebraska City News, where Morton worked as an editor, described attendees, “They come — a festive throng — /in April’s sunshine gay,/ With gladsome heart and cheerful song/ To celebrate the day/”

In Nebraska City, the day is heralded every year with a flurry of weekend events, including local artist presentations, tree planting, garden markets and a parade. This year marks the town’s one hundred and fiftieth celebration. 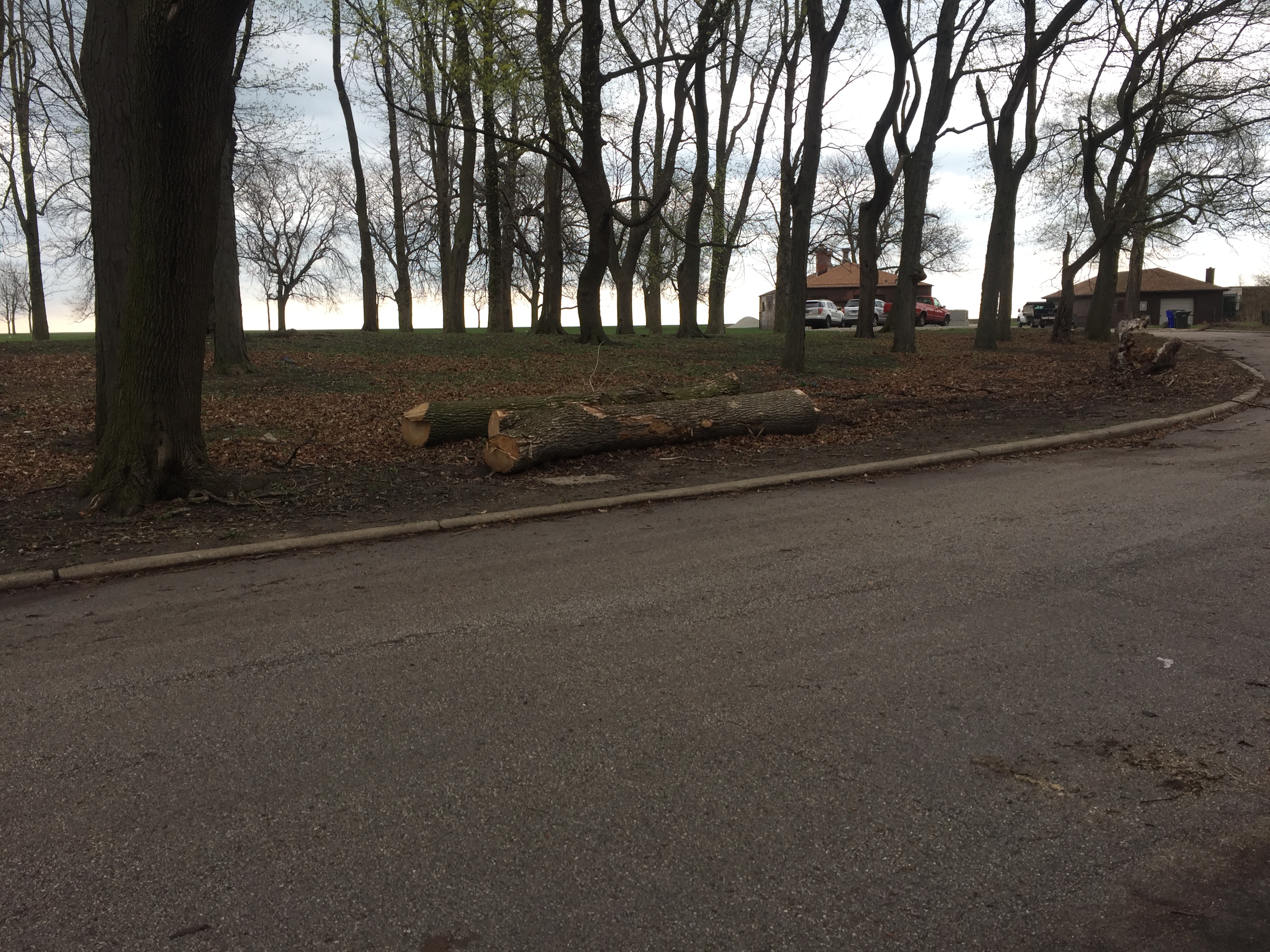 Acknowledging the beauty and power of the natural world is certainly nothing new, but the formal tradition of hailing forest conservation efforts, specifically through tree planting, always intrigued me.

Amid a myriad of reasons to participate in Arbor Day is the fact that trees are vital to life. They leave us physical records of the world around us and provide oxygen, shade and food, not to mention paper and shelter.

But personally, trees are important because they ground me in the wild where the vastness of Nebraska’s rolling cornfields feels lost without the sheltered banks of cottonwood and oak.

So, when thousands of trees toppled over during Chicago’s derecho last August, I felt uprooted and distant from my environment, already impacted so extensively by the ongoing pandemic.

Now living in Buena Park on the North Side, I saw the damage first-hand near the Sydney R. Marovitz Golf Course just south of Montrose Beach.

I took daily quarantine walks to the lakefront there suddenly cratered, like nearby golfers had swung at the land with 30-foot trunks, leaving huge divots scattered around the trailhead.

As someone who grew up relatively unfamiliar with vast forests and dense landscapes, I was surprised by my heartache. I mean, they’re “just trees,” right?

But gaping holes and abandoned limbs were only recently filled or hauled off, at least around my neighborhood. This absence of trees left physical scars on the land, which forced me over the last few months to consider what I’d taken for granted and how much I missed Arbor Day celebrations.

To remedy this, I wanted to learn more about the trees located right here in the city.

The State of Chicago’s Forests

While the term “urban forest” was new to me, Chicago’s trees aren’t lacking in coverage just because they reside in the cityscape.

As of 2010, the region’s last tree census, the Chicagoland area has around 157 million trees which remove approximately 677,000 tons of carbon every year. The 2020 tree census conducted last fall will be published by The Morton Arboretum and Chicago Region Trees Initiative (CRTI) this year.

Chicago boasts over 161 different tree species, although a study from 2013 found that the 10 most common trees make up 59 percent of all species in the city.

Some local scientists say this is a sign of limited biodiversity as non-native species — like Norway maples or European buckthorns — dominate for their foliage rather than their longevity.

In an interview with the Chicago Sun-Times, botanist Greg Spyreas from University of Illinois Urbana-Champaign highlighted that a lack in species diversity could be the reason why so many trees were knocked down last August.

One study from May 2020 demonstrated in New Zealand that non-native or invasive plants grow faster but decompose more quickly. Researchers found that non-native tissues were less dense leading to more rapid carbon cycling, or the exchange of carbon molecules between soil and tree.

That may explain why many trees were uprooted entirely after 75-mile-per-hour winds ripped through the city of Chicago.

“Twenty percent of the trees in the city are ash,” Spyreas said, “and most will be coming down in the next five years, testament to the need for diversity in our tree population.”

However, climate, soil temperature and decomposers vary these results more locally. Invasive wood species compared in southeastern states of the U.S. found only one site of 11 directly linked non-native traits to rapid rates of decay.

Despite this, both studies mentioned the need for further research on the topic.

Working to learn more about the issue, DePaul students and Environmental Studies professor Jess Vogt started a project with the Lab for Urban Forestry in the Anthropocene (LUFA) using Google imagery to evaluate urban tree damage.

While the current state of Chicago’s forests may be shaken by recent storms, there are a variety of ways to get involved this Arbor Day and celebrate trees.

The Morton Arboretum in Lisle,  a suburb just west of the city, offers both in-person and online events this year, including a walking tour of flowering trees and remote education on the equity concerns of urban tree planting.

Arbor Day Foundation has virtual guides on how to plant native tree species, including how to celebrate the day online.

Donate to neighborhood initiatives to restore downed trees in Chicago, such as this fundraiser hosted by Logan Square Preservation. The group is also looking for volunteers to water new saplings every week.

A project by the Chicago Botanical Garden, Budburst, is seeking community scientists to record observations on local plant, tree and shrub species.

Although I won’t be travelling to Nebraska City or eating any of Big Lee’s kettle corn this year, new tree buds are all around, reminding me I’m not the only one experiencing change. 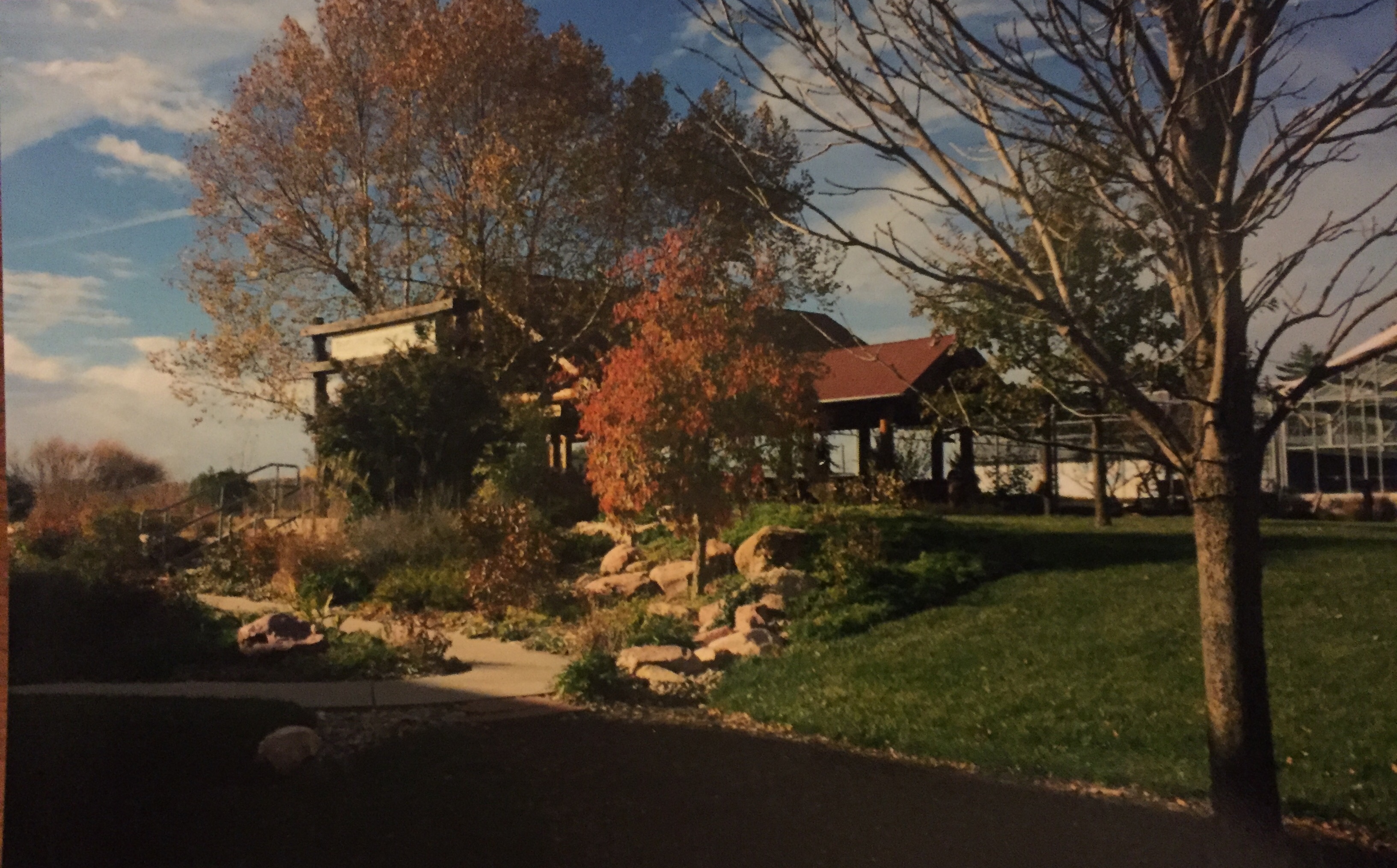