Sitting on the couch of his University City home, Patrickson Jean takes a gulp of ice-cold water from his glass. It’s summer in St. Louis, and the Midwestern heat is blazing down outside an open window.

Looking back on his third year at Saint Louis University, Patrickson coyly smiles. He finished the semester with grades that he says were “pretty good, but could have been better.”

Patrickson is majoring in chemistry, a decision that was motivated by a keen interest in the sciences. Beyond that, he hasn’t quite decided what he wants to do with his life, leaving the career decision to time and fate.

In the meantime, Patrickson has all summer to ponder what his future holds. Like many students, over the summer break he plans to return home to visit family. He will be visiting his home country of Haiti for the first time since the pandemic hit.

It’s a homecoming in the most literal sense, and Patrickson cannot wait.

Patrickson Jean was born to a young mother in the Haitian capital of Port-au-Prince.

For varying reasons, his aunt soon assumed the motherly role, raising him alongside his cousins.

Brought up in a small Haitian household, Patrickson’s life was uncomplicated. He attended primary school, played with his older cousin Romel, and dreamt of being a professional soccer player.

These simplicities of a young life untarnished came to a halt on Jan. 12, 2010 when a magnitude 7.0 earthquake struck his hometown, resulting in the deaths of over 200,000 people.

During the seismic activity, the roof of his home collapsed, trapping him underneath. Patrickson was caught under the rubble of his former home, his right leg crushed under heavy debris. 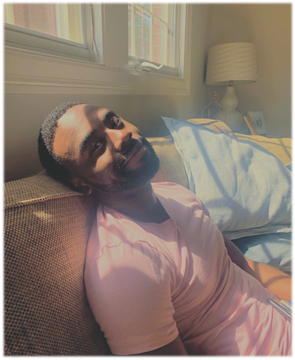 With help, volunteers were able to move the debris, freeing Patrickson from the rubble of his home. Together, him and Romel were flown directly to a hospital where doctors from across the globe had gathered to help in relief efforts. Among these doctors was American pediatric orthopedic surgeon Dr. Edward Fink, working for Doctors Without Borders.

At the hospital, the prognosis was bleak: infection had set in and immediate surgery was necessary. In the following days, Dr. Fink performed two surgeries on Patrickson’s right leg to remove 7 inches of infected bone.

Yet even after these procedures, significant hurdles remained. A series of complex operations would be necessary in order to prevent amputation — operations that could not be done in Haiti.

It was Fink’s belief that if he could get the boy back to the United States, he could save his leg with these treatments.

Despite efforts from Fink, it was ultimately decided that Patrickson’s leg was beyond repair and further efforts to save the leg might put his life at risk. It was settled: Patrickson would undergo an amputation above the knee in order to prevent the infection from spreading to the rest of his body.

The amputation was scheduled for the next day.

That evening, Patrickson was placed on a no-food order in preparation for his surgery. Despite cautions from medical officials, Romel snuck Patrickson a small dinner.

Upon this discovery, Patrickson’s anesthesiologist refused to go through with the surgery that morning — postponing it till the following day.

When Fink received word of this delay, he was resolved to continue his labors to stop the amputation. After exhausting every effort possible, Fink eventually convinced Haitian doctors to suspend the operation indefinitely.

It was a small victory, however, Fink still needed to find a way to get Patrickson to the United States – a difficult undertaking.

Through constant endeavors, Fink was eventually put into contact with Kate Corbett, the senior director for the World Pediatric Project in St. Louis. Working with the assistance of several humanitarian organizations, the two were able to arrange a flight to the United States.

Almost exactly a month after the earthquake, Patrickson, with the help of Romel, was carried off the plane in St. Louis.

There was still much work to be done, but just getting Patrickson to the United States was a tremendous feat.

During the first two years Patrickson lived in the United States to receive his treatment, his host family enrolled him in sixth grade at Christ the King Catholic School.

It was at this time that I met Patrickson. An overly outgoing sixth grader myself, I naturally decided to become friends with the new kid. It took about a year of warming up, but eventually Patrickson and I became good friends.

It wasn’t until I interviewed Patrickson for this profile that I found out just how much he had to adapt to his new life in St. Louis. For example, he told me that upon his enrollment at Christ the King, he didn’t speak any English.

I was shocked at this revelation. While I had just assumed Patrickson was a shy kid adjusting to a new life at a new school, in actuality it was a language barrier that prevented him from socializing with his classmates.

“I didn’t speak a lick of English, so that was hard,” laughs Patrickson. “Literature class? I had no idea what was going on. Like I really doubt I passed sixth grade on my own. I don’t think I did. How would I have?”

By the time his primary care ended in 2012, Patrickson had formed lasting friendships with his classmates, become the undisputed class clown, and spoke ample English.

Soon after his medical care ended, Patrickson returned to Haiti and his biological mother. Even so, Patrickson’s connection to St. Louis didn’t end there. Over the next two years, he returned for checkups and physical therapy to ensure a proper recovery.

During a brief visit in 2014, Patrickson met Father Wally Sidney, who at the time was president of De Smet Jesuit High School in St. Louis. Moved by his story and finding it necessary to help, Fr. Sidney extended an offer to Patrickson to continue his education in the United States with a full ride to the all-boys private high school.

With his mother’s blessing, Patrickson accepted the offer and began his freshman year of high school at the Jesuit institution that same year.

Patrickson made the most of his American high school experience, making the track team, becoming junior class president, acting in the school’s production of “Spamalot,” and of course, playing for the school’s soccer team.

In 2018, Patrickson graduated from the school with honors and a scholarship to continue his education at Saint Louis University.

Following 14 complex surgeries, a strict treatment regimen, and half a decade of physical therapy, Patrickson has regained full function of his right leg.

But ten years later, lingering trauma from the quake remains.

“Mentally, I still get this picture in my mind from the earthquake: seeing everything turn to dust, people crying, people running. It was just chaotic. I do think of it sometimes and it bothers me,” Patrickson quietly remarks.

He continued, vocalizing the traumatic effects the earthquake has left on his psyche.

“I guess mentally, it doesn’t really matter where I’m at, sometimes it just triggers me. It’s been ten years…but whenever I go back home I do see those places…and knowing ‘lives were lost here’…it’s rough.”

Mother of the University City family that Patrickson has lived with since high school, Mia Fitzgerald notices the mental anguish that he experiences.

“I think he’s definitely still recovering emotionally. He lost the woman that raised him for the first 10 years of his life,” stresses Mia. “The guilt of it all I think is his biggest obstacle.”

After a pause, Mia continued, articulating her belief that Patrickson struggles with survivor’s guilt.

“Physically he is fine, but he is fighting tremendously with this guilt. He has been given this amazing opportunity at life and an awesome education and he doesn’t want to take it for granted.”

Patrickson echoed this sentiment, saying, “I’m scared of not taking advantage of every opportunity I have — of not being intentional enough.”

He expressed his gratitude for these opportunities, particularly the chance to have a family again. From his quick recovery to his success in school, Patrickson attributes it all to familial support.

“The Fitzgeralds have played a major role in my life,” remarks Patrickson. “I couldn’t do it by myself, that’s for sure. It took a lot of — not only — personal will, but also good friends and family who have supported me throughout the years.”

Reflecting on all that it took to get Patrickson to the United States and the immense efforts to save his life, Mia can’t help but feel grateful, too.

“The kid is strong. He is so resilient. He lost so much, but that accident gave him a new lease on life. He will forever be reminded of what happened by the scars on his leg, but had that not happened?” Mia trails off, taken by the thought.

Gathering her thoughts, Mia continued by expressing immense gratitude for the series of events that brought Patrickson into her life and into her family.

“The stars lined up,” she says.

The story of one Haitian boy marked the lives of an orthopedic surgeon, a Jesuit priest, a local family, and an entire Midwestern town — a community bound together by the commonality of one world-moving, dimpled smile.

Out from the rubble emerged a boy transformed – his life forever altered. But little did he know, that event would also alter a community almost 2,000 miles away.

“He has no idea his effect on people,” Mia highlights. “He’s become part of our family. We have this great mother-son relationship, you know. He’s this incredible kid and he’s given me so much.”

Mia stops and corrects herself, “He has no idea what he’s given to us all.”

Having recently finished his junior year of college, Patrickson expresses his pride at this accomplishment.

“I am proud of my progression towards finishing up school…knowing that in the end there will be a better outcome. I’m proud of the fact that I can see a better life for myself, and that to get here has involved immense personal sacrifice.”

Despite uncertainties regarding his career, there’s one thing Patrickson knows for sure.

“I definitely want to be involved in Haiti,” states Patrickson.

He is driven by the belief that things “could be better” in his home country and that he could be the one to drive that change.

“When you grow up in an area and you don’t know anything outside of it, you become okay with the situation. Being on the outside has changed my perspective. It has motivated me to change things [in Haiti] for the better.”

This was one of the driving factors in what pushed Patrickson towards chemistry.

“I wanted to use those skills to actually improve the education system back in Haiti.”

Despite career uncertainty, Patrickson does have one profession in mind.

When asked about his dream job, Patrickson responded without hesitation: “Working for Doctors Without Borders.”

A long cry from his childhood aspirations to play professional soccer, the desired career is fitting to his experience.

Whether a doctor or teacher, Patrickson is content with his decision to study chemistry.

Reflecting on his love for the discipline, Patrickson says, “I like that small components have big reactions.”

More than ten years after the quake, Patrickson remains a living testament to this very statement.