A Bucket List for My Last Days in Chicago

A Bucket List for My Last Days in Chicago 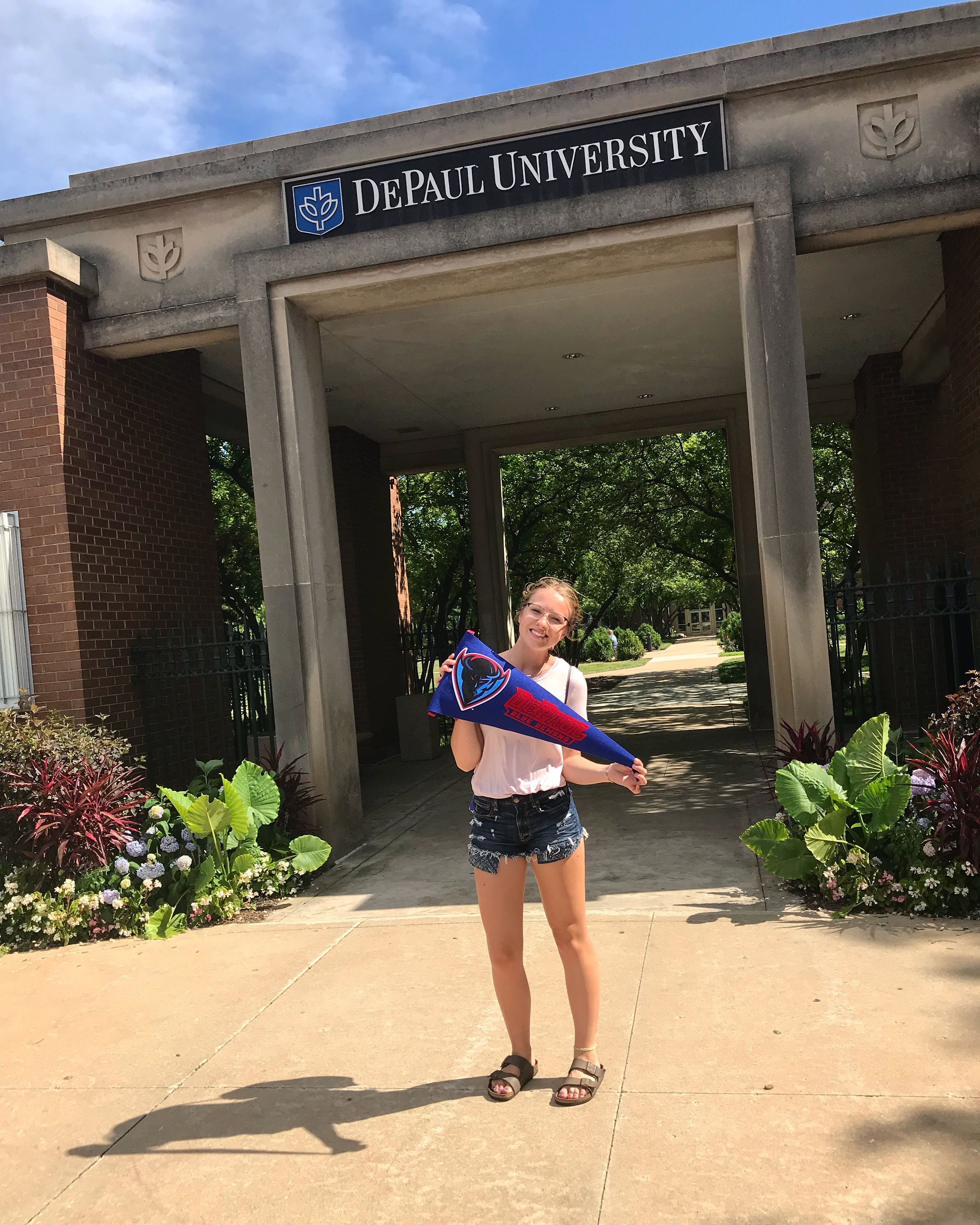 Coyle at DePaul’s freshman orientation, the summer of 2018 (photo: Kai Rodgers) followed by a photo from May 2021 prior to graduation (photo: Grace Del Vecchio).

In the summer of 2018, I stood in the sun under the arch at the entrance of DePaul University’s quad. My mom took out her blue iPhone 5c to snap a photo of me with the pennant I had just bought for my brother at the bookstore. It had been a long day at freshman orientation.

Three years later in a frigid May breeze, my roommate tested angles with her Canon camera as I stood under that same arch in cap and gown.

I’m a planner, but it came as a surprise to me in the Winter Quarter of 2021 that I was on track to graduate a year early. I don’t need to tell you how things have changed since March of 2020. Instead of spending those three years in the city, exploring neighborhoods, food, history and landscapes, I was sent home in March as was the rest of the student body. For half of my college career I quarantined with family, slowly making my way back to the city to hunker down with two roommates come the fall of 2020. Four years of the “college experience” turned into three through academic successes, which quickly became more like two and a half when COVID-19 hit.

Coming full circle from my small-town upbringing, as of June 14 I became a full-time reporter for a small-town newspaper in Wisconsin. Between lost time and an impending move, there was so much I wanted to do. So, here I share with you my “what I have to do before I leave Chicago” bucket list – things I had yet to do or want to do again. 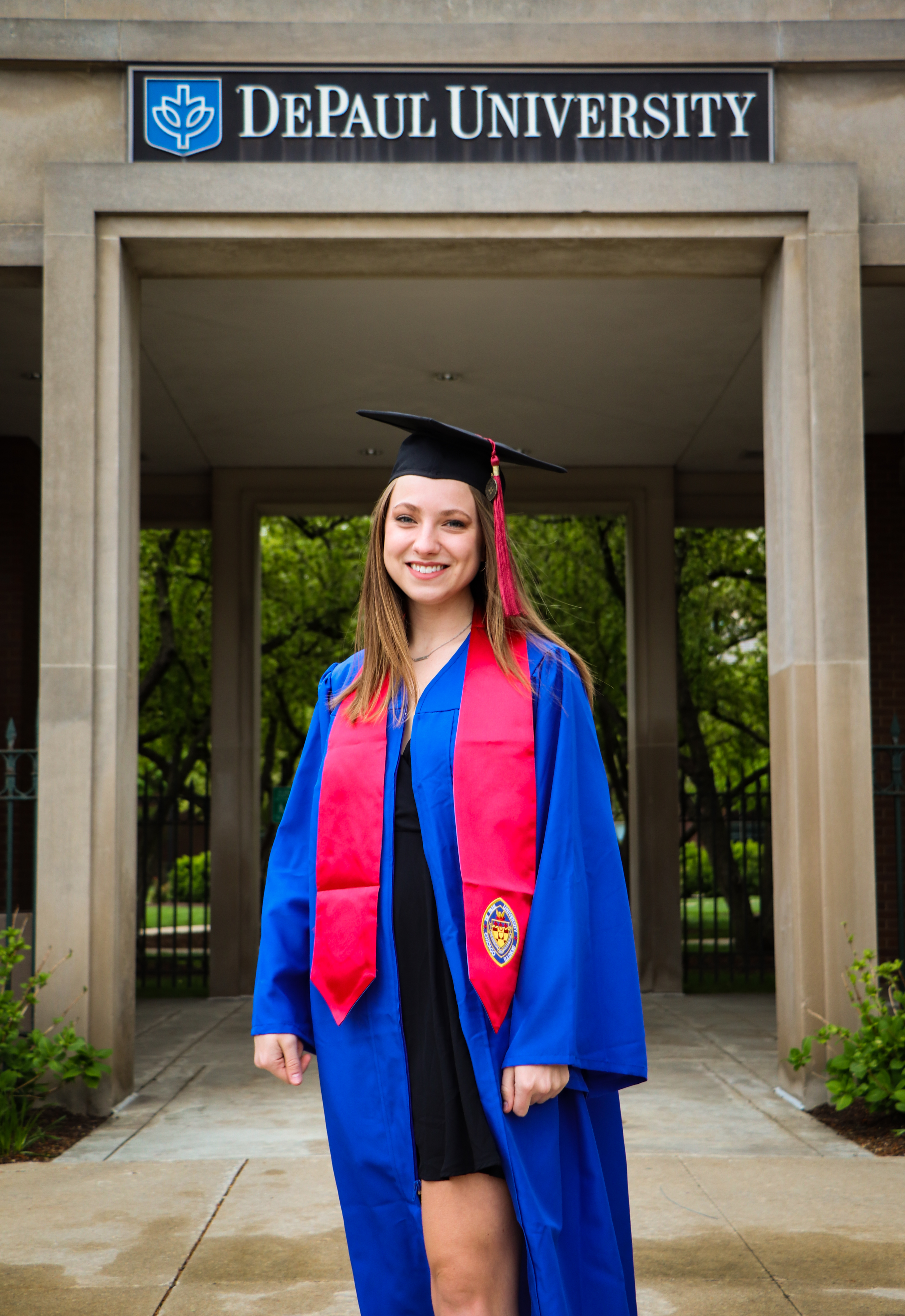 After unpacking my life into my small, brownstone bedroom in September, my roommates and I had a welcome-back-to-the-city sunset picnic at Horner Park..

Two weeks before I said a tearful goodbye to the city of Chicago, we returned to our favorite spot on the hill for the farewell version of our beloved sunset picnic. I think this sunset location is one of Chicago’s best kept secrets. Horner Park borders the Chicago River and covers nearly 58 acres. Come fall, the leaves have a swift shift from a burnt orange canopy to bare branches as the snow falls. The park hosts trails, softball fields and a hill. Kids run up the hill in the summer with their kites and race down it in the winter with their sleds. For me, it’s been the ultimate sunset set up. As I unpacked my vintage picnic basket on May 26 and laid out flowers, olives and sandwiches, we started to unpack the three years I had spent in the city. 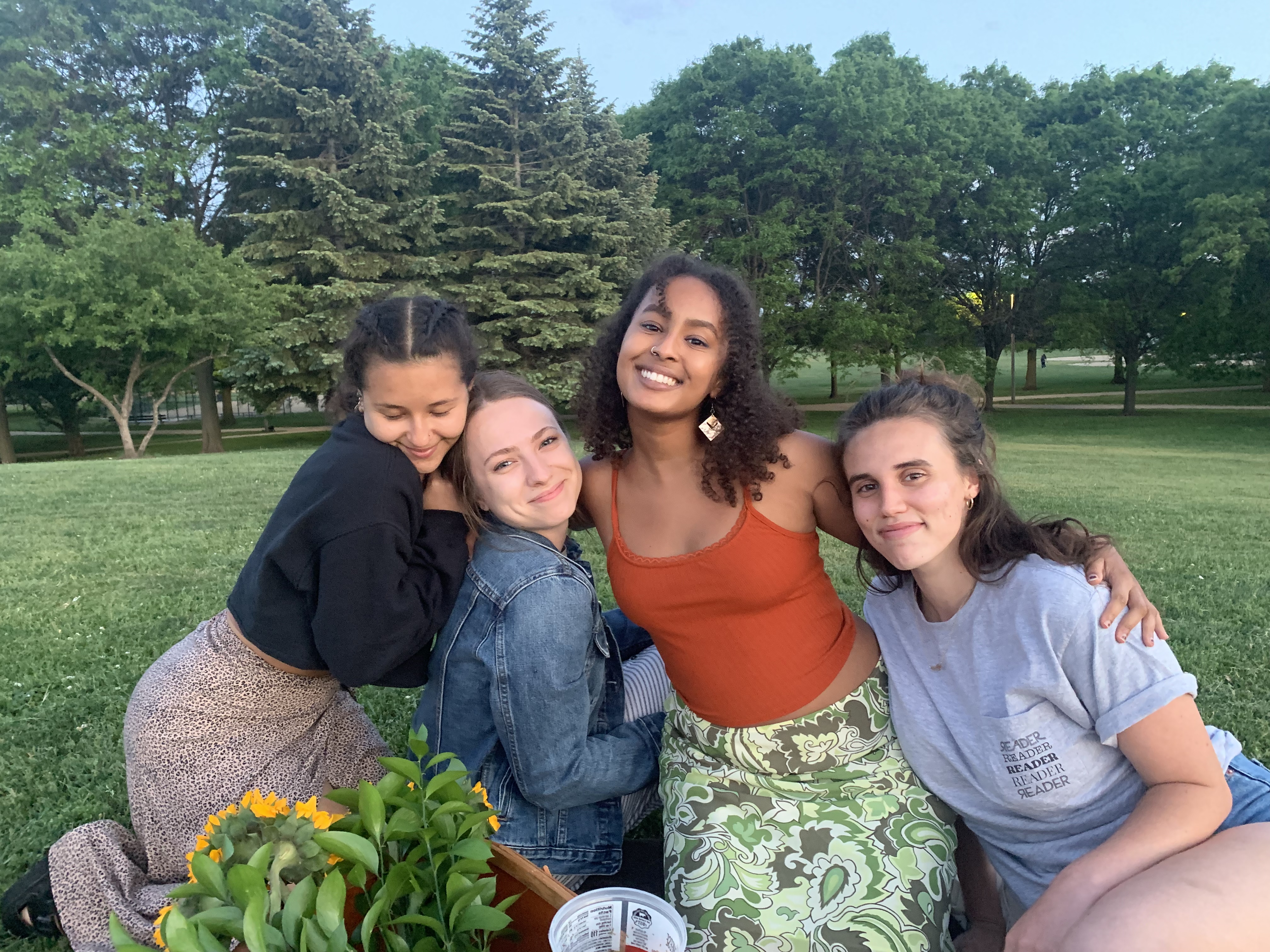 I may not be the biggest of baseball fans, but there’s an inexplicable atmosphere when you enter a stadium for America’s favorite pastime. Maybe it’s the spilled beer, the wobbling drunk dads and the bright lights flickering on as the sun sets. For $20, I scored a ticket. That night at Guaranteed Rate Stadium, the Chicago White Sox faced off against the Minnesota Twins. As a born-and-raised Minnesotan, I took a lot of flak for cheering on my home team in the only baseball gear I own: a Minnesota Twins sweatshirt. I took a couple pals along with me who were in their Sox gear. We ate soft pretzels and watched the home run fireworks, calling it a night at the bottom of the seventh inning (the Twins were losing, so leaving was the best way to preserve what dignity I had left). 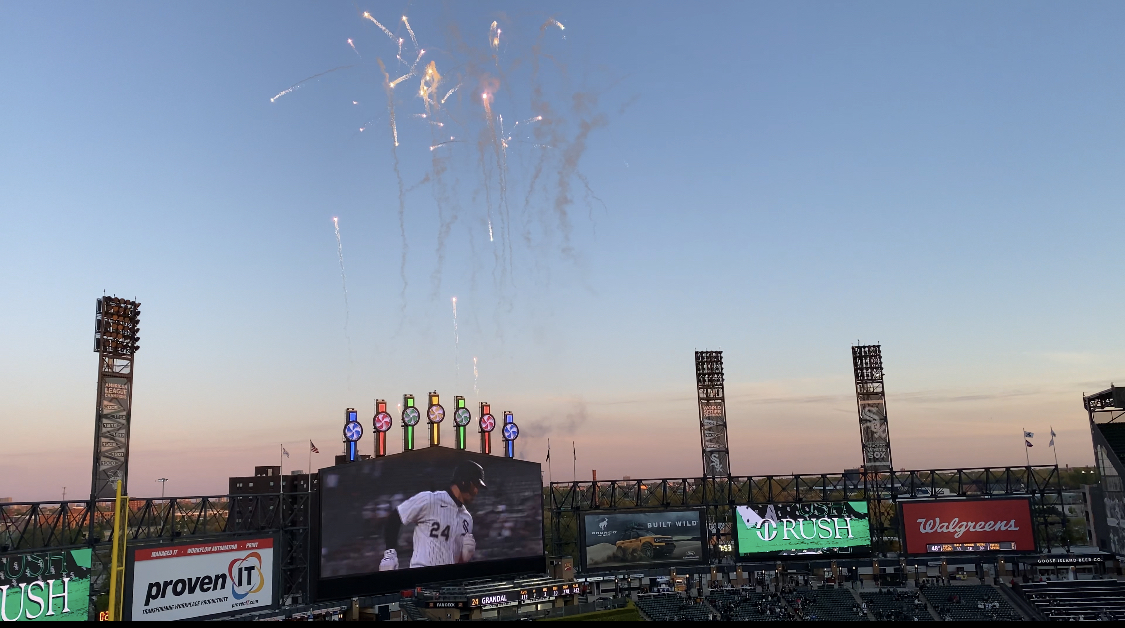 I added Chinatown to my bucket list not because I haven’t been, but because of what it came to mean for me and the nostalgia I experience on its sidewalks. During spring break of my freshman year, I had the opportunity to study abroad in Beijing. Through this short-term program, I cultivated lifelong friendships, made a slew of memories and grew in my personal values and life outlook. All that scripted stuff they spill to you about how life changing studying abroad is? It’s true.

Prior to takeoff, our professor, Phillip Stalley, took the class out to dinner in Chicago’s Chinatown. We sat around a large, lazy-Susan style table for Dim Sum. At this point, we were all just getting comfortable around each other, barely knowing where to start the conversation. We had no idea that two years later we’d continue to look forward to our 10-year reunion trip back to the same bars, restaurants and Hutongs we’d visited in the spring of 2019.

Chinatown, with its beauty, cultural heritage and delectable food, holds a special place in my heart, as it and Beijing hosted some of my most formative college experiences. 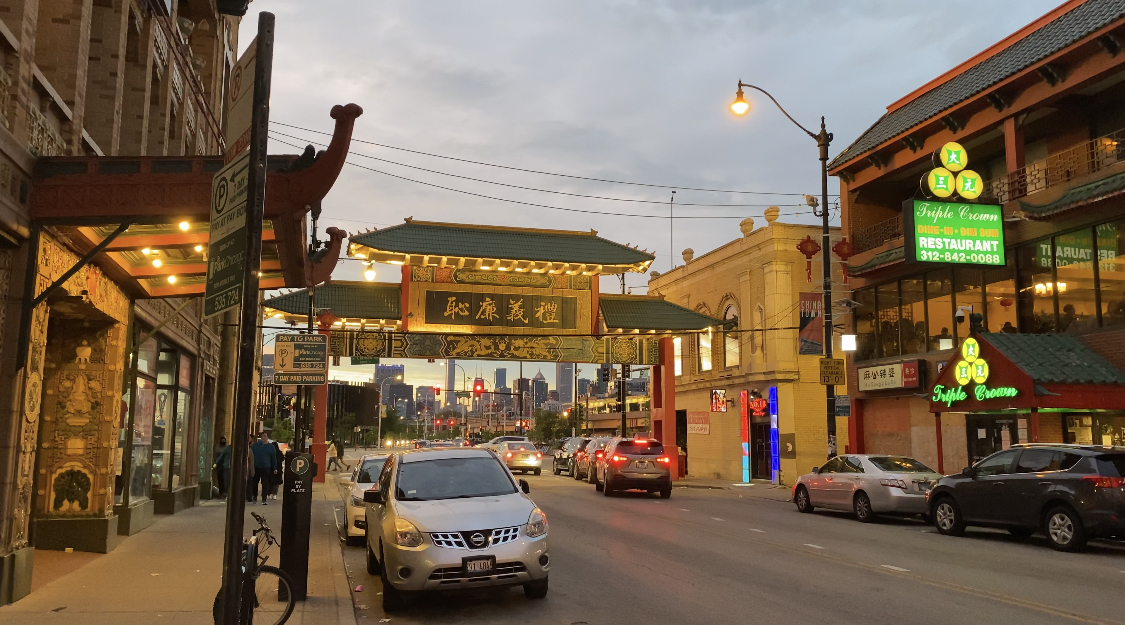 Chinatown with the city skyline to the North. Photo: Hannah Coyle

Art on the Mart

“It feels like we’re in Europe,” said my friend Camila Barrientos as we approached the Riverwalk across from Merchandise Mart. It was 9:30 p.m. on a humid Saturday evening in early  June. We had spent the day at my dining room table typing away at our final exams, mine being my last of undergrad. To walk up to Art on the Mart felt surreal — a reminder that the world is so much bigger than the email pings and annotated bibliographies we’d been engulfed in recently. Every day at 9 and 9:30 p.m. this summer, Art on the Mart projects images on the side of Merchandise Mart. The projections are changed up occasionally, but we were able to see the Adler Planetarium’s moon, earth and stars show, only deepening the feeling of insignificance in the grand scheme of things — a peaceful reminder that I am on the path I’m supposed to be on. 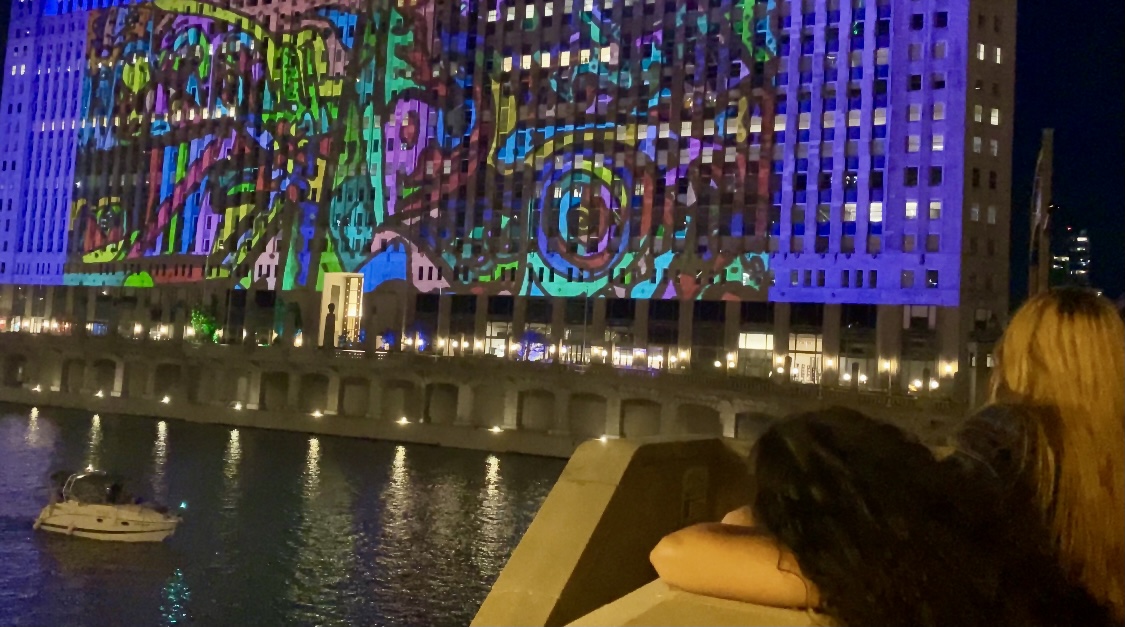 Camila Barrientos and Mary Rose Weber enjoy Art on the Mart from the corner of Wells and Wacker. Photo: Hannah Coyle

I honestly could not imagine a better way to break from finals than to snuggle with some bunnies. Cuddle Bunny in Lakeview is home to a handful of the cutest little creatures. Sitting in the pens, petting them, and watching their little noses sniff and squish released so much stress. They gave me the motivation I needed to wrap up this story. 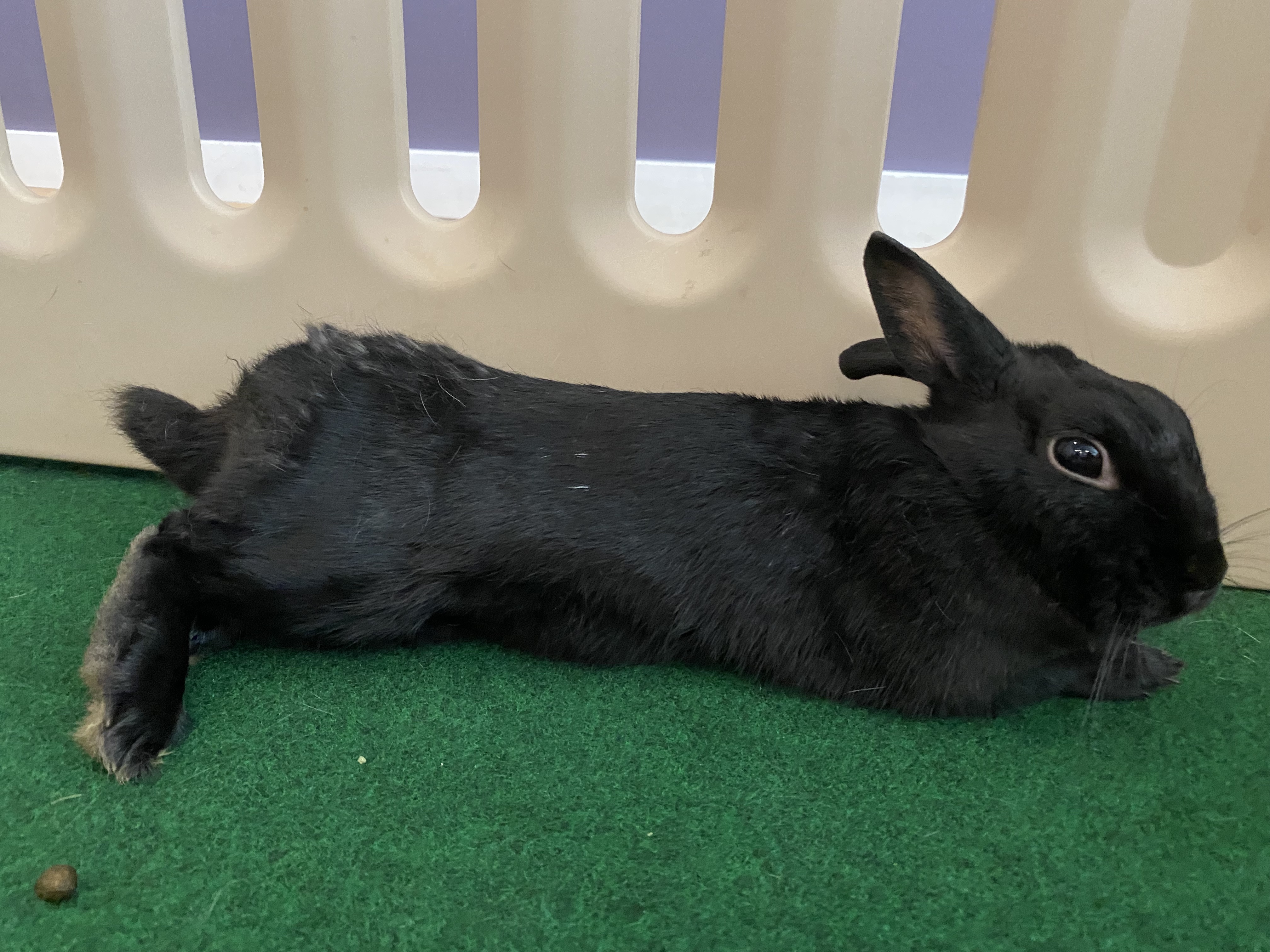 Tia, a 3-year-old Polish bunny, at Cuddle Bunny lounged around as her sister, Tamera, was a bit more outgoing. Photo: Hannah Coyle

It was ambitious to assume that in the last three weeks of undergrad, amidst finals, packing and a part time job I could accomplish everything on my list. Not unlike my college experience, the movement of the clock required me to adapt. A shift in mindset provided the clarity that anything I didn’t check off the list is just one more reason to come back to visit the city. Here’s what I’ll return to do: explore the Indiana Dunes, kayak on the Chicago River, visit the Garfield Park Conservatory, head to Evanston rocks for sunrise and go on an architectural boat tour.

Between the White Sox game, returning to Chinatown and seeing Art on the Mart, I was able to savor the few moments I had left as a city slicker and bask in the joy that the last three years has provided.