The DePaul chapter of the National Association of Black Journalists (NABJ) held its inaugural event on Thursday, in which they hosted a panel to discuss racial bias in the media.

This topic is relevant today as more and more journalists wrestle with the feeling of needing and wanting to speak out on behalf of marginalized groups — many of which may be a part of these groups — while keeping the relationship they have with journalism and its more traditional principles of objectivity. 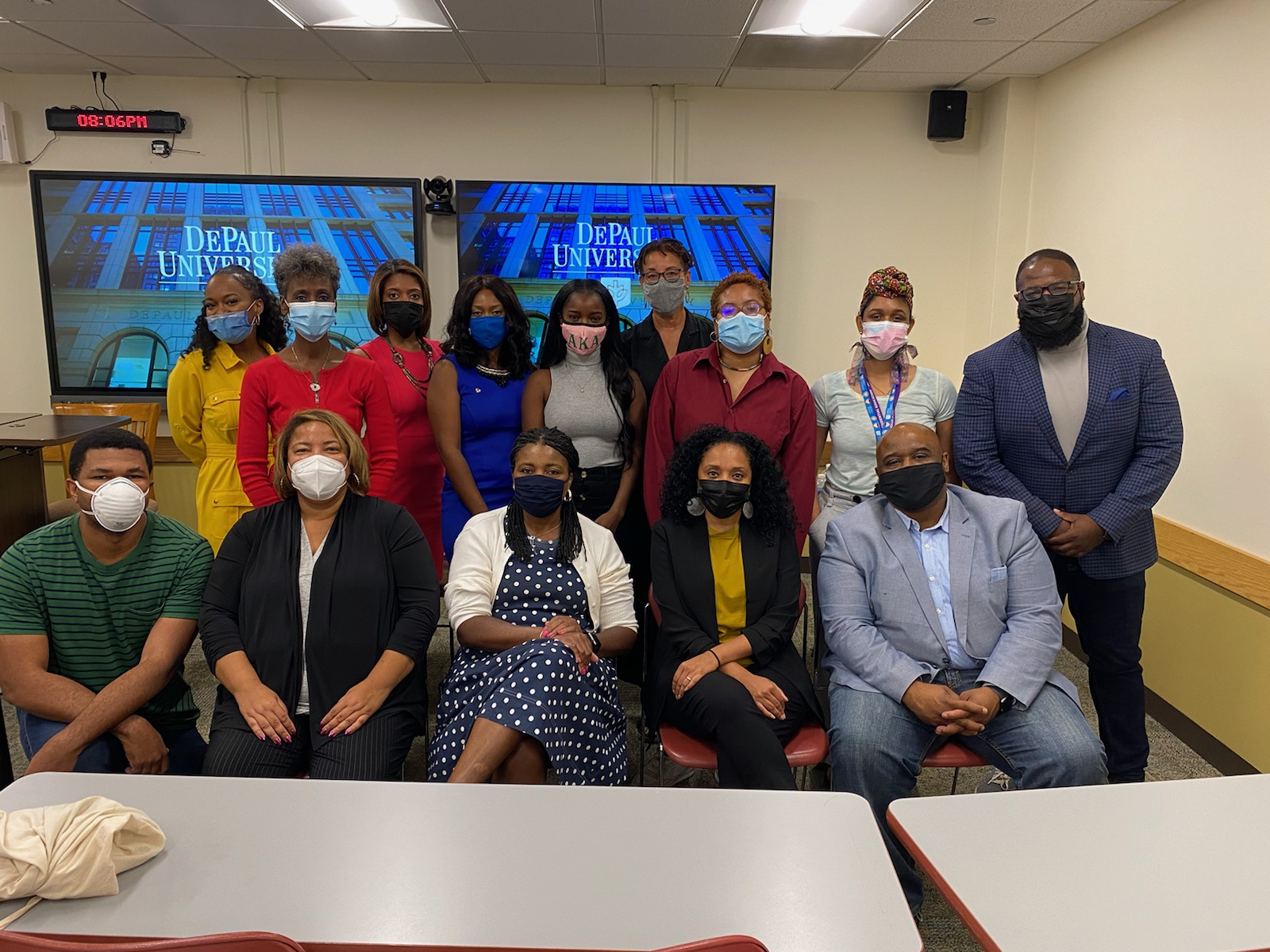 The panelists for this event included NABJ-Chicago Chapter members Candi Meriwether of the Chicago Sun-Times, Tracy Brown of WBEZ, Rochell Sleets of the Chicago Tribune and Tim Russell of WTTW. Each one of these journalists is not only a part of these organizations, but they each hold managerial positions within the company — roles which are overwhelmingly held by their white counterparts. But this allows them to bring a new perspective to their newsrooms and lead the way for future journalists of color.

The panel, which was moderated by DePaul NABJ President La’Nita Brooks, described their experiences with objectivity and activism in journalism, and addressing racial bias in the newsroom.

“You shouldn’t feel bad about the truth … if people want to politicise it, that’s on them.”

Journalists talk at great lengths about this idea and what it really means to be objective or unbiased. But it seems that the opinion of objectivity in journalism is beginning to change. The panel discussed that journalism might be shifting away from objectivity as it is known because it is beginning to understand that different perspectives exist. “I think in our efforts to be objective we lose a key part of mixed coverage,” Sleets said.

In the end, what matters is being fair in coverage.

Yet as Black journalists, they feel they are not as embraced by the new way of thinking. “I think there is this assumption that people of color, specifically Black people, that we can’t be impartial, that we can’t be objective,” Brown said.

Russell added that there is always the assumption of favoritism when it comes to a Black journalist covering Black stories. They have to “go the extra mile” in trying to be fair.

But overcoming this will take time. The panel agreed that journalists of color can’t spend too much time fighting the notion that they can’t be fair. “You have to continue to do the work you’ve been assigned to do and do it honestly,” Meriwether said.

Sleets raised the question, “Are we activists or are we journalists?” It’s the debate that they say young people are bringing to the table. Many journalists are now part of these marginalized groups and they want to speak up for them — and themselves.

So how do journalists balance this? Remember what is at the heart of a journalist’s work: the truth. “We’re truth tellers too,” Sleets said. “You shouldn’t feel bad about the truth … if people want to politicise it, that’s on them.”

Keeping this in mind, Sleets also said journalists of color should watch out for personal biases and make sure they’re not letting opinions get in the way of telling the truth. This includes when working with sources, too. Even though journalists are faced with differing opinions, as a journalist, they should listen.

“We don’t get to turn our backs on sources and people,” Brown said

When it comes to those who don’t see outside of their perspectives, “it’s not our job to teach them.”

In the end, the panel talked about finding those organizations that share the same values as you. The ones that go beyond the stereotypical stories and expand upon the real issues.

“My white editor doesn’t like my ideas.” It’s the story heard all too often in the world of a journalist of color. But what can be done? The progress starts in the newsroom, the panel said. Pay attention to the newsroom, see what’s going on, then find an ally. By identifying those allies, the door is a bit more open to create more impactful work that matters.

When it comes to those who don’t see outside of their perspectives, “it’s not our job to teach them,” Sleets said. They have to also learn to see beyond their biases just as journalists of color have to look beyond their own.

So don’t be discouraged by the answer “no,” they said. Don’t be afraid to stand up for yourself.  “Don’t feel trapped, because there are other people who may understand your point of view,” Meriwether said. It’s tools like this that will help emerging journalists navigate the changing newsroom. 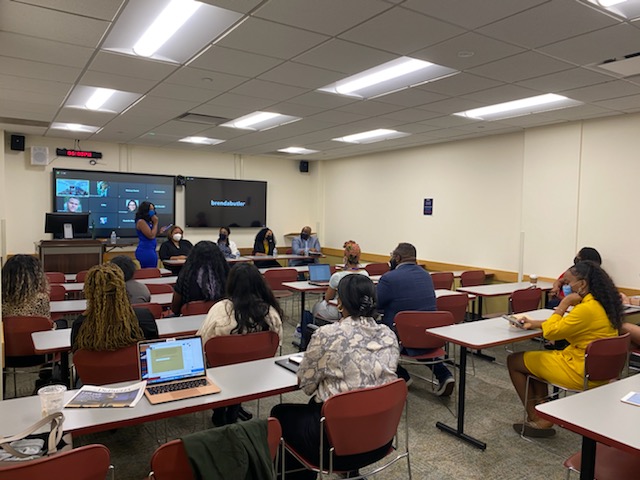 The event was held both in-person at the Lewis Center on DePaul’s Loop campus, and virtually through Zoom. 59 people were able to attend, and DePaul NABJ is looking ahead to more events in the coming months.

“It will be nice to have a community where we feel like we do fit in, especially considering that DePaul is a predominantly white institution. It feels good to know that you have people that have the same background as you and they understand,” NABJ Membership Coordinator Monique Petty said.