The music festival had gone 10 years without a show in the U.S.

After a 10-year hiatus of being hosted outside the U.S., Red Bull SoundClash returned stateside in the closing months of 2021 with their closing show being held right here in Chicago. Headlined by DMV native Rico Nasty and Detroit son Danny Brown, SoundClash is a storied music tradition in which two artists go hit-for-hit on two opposing, or in some cases four, stages for four rounds.

Rico is known for her patented “sugar trap” that contains elements of punk and Chicago Drill, while Brown’s unorthodox rapping style blurs lines between genres. The two artists are both incredibly different yet alike, making for a balanced match-up. Hosted at the Radius, one of Chicago’s newest music venues, located just on the border between Pilsen and Chinatown, SoundClash proved to be a concert unlike any other I’ve been to before. 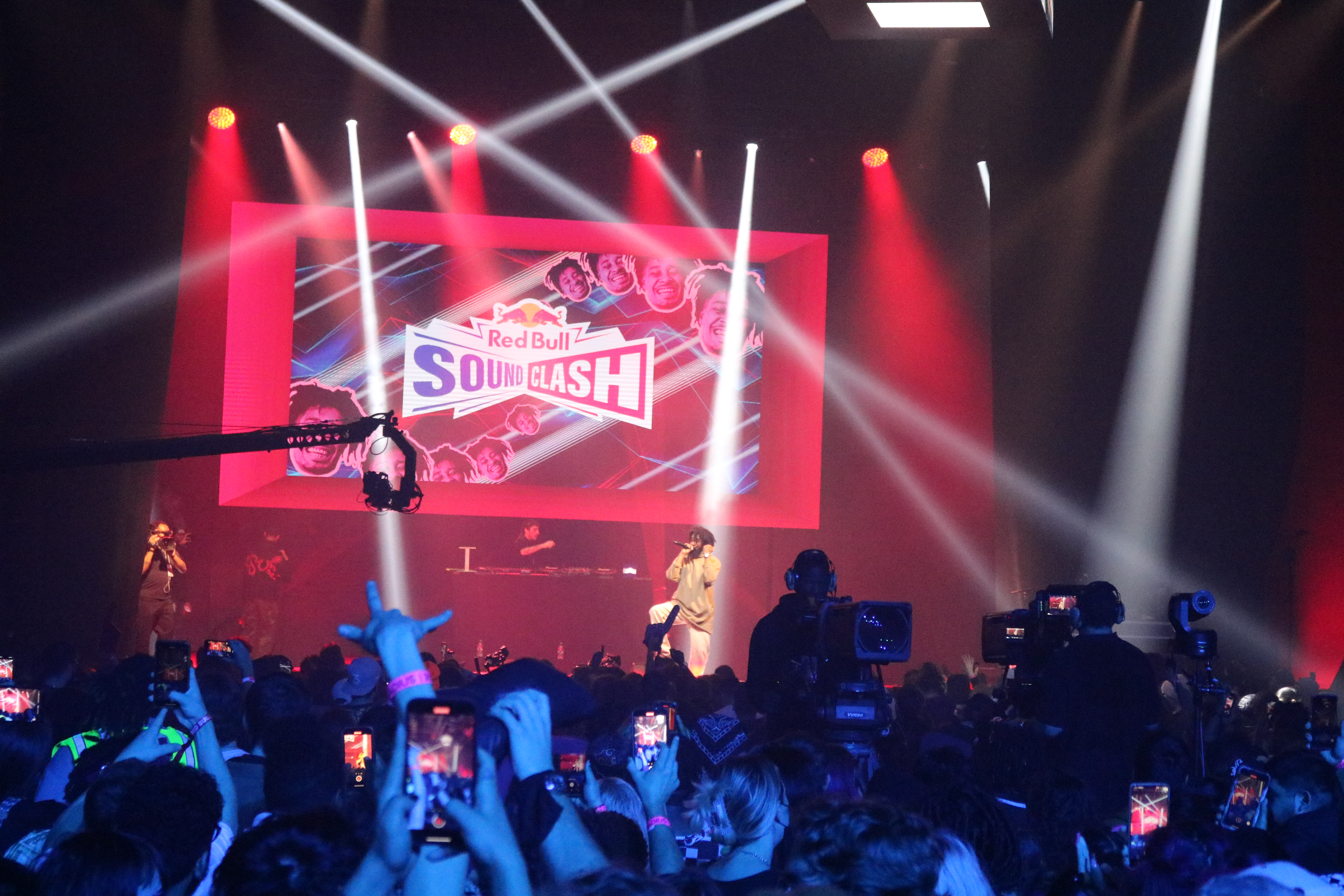 King Marie hosted the show and explained the stipulation for each round. Before getting into the competition, each artist performed a “warmup” round in which the artists opened up with a few of their own original songs to get the show started. Rico kicked things off on her end, setting the tone with her signature explosive energy, primarily performing hits from her latest album, Nightmare Vacation. When it was Danny’s turn, he matched the energy in his own way with songs from his rock-inspired Atrocity Exhibit album.

The first round was “The Cover” round in which each artist performs a cover of any song of their choosing. Nasty once again started this round by paying homage to one of her musical influences and Chicago legend Chief Keef with a cover of “Faneto.” As soon as the signature “Gang In This B***h” at the start of the song blared through the speakers, everyone in the audience knew what was up, and recited the song word for word, bar for bar with Rico. Danny Brown, on the other hand, pulled out perhaps the biggest surprise of the night by performing Korn’s “Freak On A Leash” with a live rock band. By the end of this round, the crowd was completely electrified and looking forward to whatever surprises lay next. 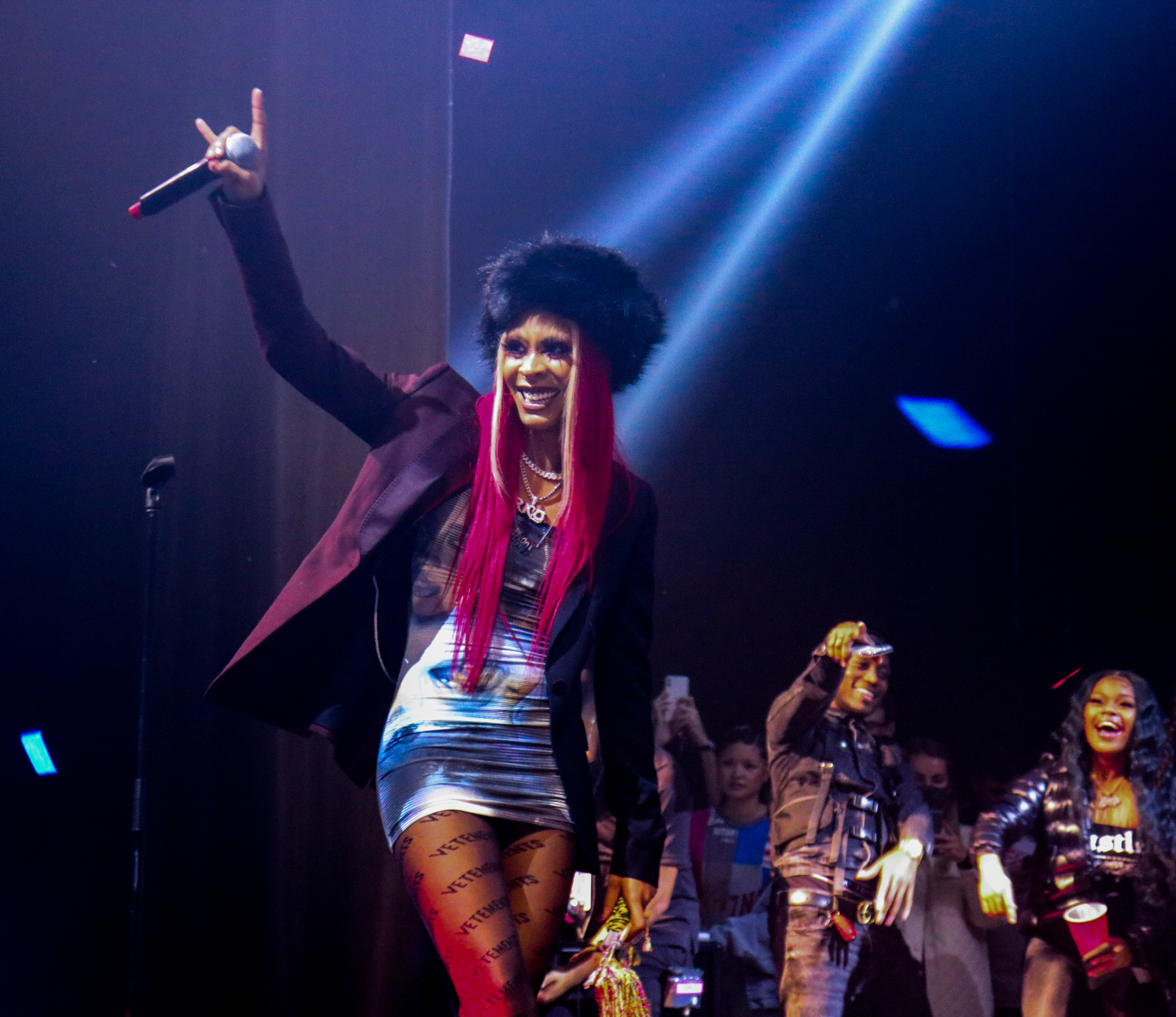 The next round was “The Takeover,” in which both artists start with a song of their own before allowing the other to take over halfway through and end the song with their own unique flavor. The two have never worked together on a song before, so this round gave a look into what a potential collaboration would sound like. Their abrasive styles meshed well, as both sounded perfectly natural performing on one another’s tracks. The third “Clash” Round gave them time to perform three of their own songs again before pulling out all stops in the final “Wildcard” round.

As the name implies, anything could happen in the wildcard. Both artists brought out special guests that put a spotlight on Chicago’s own music scene. Queen Key represented the women in Drill as Rico’s special guest, performing her classic song “My Way.” On the other end, Danny Brown brought out fellow Detroit rapper and Bruiser Brigade member ZelooperZ to perform for a feature before bringing out legendary footwork crew The Era. Backed by DJ Spinn from Teklife, Danny Brown paid tribute to the late great DJ Rashad, who was one of the leaders of the footwork movement and founders of Teklife, by saying “RIP Rashad” into his microphone and footworking himself. 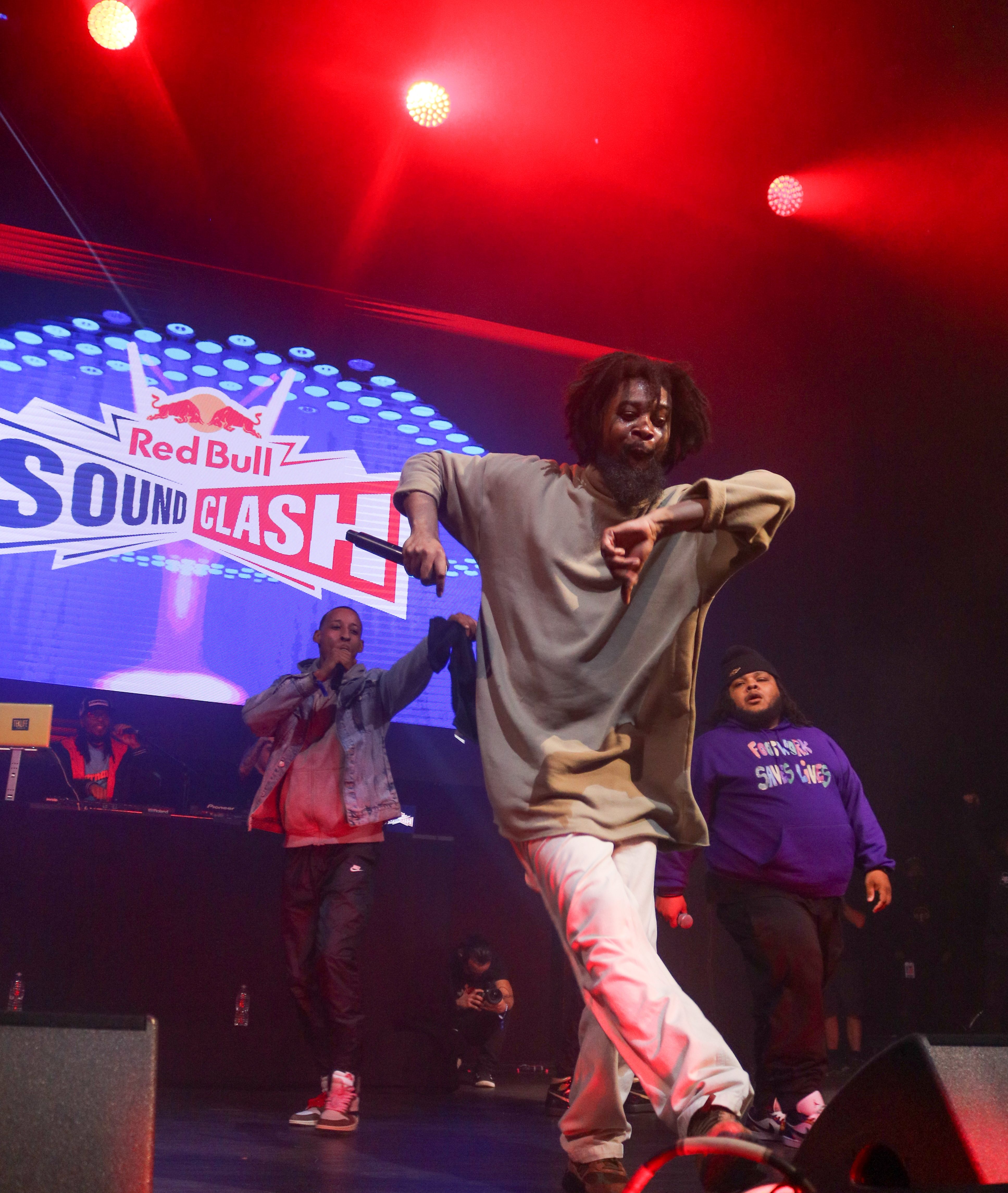 After Teklife’s performance, Rico Nasty joined Danny Brown to share the stage together and thank the audience for sharing their night with them. The two closed the night with a bang by performing a duet of Rico’s biggest song, ‘Smack A B***h,” as confetti rained down from the rafters, capping off the first SoundClash tour on U.S. soil in a decade.

Technically, there’s supposed to be a “winner” from the competition, but they never announced who won. Perhaps this was the best decision to end the night because pitting two legends against one another never solves anything. At the end of the night, fans of both artists were treated to an unforgettable night from two of hip-hop’s most unique stars.