60 Minutes Host Addresses Journalism Questions of the Moment: “The only thing I know to do is to just keep reporting the truth”

When Bill Whitaker covered his first presidential campaigns in the ‘80s, he would do so from the candidates’ planes or at their side all day, digging deep between rally stops and press conferences.

But by his last presidential election coverage in 2012, the veteran journalist and 60 Minutes host found himself relegated to shouting questions at then-presidential candidate Mitt Romney behind a line of yellow police tape from a sea of reporters.

“You have much less access,” Whitaker said. “I think it’s certainly not great for us as journalists, but I don’t think it’s great for American voters either.”

Whitaker’s decades-spanning career has taken him across the globe, from covering the war in Afghanistan to the tsunami and nuclear disaster in Japan and the 2010 earthquake in Haiti. But on Thursday, April 28, it was his groundbreaking work in his field that led him to receive the Distinguished Journalist Award from the DePaul University Center for Journalism Integrity and Excellence (CJIE) in Chicago.

Before the awards ceremony at the Union League Club that afternoon, Whitaker spoke with 14 East reporters to share insights from his career and the business side of journalism.

In the face of modern-day journalistic challenges — from restricted access to those in power to disinformation and conspiracy theories becoming mainstream — Whitaker has a simple message: “Just keep reporting the truth.”

“It’s my hope that if people hear the truth, coming from a certain source, constantly, repeatedly, at a certain point … it will start to have an impact,” Whitaker said. “I’ll get the truth over here.” 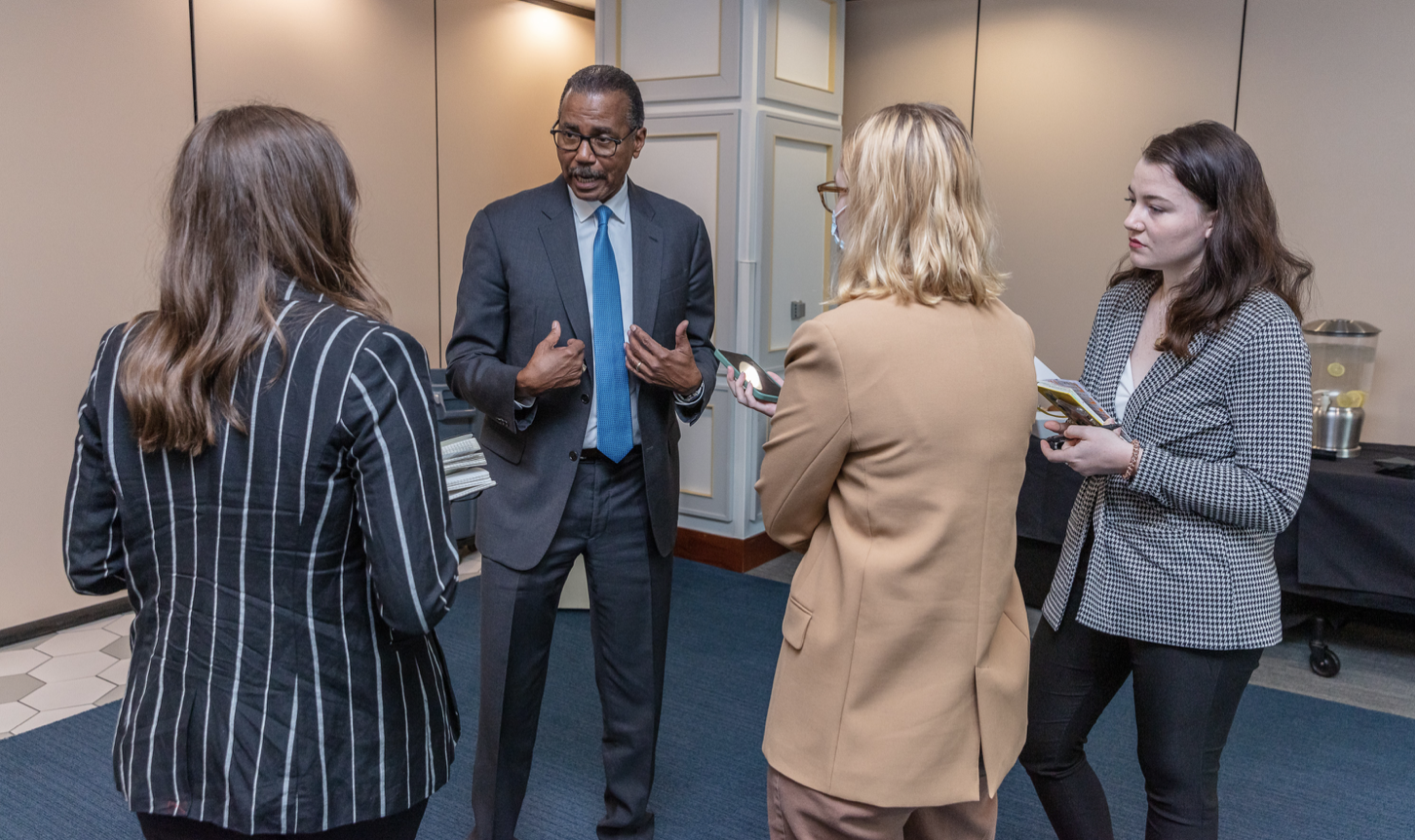 For many in the U.S., that source of truth is the local media. The survival of local news outlets is yet another challenge facing young journalists today — as many local papers have been bought out by hedge funds and others shift to nonprofit status to try to stay afloat.

Whitaker said this was one of his many concerns about the future of journalism.

“There are a lot of local papers that just can’t find a way to make local news profitable, and that’s a real tragedy because most of us get our news from our local sources.”

As Whitaker explained, journalism’s revenue problem is a problem for our media landscape. If existing newsrooms cannot find a way to change their business models to fit the times or figure out how to make news more profitable, they may cease to exist.

In November, Poynter reported closures of over 100 newsrooms during the COVID-19 pandemic, and over 1,800 newspapers have closed since 2004. Many of these closures are from small newsrooms, often the only news source for some communities. When the Edmond Sun newspaper in Edmond, Oklahoma, closed in May 2020, readers were directed to the nearest newspaper 32 miles away in Norman, Oklahoma.

More news organizations must find new and innovative ways to sustain themselves, such as the new partnership between Chicago Public Radio and the Chicago Sun-Times. Earlier this year, the two news organizations merged, creating one of the largest nonprofit newsrooms in the country.

Newsrooms across the country shifted focus at the start of the pandemic, finding new ways to keep their employees safe from the airborne virus while still reaching community members with essential news. Newsrooms have shifted to exclusively online publishing, podcasts and relying on reporters to live-tweet updates as they cover a story — all mediums accessible to both reporters and consumers from a phone or computer. Newsrooms merge and reporting methods change, all developing as quickly as the world around them.