The Typical and the Spectacle

Vinyl Is Expensive and CDs Are Lame

Vinyl Is Expensive and CDs Are Lame 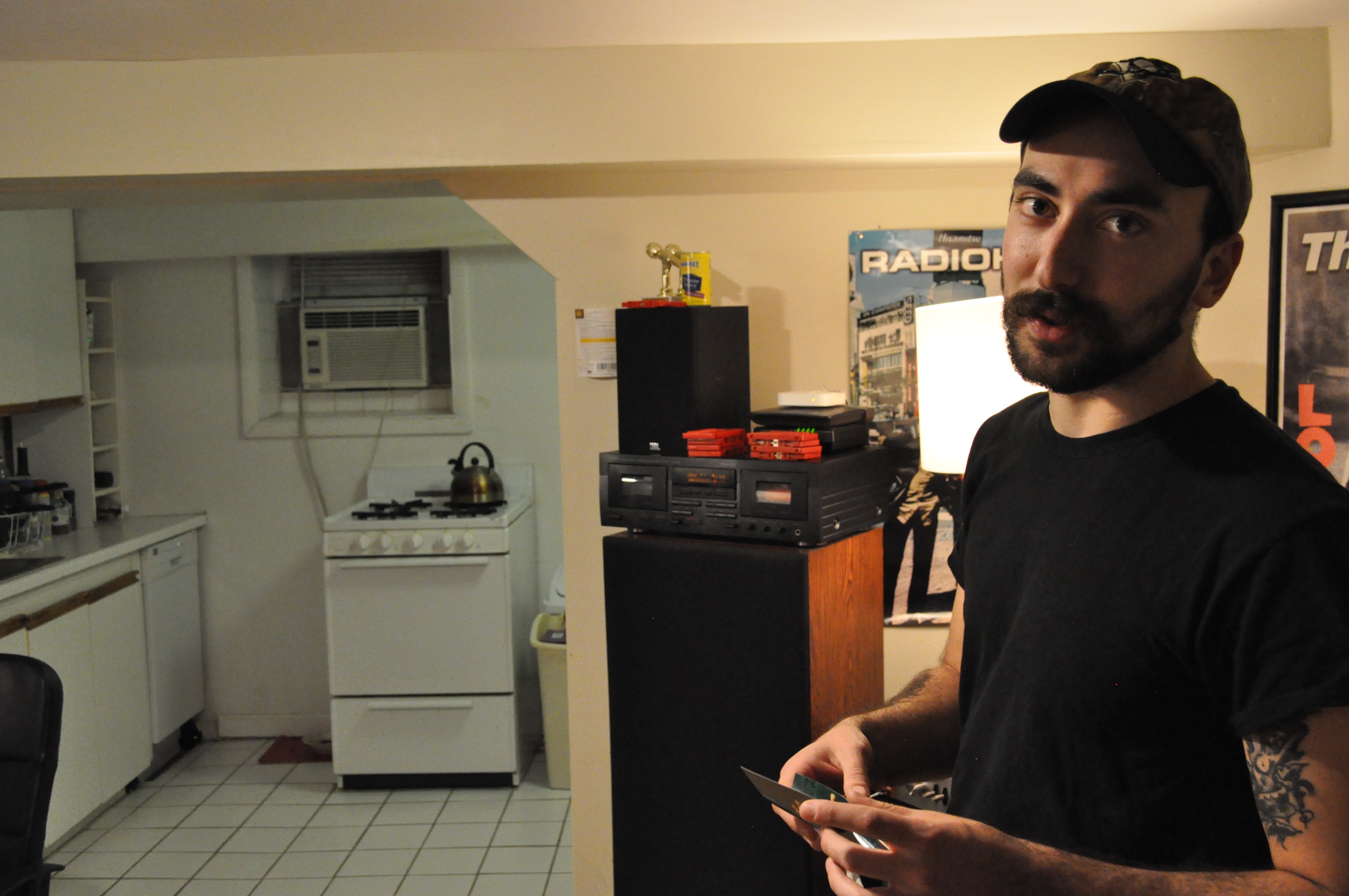 After a long day of biking and singing, local band Close Kept took the stage at Township along with Terriers and Faux Co to finish off Chicago’s Fickle Cycle Festival in August. The crowd was lively but intimate, and they sang melodramatic, yet lovable lyrics loudly along with Close Kept front-man and songwriter Chuck Wynne. Some of the material was from Close Kept’s predecessor Sorry Charlie, some of it was brand new and debuted with their first-ever bass player. But most of the songs performed could be found on Close Kept’s most recent release, Simple Facts, which was available for purchase as a hard copy after the show. In the age of digital media, selling hard copies of music is widely considered somewhat against the grain. And of all physical mediums to choose from, Simple Facts was distributed on cassette tapes.

Jake Puleo, a friend of Close Kept and a local biker, is the founder of a cassette-exclusive label called Entry Level Media. The label released the Simple Facts tape in May.

“Cassettes fall into that weird middle ground where it’s like they’re just difficult enough to make,” said Puleo. “It’s kind of a pain to make on your own, whereas with a CD you can just put (it) into your computer to make one.”

A “corner from the wrong decade” is 23-year-old Puleo’s description of the music sanctuary in his living room. This is the space where he keeps his collections of vinyl and tapes, where his turntable spins, and where his cassette-friendly stereo system produces tapes for the three bands on Entry Level Media: Close Kept, Sunshine Girls, and Bruised. 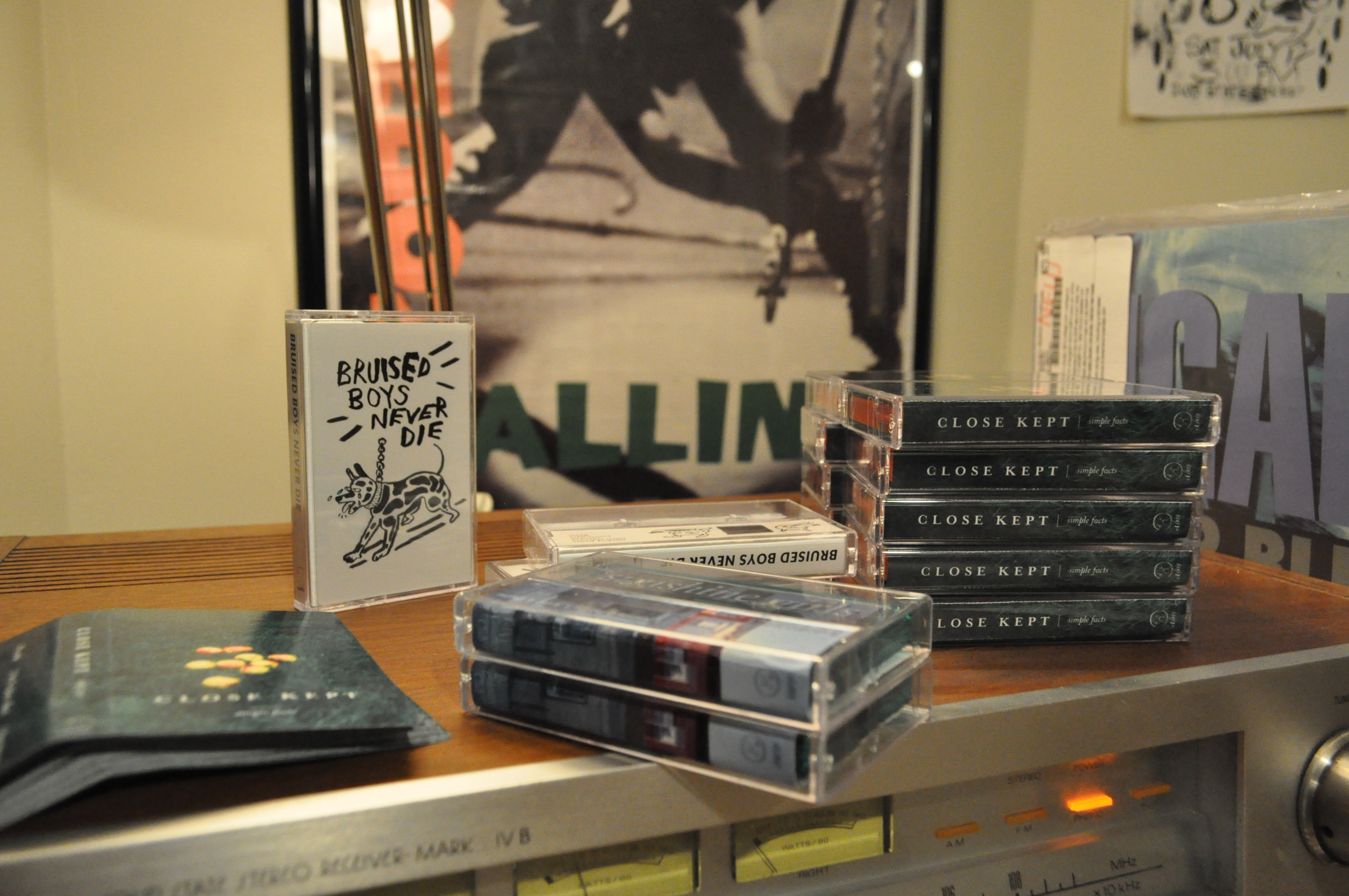 Though he still collects music digitally like the rest of millennials, Puleo finds it philosophically satisfying to have hard copies of media, whether it’s a tape, a record, or a book. According to Puleo, collecting physical audio media serves as a direct response to the digitization of contemporary media. All the bands on Entry Level Media, however, also record digitally and have their music available on Bandcamp.

“I’m definitely a grade-A-hoarder,” said Puleo. “In the age where everything is getting smaller and smaller, it’s nice to hold stuff and actually have things.”

While it is true that local music lovers enjoy physical copies of music, compact discs are out of style, according to Scott Hartge, drummer for Close Kept.

“CD’s are like glorified download codes,” he said. “You just put them on your computer, you rip them on your computer, then –poof– you never see that CD again.” Hartge’s preference lies in cassette tape media. And he isn’t alone in his opinion. More and more in niche DIY music scenes, cassette tapes have become a preference for collectors and creators of music. Steve Pepp, president of a cassette tape manufacturing company called National Audio Company, told Bloomberg they sold more tapes in 2015 than any year since their conception in 1969.

Hartge and Puleo certainly defined a reasonable critique of compact discs as a physical form of audio. But the draw to cassettes feels strange for some audiophiles because of the inherent loss of audio quality in tapes, according to Jack Campbell, 22, a sound recording and technology major at DePaul University. Most audio enthusiasts, according to Campbell, prefer vinyl to tape because of its ability to replicate a pure analog sound without the “high noise floor” that comes with tape.

But pressing and collecting vinyl is expensive. According to Puleo, creating 50 tapes costs between $60 and $150, whereas pressing vinyl can easily cost thousands of dollars.

“If we could be doing vinyl, we would,” Puleo said. “Cassettes are the second best thing, I guess.”