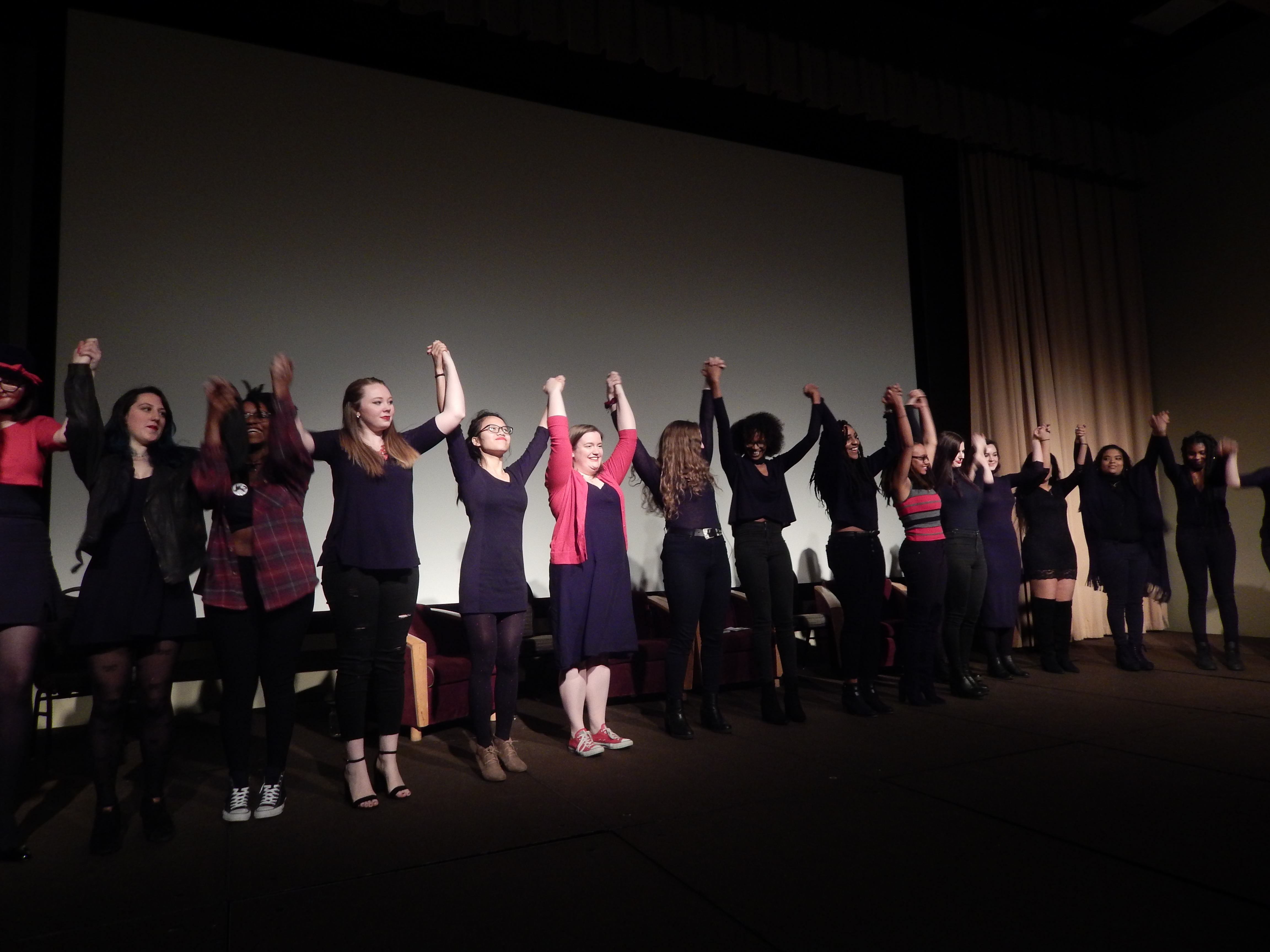 The room was full of power. Cheers echoed and finger snaps reverberated from the walls of 120AB in the Student Center. In the air hung laughter and loss, hidden truths and exposed secrets. It was a subject that dared to be touched. It was accepting womanhood and embracing femininity. Strength hovered around the word whispered by society but praised by 26 women and non-males: vagina.

On the weekend of Friday, Feb. 10, the DePaul Women’s Center, Theatre School and Office of Health Promotion and Wellness hosted the 18th edition of the Vagina Monologues. Bold and fearless, the show confronted topics such as gender conformity, race, abuse and stigma concerning sexuality. Proceeds from the performances benefited non-profits such as Rape Victim Advocates, A Long Walk Home and Take Back the Halls.

“It’s art as a form of liberation,” student director Charia Rose said, who has been involved with the production for three years. “It allows people to live their truth in the most radical way, and that itself is so powerful.” 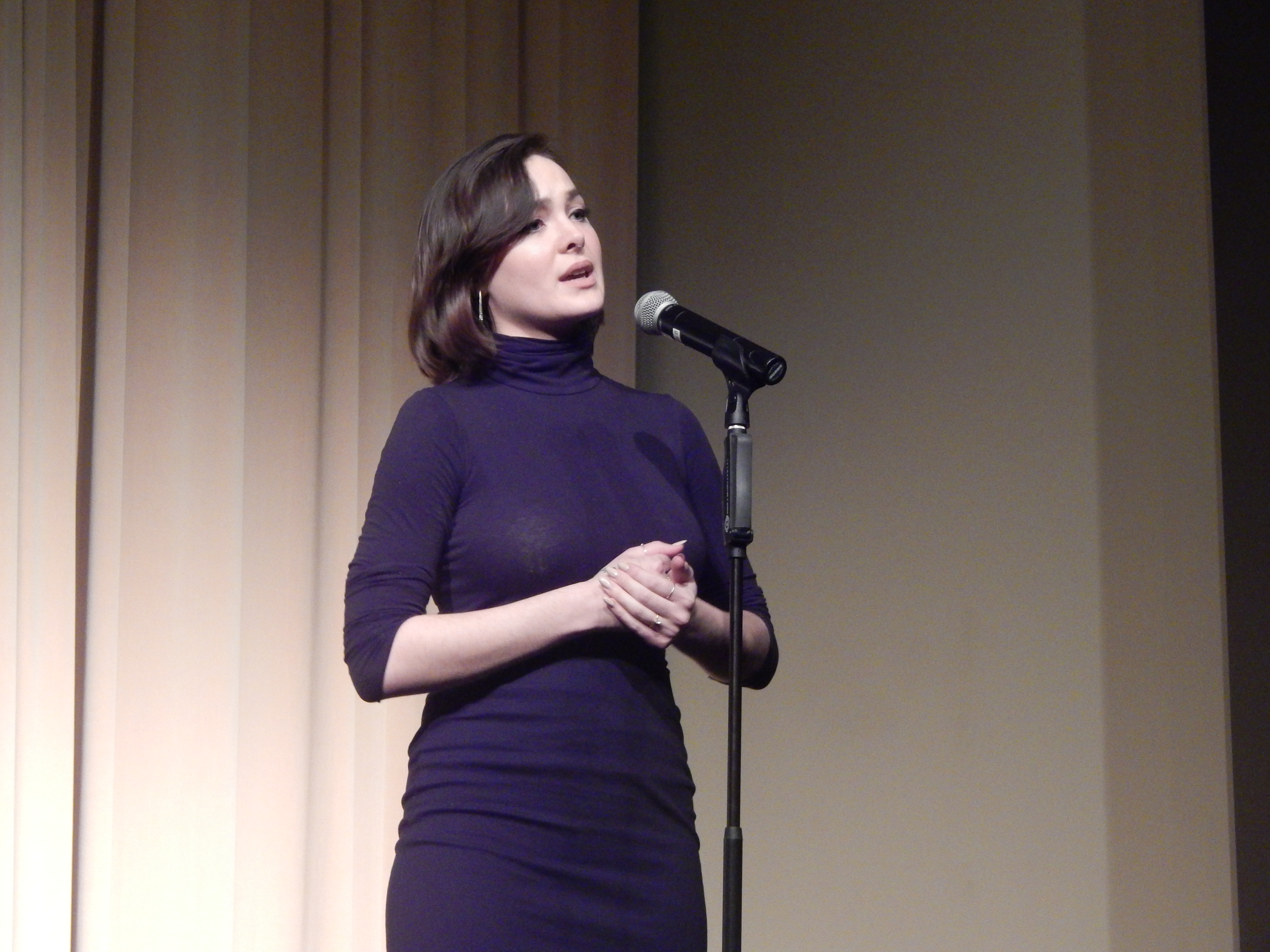 Written by Eve Ensler in 1996, the play was originally heralded as “a work of art and an incisive piece of cultural history” by Variety. Ensler’s goal was to destigmatize female sexuality and remove the negative connotation associated with vaginas. In an op-ed with Time, Ensler said, “The public utterance of the word alone was explosive as so much of the truth about what happened to vaginas was repressed, denied, kept secret, and coated in shame and self-hatred.”

Since its start in 1999, the Vagina Monologues at DePaul University has continually worked to embrace womanhood. Described as “an example of activism and solidarity” by Alexa Redick, a Women’s Center team member, the performance was brought to DePaul when “a community of women decided that awareness in the academic community about the sexual and abusive violence by the patriarchy and other systems of oppression was long overdue.” Using the play as a form of protest, its objective was to publicize forms of oppression and fight for social justice.

Almost two decades later, though, and a play once considered progressive turned exclusive. In 2015, Mount Holyoke College in Massachusetts cancelled its annual performance of The Vagina Monologues, claiming the play excluded transgender women experiences. DePaul aimed to build on these critiques, creating a dialogue that extended beyond anatomy and toward identity.

“Ensler’s original version of Vmons is incredibly white and middle-class centered,” Redick said. “However, as time progressed, directors thought that VMONS would be more truthful and ‘raw’ if the cast were to share their own stories and experiences interwoven with Ensler’s work. Today, Redick said, the performance at DePaul is “an example of a truly intersectional body of experiences that are inclusive of what different identities and relationships to violence and abuse looks like.” 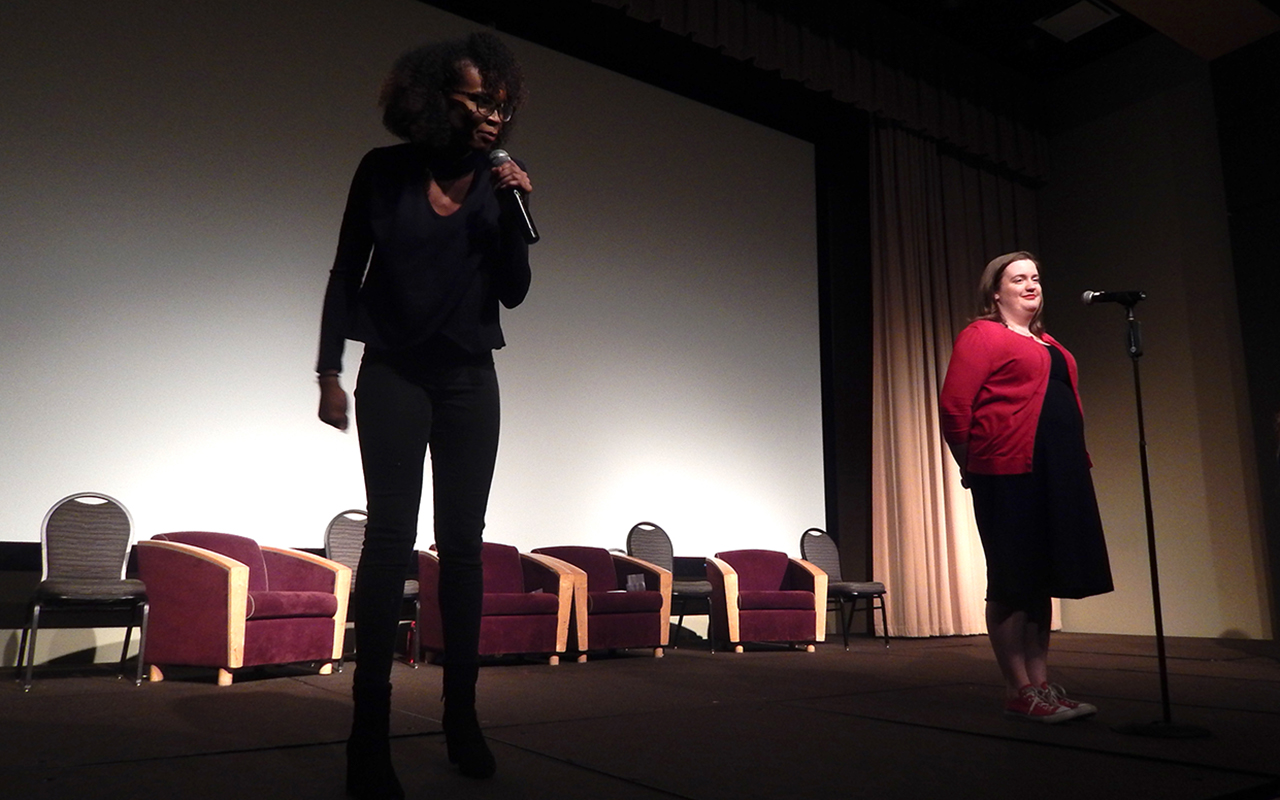 During the Saturday night showing, performers beckoned the crowd to share in their experiences. Women, students, friends commanded the stage. Halfway through the show sophomore Erin Roux quietly stepped onto stage with a gentle smile. Meekness faded, though, as her voice boomed with emotion of her piece: “Hysteria.” Stemming from the Greek word for uterus, hystera, the term hysteria today is defined as a disturbance of the nervous system, attended with emotional disruption. Described by Roux as a “piece of healing,” the monologue concerns being a woman with mental illness and the surrounding stigma.

“It’s an outlet for me and a source of empowerment,” said Roux. “It’s a form of resistance, being who we are and living in these bodies.”

In another personal monologue, junior Allison Cavahlo’s numbers different experiences with masculinity based on Rudy Francisco’s poem “17”. The sequence of 17 acts as a “number of scars,” according to Cavahlo. Her story included encounters with past boyfriends, some with her father, some uncomfortable Uber drives and others of sexual assault while riding the CTA Red Line to school.

“I could read and be unapologetic,” said Cavahlo. “It’s a really cathartic process and it means something different to everyone in the cast.”

Halfway through the performance , though, and the once energetic room turned still. An MC approaches the mic as to announce the next performer. She calmly reads from a half folded piece of paper, yet no one approaches the stage. Aiden Fraser passed away a few days prior to the weekend performance. In light of his absence but still understanding the weight of his story, but not overpowering his voice, his piece was put on display for audience members to read, understand and reflect. Fraser’s piece highlighted his voice as a trans male to help express the notion that not all women have vaginas.

“His monologue pieces in something bigger than ourselves,” said Rose.

It’s more than vaginas, or women, or destigmatizing; it’s community. The Vagina Monologues works to create an atmosphere of togetherness, fostering a sense of inclusion that is open to all people expressing womanhood in their own form. It’s a group that comes together in strength and weakness, offering an outstretched hand.

“It’s a space to just be,” said Cavahlo. “You learn to love the parts of yourself that aren’t pretty and just say ‘this is who I am.’’’ 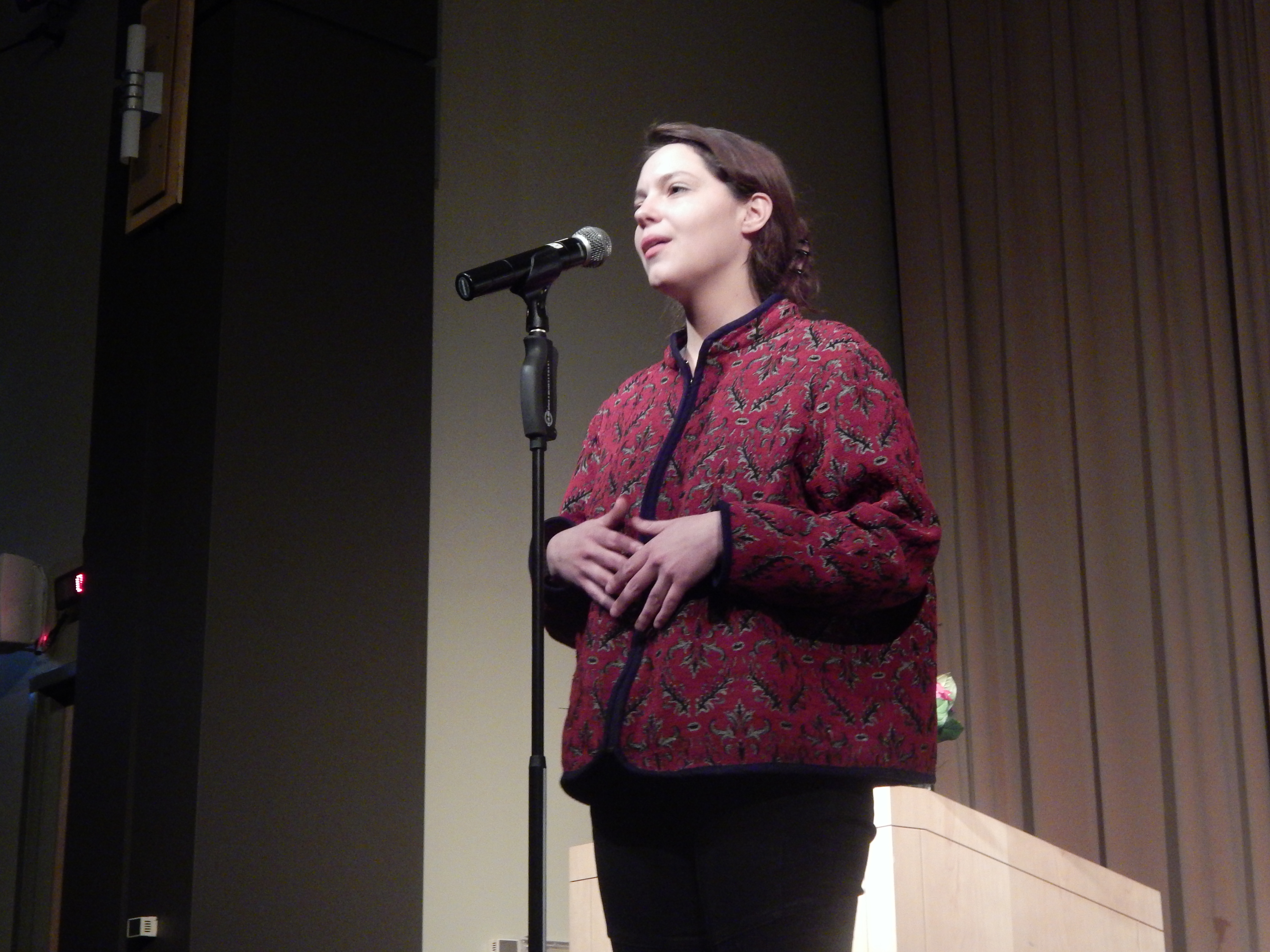 The Vagina Monologues ended the performance with a stage crowded by women. Women of color, white women, soft-spoken or outgoing, straight, gay and intersections so intertwined in identity unique to each individual. Through these differences they share a sense of interconnection, of embracing one another and their experiences. Finding love through acceptance, they join hands, sharing a bow of confidence. They stand tall, together.

“It’s a community that takes ownership in experience, a place to not have judgement,” said Rose. “You should love [others] because they differ from you.”

Hear more about the inspiration behind Allison Carvalho’s piece and her experience working with the Vagina Monologues here:

Correction: An earlier version of this piece described the stage as being “occupied solely by women.” We would like to clarify that the Vagina Monologues featured a community open to people of all gender identities.