Sixth Time Was the Charm

How HBO Became the Gold Standard of Television

How HBO Became the Gold Standard of Television 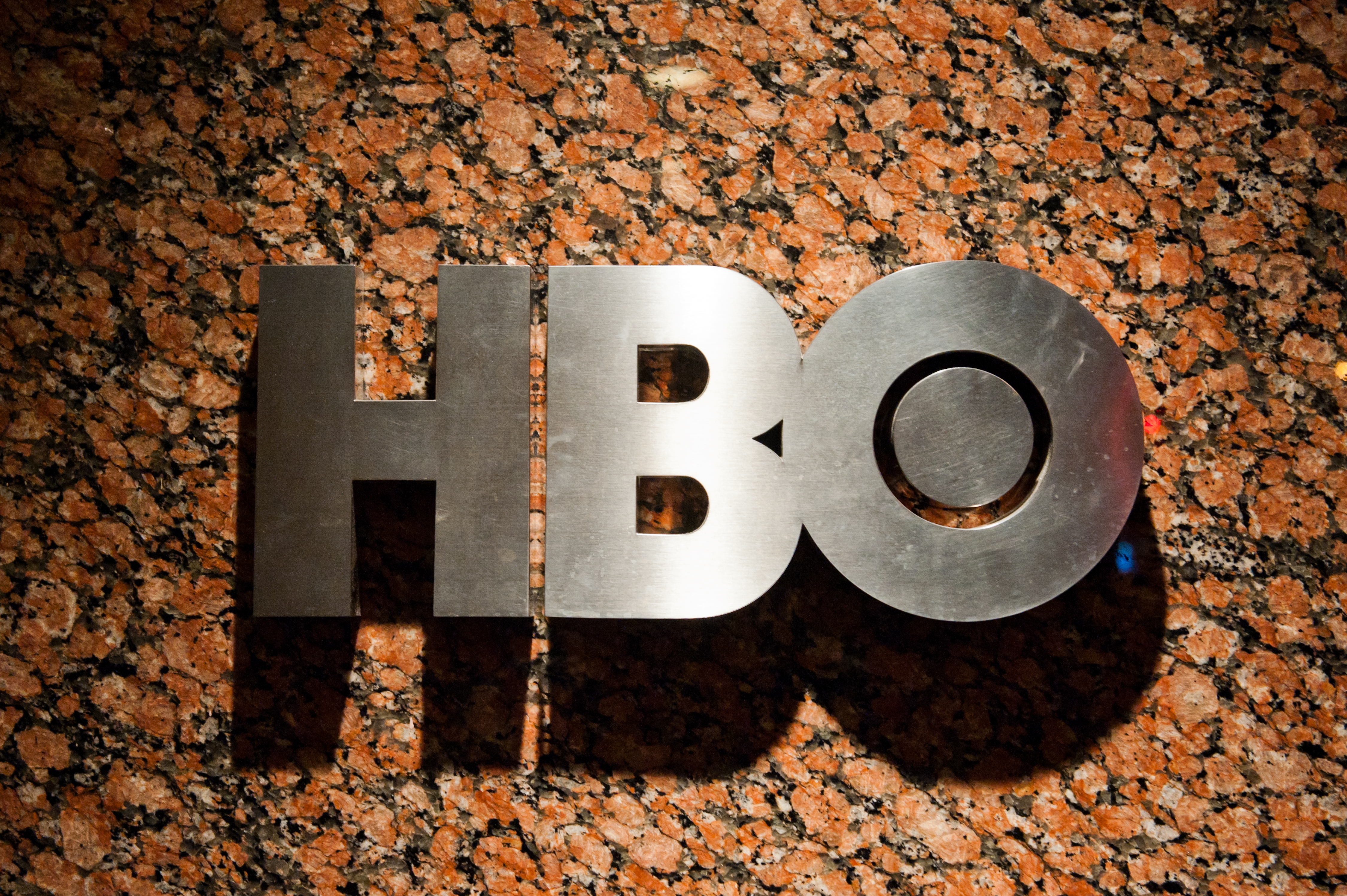 During the 1990s, HBO was still trying to make a name for itself with original series like “Tales from the Crypt,” “Mr. Show with Bob and David,” and “The Larry Sanders Show.”  While many of these series often received critical acclaim, the network had come nowhere close to the level of commercial and critical success that ABC, NBC, and CBS experienced.

In 1997, HBO aired its first one-hour dramatic narrative series, “Oz.”  The series took risk after risk in creating an environment that felt more real than anything audiences had ever seen on television.  The series used its setting of a maximum-security penitentiary to candidly discuss race, critique the U.S. justice system, and properly frame homosexuality and rape in the prison system.  Though “Oz” was not nearly as well received as many of the dramas that followed it, it is renowned for its profound subject matter, its defiance of television conventions, and its establishment of the HBO Drama.  “Oz” turned heads, but two years later HBO would find its big break in a little show called “The Sopranos.” 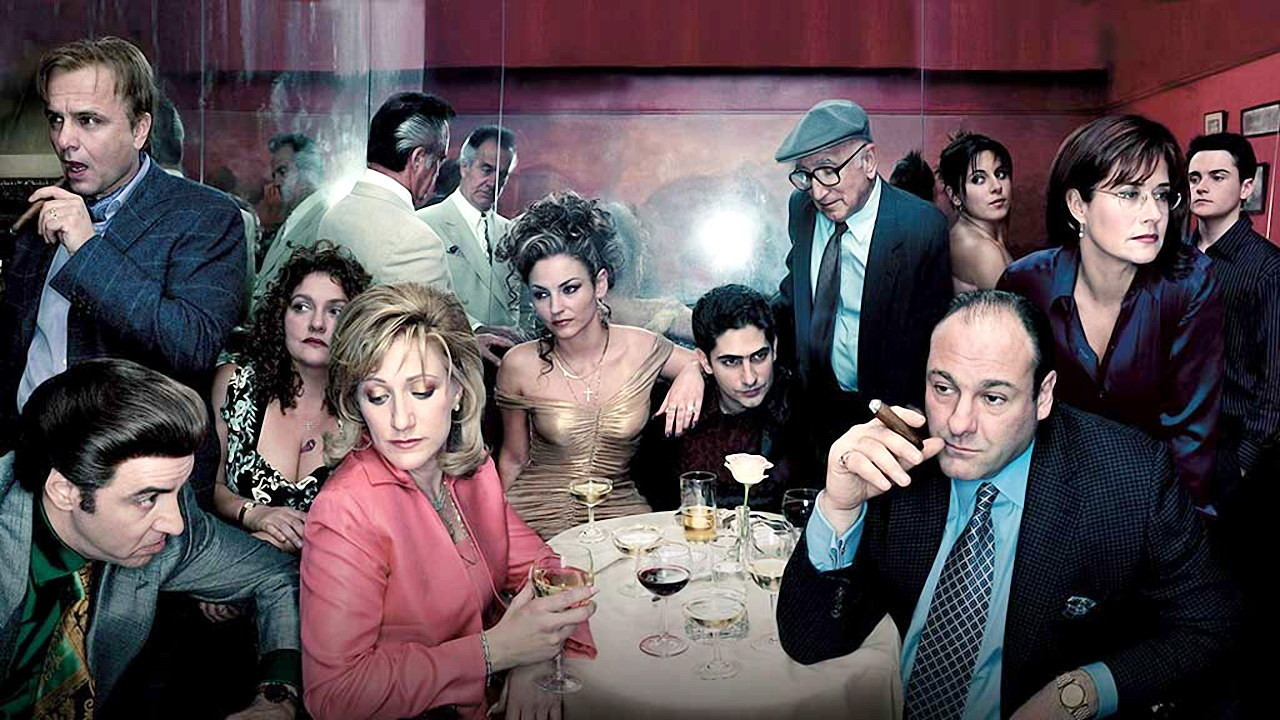 “The Sopranos” is widely considered among scholars and critics to be one of the most important television dramas.  Matthew Weiner, the creator of “Mad Men,” credited it with beginning a modern Golden Age of Television.  The series premiered to 3.45 million viewers.  During its fourth season, “The Sopranos” reached its peak viewership as it was watched by upwards of 13.4 million, making it HBO’s most viewed series prior to the era of streaming and DVR.

The series follows New Jersey mob boss Tony Soprano, played powerfully by James Gandolfini.  Tony struggles with anxiety, depression, his domineering mother, and keeping both of his “families” intact.  The writing, directing, and performances are all received with nearly unanimous praise by television historians (the Writers Guild of America even declared it the best written television series of all-time).  But “The Sopranos” reached its legendary status because of the uncompromising vision of creator David Chase, who considered the show a “middle finger at the TV establishment.”

Each character has their own psychological road map.  Their choices carry weight and have everlasting effects on their lives.  They confront human existentialism, Italian-American identity, gender roles, and living in an age of unforeseen human and technological advancements at the turn of the 21st century.  Moreover, the subtlety with which the creative team treated the subject matter of the series was unprecedented.  Chase once said in an interview with the Hollywood Reporter that one of his main goals for the series was to never give the audience all of the answers.  Tony Soprano’s search for a profound truth was what made the show’s world so relatable, even amidst its mafia backdrop.  At its core, “The Sopranos” was a Greek tragedy.  No matter how many dreams or epiphanies Tony had, he was always the same flawed man we had come to know and love (and, at times, hate).

When “The Sopranos” was airing, HBO didn’t take their foot off the gas pedal for a moment.  “Six Feet Under,” an ensemble drama from Academy Award-winning writer Alan Ball (“American Beauty”), premiered in 2001 to widespread acclaim from critics and audiences.  The series follows a family-owned and operated funeral home.

Ball once stated on a DVD commentary, “‘Six Feet Under’ refers not only to being buried as a dead body is buried, but to primal emotions and feelings running under the surface.”

The series takes a uniquely dark but comical look at human mortality and the intrinsic nature of death, as each episode literally begins with a death that will set the tone for the episode.  The surreality of “Six Feet Under” would serve as a glimpse into HBO’s future as an experimental, no-holds-barred voice in television.  Rolling Stone wrote that its beloved finale was “one of the most finely executed hours of television and a fitting send-off for a series that found beauty in life’s most tragic moments.”  The series would go on to win numerous Emmys and Golden Globes in addition to being listed number 18 on the Writer’s Guild of America’s Top 101 Best Written TV Series.

David Simon’s “The Wire” premiered in 2002 to generally favorable reviews.  However, its legacy continues to flourish today – as do the countless Internet debates over which is better: “The Sopranos” or “The Wire?”  The series chronicles the trials and tribulations of Baltimore drug dealers and the police officers who try to keep them off the streets.

“The Wire” is often commended for its literary structure and the complexity with which it portrayed both the war on drugs and an impoverished African-American community (these are the primary reasons that Slate, Screen Rant, and BuzzFeed have all crowned “The Wire” the best television series of all-time).  However, “The Wire” struggled to maintain consistent ratings and received very few awards (this is often attributed to the complexity of the plot, dense subject matter, a poor time slot, the heavy use of slang, and a predominantly black cast).  Nevertheless, the creative team behind “The Wire” persisted with support from HBO, though the showrunners were almost constantly under the threat of cancellation (after its third season, “The Wire” was almost scrapped for good).  Early in the series’ run, actor Lawrence Gilliard Jr., who portrays drug dealer D’Angelo Barksdale, once stated in an interview with Entertainment Weekly, “20 years from now, ‘The Wire’ is going to be the show that they will say was the best show on television that nobody watched.” 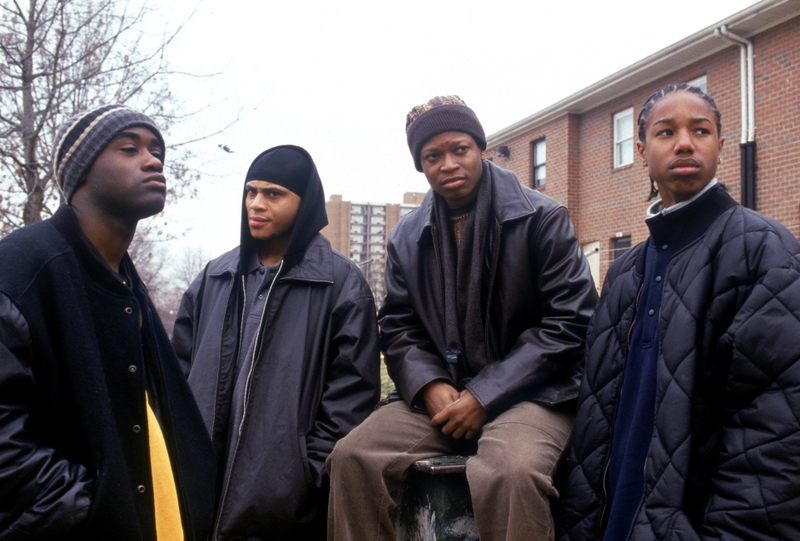 Though “Six Feet Under” and “The Wire” never quite matched the viewership of “The Sopranos,” HBO had itself an all-star lineup of Emmy and Golden Globe-winning masterpieces throughout the early and mid 2000s.  The network’s success allowed their range of programming to expand, as they continued to give voices to minorities and those marginalized by the television industry.  “The Sopranos,” “Six Feet Under” and “The Wire” all reached their respective finales (as did the short-lived but acclaimed western series “Deadwood”), and HBO suddenly found itself searching for a new flagship series akin to the dramas that popularized it in the first place.

Without a “Sopranos” or “Game of Thrones,” HBO found itself in a bit of a rough patch in the late 2000’s and early 2010’s.  Luckily, a handful of generally well received series with big names attached to them kept the network afloat—including “True Blood,” a fantasy-horror show from “Six Feet Under” creator Alan Ball about vampires in rural Louisiana; “Boardwalk Empire,” a gangster drama produced by Martin Scorsese and starring Steve Buscemi as an Atlantic City politician playing both sides of the law in the 1920s; and “Girls,” a feminist comedy-drama following four young women in New York City.

HBO might soon be in for a heyday reminiscent of the early 2000s.  Since the 2011 premiere of “Game of Thrones” – the hugely popular fantasy drama based on George R.R. Martin’s “A Song of Ice and Fire” novels – the network has been producing high-caliber shows with monumental production values at an unprecedented rate.  The sixth season of “Game of Thrones” reportedly cost $10 million per episode, while the first season of “Westworld,” HBO’s newest spectacle sci-fi drama, was shot on a budget total of $100 million.

Set in a futuristic Wild West amusement park, “Westworld” follows the park’s human guests and its android “hosts” who begin to establish a sense of consciousness.  While these more ambitious series from HBO have garnered record-breaking viewership, consistent Emmy and Golden Globe recognition, and praise from both critics and fans, HBO has also produced numerous highly regarded sitcoms.

In addition to the recently concluded “Girls,” there is  “Veep,” a political satire starring Julia Louis-Dreyfus (who consistently dominates the Emmy race for Outstanding Lead Actress in a Comedy Series); “Silicon Valley,” a series from Mike Judge (“King of the Hill,” “Beavis and Butt-Head”) that follows six young tech geeks who found their own startup company; and most recently “High Maintenance,” a half-hour sitcom based on a web series of the same name that follows a New York City marijuana deliveryman and his eccentric customers.

HBO has also taken to completely reformatting its miniseries and anthology series, as they are often constructed as movies meant for binge viewing.  The first season of anthology series “True Detective,” a crime drama featuring veteran film actors Matthew McConaughey and Woody Harrelson as homicide detectives in rural Louisiana, is often considered a significant catalyst in the trend of “peak TV.”  It was one of the first and most successful attempts at assembling movie star talent to create long-form storytelling (Collider labeled it the “True Detective Effect”).

This trend has been built upon significantly with other groundbreaking miniseries such as “The Night Of,” a seedy murder mystery starring Riz Ahmed and John Turturro that highlights the intricacies of the criminal justice system and its inherent flaws and biases.  More recently, “Big Little Lies” (based on the novel of the same name), a murder mystery starring Reese Witherspoon, Nicole Kidman and Shailene Woodley, follows a group of uptight suburban moms whose seemingly perfect lives start to collapse under rumors and deceit.

Thanks to its consistent lineup, in 2016 HBO managed to take home more Emmys (22) than any other network — a feat they are likely to repeat at the 2017 ceremony in September.  “Big Little Lies” already concluded to overwhelmingly positive reviews and consistently high ratings.  The third and final season of the cult hit “The Leftovers” is currently airing, and it has been met with tremendous praise.  “Silicon Valley” and “Veep” are also currently airing new seasons to widespread approval, while “High Maintenance” is set to return before the year’s end.  Even Larry David’s “Curb Your Enthusiasm,” which has been on hiatus for nearly six years, will return for its ninth season. 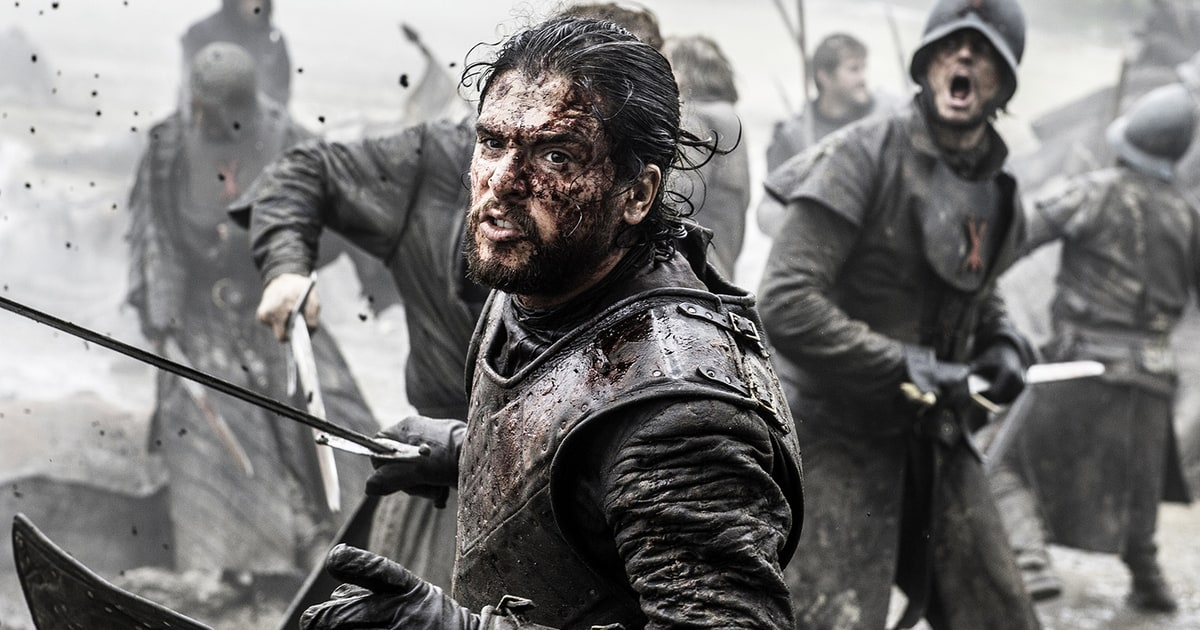 Finally, TV behemoth “Game of Thrones” will air its penultimate seventh season.  Following its monstrously successful sixth season, the series made history as it broke the record for most Emmys won by a drama series with 35 awards.  Its sixth season finale also broke the series’ viewership record with a reported 8.89 million viewers.  The record had previously been set by its fifth season finale with a reported 8.11 million viewers.

In examining its 2017 lineup, HBO has every reason to expect even more record-breaking viewership and award recognition this year.  They consistently go where other networks refuse to go in terms of content and style, and they are rewarded tenfold with record-setting numbers and top-notch productions from the most talented writers, directors, and actors in the world.  They are the gold standard of the medium, and they set the trends of tomorrow.