Life in the Shadows

Life in the Shadows 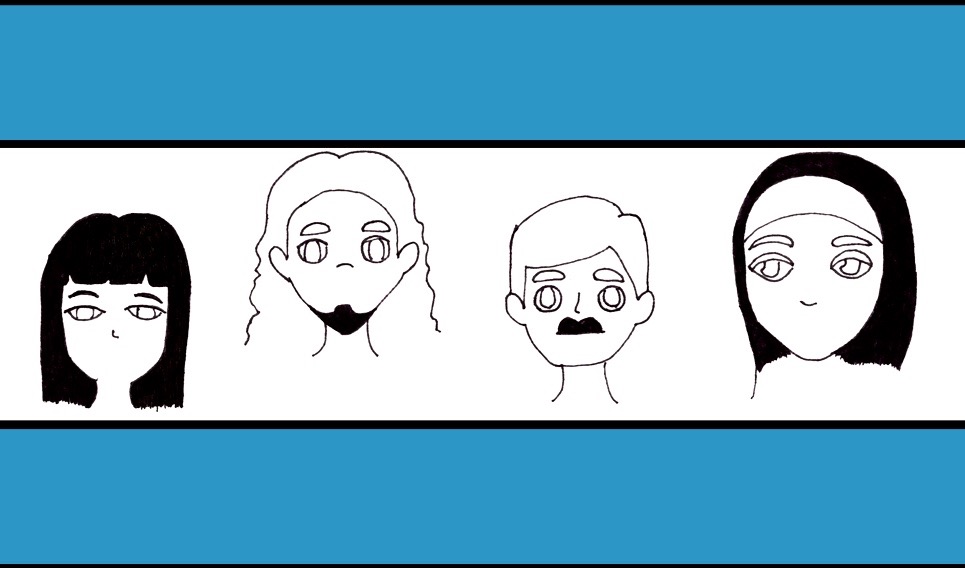 Immigration has been one of the most discussed political and social issues in the United States since President Trump got elected into office on November 8, 2016. The rallies held by the former president-elect manifested a fear in the American people who come from other countries and have left many immigrants anxious about their fate in America.

An undocumented immigrant  — who will be referred to as James for anonymity  — residing in Chicago spoke about the changes and struggles of living in today’s America.

James’ journey began when he was 19 years old on a Wednesday summer night in 1988. He had decided to leave Jalisco, Mexico, that Friday for a life of opportunity in the United States. James grew up with little money, which made it hard for him to finish school. He knew that if he wanted a chance to live a fulfilled life, he had to leave his country. He tried applying for a visa numerous times but was continually denied.

“I was in Tijuana trying to cross the border and I found an American man to help me cross,” said James. “He told me he knew people at the border patrol and he needed $2,000, so he put me in the trunk of his car and it was four or five hours before we reached the patrol.”

James then headed to San Diego then Los Angeles to meet the family. They helped him with a place to stay and money. He wanted to do more so he phoned an uncle in Chicago who owned a taco restaurant and moved to Chicago to work with him.

“I liked the work and I decided I wanted to open my own business. My uncle helped me get started and used everything under his name.”

At the age of 25, James was running his own restaurant in the city as he was still working on getting his papers.

The adamant threats of being deported by the President haunt immigrants with the fear of being torn away from their loved ones. In the attempt to protect all the illegal immigrants living in Chicago, Mayor Emanuel pushed to approve his municipal ID plan. Despite having many aldermen disapprove of the idea, he was unshakable.

Though the attempt is meant for those hiding in fear to feel they have a home, the persistent threat to send illegal immigrants home by President Trump still leaves them worried.

After James’ successes, he rented an apartment on Lake Shore Drive. He later met a woman from  Mexico who was also undocumented. They had two children, a 12-year-old and a 19-year-old, who attends Grinnell College in Iowa, but the kids fear their parents may get deported.

“We’ve been in the shadows for a very long time. I know the system; I pay a lot of taxes but we are the guys to blame for the crime and violence, and a lot of that is not true,” he said. “I worked for 27 years and never had one week vacation, for 13 years I was paying taxes, imagine how many people like me that don’t have no return for so many years. Where does that money go?”

James receives a lot of prejudiced comments at the restaurant he owns. People are speaking more about the discontent they have about immigrants in this country to James and his employees.

“These are primarily young people, homeless people, even other minorities. They say things like, ‘Are you a citizen? Where are your papers? You steal American jobs, go back to Mexico and I’m going to call Mr. Trump to get rid of you,’” said James. “For 27 years I have never had a citizen ask me for a job to make tacos and that is true.”

La Villita, a street that runs two miles in Chicago’s Little Village neighborhood, is well known for its authentic Mexican-American culture with many people out in the streets for holidays. This past Cinco De Mayo the streets were empty. Many of the restaurant’s owners of this little community are undocumented workers and business has been slow from everyone hiding out. This raises a concern about the diverse culture of Chicago slowly dying off. 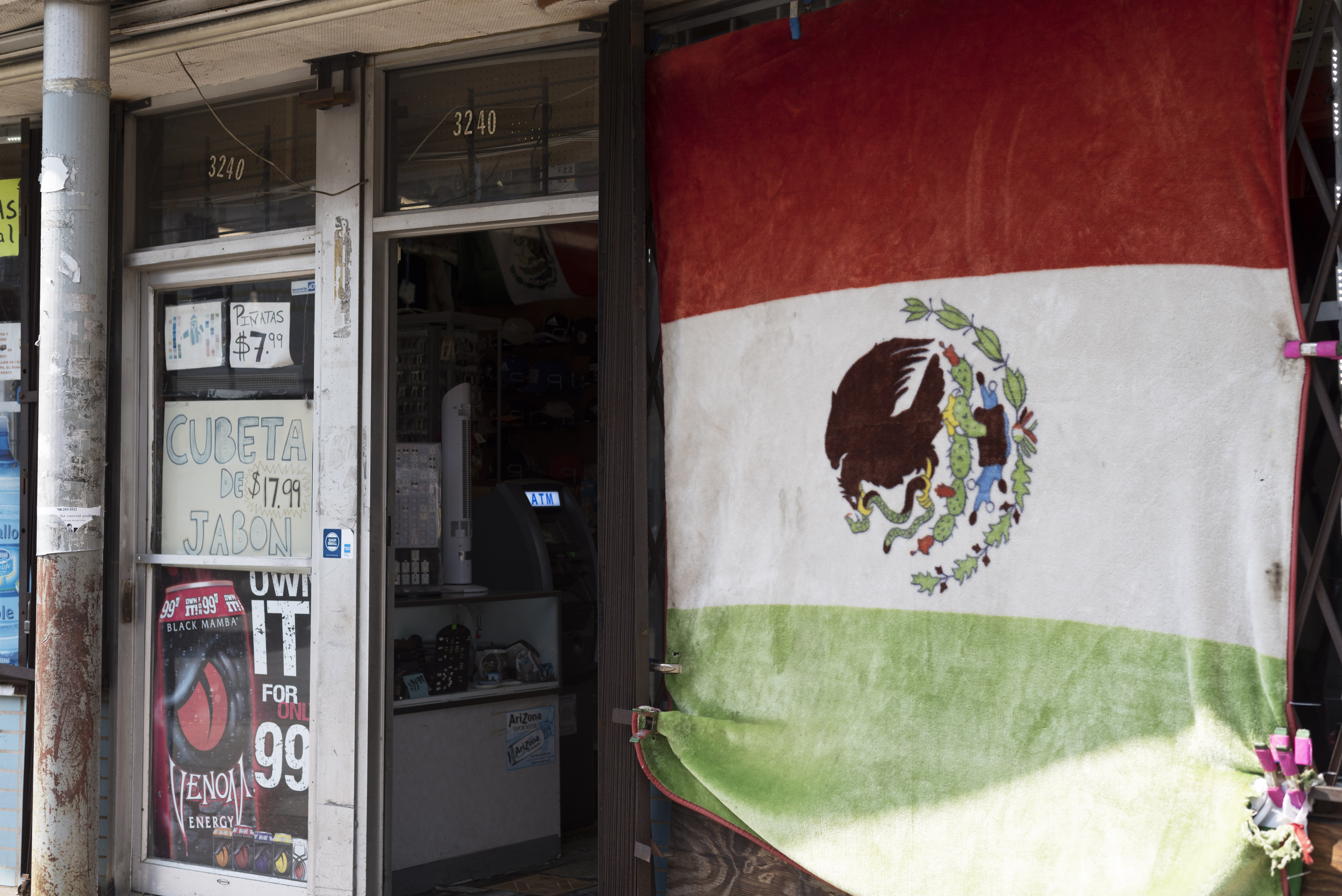 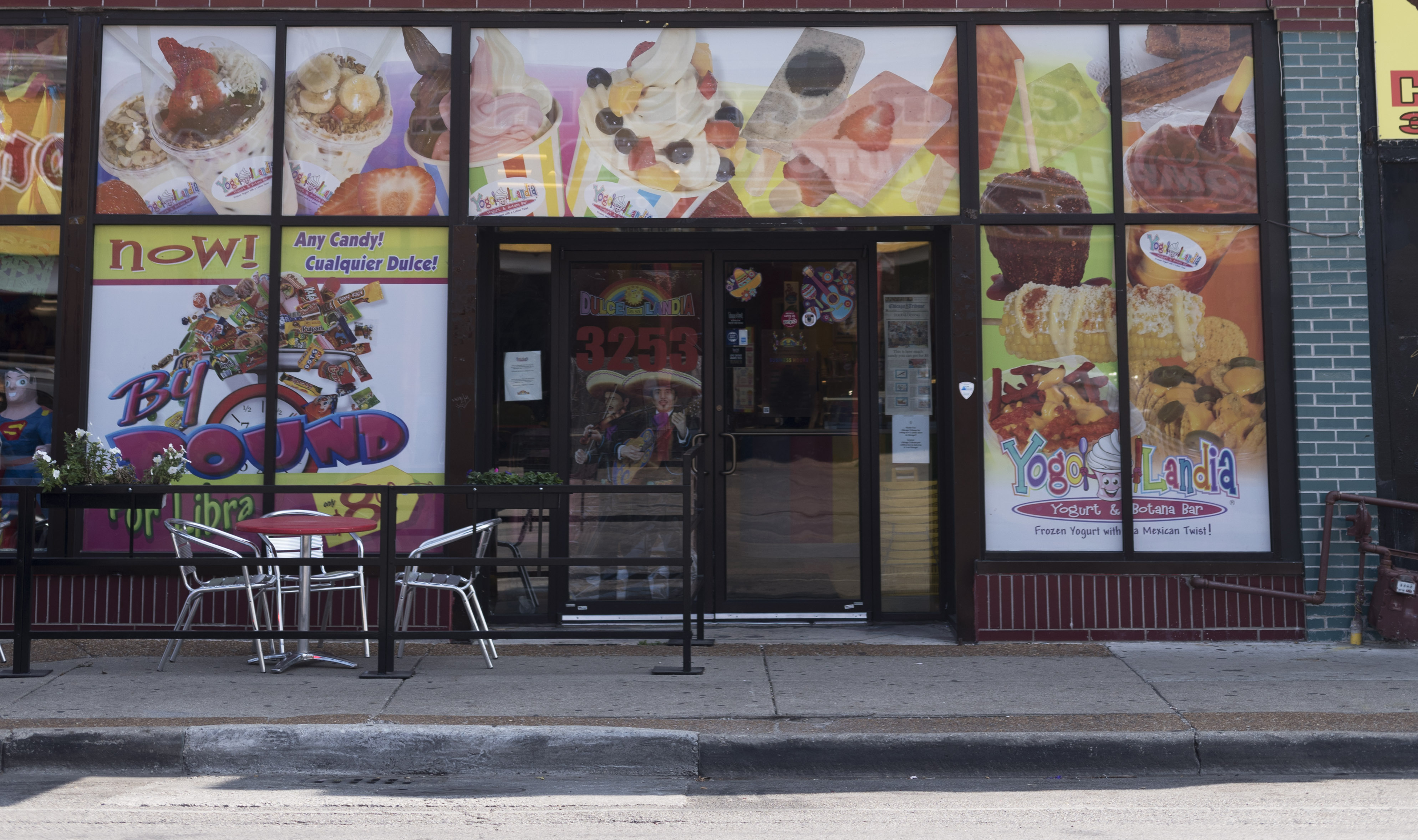 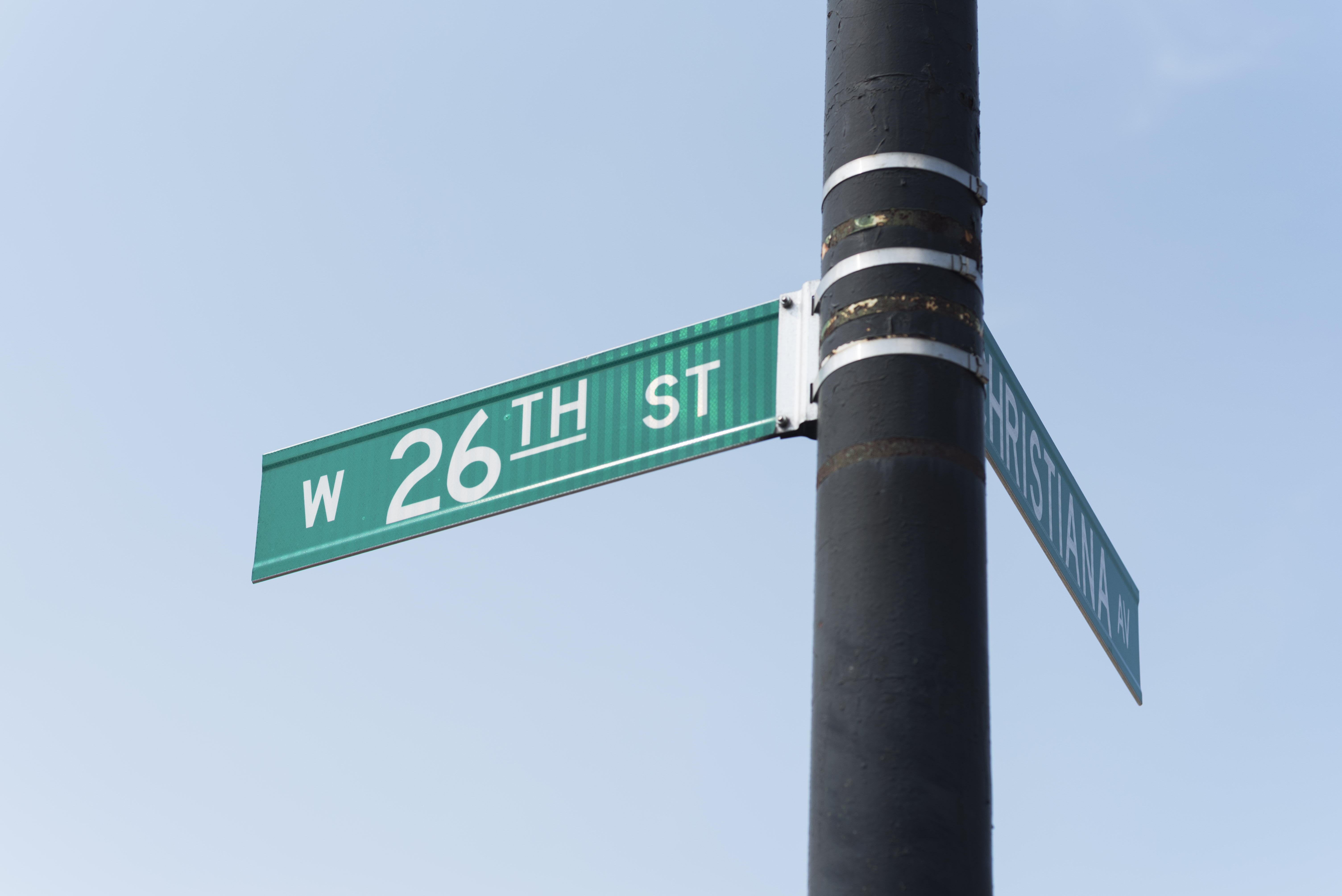 “That place probably generates more money than Michigan Avenue in one night,” said James. “Everyone goes there. It’s not the same anymore.”

Another immigrant, Angel Rivers, understands the struggles of being an immigrant in this country despite being born in the U.S. Both of his parents were illegal immigrants that were deported back to Mexico. His father crossed the border illegally when he was 14 with a couple of his brothers, and they came straight to Chicago. They stayed with family in a little house with 20 people working in an electronics company.

“My dad and all his brothers got married for their green card. My mom went to California with a tourist visa and stayed with a friend. Her visa eventually got revoked. She got caught and got sent back to Mexico.” He said, “She crossed the border the second time around which was when she met my dad. She was working at her friend’s bar. The husband was my dad’s friend and after eight months of knowing each other they moved in together and eventually had me in California.”

Angel was raised in Mexico. His family moved there due to their status here but always hoped for their son to grow up and have an opportunity with his American status. When Angel’s father passed away, he felt the responsibility to care for his family, especially his younger brother who has Down Syndrome. After his mother got deported, authorities took away his father’s Social Security funds to care for his ill brother. Angel stepped in and started working in restaurants in Chicago.

“I was raised in Mexico, so I never understood the whole me-being-a-citizen thing was a big deal. I didn’t realize the struggle my parents had to go through to give me this privilege and how many people don’t want me to have my citizenship,” said Angel. “I used to bring my birth certificate to cross the border. One officer took it away from me and asked me where I got it.”

Angel works as a bartender now, saving up to help his family as much as he can. He talked about the struggles of getting a decent-paying job when he came here. His dreams of attending school went away when he realized that with little money he could not get very far.

“I remember I would apply to restaurants and they would offer me a cook or busboy position,” he said. “They assumed I wasn’t a citizen because of my ‘accent,’ probably, and therefore couldn’t speak to people. That really upset me, but I worked my way to bartend.”

The struggles and prejudice that both productive undocumented people and cultured U.S. citizens face are overshadowed by the illusion that immigrants bring crime into the country. It doesn’t just stop with our neighbors in Mexico, but reaches out overseas with the rise of Islamophobia. With the recent terror attacks in the U.K., President Trump has used Twitter to clarify that his “extreme vetting” plan is intended to be a travel ban targeting primarily Muslim countries.

I spoke to a U.S. citizen from Yemen to discuss how this travel ban has affected her life. She has chosen to be anonymous, asking to be referred to as Jasmine. After high school, Jasmine got married and moved back to Yemen with her family, but during the war, her family tried to escape and relocated to Djibouti in order to come back to America. They all got passed since they were citizens, but her brother’s wife took two weeks longer and her father’s wife still currently awaits a response.

“It’s tearing my family apart,” said Jasmine. “My dad can’t leave his wife and we are here living under his house. I have two brothers who are married and a sister who wants nothing to do with our culture anymore.”

In addition to being separated from her family, Jasmine faces discrimination because she wears a traditional Muslim headscarf, also known as the hijab.

“This one time a guy came up behind me and tore my scarf out of my head,” she said. “I froze. I didn’t know what to say. Two people stood up for me, which I appreciate, but I just didn’t say a word. I was shocked at what just happened.”

Last May, there was a stabbing in Portland on a train. Two men were killed defending a Muslim teen from a white supremacist. Sadly, attacks like these are happening all over the nation, most recently in Charlottesville, Virginia, where a white supremacist killed a counter-protester with his car after white nationalists, neo-Nazis and Ku Klux Klan members attempted to stage a rally. Nineteen people also were injured in the attack.

Similarly, Jasmine experienced an aggressive encounter on the train.

“I was on the train and all the seats were filled except for the one next to me. On the seat over there was a man yelling at me telling me, ‘You’re a f****** Muslim, you’re a terrorist’ and would not stop,” she said. “No one said a word, not one person. I felt so scared I was shaking. It took me so long to build up the courage to stand up and leave the train to go to the next car.”

These stories show how our current administration is manifesting fear in those living in the country. Listening to immigrants’ stories validates that it is unreasonable to blame the actions of a few on a whole culture or group of people. It is important to understand and acknowledge that these prejudices inaccurately portray different cultures. Speaking out about real social issues can help us better understand what we can do to make our world a more peaceful place for everyone.