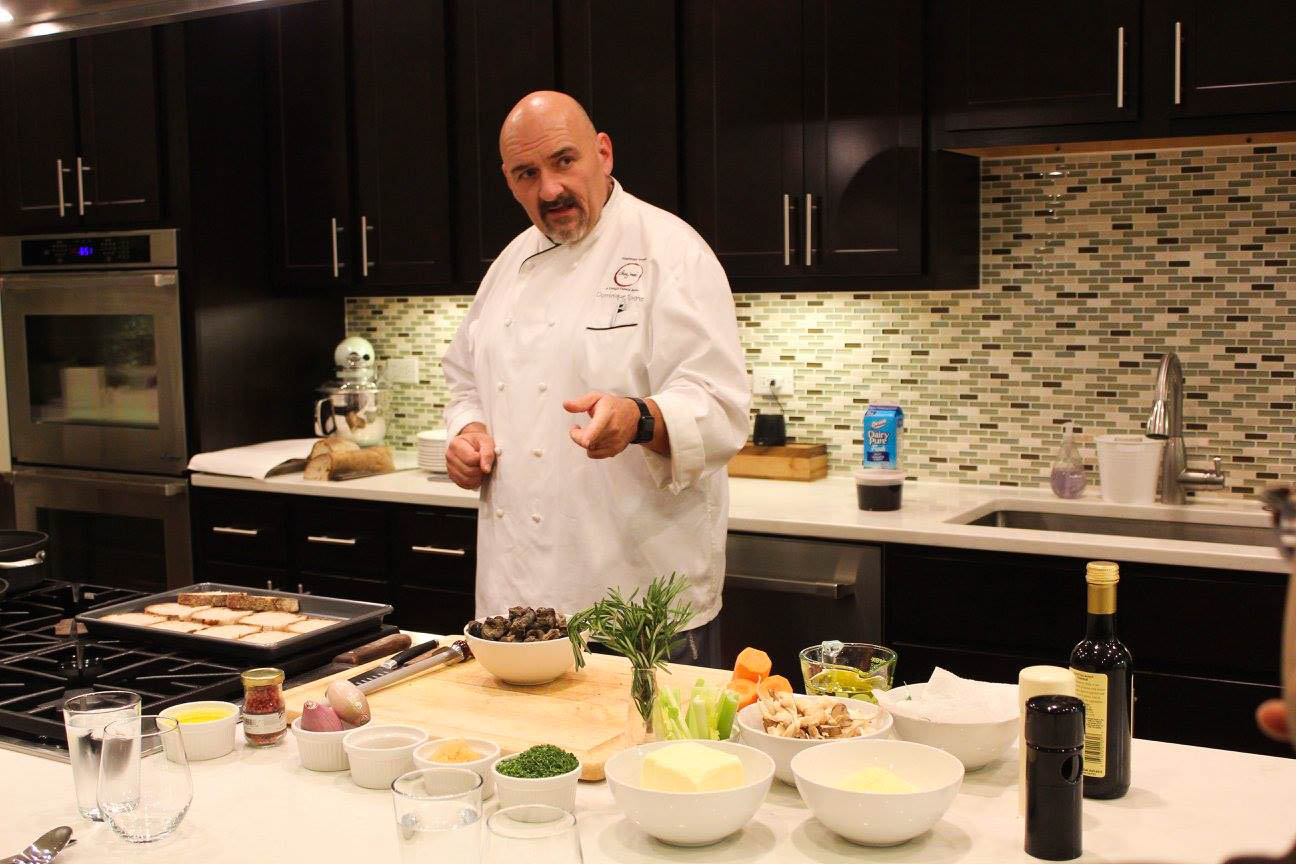 There is something quite magical about the relationship between French natives and their food. It can transport them back to an old France with people they haven’t seen in forever. It makes them joyful, reminiscent and nostalgic. A dish can bring back to mind sounds, sentences and sweet notes. It can bring as many warm feelings to their hearts as the chocolate-dipped cookies your mom would make, my grandma’s crème caramel, or a simple pot-au-feu for chef Dominique Tougne.

Tougne is a French chef living in Chicago. After multiple culinary adventures in the U.S., from Atlanta, to New York City, to Chicago, Dominique Tougne created his restaurant Chez Moi five years ago after 35 years of professional life.

A mastery of culinary arts requires knowledge both to prepare and to taste great food, as well as a great sense of conviviality. A chef must display extraordinary technique and understanding of flavors, perfumes and spices. They are able to understand singular savors and their pairings, like  knowing a good Crottin de Chavignol goat cheese would go perfectly with a Sancerre Blanc. For Isabelle Bassot, a French native and culinary instructor at the Alliance Française de Chicago,  “nothing beats a glass of Champagne with a homemade smoked salmon toast, just like the ones I used to have with my parents back in the East of France.”

And yet, the line between the beauty of a 5 Michelin star dish and the traditional simplicity of any mom’s stew is very fine. Both have a different kind of gastronomy, or the art and ability of appreciating good food, that only few can achieve. It’s a simple yet sophisticated distinction.

The beauty in gastronomy is the ability to please others. As Paul Bocuse, a French chef and arguably one of the best  in the world, would say: “There is no good cuisine if at the beginning it is not made out of friendship for the one to whom it is intended to.”

But for Chef Tougne, finding fame in Chicago was not as easy as it may seem. Although he is a successful restaurant owner today, it took many years of culinary school to gain his expertise and know the basics of French cuisine like  the back of his hand. While he attended a boarding culinary school in France, coming home to his parents every Saturday brought them closer together as they shared, between the three of them, the same passion for cooking and good cuisine.

“I would learn new the dishes at school every week, and I always called my mom and told her, ’Okay you know I’m going to be back home Saturday at noon, so I’d like you to buy this kind of chicken, those mushrooms, and this thick bacon,’” Tougne said. “And I tried to duplicate the dish I learned that week on Sunday. It ended up always being a good Sunday lunch, round the table, together before I went back to school. Cooking for them on weekends was what made my parents understand what my career was going to be in life, as well as my passion.”

Chez Moi was not Dominique Tougne’s first restaurant. In fact, his first — Le Jardin de la Truffe, or The Truffle Garden — taught him a lot about the restaurant world and himself as a chef. He opened The Truffle Garden with his brother in 1989 in the Bourgogne area of France. The name was a blend of each of their personalities and passions;  his brother worked in the botanical world and Tougne in the culinary world.

Tougne remembers a  restaurant with  a winter garden and plants everywhere, and each dish had black or white truffle served with  them. It was very beautiful, he said. However, after two years, it became clear the restaurant was not “solid” enough, and they collapsed in 1991. Despite the failure, the experience  brought the two brothers very close. It also  taught them not to be too adventurous sometimes. Staying close to their roots and their family became a  number one priority after that.

For Chef Tougne, ending up in Chicago was an accident that turned out to shape an important part of his career. “Back in Atlanta a headhunter asked me if I knew anybody in Chicago,” he said, referring to an professional agent.

“Yes of course!” I said, and he was so happy.“I know Al Capone and Eliot Ness!” The headhunter turned to me and said, “But they are all dead!” Then I said, “Well, I don’t know anybody then.” That’s how my relationship with Chicago started.

Clara Virieux, a French fashion journalist who lived for two years in Chicago, had only positive things to say about Tougne’s restaurant. “What I liked about Chez Moi was that it definitely succeeded in creating a relaxed, down-to-earth French vibe, which a lot of places fail to attain because they go overboard on extravagant decorations,” she said.  “But honestly, their warm apple tart with its salted caramel sauce and vanilla bean ice cream is a must have!” 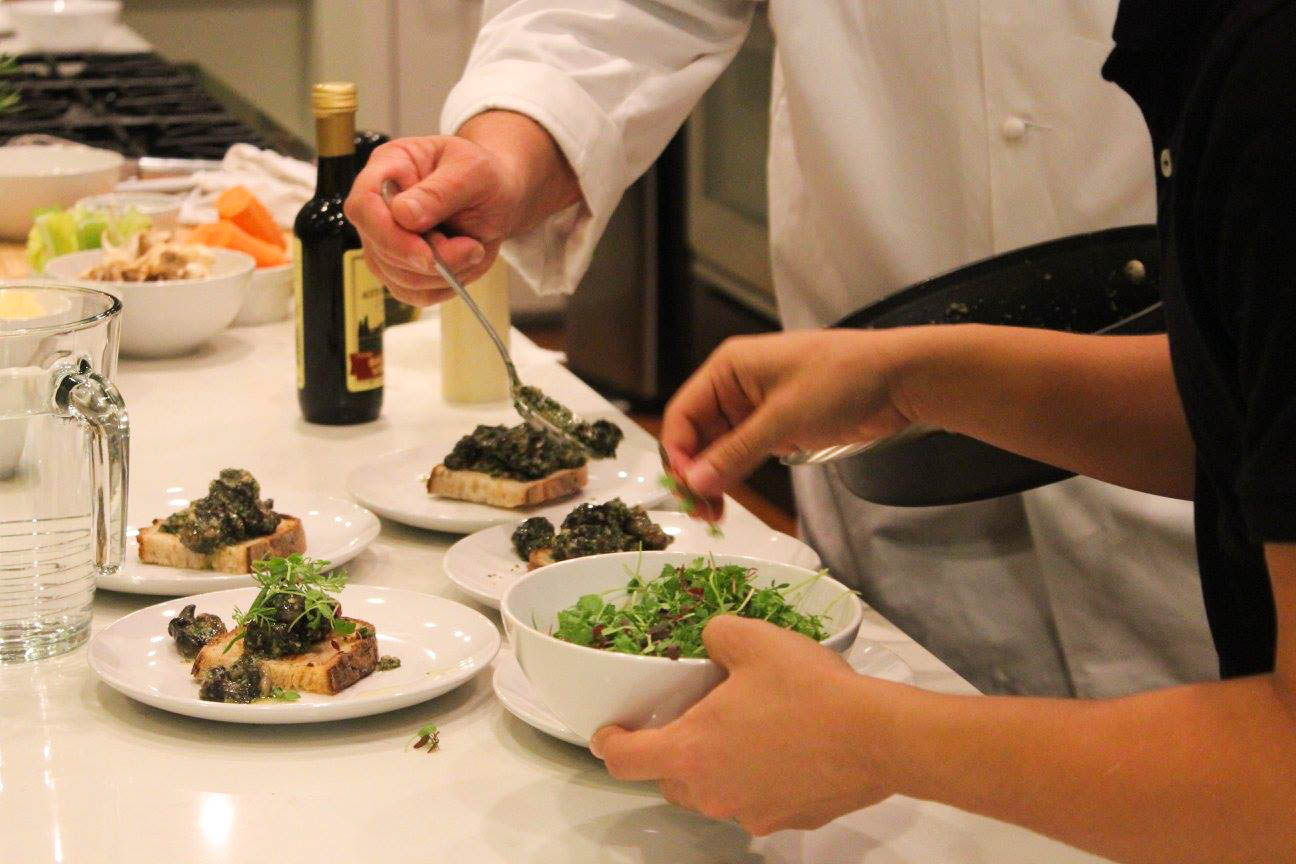 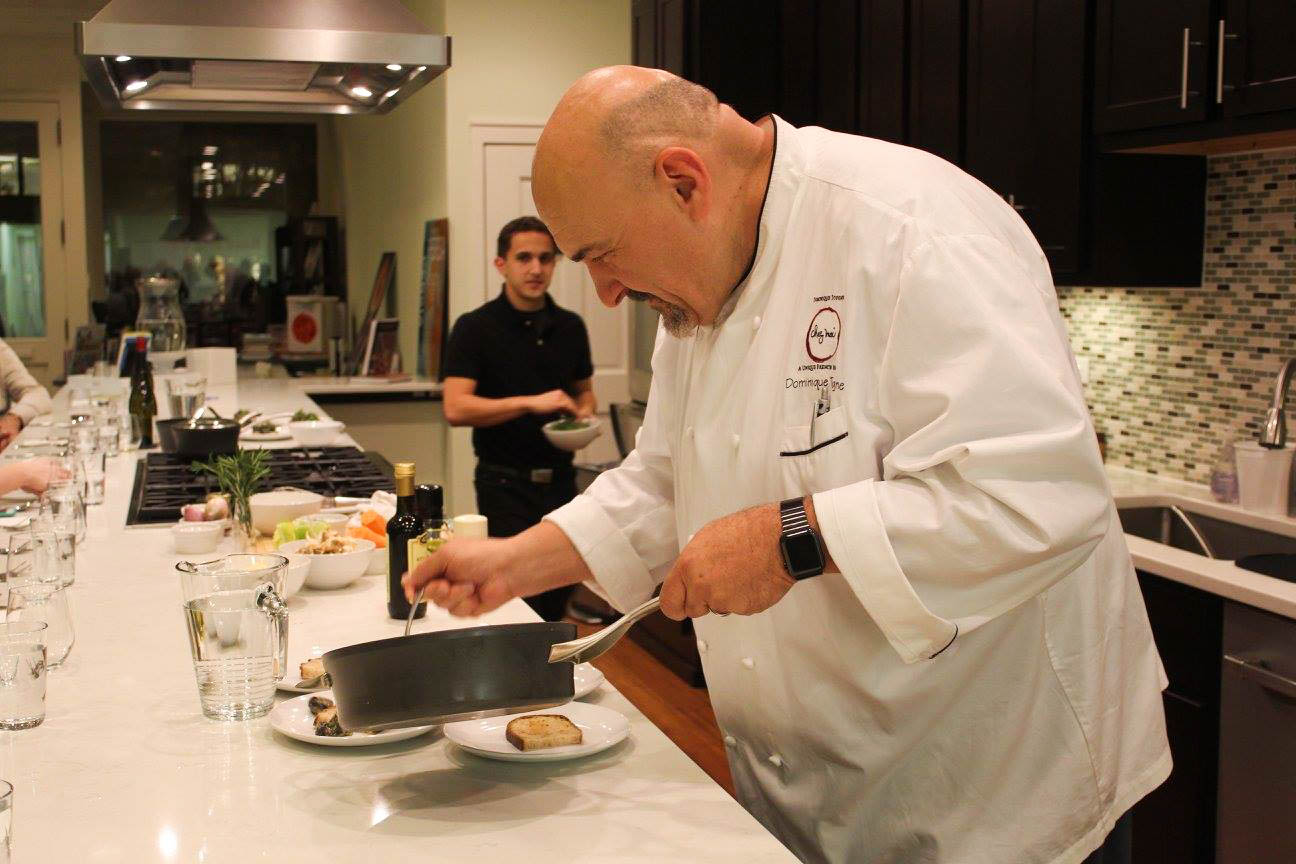 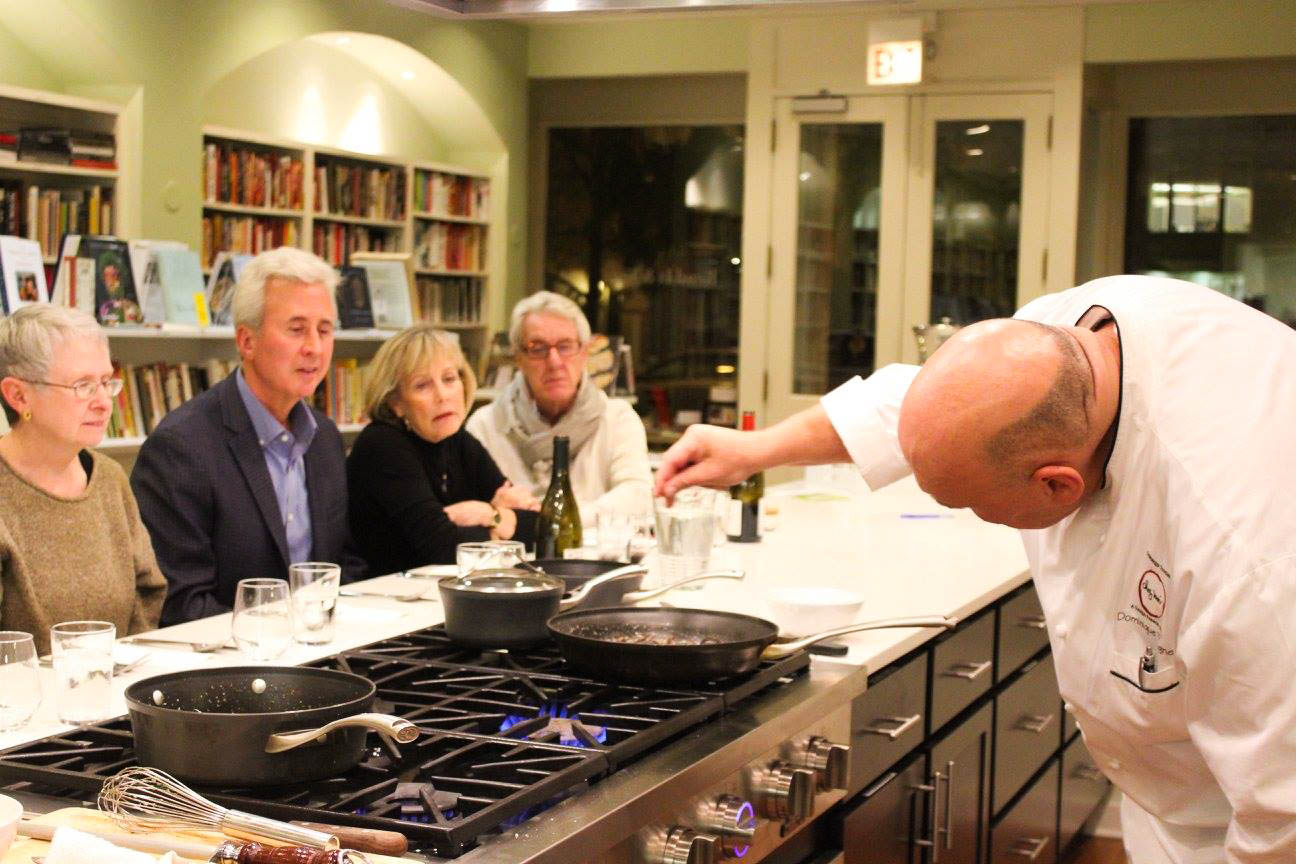 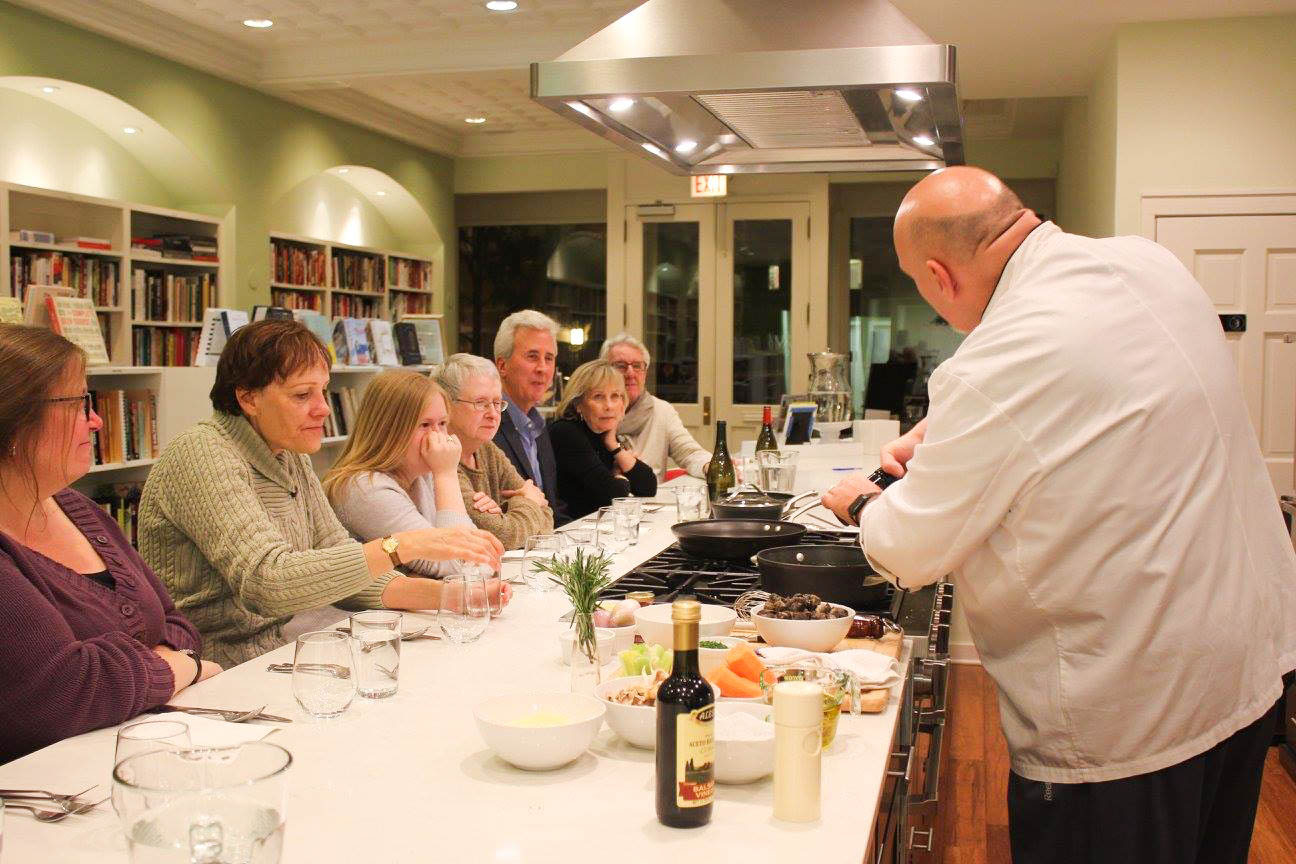 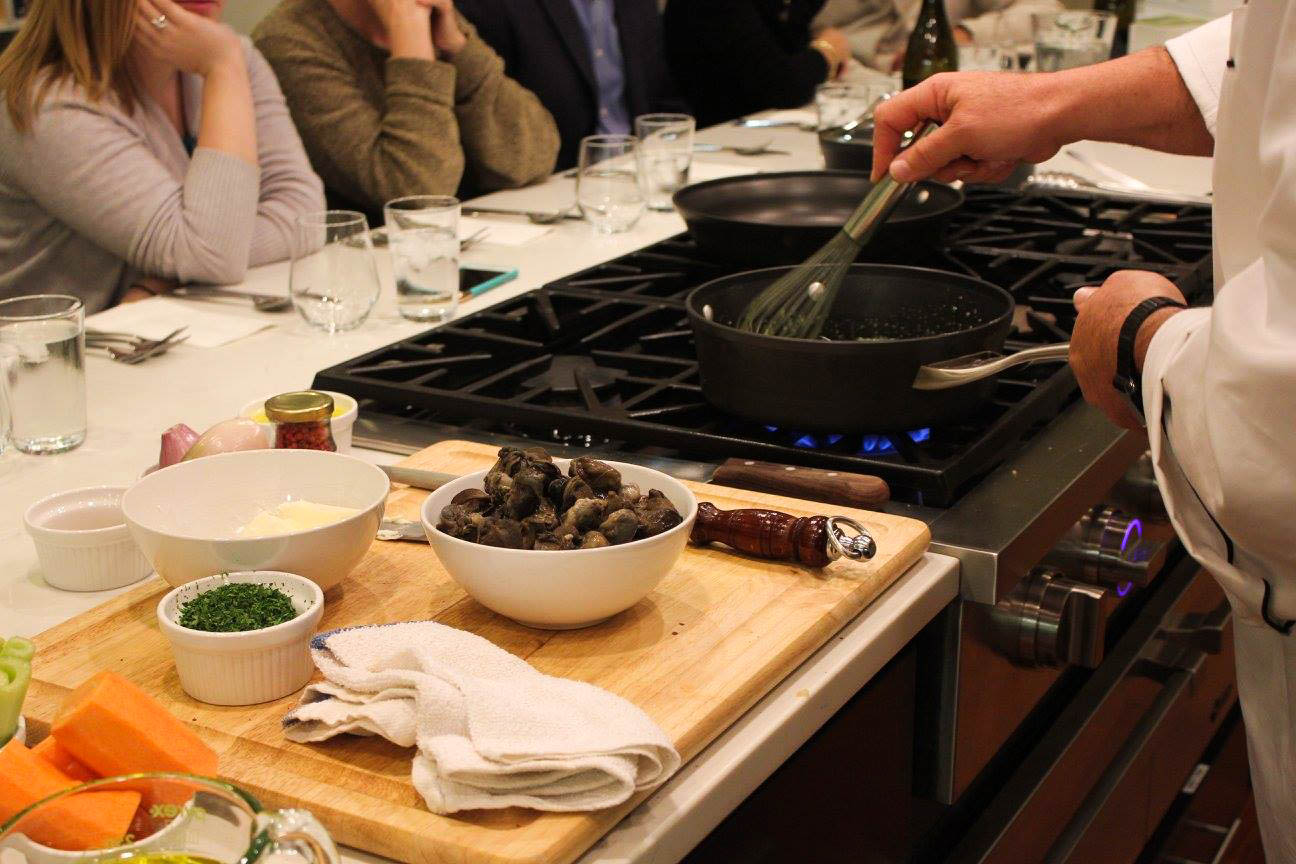 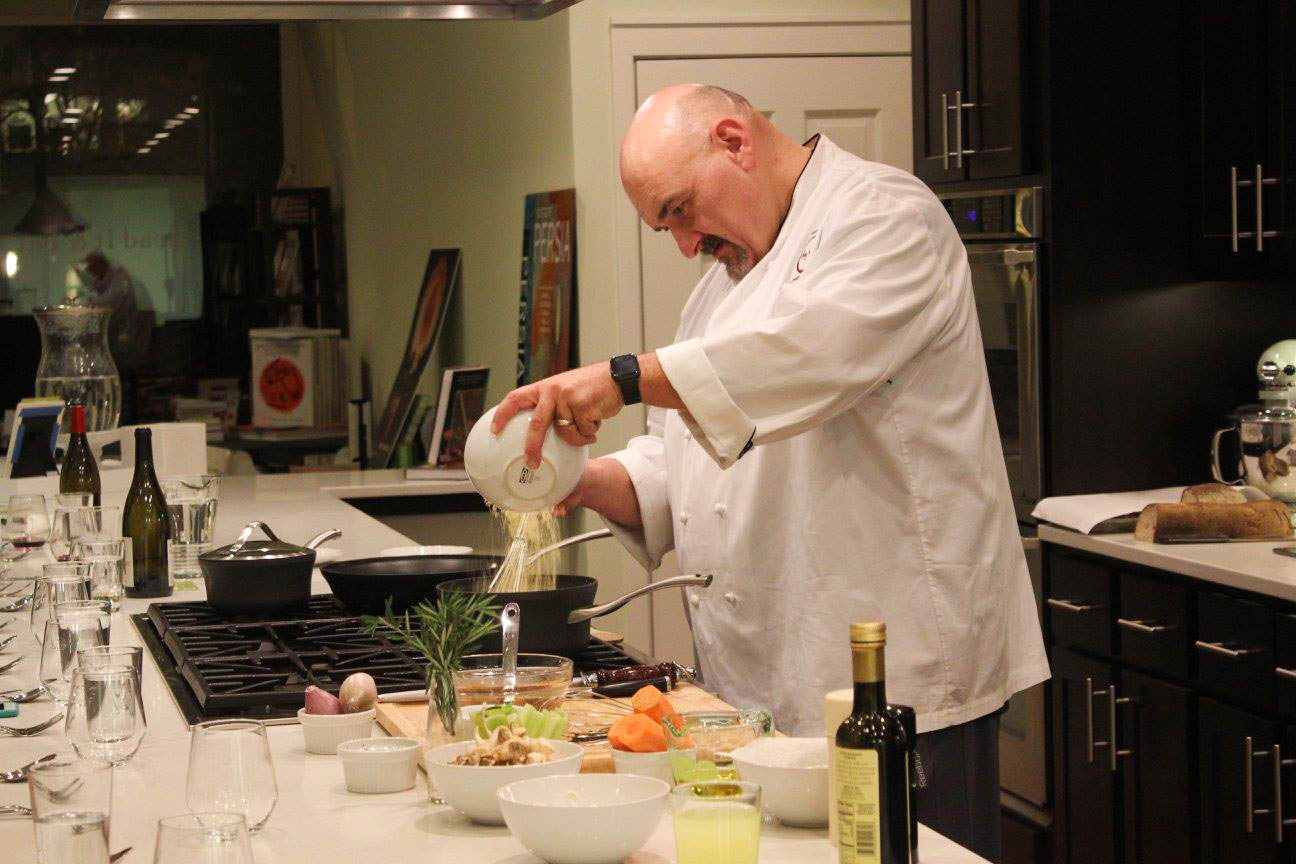 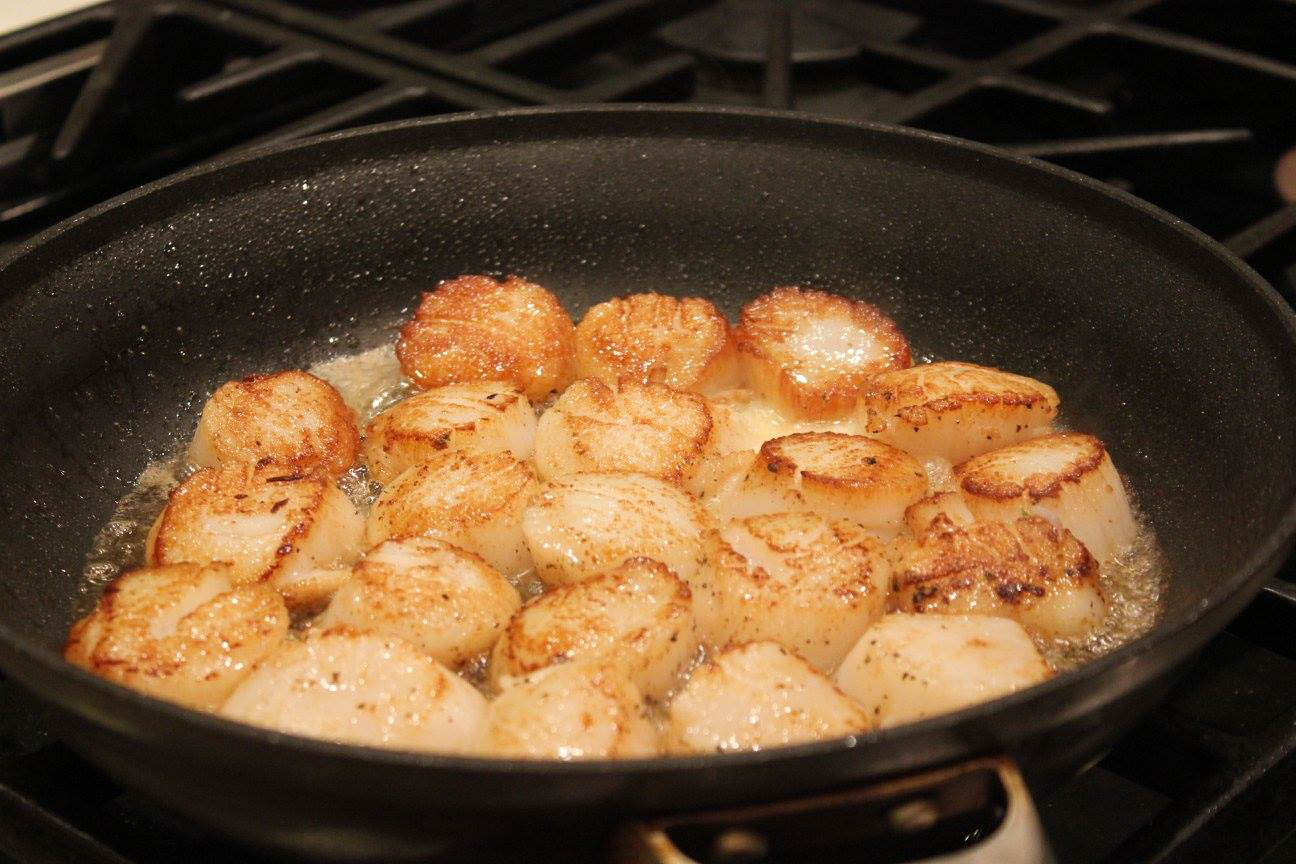 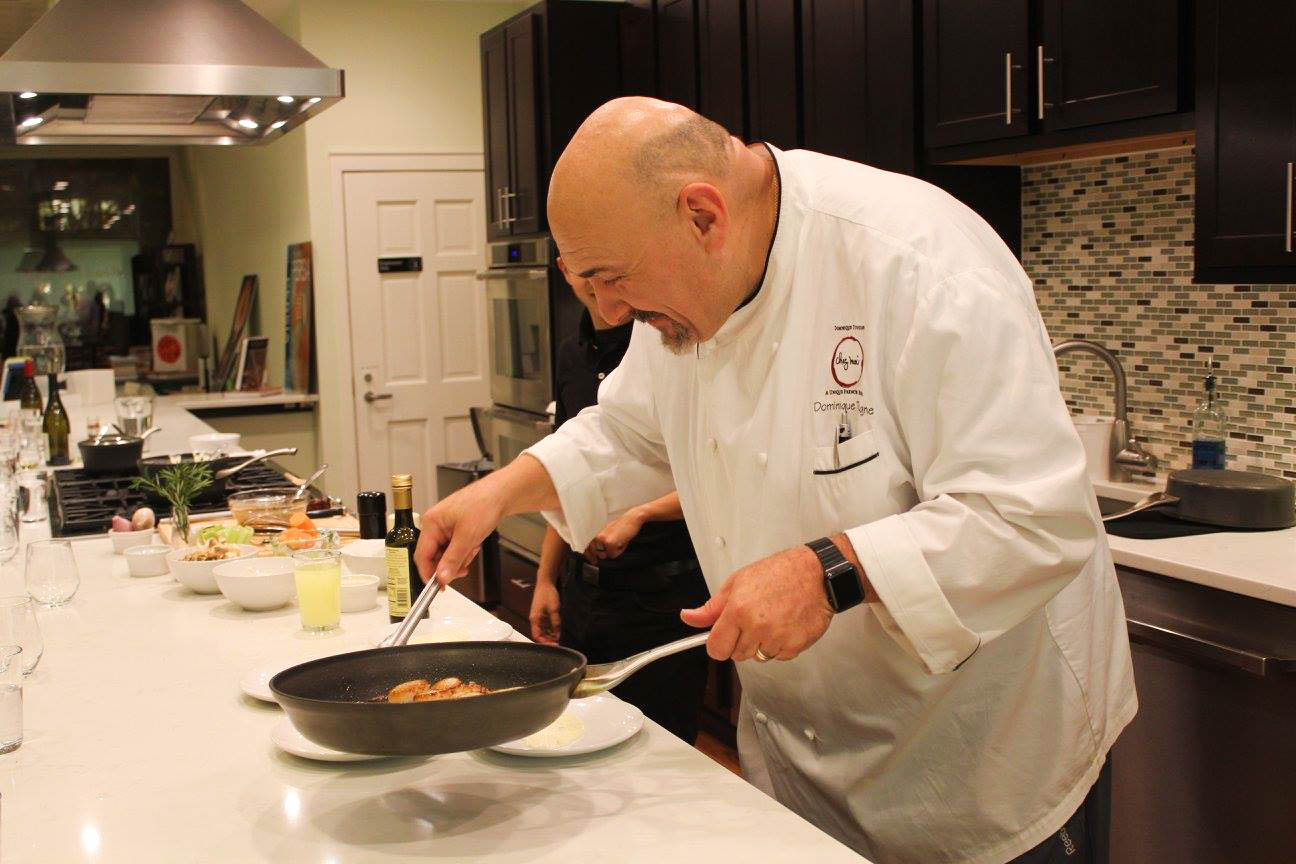 After talking to Tougne for some time, he opened up about one of the dearest memories he has: the time he came back to France for his honeymoon with his wife and took his parents to one of France’s most iconic restaurants, owned by none other than Paul Bocuse. “It was honestly the best gift I could give to my parents,” Tougne said.  “I still have a picture of my dad in front of Bocuse’s famous VGE soup, which is his world-renowned black truffle soup.

“If you look closely at his eyes in that picture, you can’t see the 60-year-old guy he was at the time,” he said. “You can see a kid, and a dream he thought he would never be able to discover. It’s a fantastic memory for them but even more for me.”

Food puts us right between ourselves and our loved ones or home so easily. “It’s hard to be reminded of home when we are so far away,” said Emilie Baliozian, a Parisian native currently working in Chicago. “It’s often the very simple dishes that take us back. For me, it’s just my mom’s love for asparagus. I’ve never met someone who loves asparagus more than her, and her love shines through her them. It’s unbelievable. Yet I have never tasted more delicious than hers, so there is something special.”

Tougne admits he misses home quite often —  especially the bread and the croissants —  but he is still very close to his parents. When they visit him in the U.S.,  they  go around the country  trying to discover, together, the one and only American gastronomy, while also re-living the good old times in France.

Whether it be croissants, pot-au-feu or stews,  banal dishes can often remind us of home, especially for people living outside of their home country. Dishes that our families would make at home or when we were little are able to get us, one bite at a time, a little closer to home.