We Should All Be Dancing

Rich, creamy, thick, velvety, summer, indulgent—just a few words that come to mind when thinking of milkshakes. It’s a sweet, nostalgic flavor that brings you back to your childhood. Just like when my family and I drove west down Route 66. We did it months into our move to the United States, because to us, that famous road going from Chicago to Los Angeles was America at its finest. We stopped at a diner in the middle of nowhere, and got burgers and shakes. My chocolate shake came in a wide triangular glass, topped with never-ending whipped cream straight out of the dispenser. I remember pausing for a split second, not being quite sure what to do first. Should I sip the shake through the striped red and white straw, lick the cream or just scoop a dollop of the droopy chocolate fudge running down the glass?

This memory, forever engraved on my heart, is shared by many. Milkshakes are the typical American drink we have all seen in movies, commercials, music videos and much more. Flexible to each of our own liking and taste buds, it blends together nostalgia and comfort. 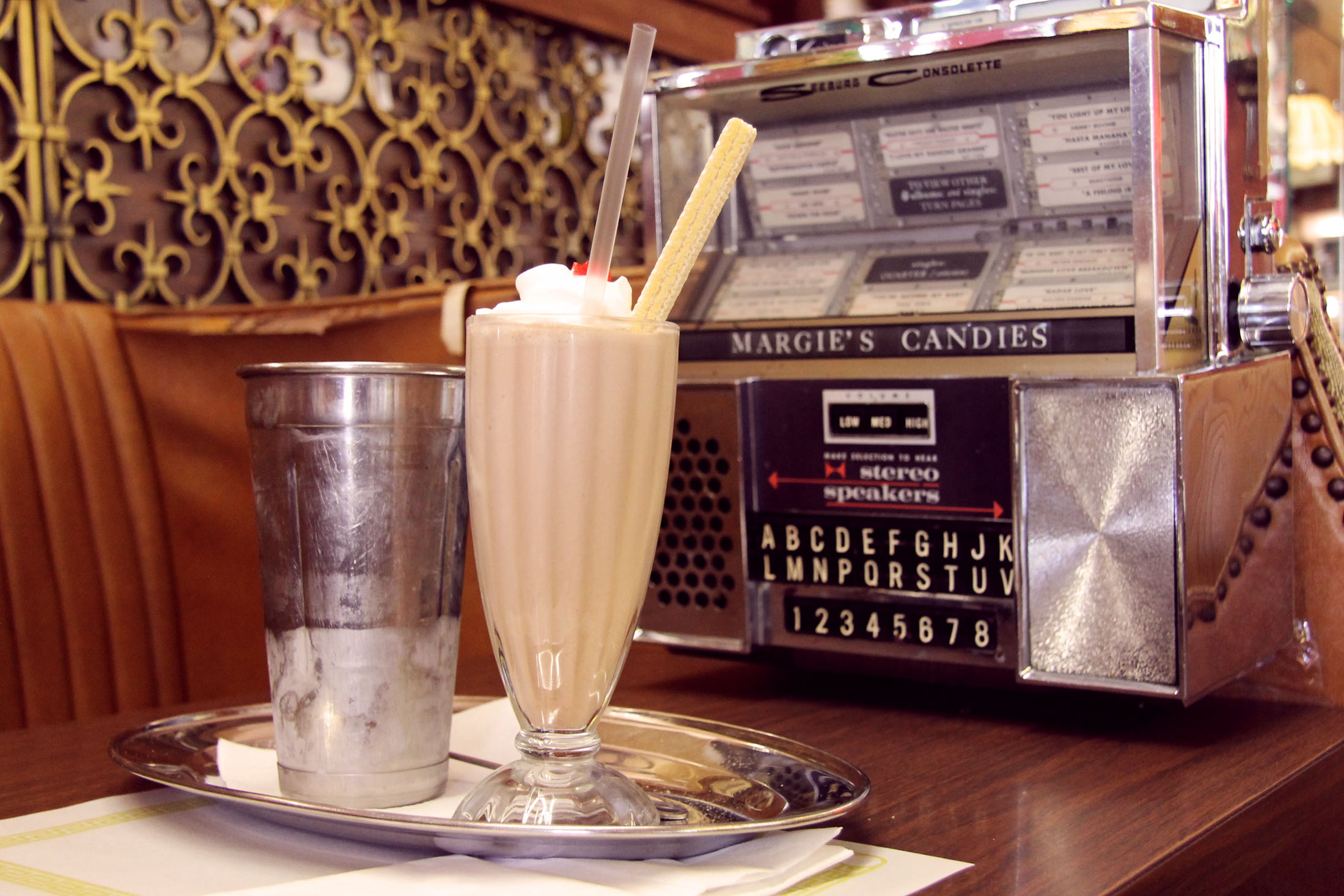 While many of us have enjoyed a milkshake on a hot summer day, hardly any of us know where this tasty treat came from. Just like the deep dish pizza, Italian beef sandwich or the famous Chicago-style hotdog, Chicago is also home to the milkshake. In the late 1870s, London-born brothers William and James Horlick settled in the United States and made Chicago their new home. They founded the J & W Horlick’s Food Company to create dried whey and malt powder to be used as a nutritional supplement. Soon after, they received a patent to allow their malt powder to be mixed with fresh milk for infants. Malt powder then became a famous invention created right in the heart of Chicago, indirectly laying the foundation for shakes all around the city. But it wasn’t until the year of 1922 that the milkshake became a mainstream American culinary staple.

It happened when a Walgreens employee in Chicago, Ivar “Pop” Coulson, took an old fashioned malted milk (milk, chocolate, and malt) and added a few scoops of ice cream. The experiment was simple, but the result was an exquisite, fluffy beverage that quickly became popular with kids and adults throughout the country

Here is the original printed Walgreens Recipe from the 2017 Chicago Food Encyclopedia:

“In a frosty malt can, combine 1 ½ ounces chocolate syrup, 3 #16 dips of vanilla ice cream and 5 ½ ounces cold milk. Add one heaping tablespoonful of malt powder. Place can on mixer only until mixed. Do not over mix. Pour into a 10-ounce glass, about ⅔ full. Top with a generous portion of whipped topping. Serve remainder of malted in a shaker along with the glass to the guest with straws and a package of fountain cookies.” 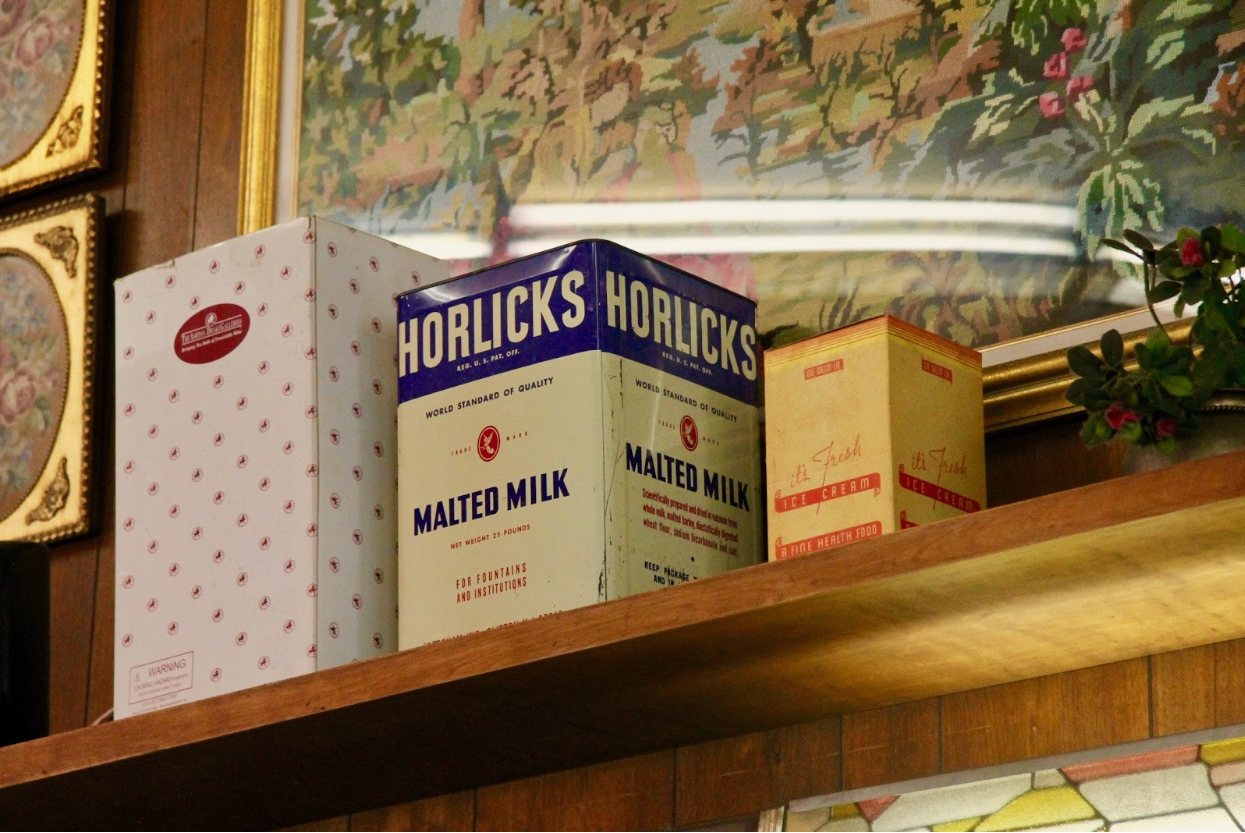 In the 1930s, after gaining prominence in malt shops, milkshakes started to become the go-to drink on a diner menu. Margie’s Candies, at 1960 N. Western Ave, has been serving its delicious shakes and ice cream topped with decadent chocolate fudge since 1921.

Milkshakes’ journey was not over quite yet. In the 1950s a milkshake machine salesman named Ray Kroc bought the exclusive rights to a milkshake maker from inventor Earl Prince. Kroc went on to use automated milkshake machines to speed up production in a major fast-food chain he purchased from the McDonalds brothers. It commercialized milkshakes even broader than Chicago. Bruce Kraig, co-author of the “Chicago Food Encyclopedia,” says that milkshakes are part of the larger story of how important Chicago is to the history of American food. Kraig said that the dairy plays a very important role in the early 1880s as dining places for young women who worked in the many businesses in downtown Chicago and led to cafeterias. Chicago in the late 1900s was the national center of grain shipping, so making malted wheat and barley was natural. Chicago, as its name indicates “wild onion”, has always been centered around food so it falls naturally that it would commercialize milkshakes. 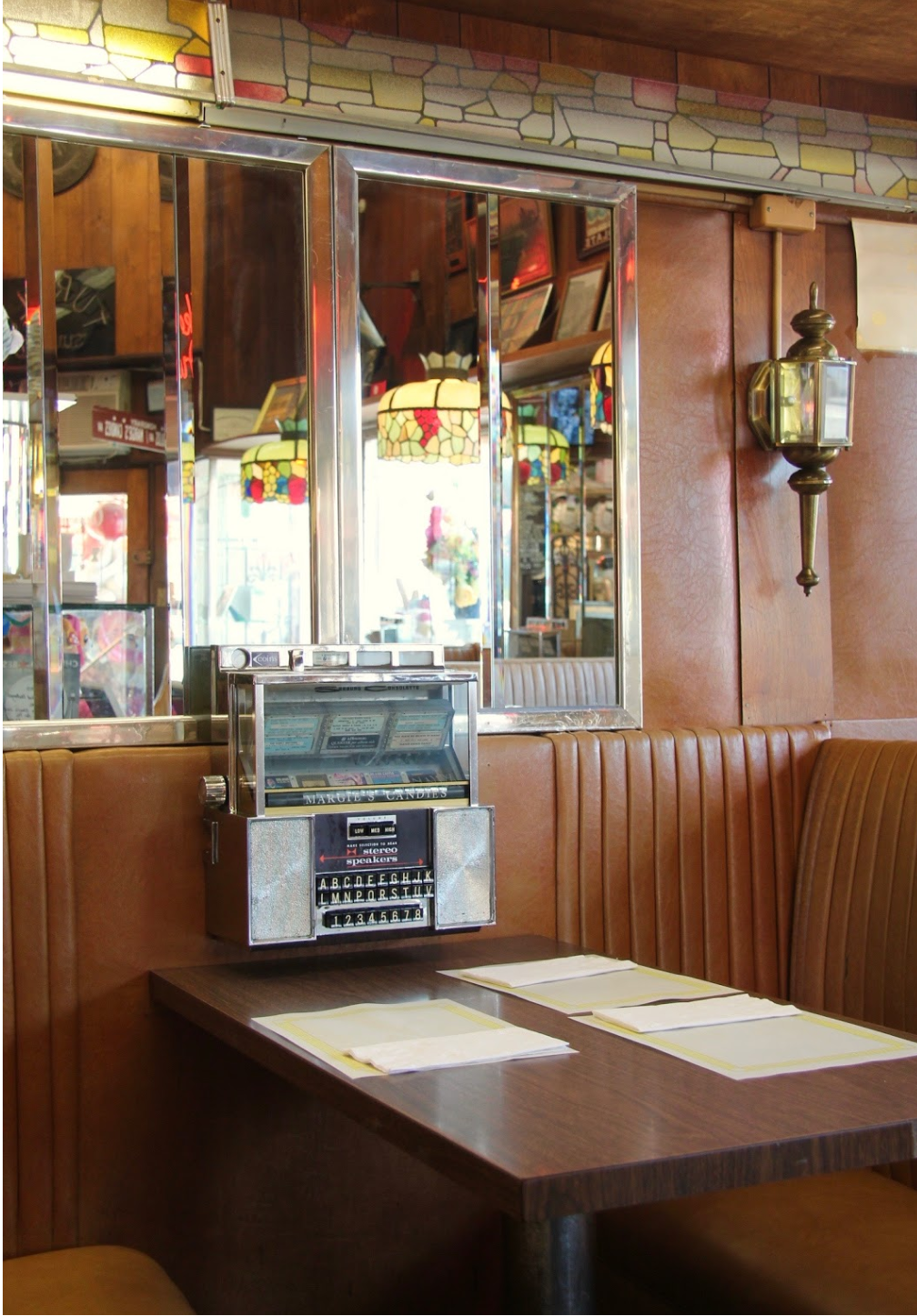 “When I could treat myself to a milkshake when I was little, my favorite place was a soda fountain on a street corner near where I lived in the Bronx (172nd and Claremont Parkway),” Krag said. “In those days, there were many candy stores, drug stores, soda fountains that served milkshakes as well. And in NYC delis are everywhere, so it was not hard to find a good one,” he said, flipping through the pages of his book.

From quaint ice cream parlors to pop culture, milkshakes became appealing to the eyes of many, from a kids drink to an overly-sensualized object used in music videos. Nostalgia? An adult twist to a kids’ treat? Are spiked shakes not enough?

Nonetheless, there is no better way to finishing an article about milkshakes than to incorporate a recipe, so here you go. Enjoy all the delicious ice cream parlors in the Windy City, and create delicious memories.

My very own *decadent* milkshake recipe:

No need for nonsense like cups and teaspoons. Treat yourself to the quantity you want!

A shot of Amaretto (because why not?)

Top it off with a homemade whipped cream (please make it yourself. It taste so much better and a little muscles won’t hurt!)

Put a striped red and white straw in,