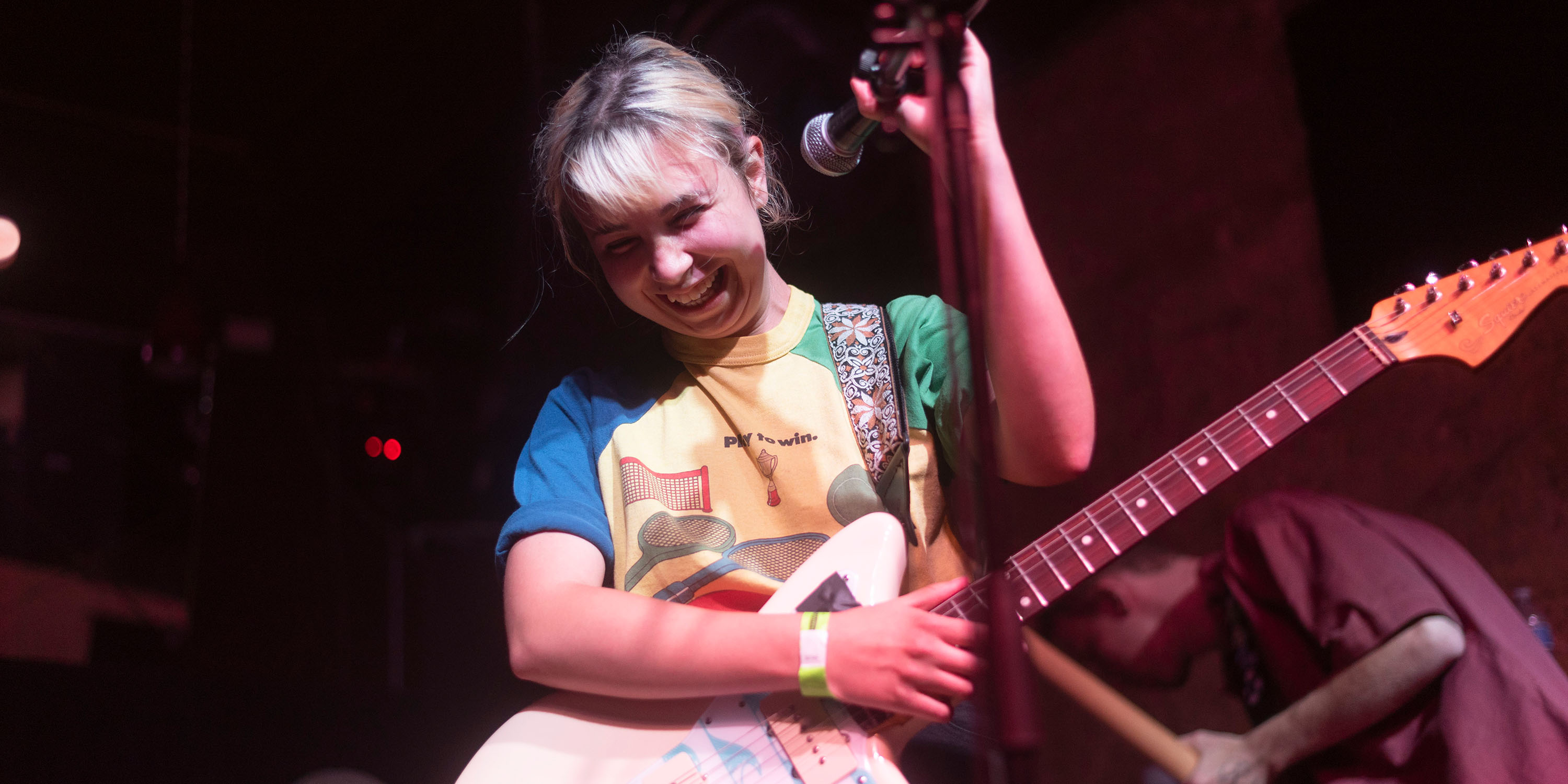 If to be prom queen is to be a throwback to the lightheartedness of high school drama, a badge of adolescent elitism, Beach Bunny doesn’t want it. The indie pop group is growing up and growing out  — even if it hurts a bit.

“That’s [where] I want to go with the album direction as well, kind of talk about some more deeper, necessary things,” said Beach Bunny frontwoman Lili Trifilio. “The biggest difference is just branching out from just singing about boys.”

Instead, Beach Bunny’s new EP “Prom Queen” touches on the stress of everyday life, from the existential dread of adulthood to the pressures of societal beauty standards. In “Adulting,” singer/songwriter Lili Trifilio sings of an identity crisis (“I could never decide who I should be”) with rising vocals that surface like air bubbles asking for help.

“One of my favorite artists in high school was Marina and the Diamonds,” said Trifilio. “I forgot that there are some artists out there covering topics like that.”

In title anthem “Prom Queen,” Trifilio plays on the trope of the picturesque prom queen as a continual struggle to measure up to “look a certain way.” In doing so, beauty becomes banal, centered on counting calories, “mom jeans” and “plastic wrap.”

The group, which has shared bills with Chicago indie names like Varsity and The Walters, carries similar jangle rock and catchy melodies, with an underlying pop structure and upbeat tempo, which often masks lyrics of heartbreak. In Beach Bunny’s most recent single, “Sports,” a complicated relationship seems “overrated,” but, of course, one the pair keep playing. If the title wasn’t apparent enough, love is just game, set, match  — for the “girls on the tennis courts,” Trifilio continues.

“Prom Queen” also features the slower, somber ukulele ballad “6 Weeks,” which was previously released on 2016 EP “Animalism.” But for Beach Bunny, breakup anthems are almost a staple subject (see “February” or “Jenny”). When it came to writing  — and dealing with a personal breakup — romance seemed a theme too common, maybe even too easy, to cover.

“I felt like I’m probably just limited to sing about really normal things,” said Trifilio. “I guess just because that’s what Beach Bunny had always been so I guess I owed it to the people that were longtime listeners to keep up with that.”

Trifilio started Beach Bunny in 2015, during winter break of her freshman year at DePaul. She had previously been in an acoustic girl duo in high school called Fingers Crossed before segueing into her own project. Trifilio also grew up in Edison Park  — never mind that earlier song, “Greetings from California,” where a relationship headed “south” can only be saved by best coast, west coast.

But now, Beach Bunny is actually headed west, on tour with Field Medic and Remo Drive, with whom they’ve shared a bill before. It’s Beach Bunny’s first tour, a big step out of their Midwest core.

“We didn’t have any transitional tour,” said Trifilio. “It’s going from like just playing in Chicago to hitting up like that whole west.” 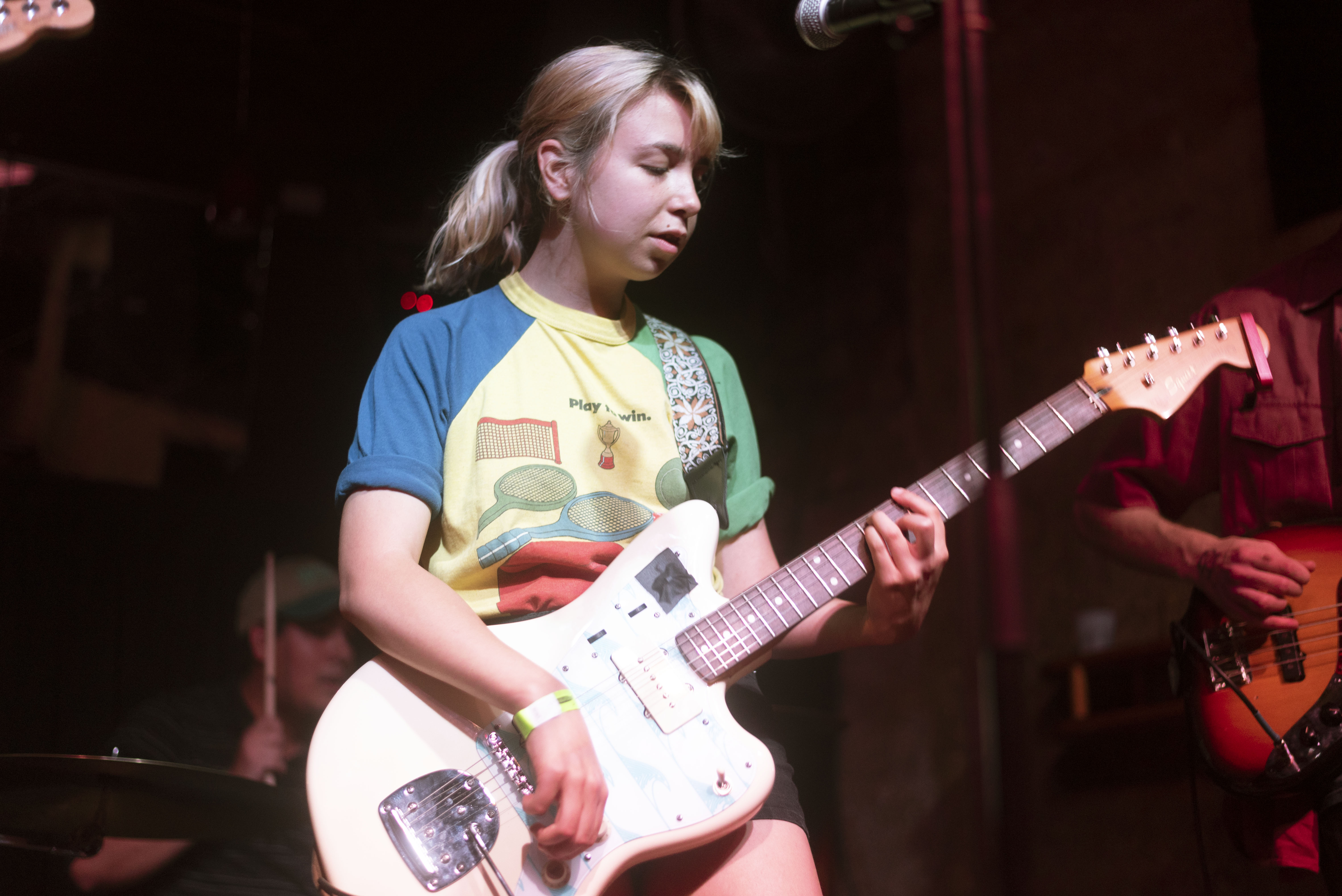 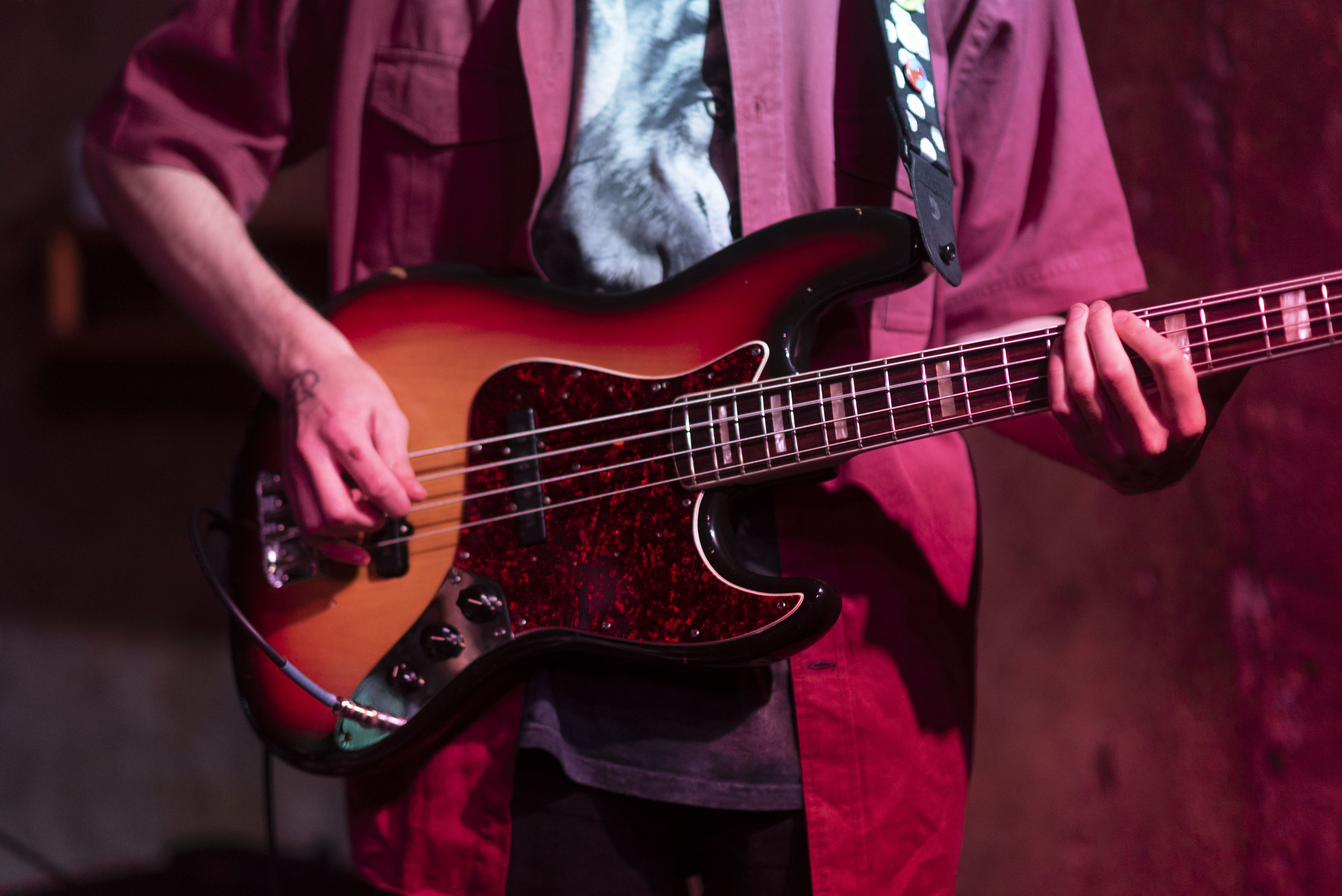 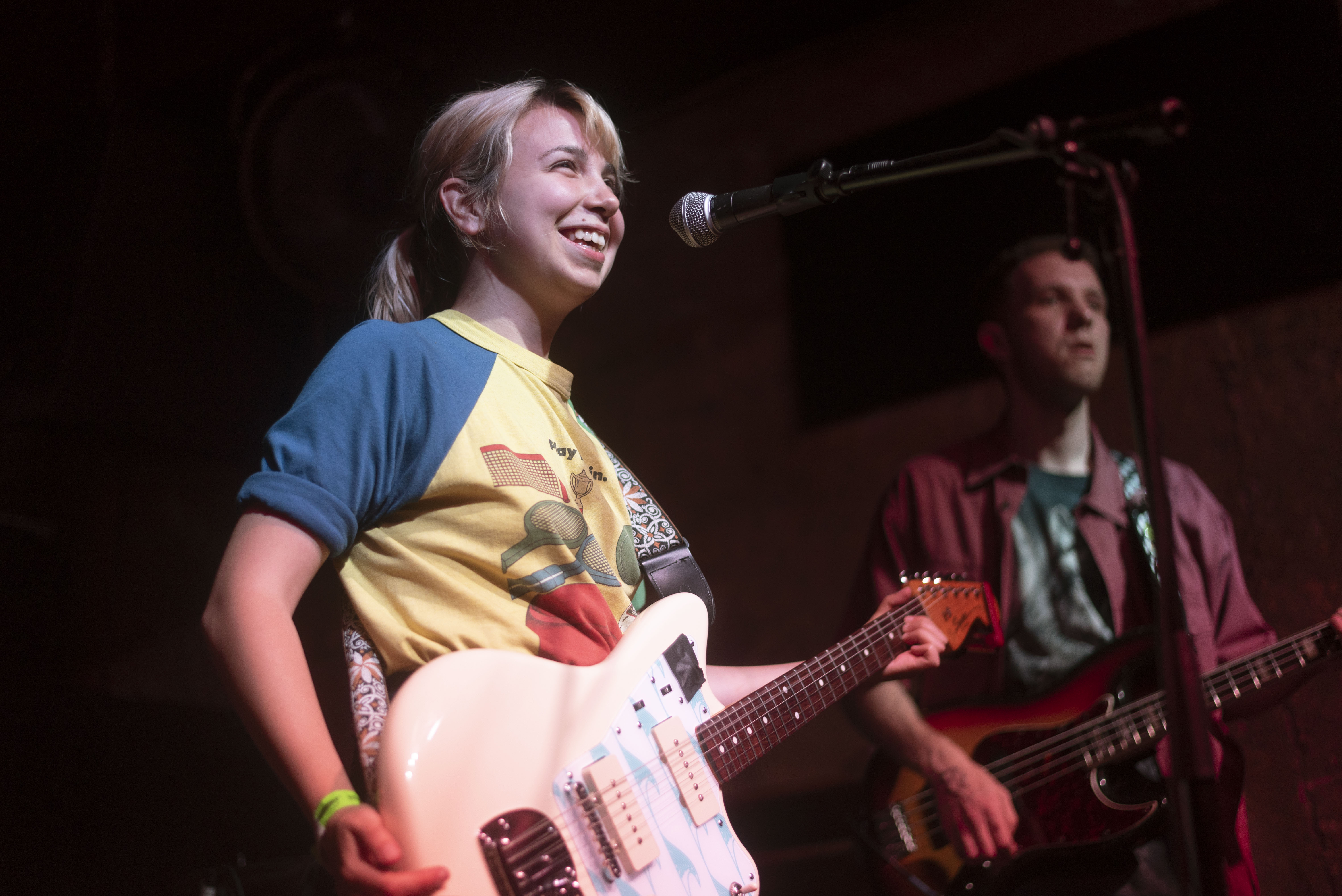 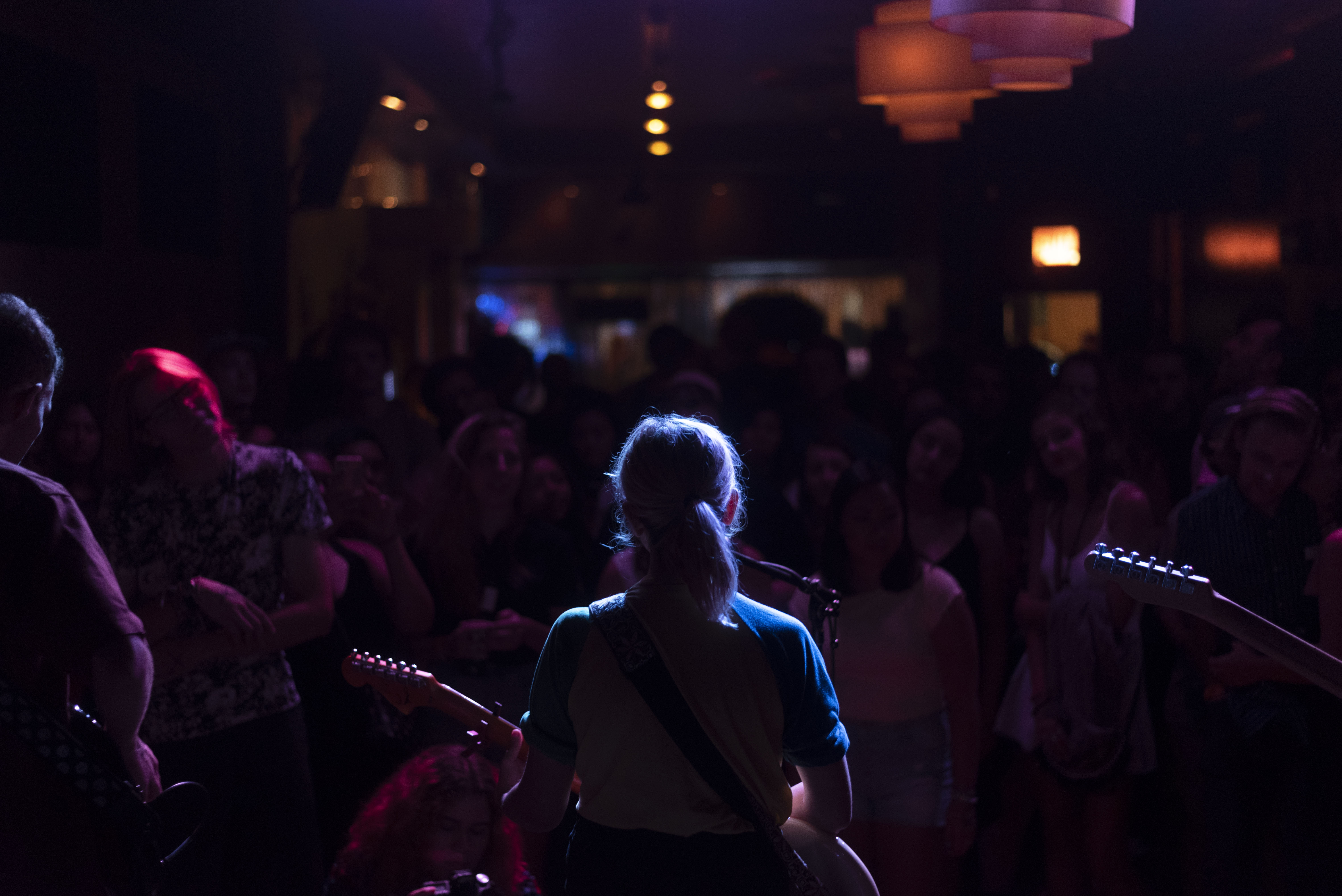 If things seem like they are moving fast, they really aren’t, said Trifilio. Beach Bunny’s still “doing it DIY,” according to Trifilo, whose unsigned (and has no desire to be, anyway). She’s played in DePaul’s Brownstones Annex and vacant house shows. Last summer, the group even entered a battle of the bands and lost.

Now, Trifilio is going into her senior year at DePaul — and finishes tour on the first day of classes. Trifilio said that understanding the balance between school and shows took a bit of a learning curve.

“I was really in the mindset that I need to play shows whenever possible or I’m going to fail,” said Trifilio. “I think we’re learning that overbooking, although can be really helpful, it’s not great for your mental health.”

Instead, Trifilio said she’s learned to prioritize writing music or playing one show a weekend when she feels burned out. Prom Queen’s looming fear of the forthcoming future might seem daunting, but so is the real world, and Beach Bunny takes those anxieties and packages them in the group’s signature sunny, surf sound, as a temporary relief. It makes for a good dance breakout before the breakdown.

Beach Bunny will host an EP Release show at Subterranean on Sunday, August 12. Get tickets here.