‘The Hate U Give’

‘The Hate U Give’ 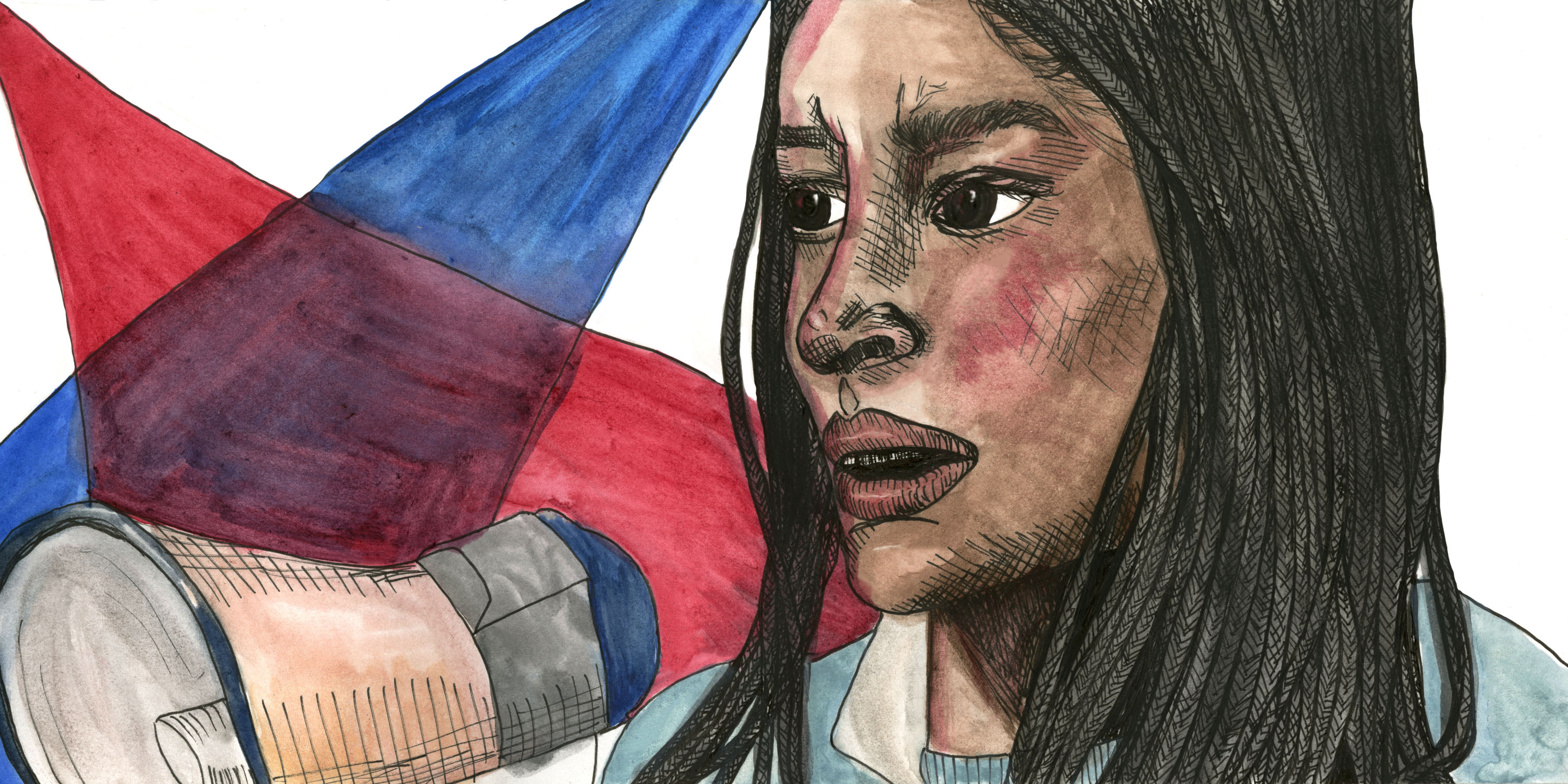 The Hate U Give is a breath of fresh air, as it brings so much more to the table than the Twilight and Divergent series of our time and serves us large portions of realness. It is a film with a message so honestly articulated, and a performance by Amandla Stenberg so heartbreaking that it left mine in pieces.

The Chicago Film Festival kicked off its lineup this year with a premiere of The Hate U Give, directed by George Tillman Jr., and screenplay by the late Audrey Wells, who adapted Angie Thomas’ book by the same name. Together they were able to tell a story that is powerful, funny, and rings bells of truth to the current state of American societies’ deep-rooted prejudices that lead to racialized violence.

The scene is set on the corner of Bleeker and Marigold street, the home of the film’s star, Starr Carter (Stenberg). Here in Garden Heights — a predominantly Black and low-income neighborhood where Starr grew up — is where, although she may not always feel safe, she always feels like she can be herself. However, every day when she steps out of her mother’s car and onto the front lawn of her school, Starr puts on a mask, code-switching to fit in with the mostly wealthy white kids who attend her prep school.

Starr walks a fine line between these two personas and finds herself in a grey area, a tear between two despairingly different worlds, and because of this I was instantly able to relate to her. As a mixed race African American woman, I have come to the conclusion that my own existence is a defiance of social norms, so to make up for that, code-switching has become less of a thought process and more of a natural instinct. Whether it be changing my voice and demeanor to better fit into a social setting, or not standing up for myself when I’m ignored or disregarded. I’ve personally never seen a film that attempted to talk about this issue, let alone make it one of the overarching themes, so for this I am grateful. A Black woman trying to navigate white society without losing her Blackness is a story overlooked by an entertainment industry that is majorly white- and male-dominated.

At school, Starr feels constant eyes on her, like everyone is waiting for her to make the wrong move. “I won’t give them a reason to call me ghetto,” she said. This line took me back to a younger me, who was no different and would rather be invisible than ridiculed by my white peers.

This constant struggle to fit in is piled on top of the fact that Starr is a teenage girl who is coming of age, but has little time to worry about boys and shoes. 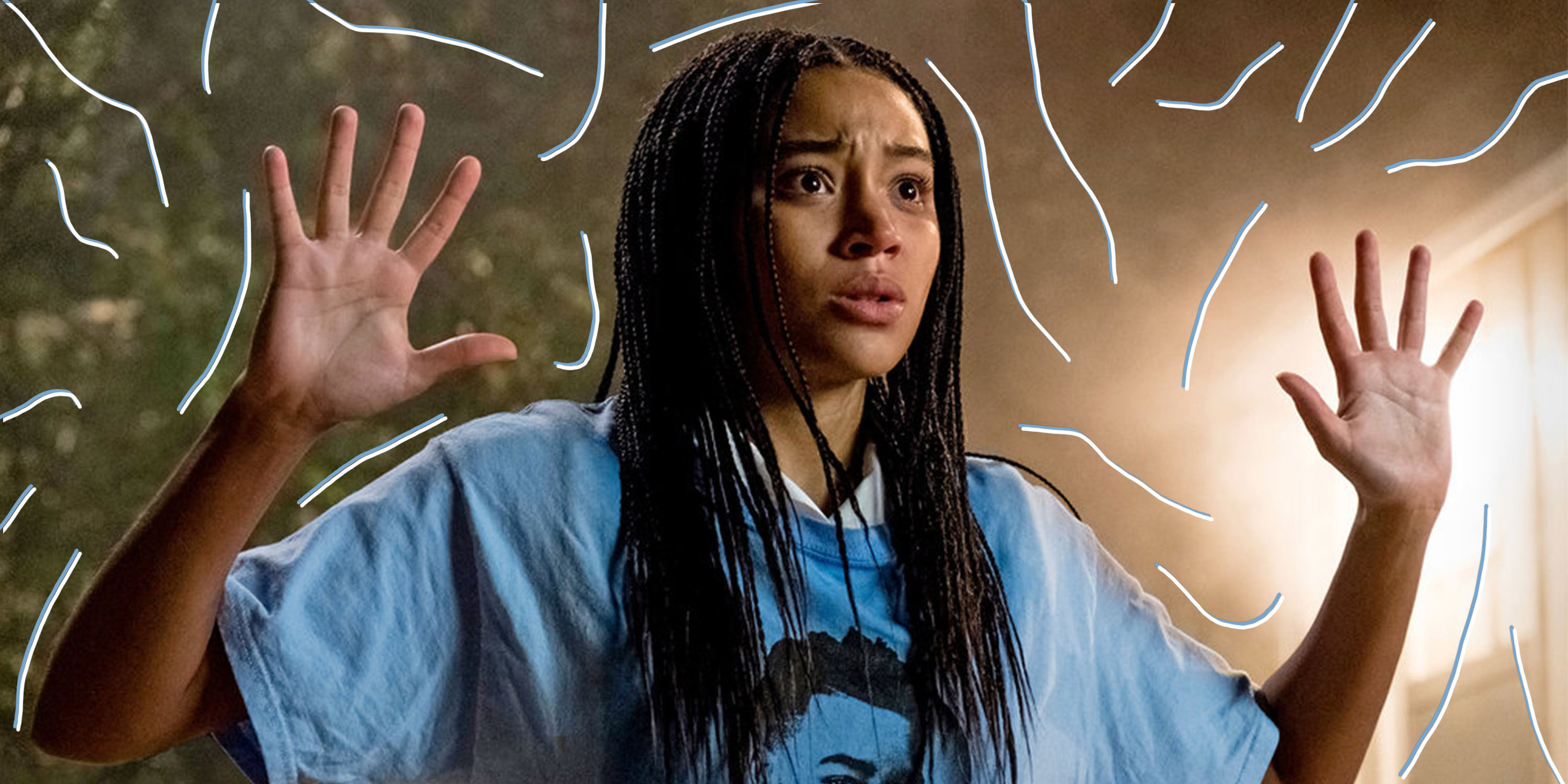 This is a heavy load for anyone to carry on their shoulders, but for a Black girl who is taught that the only way not to be left behind is to be stronger, faster, and smarter- this is just reality.

“We have the rest of our lives to be together,” said Khalil lovingly, Starr’s childhood friend, who offered to drive her home after a neighborhood party turned violent. He did not know what was soon to come.

They didn’t very get far before a police officer pulled the kids over.

In an instant, the entire atmosphere of the film changes. Panic and tension quickly rise and I find myself gripping to my seat, but why? They’re just being pulled over, why is this such a big deal? There was an audible reaction to the scene by the audience because we all seemed to, no matter our skin color, understand the reality of this situation for the characters and how much different it would feel if they were white. We knew what the danger was not only based on the historical context behind police brutality towards African Americans, but the current very extreme prevalence that the issue has today.

Three loud gunshots and Khalil falls to the ground.

Tupac Shakur’s coined acronym which stands for The Hate U Give Little Infants F—k Everybody, “meaning what you feed us as seeds, grows and blows up in your face,” said Tupac himself. Show children love and they’ll love, show them hate and they’ll hate, we are all products of our environment, this is a major theme of the book and film adaptation as Starr and her siblings grow up realizing how the world sees them.

Starr, before her very own eyes, has now witnessed this hate on the highest of levels.

The dashcam footage plays back, an unarmed teenager being shot down, and I realized it’s the same story I seem to see on the news every other week. With the current Laquan McDonald verdict, this film could not have come at a better time to provide awareness and understanding of the different effects of these racially charged cases. It manages to do so very effectively by pulling at our heart-strings and emphasizing the effect that the current socio-racial climate has on children.

These cases are often times politicized and desensitized, but Tillman is able to show even those who don’t experience “the hate” that those who do are real people who hurt just like everyone else, but somehow their perspectives never seem to see the light of day.

Tillman cleverly sprinkles throughout the film many other important issues that play a larger role in so many lives, but are often disregarded in film. He makes sure to show us the poor treatment of Black victims, white privilege, the unethical journalistic patterns towards coverage of cases of police brutality, the effects of loss on families and Black on Black violence stemmed from systematic racism.

Starr, plagued with internal strife has to ask herself what’s more important, standing up for her people or her own safety. She realizes, with the help of her loving parents Maverick and Lisa Carter (who so desperately want to break the cycle of violence for their children), that she has to stand up for herself and her community and can no longer be worried about what other people will think.

Starr’s journey leads her to come to terms with who she is, surround herself with people she doesn’t have to hide from and realize that as a Black woman her voice is her most powerful weapon. This leaves me with hope for the future of the African American community.