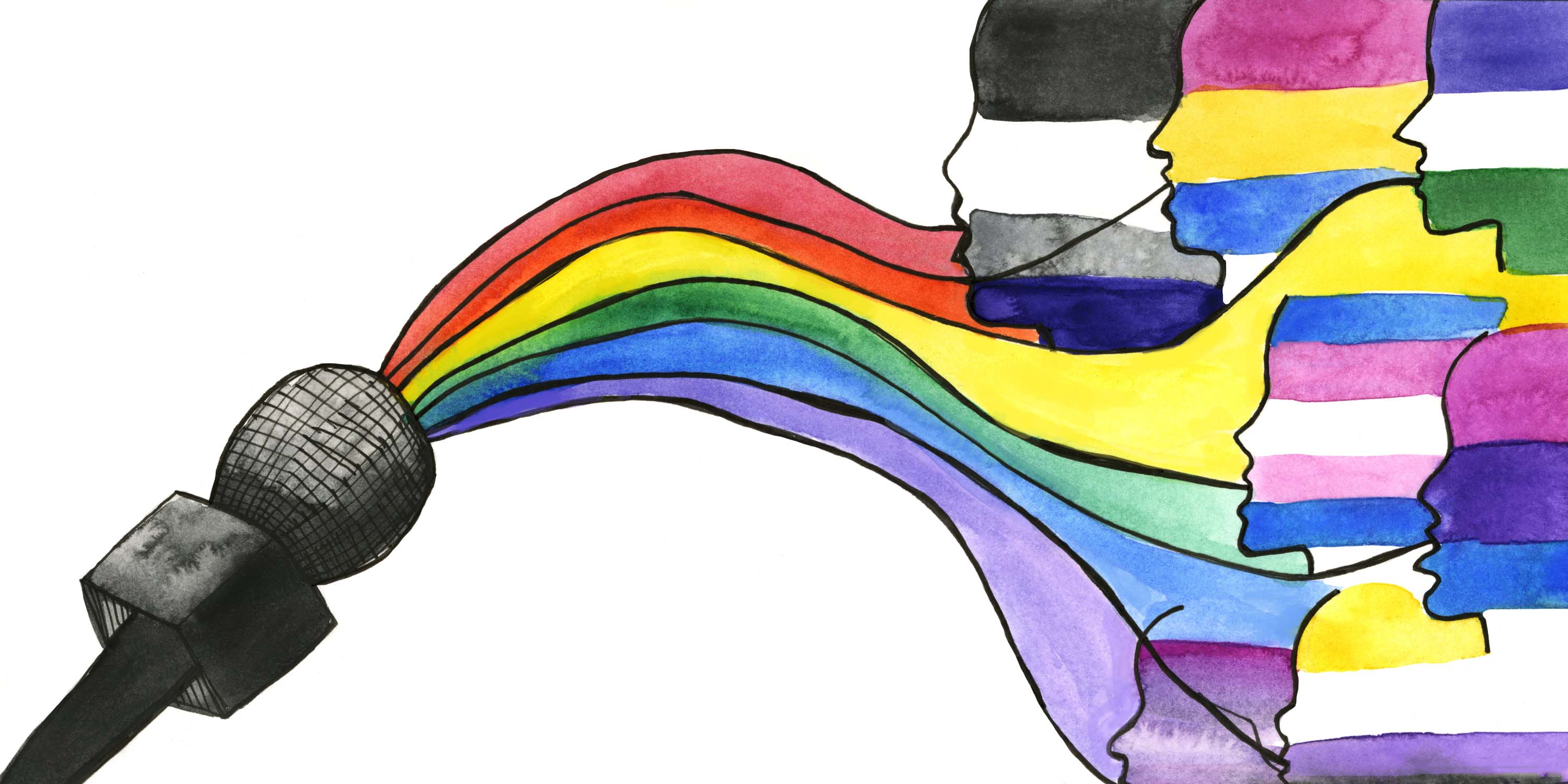 Ross Murray, the senior director of education and training at The Gay and Lesbian Alliance Against Defamation (GLAAD) Media Institute, visited DePaul on October 26. Murray presented two workshops at the College of Communication: one workshop was designed to help activists use social media as a tool for advocacy and the other workshop was directed toward journalism students and professional reporters with the goal of informing them how to cover the LGBTQ community. Here are nine takeaways from both workshops:

1. Reporters should be fair, accurate and inclusive when covering the LGBTQ community.

“Those who don’t know someone trans will get their information from the media, that’s why media depiction is important,” Murray said.

Trans people need to be humanized and have their names spelled right and correct pronouns used. Because true awareness can be so scarce, it is important reporters get it right.

2. The media should report on problems the transgender community faces.

For instance, reporters should be looking into problems relating to sex work, depression and AIDS.

3. While reporting, journalists should focus on the story.

Unless the details are relevant to the story, reporters shouldn’t ask questions about a person’s sexual orientation or gender.

“It’s not about wedding cakes,” Murray said about religious exemption laws. Such laws will also affect doctors, landlords, adoption agencies and funeral homes. Murray said such laws would allow all professionals to deny services to those who are part of, or are related to, the LGBTQ community. So, it is important that reporters cover the whole story and its impact, not just one case.

5. It’s important to understand the full scope of a bill to report on it accurately.

Since 2016, there have been 26 state attempts to restrict the use of bathrooms based on gender. Those who are transgender would face this unnecessary hurdle to go to the bathroom. North Carolina is  the only state to pass a “bathroom bill,” or House Bill 2, into a law in 2016. It was replaced in 2017.

6. Social media can be used as a tool for digital advocacy.

“In the same way a hammer can be used to build a house and as a murder weapon, social media can be used for good and bad,” Murray said. The goal of having an online presence is to have as many loyal participants as possible. “Turning one voice into a chorus of many voices that are louder together.”

7. Engage with your  audience on social media.

Share, like and retweet your followers to show you care, create loyalty and stay aware of what is going on. Social media is a two-way street. If you show you care for the audience, they will respond.

Sharing content on social media is a form of endorsement, Murray said. Working with third parties will help growth in an organic way instead of buying followers or likes. This is also a good way to merge audiences with similar interests. Content can be used to build a brand for yourself.

9. Ask your audience for support.

Having your audience participate with you makes it feel more personal. Participation can be simple, like asking followers to retweet or share a post. Social media activism can be used to communicate and influence world leaders.

For instance, in April 2017 GLAAD made a public call through social media to urge Nikki Haley, the U.S. ambassador to the United Nations, to condemn attacks against the LGBTQ community in Chechnya. Haley received a lot of attention from GLAAD and their supporters on Twitter. In result, Haley released a statement to the United Nations saying, “Chechen authorities must immediately investigate these allegations, hold anyone involved accountable, and take steps to prevent future abuses.”

Murray said this was a major accomplishment for GLAAD to have an influence on a international level.

Ultimately, journalists need to report with respect and get the bigger picture on important topics for transgender people. Meanwhile, advocates can use social media to amplify their voice and make real impact on the world.