The Revolution Will Not Be Tel.. 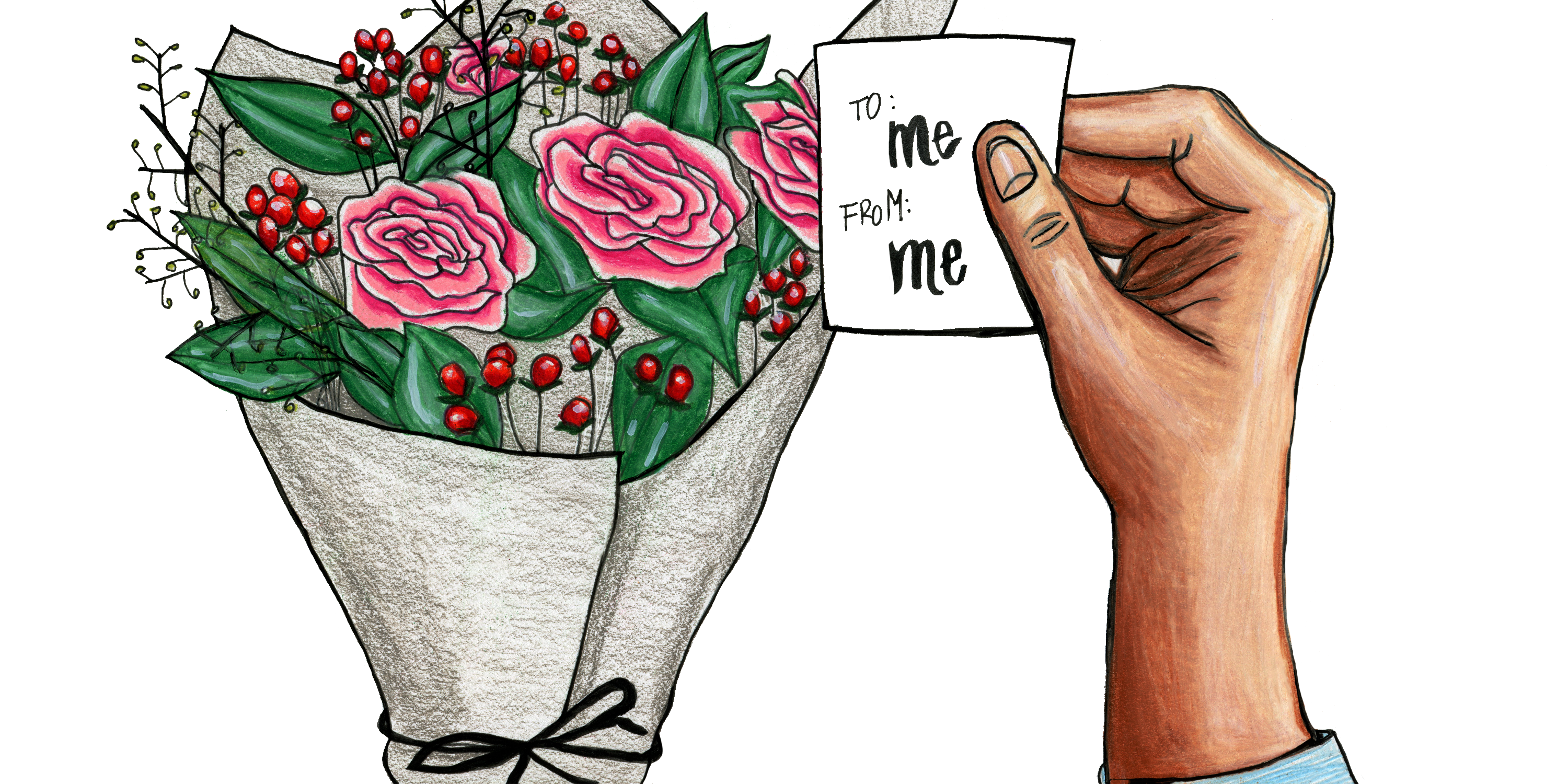 For some, Valentine’s Day can be a harsh reminder of their single status. Stores are stocked shelf by shelf with stuffed animals, heart-shaped boxes and Valentine’s Day cards that are meant to be sent to that special someone.

Valentine’s Day almost requires consumerism to be celebrated. According to the National Retail Federation, the expected amount of money to be spent in 2019 for Valentine’s Day is over $20 billion. The holiday seems to predicate itself on giving  — giving in money, time and gifts — to someone else as the ultimate guise of  “love.”

In a society where romance and finding true love is often defined as a key to happiness (not the key but definitely one), being single becomes synonymous to living an unfulfilled life. Rom-coms and old Disney princess films show that individual achievements and personal acceptance are not enough. Love for another or finding “the one” are considered driving factors for fulfillment or happiness. An important concept that doesn’t receive enough attention — on Valentine’s Day especially — is the concept of self-love.

Self-love is defined as “the instinct by which one’s actions are directed to the promotion of one’s own welfare or well-being,” according to Dictionary.com. Why does self-love take a back seat on Valentine’s Day, a holiday dedicated to celebrating love? How does self-love fit in the narrative of a relationship-central holiday?

Being single on Valentine’s Day is different and difficult but self-love is essential. More than one third of consumers under 35 who say they do not celebrate the holiday still spend on themselves or other single friends, according to the same National Retail Federation study. Northwestern senior Roland Gastfield defined self-love as “an appreciation of who you are as a person and what makes you you. Finding enjoyment in your own life and happiness with your own intrinsic qualities.” Gasfield acknowledged that Valentine’s Day emphasizes an appreciation of romantic relationships but if “self-love is the only love being received…it’s important to express it to yourself and think about it.”

“I love myself every day of my life so it’s not really something I emphasize on Valentine’s Day,” said Gasfield.

Valentine’s Day is an opportunity to showcase love on social media accounts, which can be a nice singular shout-out to a loved one but as a collective lead to overwhelming feeds. Representations of love posted on social media can make a drastic impact on users’ mental health, based on a 2013 Public Library of Science study. Those seeking to change their relationship status on Facebook from “single” to “in a relationship” may experience some negative emotions as the Valentine’s Day posts come through.

Being in a relationship requires, among other things, effort and vulnerability, according to the authors of Secrets of Great Marriages: Real Truths from Real Couples About Lasting Love, Linda and Charlie Bloom. The effort and vulnerability require some thought for someone else rather than for yourself, but being in relationship doesn’t mean making self-love a low priority.

Twenty one-year-old Alondra Blanco, who’s currently in relationship, defined self-love as “a form of truly and deeply appreciating who you are.” She said that self-love in a relationship is different because it can be construed as “what your partner loves and appreciates about you.” Although she struggles with self-love in general, she plans to make it a priority when celebrating Valentine’s Day this year.

“In all honesty, self-love has always been something I have promoted to my friends but never actually expressed self-love in my own person,” said Blanco. “This Valentine’s Day, and hopefully every day, I will be celebrating self-love.”

Although self-love isn’t a common theme on Valentine’s Day, it’s certainly still important, especially being single. Love, as expressed by Gastfield, doesn’t have to be something received from someone else. Being deserving of love doesn’t require validation from others. Love is not reserved for those with someone to love. Self-love, whether in a relationship or single, should become central when celebrating this Valentine’s Day.