The Soccer Player in the Closet Attempts to Wrestl... 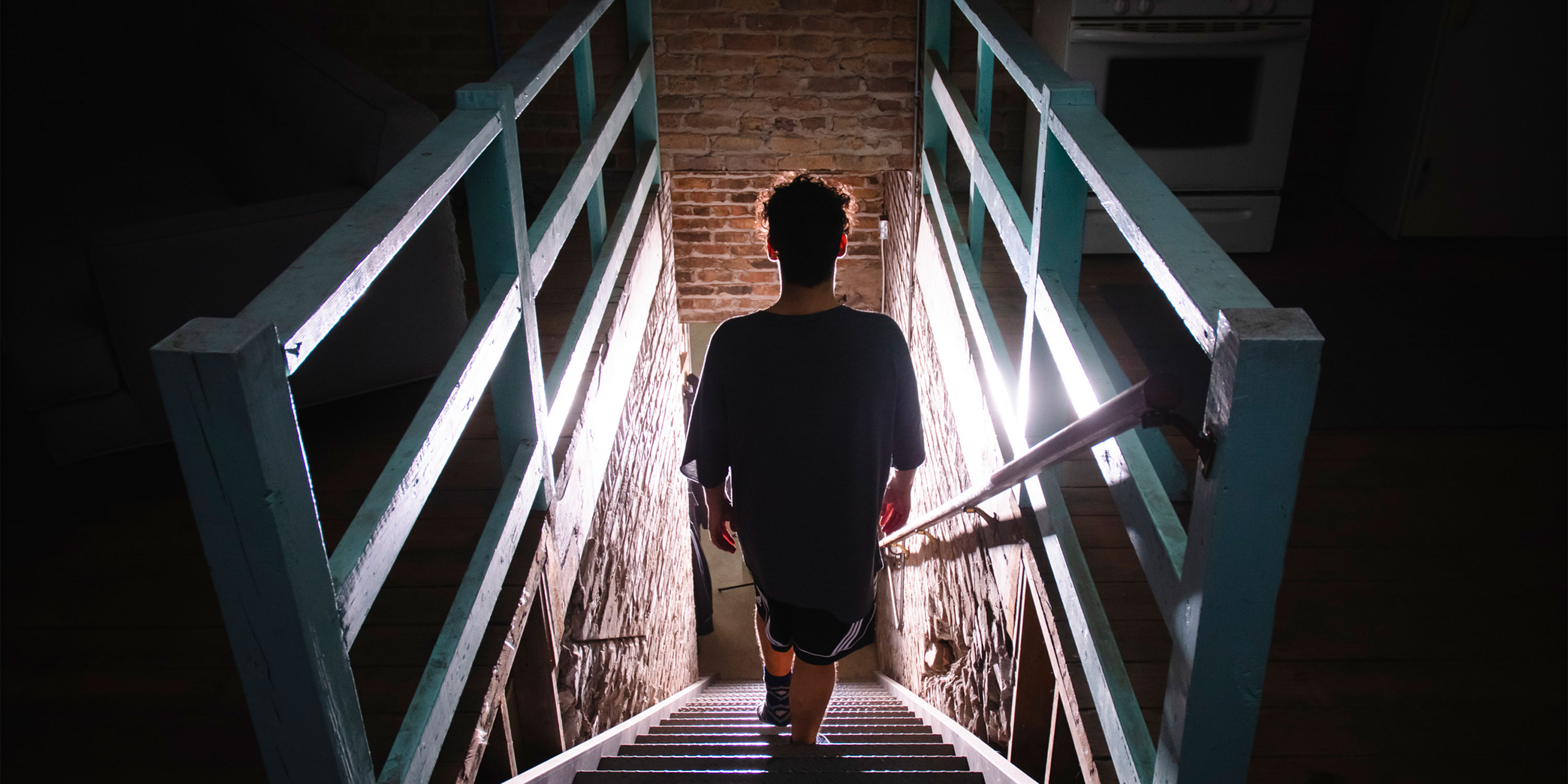 Taking place in a small loft above the Christy Webber Farm and Garden in Humboldt Park, The Soccer Player in the Closet attempts to grapple with what it means to be gay and Latinx, as well as with the depression that is often caused by familial pressure.

Playwright Ryan Oliveira and director Christopher Sylvie chose the loft to give audience members a site-specific look into main character Cristiano’s depression. Cristiano, played by Rolando Serrano, was once a top ranking e-player but after his secret lover and his father passed away, fell into a depression that resulted in him not leaving his apartment for years. Instead, he remains locked in, playing video games (though not nearly as well as he used to) and trying to forge a connection with another e-player named Bash, but lacks the confidence and communication skills to do so.

The play gracelessly shifts between two different timelines: one where Cristiano is dead and his friends and cousin attempt to communicate with him through internet brujeria — or spiritual witchcraft often practiced in Latinx communities — and another where he is alive and struggling to maintain his relationships and leave his apartment. With each pivot in the plot, the other characters — Milena, Leona and Coby — start to uncover secrets about themselves and how difficult it is to be Latinx in America. They discuss leaving their dreams behind to support their families, which relates to how Latinx families often guilt their children into staying put as opposed to chasing their dreams elsewhere.

The Soccer Player in the Closet, then, does a great job of laying out these different factors that contribute to the depression that first generation Americans face — which is one of the goals of the play according to Oliveira and Hannah Herrera-Greensphan, the play’s dramaturg and DePaul alumni. “Being open and candid about our mental health is needed,” Herrera-Greensphan said. “Especially in our community, even more specifically in the queer Latinx community.” 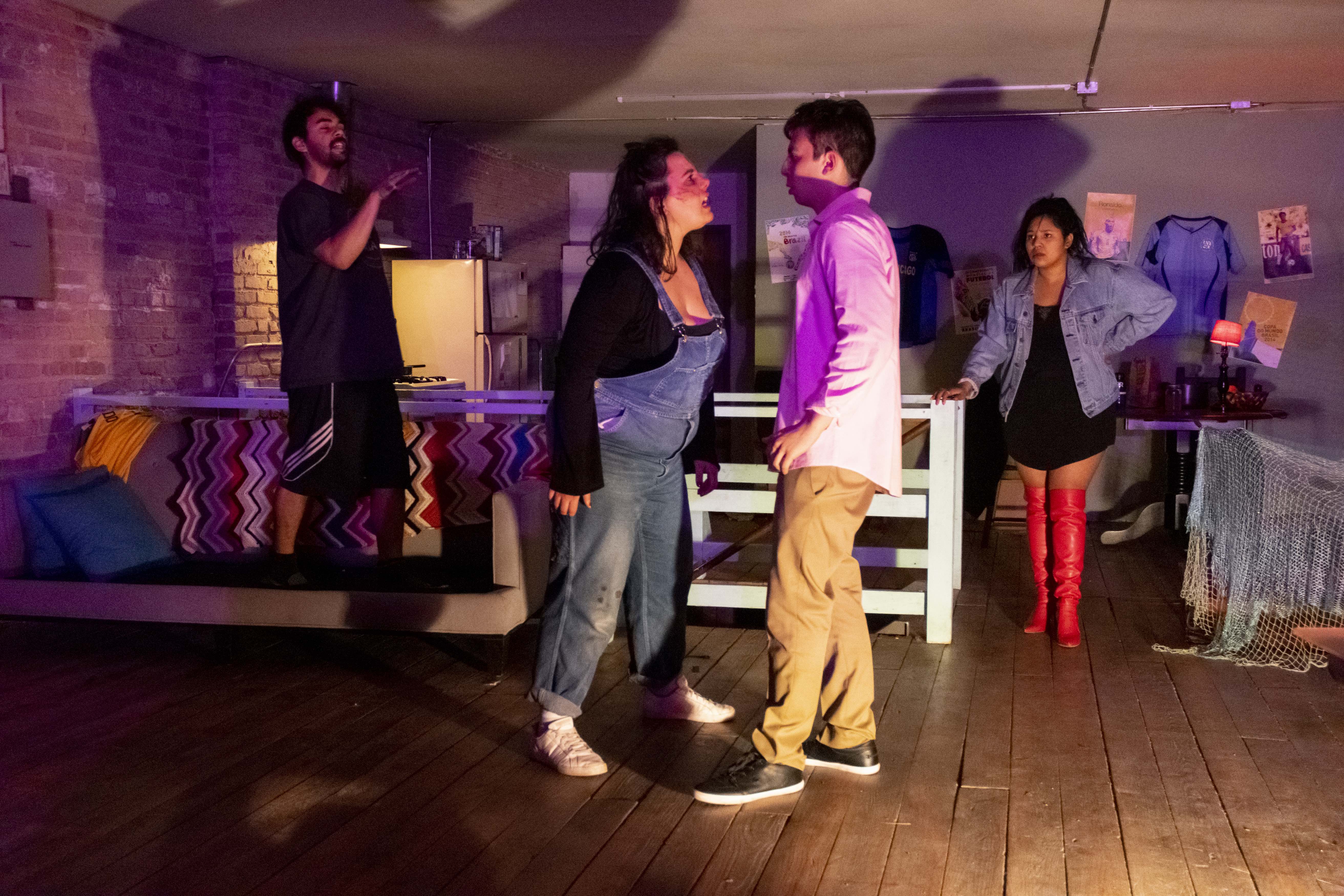 Yet, it didn’t identify any new methods of destigmatizing mental health in the Latinx community. Instead, it uses brujeria as a running gag to rid the apartment of Cristiano’s lingering spirit that culminates with an exorcist-like battle between Leona (who is now possessed by Cristiano) and Coby. Perhaps Oliveira was trying to show that brujeria is not something to mess with or learned on the internet. But more than anything, it felt like a punchline distracting from the more serious undertones of the story.

The ending was especially insufficient because even though Cristiano finally left his apartment and the other characters were more self-aware — there was no real sense of growth or a solid conclusion. While the production attempts to dig into the complexities of queer identity and mental illness in Latinx households, it falls short of creating a new dialogue about them — despite the ensemble and playwright’s best efforts.

Presented by Nothing Without a Company, The Soccer Player in the Closet runs until March 11th at the Christy Webber Farm and Garden on 2833 W. Chicago Ave. Tickets are $25.

chicago theater, Hannah Herrera-Greensphan, latinx, LGBT, queer identity, Ryan Oliveira, the soccer player in the closet. Nothing Without a Company