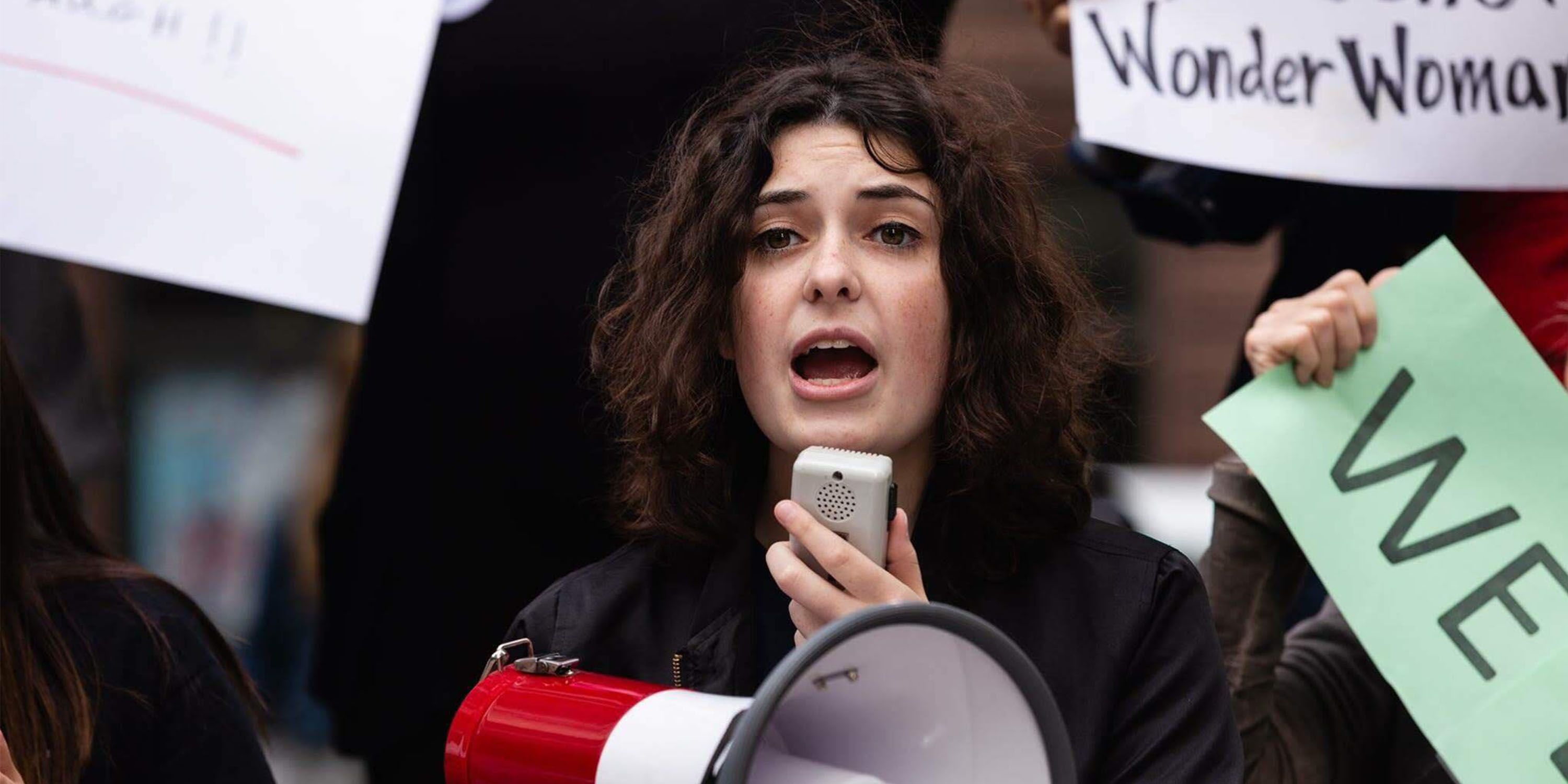 Some days, it’s taking to the streets. Other days, it is a meeting to discuss the political climate for women today. Whatever the case, it is impossible to deny that DePaul has a wealth of ways to be involved in feminist activism. There are a few clubs on campus exemplifying what it means to be a feminist, from battling rape culture to standing up against sexism and fighting for reproductive justice.

The president of Advocates for Sexual Assault Prevention (ASAP), Grace Gubbrud, said that the goal is to “get people paying attention to rape culture on campus and beyond.”

Meetings take place each Monday and ASAP spends these meeting discussing relevant topics mostly pertaining to sexual assault in the first half and planning future events in the second half, according to Vice President Brynn Frantz.

Outside of meetings, ASAP holds events like writing letters to the Department of Education about potential changes to Title IX or a speaking engagement with the Title IX coordinator to go over the process of reporting sexual assault on campus. More is to be expected when Sexual Assault Awareness Month arrives in April with the club planning “large scale activations and peaceful protests,” Gubbrud said.

Gubbrud’s activism is inspired by her experiences with sexual violence and wanting to prevent that happening to others.

“I have found so much healing  in the activism work I do,” Gubbrud said. “If I can reach one individual and help them through what I’m doing that is worth it.”

Frantz found inspiration in a similar program at her former college. “I began to see how impactful a student run organization on a college campus can be, particularly for an issue that is exceedingly prevalent among college students,” she said.

Gubbrud and Frantz both note how prevalent sexual assault is on college campuses, but they take it steps further by spreading the word on it and providing resources to the DePaul community. Sexual assault is not just a figment of college that moves past as we grow older. Its effects last forever, Gubbrud pointed out.

“We need to work to educate people on the prevalence of the problem, how systems fail survivors and how we can work to change this,” Gubbrud said.

To accomplish this ASAP finds dynamic ways to support the community it reaches. ASAP “provides students a way to learn more about their options in handling trauma while also being a part of a small community that is focused on understanding and uplifting its members though both conversation and activism,” Frantz said. 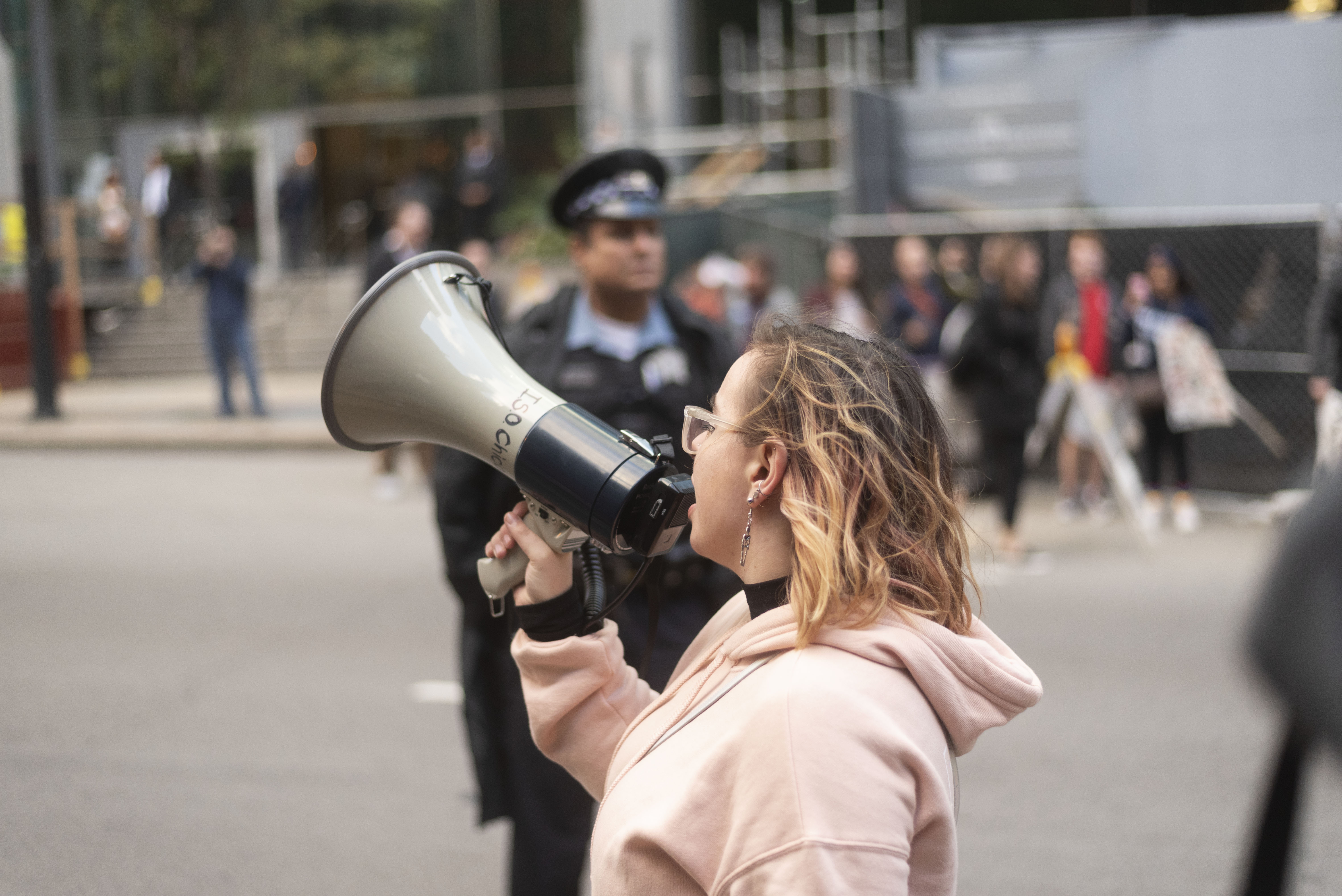 Women’s March DePaul was formed just this year by freshman Riley Reed. Reed said the club bloomed from the goal of wanting a club on campus that supports women and femmes. She began her quest for such a club and by finding other women for the executive board and partnering with Women’s March Chicago.

“After that, we just hit the ground running,” Reed said.

Thursday meetings typically consist of a rundown of events to come and sometimes an activity, Reed said. For instance, the meeting before last October’s Chicago’s Women March featured poster making for the event. Within the club, Reed values teamwork by hearing out different opinions of what Women’s March DePaul should do next.

“It’s very important to us that we stay in touch with our community,” she said.

While Women’s March may be in the club’s name, Reed said that the club is not limited to just women’s issues, instead taking an intersectional approach by representing people of color, those in the LGBTQ+ community and advocating for gun violence prevention as well as women’s rights.

“I think other students and young people inspired us to get involved, seeing what kids around the country are doing, starting organizations, voting and fighting for what they believe in made me want to do the same,” Reed said of the club’s inspiration.

When the 2016 election and the appointment of Brett Kavanaugh to the Supreme Court caused an uproar among those involved with Women’s March DePaul, the club continued their fight forward. Their efforts are reflected in the results of the midterms of 2018. With the additions of Alexandria Ocasio-Cortez, Ayanna Pressley, Rashida Tlaib, it has become the most diverse Congress in history.

“It shows that your vote, which is your voice does matter,” Reed said. 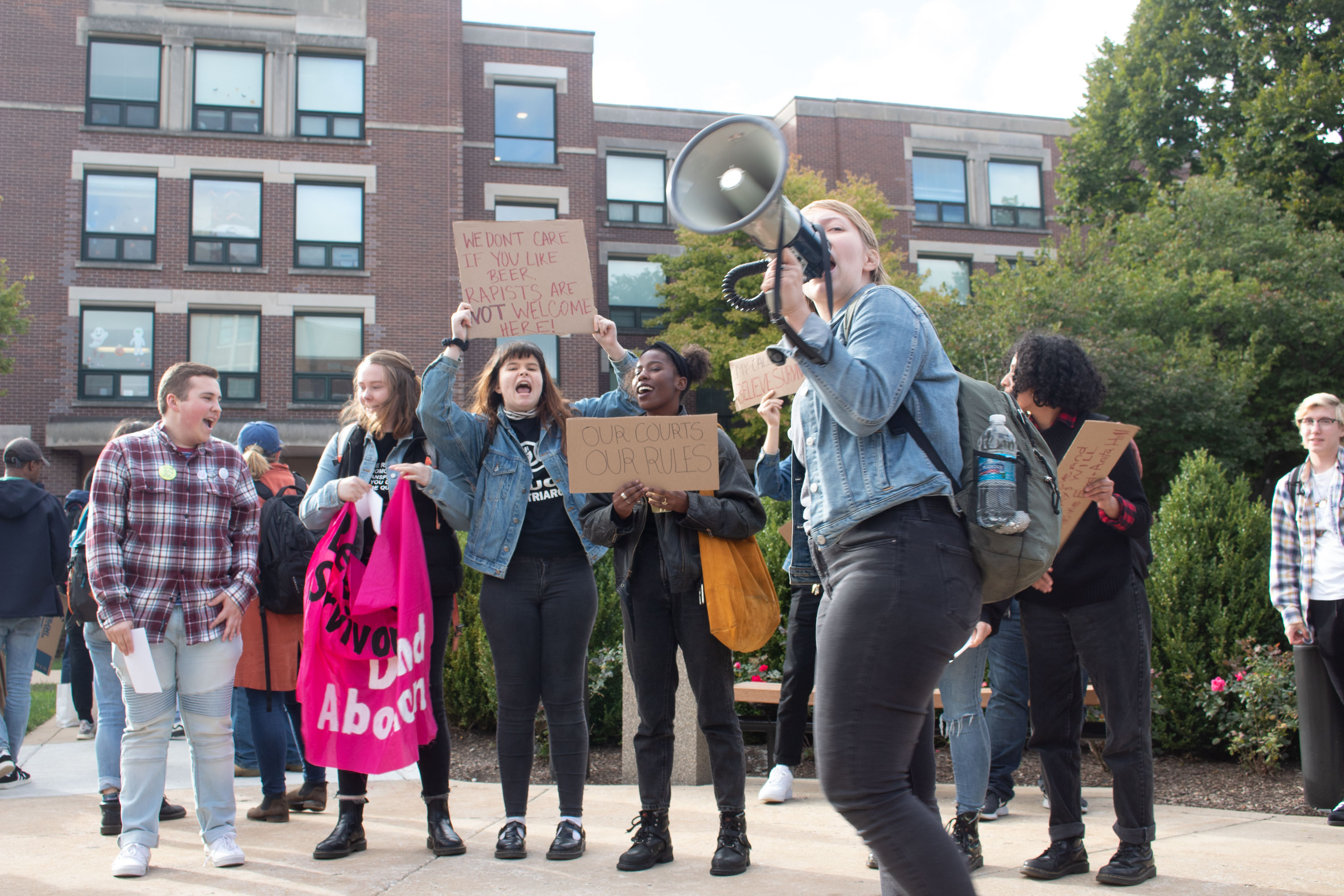 From an UberPool ride came the club Students for Reproductive Justice. Amy Weider was riding in the same Uber as Jenni Holtz, sparking a chat that eventually led them to grab coffee and discuss the need for a feminist space focused on “reproductive justice, transformative justice and queer love,” Weider said. Along with this need, Weider also noticed a Trojan report detailing a high level of STI’s on campus. After viewing this, they knew something ought to change, beginning with educating the DePaul community on safety.

SRJ is doing just that. Each meeting, a new member leads a discussion beginning with an icebreaker and check-in. Then comes updates. The leader discusses what is next for the club, whether it be a protest planned or the “Text Jane” initiative happening now (call 773-609-0615).

“Text Jane” may be what SRJ is most known for around campus with posters lining the buildings and frequent social media posts. The initiative is a delivery service of internal condoms, external condoms, dental dams, lube and pregnancy tests to those on campus. Weider said the club got this idea from the 1960’s Jane Collective, a service in the pre-Roe v. Wade era that granted illegal abortions.

Whatever the meeting brings, Weider always makes sure there is “community and snacks.”

In a club like SRJ, activism efforts must remain at the forefront. This may look like a protest, such as the one held during the hearings of then-Supreme Court nominee Brett Kavanaugh or a counter protest at the March for Life rally.

No matter the activism, Weider said of SRJ’s goal, “We care deeply about creating and engaging in a consensual, sex positive and explorative campus culture and we think that these reproductive necessities need to be free and available to students in order to obtain this goal.”

To Weider, the work is never done. In fact, they want to continue SRJ’s growth and add on to the legacy of the fight for reproductive justice. However, the lens must shift from “pro-choice to pro-access and pro-free abortion,” Weider said. This means more clinics in each state and Medicare and Medicaid coverage for abortions. Weider also acknowledged that the reproductive justice movement must continue with intersectionality and inclusivity  by recognizing the women of color who started the movement and framing their battle in a gender neutral way. There still may be a long way to go but with an image in mind of how the reproductive justice movement should look SRJ is fully armed.

Editor’s note: Jenni Holtz, a founding member of SRJ, is also the staff illustrator at 14 East.