9 Things We Learned About Our Community From Our W... 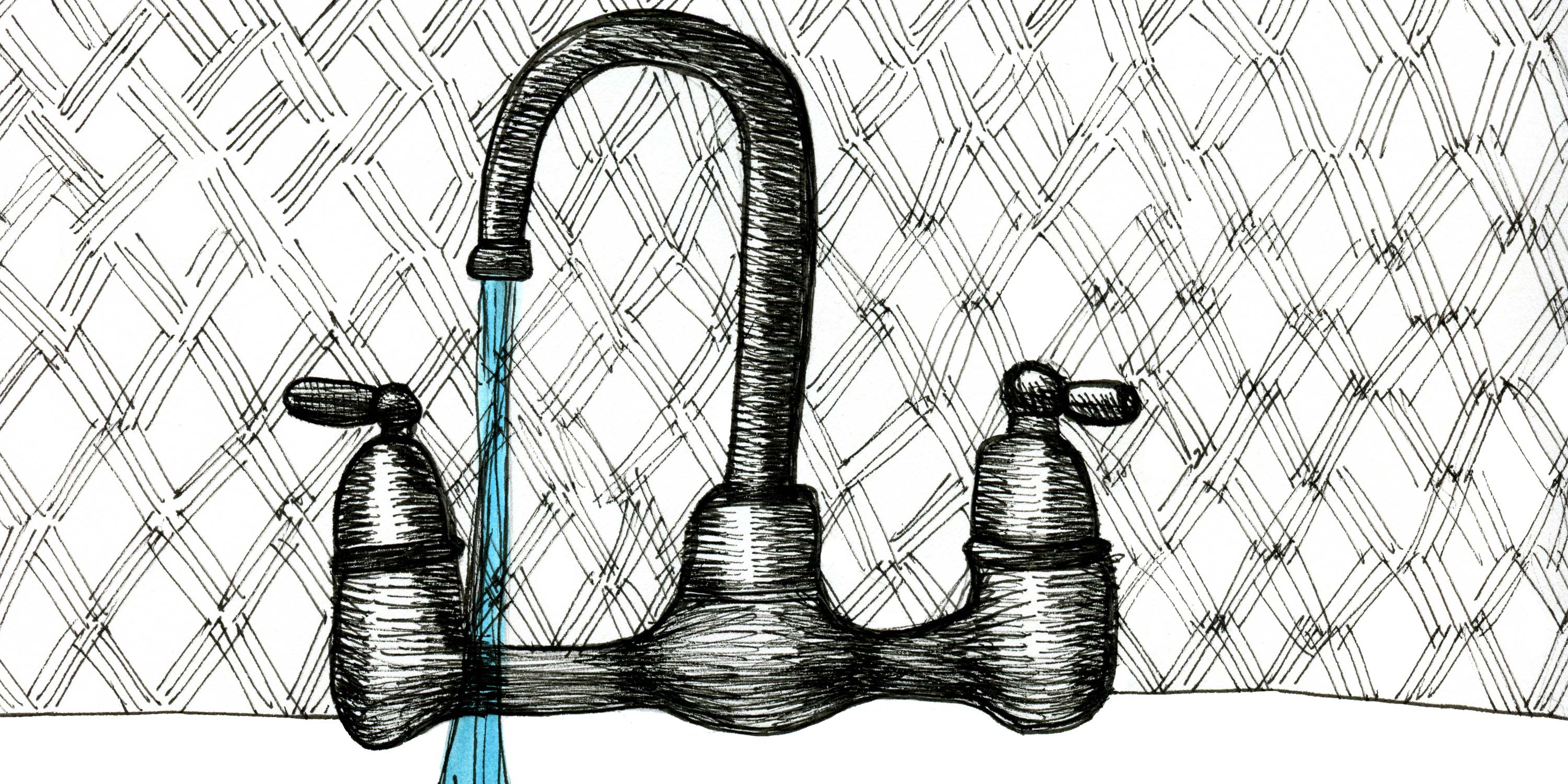 In January, we launched the second round of our water testing project, and we asked you join us by signing up to test your tap water. So far, we’ve had over 60 people express interest in testing their tap water.

We invited everyone who expressed interest in the project to grab coffee (on us!) and tell us what is important to them and why they wanted to test their water. Six people took us up on that offer and over the past six weeks, we’ve met with members of the DePaul Community at coffee shops, on campus and DePaul.

While the focus of our project has to do with water safety, we learned that there are a lot of other things that you care about like environmental racism, Catholicism’s role at DePaul and gentrification. We also learned about how you access information, how you learn about your community and what questions you have that need answering, like what responsibilities landlords have to renters.

You gave us a lot to think about — both in terms of how we think about the work we are doing and how we get it to you. We’re working through the feedback you gave us to help cater the remainder of our water testing project, as well as the rest of our coverage. But, until we make those changes, here are the top six takeaways our reporters learned from our listening sessions.

“I feel like I’m more behind on Chicago news than world or national news.”

When I met with freshman Callie Beier, we talked a lot about her news habits, including how and when she gets her information. She has the CNN app, which is the main way she gets her news in addition to using social media. But, as a new resident to Chicago (Beier comes from southern Illinois), she doesn’t keep up with any local outlets, mostly because she doesn’t know where to start — what’s a good news source? Who are reliable reporters? Beier isn’t sure. From speaking with her, I learned that though some students at DePaul are from the area, many are brand new to the city and the media landscape. This makes staying informed on the local level more difficult for them. —Marissa Nelson, Community Engagement Editor

“I really wanted to assess the quality of my apartments water. I don’t trust the water quality in my apartment and I wanted to double check.”

Sophomore Jon Knecht wanted to make sure him and his roommates had adequate drinking water. Knecht lived on campus at DePaul his freshman year but decided to make the move off-campus in August. As a student living off campus for the first time, it is important to take necessary actions to make sure living arrangements and conditions are at the best standards. Knecht wondered if there were any resources he could have used since he knows the amount of lead in Chicago’s waters are high in certain areas. —Hector Cervantes, Contributing Writer

“I feel like a lot of people still don’t know what’s going on with buildings, what they’re made of, the dangerous chemicals and elements. Honestly, it’s hard to care when you have so much pressure of real life going on.”

I met with Edina Hodzic, a graduate student studying public health, and we discussed the role that media plays in spreading important health information to Chicagoans. I’d been helping her work through the test documents for a few weeks, and she was almost ready to send in her kit to be tested. She said she had been interested in testing her water before this project, but she got caught up in other responsibilities. She said she would like to see more reporting on mental and physical health, with a focus on data-driven research to promote advocacy. —Christopher Silber, Associate Editor

“I feel like if you want change, if you want policies, you need to write research to support it,” said Hodzic. “And the only way to get that is if people get involved.”

“The process wasn’t necessarily bothersome because I wanted to do it, I was just shocked at how meticulous the process was. I also had to coordinate with my roommate a time that we would be able to not use the water in our apartment for 8 hours so that the test would be effective, but that wasn’t too hard.”

Sophomore Grace Jacques and I kept in constant contact throughout the water testing process. From the test itself to her feedback on the process, Jacques kept a patient attitude. While the process can take up to several months, Jacques made clear that the cause was too important to brush off. To some, the process may appear time-consuming, but for change to happen, patience and perseverance are necessary. In some cases, ignorance may be the easiest route, but ignorance does not create change.  —Elle Lynch, Contributing Writer

“I was somewhat concerned about the quality of our water before this project, but since I became aware of it I’m definitely more worried and curious about the results.”

I spoke with Cecilia Kearney, a sophomore studying English, who also happens to be my roommate. She is also involved in DePaul’s Urban Farming Organization and very invested in environmental issues pertaining to the Chicago and DePaul communities. She has been involved with this process for as long as I have and has more questions that she thinks DePaul media outlets should be investigating to best inform their community. —Francesca Mathewes, Associate Editor

“I really want to know more about the history of gentrification in Logan Square, specifically how it’s connected to DePaul students living there,” said Kearney.

Kearney lived in Boystown and in Evanston before attending DePaul and said that she’s observed more DePaul students moving to Logan Square in recent years, initially for price. “I know college students don’t always have a lot of money and the area has been gentrifying for a while, but I still want to know how it affects the community. Can broke college students justify moving to an area for cheaper rent while also helping to gentrify it?”

Kearney also wants to know more about the influence that the Catholic Church has in DePaul’s policy making, finances and practices, as well as recent discussions about a potential switch to the semester system, and is curious about the experiences of students transitioning to DePaul from areas that are more rural or conservative. —Francesca Mathewes, Associate Editor

“We feel that here, the water was better because we couldn’t smell anything bad….we also asked our neighbors when we moved into our first apartment like ‘hey guys can we drink water from the tap’ or ‘how is the water, is it safe to drink’ and many people said they were comfortable with the water here.”

International graduate student Rosbelis Quiñonez is from Venezuela, where issues surrounding quality of water are much more obvious and prominent. Quiñonez recalls some residents opening their taps to find black liquid coming out of the pipes, making it an obvious hazard to the residents of Venezuela. However, coming to Chicago, it was a completely different story. Here in the city water comes out clear and has no real physical sign of contamination, making Quiñonez think it was safe to drink. After hearing recent reports about elevated lead levels in the water, Quiñonez and her husband are now looking into the possibility of using filters. —Melody Mercado, Associate Editor

“I don’t see much coverage about international students on campus. For example in the past two years many things have happened regarding changes with our student visas and work authorization for before and after graduation,” said Quiñonez.

With a good number of international students attending DePaul, she hasn’t seen them being represented in the student media. Under the current administration there has been a lot of fluctuations that Quiñonez and some of her classmates have been affected by and it would be help to her and educational to our readers if 14 East did some additional reporting on this topic. —Melody Mercado, Associate Editor

So, from public health concerns to rights and concerns of students contributing to gentrification, we learned a lot about what you are interested in, what you care about and what you need. We’re going to keep this in mind as we work on this project and as we work on other stories.

Though we learned a lot from the six people we spoke with, we know that there are many people we weren’t able to speak with. So, if you’re interested in meeting with us and telling us what information you need or what you want to know, send our Community Engagement Editor Marissa Nelson an email at marissa.nelson24@gmail.com.

This investigation is made possible by funding through the Illinois Humanities, News Integrity Initiative and the MacArthur Foundation.

More from our water testing project:

Call for Participants: Is Your Water Affected by Unsafe Lead Levels?