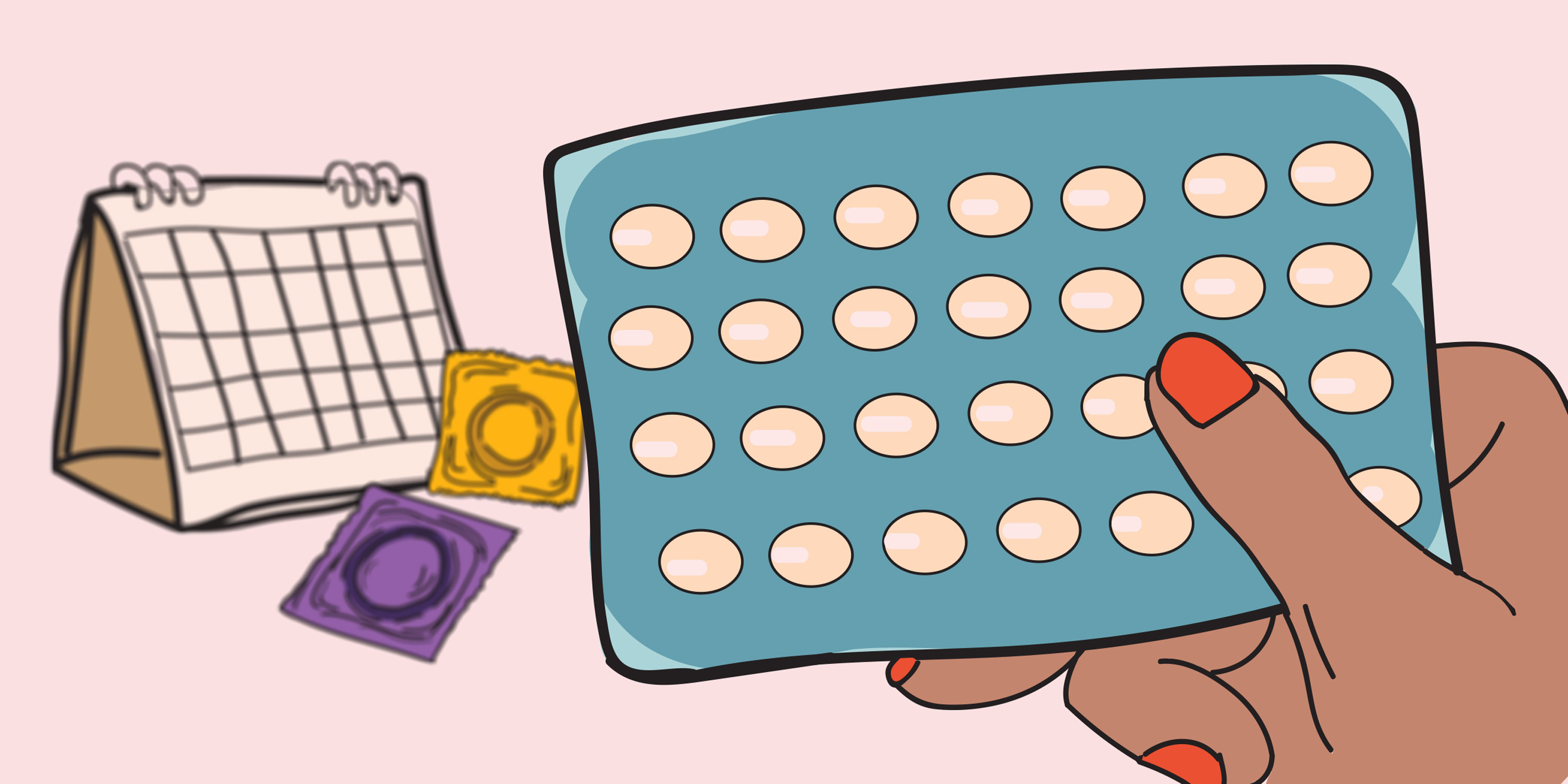 Every family has a different conversation about what safe sex is — some teach that the only way to have safe sex is through abstinence and sex is a ticket straight to hell. Others teach that sex is a great and beautiful experience that should only be done with someone special. Having multiple partners is not bad as long as it is safe. To practice safe sex, women can take contraceptives, methods of birth control taken to prevent pregnancies. The use of contraceptives is seen as a way to help reduce teen pregnancy, control the time span of births and the amount of children conceived in rural areas of Mexico.  The downside of contraceptives is that society, and especially rural areas in Mexico think that the use of contraceptives are wrong. At the same time contraceptives conflict with religious values and the social construct of machismo.

The traditional roles in conservative societies in rural areas of Mexico are that women and men have different jobs established by society. A women is told their job should be to just have babies, and be a caretaker until their kids are old enough to start a family of their own. The  man is considered the bread-winner of the family, and is strong, intelligent and superior. That is what society does to support the idea of machismo, and the imposed “rules” that are meant to be helpful actually just have the opposite effect.

This idea of conservatism also ties in with religion. According to the research done by Alfonso Miranda in his 2005 article “Are young cohorts of women delaying first birth in Mexico?,” Catholicism is the religion practiced by 90 percent of Mexicans and was the belief that was brought by the Spaniards during the conquest of the Aztec Empire in the 16th Century. In the Bible women have been seen as inferior to man, dating back to the creation of Adam and Eve, where woman is made from the ribs of man. It is evident in the chapter of Genesis where Eve ate the forbidden fruit, and again in 1 Timothy 2:14: “And it was not Adam who was deceived, but the woman who was deceived and fell into transgression.”

Both Catholicism and traditional values believe that women should start conceiving as soon as they get married, as only through marriage are women permitted to have sex. This creates societal pressure for women to start their families quickly. However, women can end up hurting themselves in the process.

In her 2008 article “Catholics and Contraceptives: Religion, Family Planning, and Interpretive Agency in Rural Mexico,” Jennifer S. Hirsch notes that “…religious communities may be shaped by members’ perceived need to reproduce themselves in a way that is distinct from the broader society in which they live in.” There is this high expectation for women to give birth. This pattern to start a family soon continues for generations, and although it is part of tradition this has started to take a toll on the population growth in Mexico.

It is typical for Mexicans to have huge families and it being normal to have lots of siblings. Through his research, Miranda saw that the use of contraceptives was put in place by the late ‘70’s in order to decrease the population growth. He found the population was growing at a fast rate of about 3.32 percent within the ‘70s, as compared to the average growth of 1.1 percent per year. Although contraceptives are seen as “unholy” in conservative and religious beliefs, the country was willing to progress by encouraging women to start to “family plan” and use contraceptives to have more control over their reproductive system.

According to Hirsch, the major difference between the older and the younger generations is that contraceptives were not known and common in the past. Older women today even have stated they would have liked to know about contraceptives because they themselves had to learn how to control how many children they conceived and birth spacing, a term used to describe the amount of time it took to conceive another baby.

However, as generations have come and gone, the younger and older generations contrast in birth spacing and the use of contraceptives. For instance, younger women tend to wait to have children and have fewer than older women, who preferred having children at a younger age with an  average amount of about five children.

“Younger women in contrast, interpret religious teachings in ways that allow them to be both Catholics and relatively good contraceptive-method,” according to Hirsch.

Both groups incorporate religion in different ways because younger women may or may not be devoted Catholics, but at the same time don’t let anything get in the way of their health. With the younger generations, religion is not having the same impact on contraceptives as it used to, which is liberating in a sense that they can use contraceptives without feeling “unholy.”

As slow as the process may be taking, Mexican traditional communities in rural areas are changing their perspectives in contraceptives. Today, younger generations are taking a stance and are not letting traditional or conservative values change their minds on bettering this aspect of contraceptives. Mexico is starting to raise awareness of contraception and how it can change lives in a positive way. Although there is this part of the country where the younger generations are starting to use contraceptives, there is still the other part of the country, the rural areas, where safe sex is still not being taught. A progressive movement that is happening is through the use of commercials to help decrease the number of teen pregnancies, as well as going into schools and teaching the importance of safe sex, through Al Jazeera Network, a media network that discusses world wide news and current affairs. They did a piece on the high teen pregnancy rates in Mexico. In the news segment, the anchor points how Mexico, specifically Chiapas, Mexico, tries to bring awareness of contraceptives so that more teens use protection and don’t become pregnant at such a young age. “Latin America has the second highest teen pregnancy rate in the world and Mexico is 83 per 1,000 woman,” they report.

In 2019, more and more people are becoming aware of the consequences of early teen pregnancies and are deciding to make a change. However, one topic that is mentioned in the news segment is how although teen pregnancy is frowned upon, the traditional folks do not want to use contraceptives because it is against the word of the Lord. They blame teen pregnancy on the women’s promiscuity though the real reason is because sex education is not taught, especially in the rural areas.

Contraceptives aren’t simply aimed at young teen but also adult women who do not want to start their families at a young age or women who want to stop conceiving after a certain number of children. According to the 2009 study “Contraceptive Use, Birth Spacing, and Autonomy: An Analysis of the Oportunidades Program in Rural Mexico” by postdoctoral fellow Becca Feldman, the percentage in women using contraceptives has increased from 38 percent  to 75 percent with the number of children being conceived decreasing from about five children in the mid ‘70’s to about two in 2005. With the implementation of contraceptives, women are able to overcome the inequalities and start to take control on their reproduction system. Feldman researches how to teach the rural areas of Mexico about contraceptives. That is done through the program Oportunidades, which in English means opportunities. One technique that is being used is cash incentives. Because a lot of rural areas are poor. The money helps the families economically while promoting personal health care.

One thing to notice is that within the research is that Feldman and her team realized that the use of modern contraceptives was lower among teens. “Modern contraceptive use was lower among 15-24 year old women than in the 25-29 and 30-39 age groups, but higher than in the 40-49 age group,” she reports. Once women are older they are more knowledgeable about the use of contraceptives, therefore reducing the number of births they have. However, teenagers don’t use it as often and therefore the percentage of teen pregnancy is high and they have a higher chance of entering early motherhood.

Mirando comments on the economic impact in his study, as well. “If present, this behaviour maintains a traditional pattern of early entry into motherhood and limits the opportunities of Mexican women to accumulate human capital and improve their standards of life,” he wrote.

This is one of the consequences of not being educated on what contraceptives are at a young age. These girls are taught that abstinence is key, yet if they do engage in sex they do not have the knowledge or resources to seek out contraceptives. This hurts these girls in getting a chance to have a career and be educated, which can also hurts the country because it limits the economic growth, according to Miranda. As the country talks more about sex education in rural areas, the number of teen pregnancy decreases and girls can be able to have a chance at a career.

According to Matthew Gutmann in his book Fixing men: sex, birth control and AIDS in Mexico, another way to decrease the number of children conceived is by men getting vasectomies, or sterilizing themselves. However, the reasons behind it is often not to control population growth.

Out of respect to their wives, men get a vasectomy to prevent having children outside of marriage. Also, men have a vasectomy to see their women’s infidelity. Some men decide to keep their vasectomy a secret, and if there wife ends up being pregnant then they know the kid is not theirs. When  decide to sterilize themselves, the reasons behind it are jaded. If anything, it is done because men in the machismo culture tend to be proud and do anything to not lower their status of honor.

The use of contraceptives in rural areas throughout Mexico is seen as morally wrong because they are perceived as what prevents women from creating a family, which under traditional machismo culture is the main role of women. Not until recently are women starting to use contraceptives to practice safe sex and have control over their reproductive system, whether it be when to start a family or how many children to have. Religion and traditions have affected the way women reproduce, and thanks to the government’s implementation of programs such as Oportunidades the change is happening and the views of contraceptives are becoming more positive.