Braids Are Woven Into My Ident.. 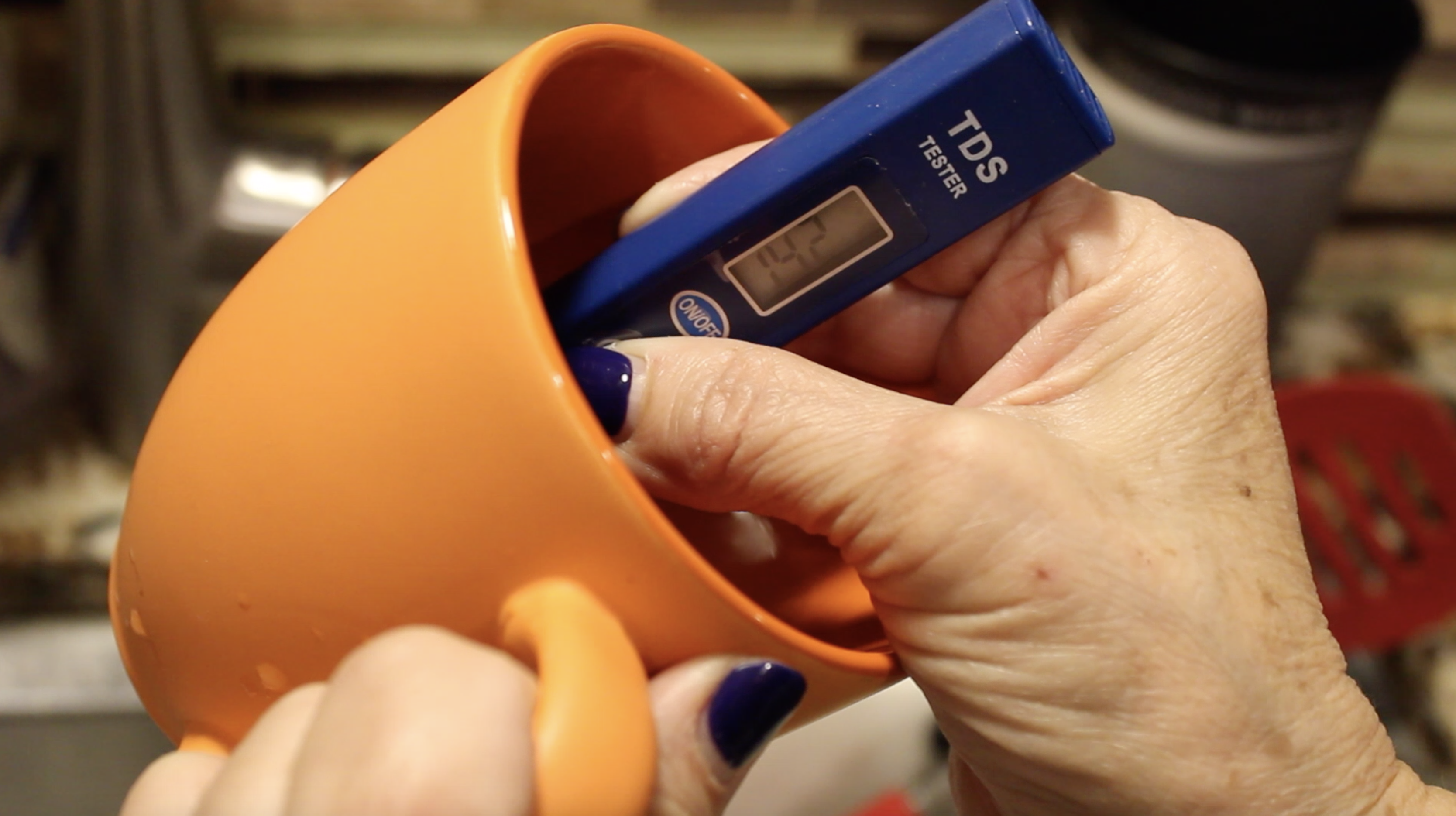 Chicago is next to the largest freshwater resource in the world — Lake Michigan. Unfortunately, with an estimated 370,000 lead service lines stretching across Chicago many taps are serving contaminated water.

These ramifications reach numerous homes and families from different streets, neighborhoods and wards. The effect of lead on residents varies based on the severity of contamination, the length of exposure and how much money you are willing to spend to fix the problem. 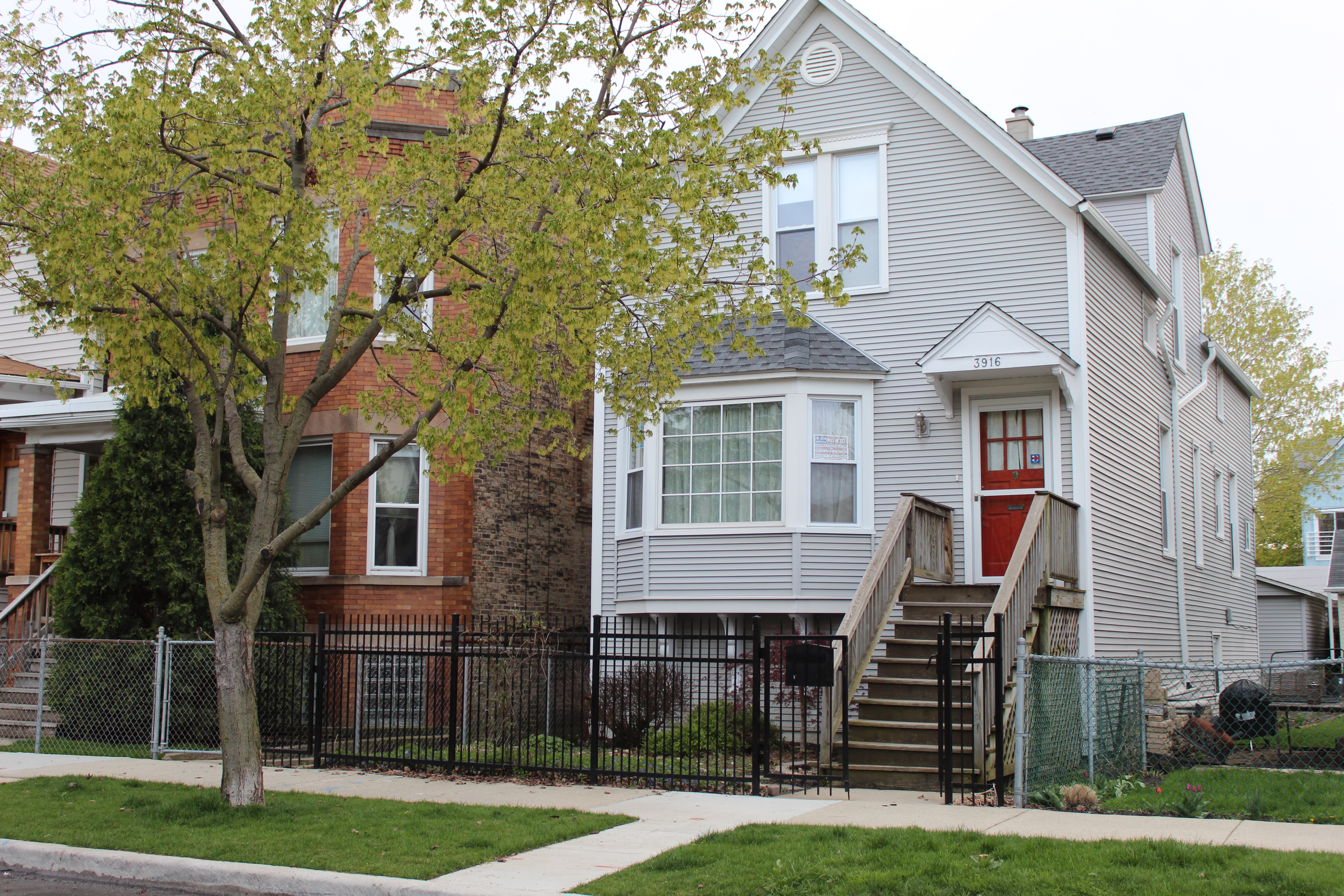 Paul Jones and his wife Vicky have lived in their home on Whipple Street for 23 years. Built not long after World War II, the home sits among other duplexes and single-family homes not far from the bustle of Irving Park Road.

According to public records, and unknowingly to the Joneses, a home on their block tested positive for lead at 177 parts per billion (ppb) in 2017  — more than 10 times the federal limit of 15 ppb.

The age of their home made the Joneses cautious of lead paint, but they never expected the possibility of lead in their water.

“For some reason it just didn’t occur to me, but we have always drunk filtered water. We had a Brita from day one, but I didn’t ever think of lead in the water,” Paul said.

The Joneses never thought of testing their water until Paul read something in the paper that caught his eye.

“It said something about the fact that people who had gotten meters put in recently showed high lead content,” Paul said.

Vicky says that within the last five years they installed a water meter in their home after pressure from the city to sign up for the MeterSave program. This initiative was designed to conserve water by charging residents only for what they used instead of the standard flat fee — but homeowners were discovering there was a catch.

According to an EPA spokesperson, lead on the surface of the pipe reacts with other constituents in the water, creating lead-based compounds on the pipe surface that contain a high percentage of lead. When the pipe is physically disturbed, scale and lead-based sediment can dislodge off the lead pipe into the water. Basically, meter installation in the home greatly disturbs the existing pipes, which can lead to higher concentrations of lead left in the water. 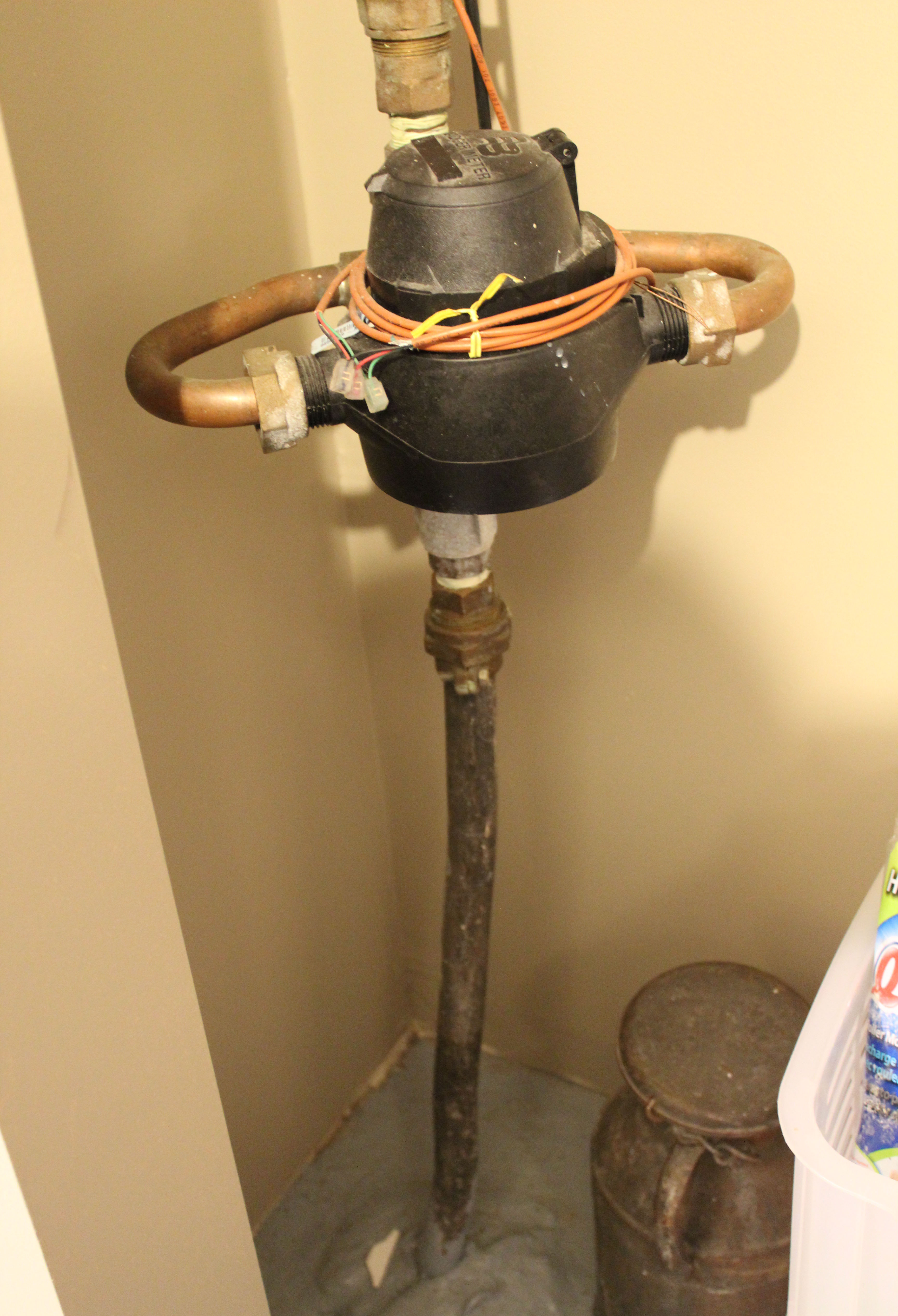 This meter is located in the Jones’s home, in the basement. The meter is connected to the home by lead piping, which is disturbed during installation creating a greater chance of lead in the water. Photo: Melody Mercado, 14 East.

After reading similar stories, Paul decided to order a test and would have ordered one sooner if they weren’t already drinking filtered water. Their test was picked up mid-April, and they are currently still waiting for their results.

In the meantime the Joneses are left wondering how the city is going fix the issue.

“I don’t know what it will cost. I can’t imagine how much it’ll cost. So not that they shouldn’t do it, but I just don’t know…” Paul said. “The process would be unbelievable. It would take, I’m sure, decades, you know, cost millions, hundreds of millions of dollars.”

Galewood is a small community in between Austin and Elmwood Park located in the 29th Ward. Here a tight knit network of neighbors are constantly keeping each other informed, so much so that Martha Vera-Zamudio found out through the grapevine about the potential of lead in her home.

“We got wind of the letters that were being sent from the Department of Water through Nextdoor,” Vera-Zamudio said.

Nextdoor is a community news app for residents of certain locations, users are only allowed to join neighborhood groups by verifying their home address. Here neighbors post anything from selling goods to crime.

Neighbors started posting letters from the Department of Water, wondering if anyone else received something similar. These letters warned about the possibility of lead in their water from meter installation.

Eventually Vera-Zamudio received her notice from the city, but she wasn’t surprised since her neighbors had already been discussing the possibility of receiving one for weeks. “They’re really alerting us, the western residents that they’ve noticed a higher level of lead, especially in areas where there’s been water main construction or installation of meters. Well, that’s me. So that right there alerted me to follow their suggestion, which was to test the water,” Vera-Zamudio said.

In the meantime, the city offered her a ZeroWater Brita filter made possible by a recent initiative passed in November 2018. The ZeroWater filter came equipped with a gallon holding container, 7 replacement filters and a quality testing meter. 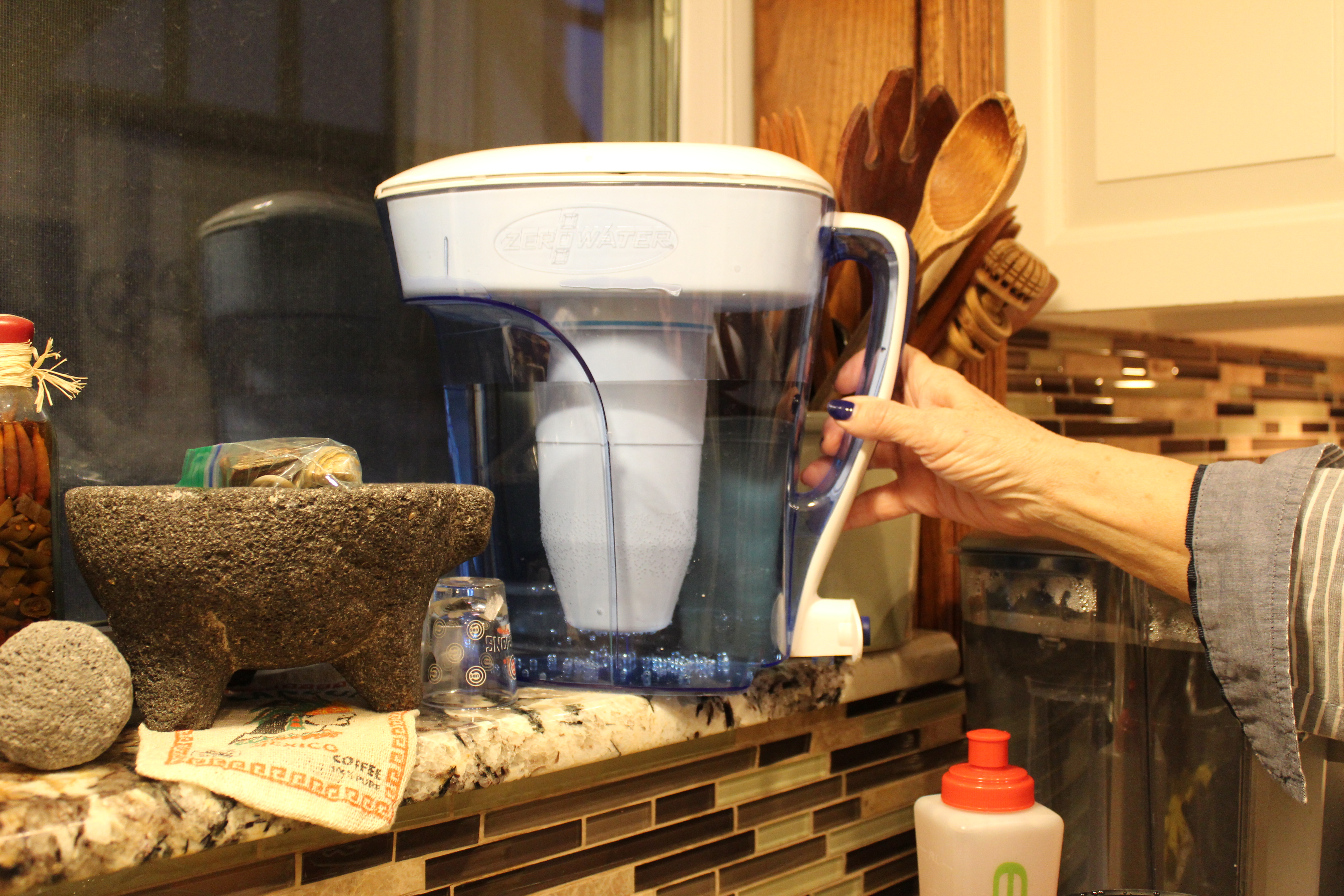 Marta Vera-Zamudio uses this city-issued Brita to clean out the sediments in her water before drinking it. Photo: Melody Mercado, 14 East.

Vera-Zamudio spends a good portion of her day making sure the gallon is always filled.

“It’s tedious going through this on a daily basis with the Brita, filling it up, filling everything,” Vera-Zamudio said. “Does it make a difference if you boil it? No. If we want to make tea, you have to boil water. Again, I got to go through the Brita. It’s really ridiculous.”

So ridiculous that she’s considering investing a couple thousand dollars to get a filter installed in her sink, but for now she’s sticking with the Brita until she knows for sure.

Vera-Zamudio uses a city-issued water water sensor to show the amount of sediment in her tap water. Measurement is in parts per million. Photo: Melody Mercado, 14 East.

On May 3, 2019, Vera-Zamudio received her results. They showed elevated levels, but not exceeding 5 ppb. She remains skeptical, and rightfully so as the EPA recognizes a major flaw in the sequential testing process.

An EPA spokesperson confirmed that a one-liter sample collects the water within the faucet and approximately 10 to 20 feet of pipe, depending on the diameter of the pipe(s). In most homes, the lead service line ends right inside the front wall of the home. If the length of plumbing from the tap being sampled is greater than 20 feet, the one-liter sample can contain little to no water that was sitting within the lead service line, which is where the highest lead levels are usually found.

Lincoln Park resident Ian Jacobs tested his water in 2016 and wasn’t too surprised to find that his home’s lead levels were above 15 parts per billion.

“I think that I had heard about lots of cities with lead piping challenges. So, the fact that Chicago and some of these neighborhoods had issues, did not surprise me,” said Jacobs.

Jacobs thought his situation would be manageable, since his home sits just above the EPA action level. He says the city became active in providing them with resources and recommendations, which are required by law, to lower the lead in their water.

“They said overall it’s recommended to change older faucets, hire an electrician to confirm the proper connection of your electrical system, and hire a plumber to reconfigure sections of your plumbing meter to decrease turbulent flow,” said Jacobs.

Along with the list of recommendations, the city also offered the Jacobs family a filtration water jug, which was also offered to Vera-Zamudio. Jacobs declined the filters because his family had already been drinking filtered water, but he has completed all of the recommended fixes to his home.

In December 2018, the city once again collected water samples at Jacobs’s home and he is currently waiting for the new results. So far Jacobs has been happy with the outcome saying the city has handled their case well and has been extremely proactive in following up with him.

“Other than the fact there is a problem here underlying all this, I think their process has been pretty good,” said Jacobs. “It takes a little longer than I would expect to do the analysis, but also don’t know what their volume is.”

As of publication, Jacobs is still waiting for his follow up results from the city.