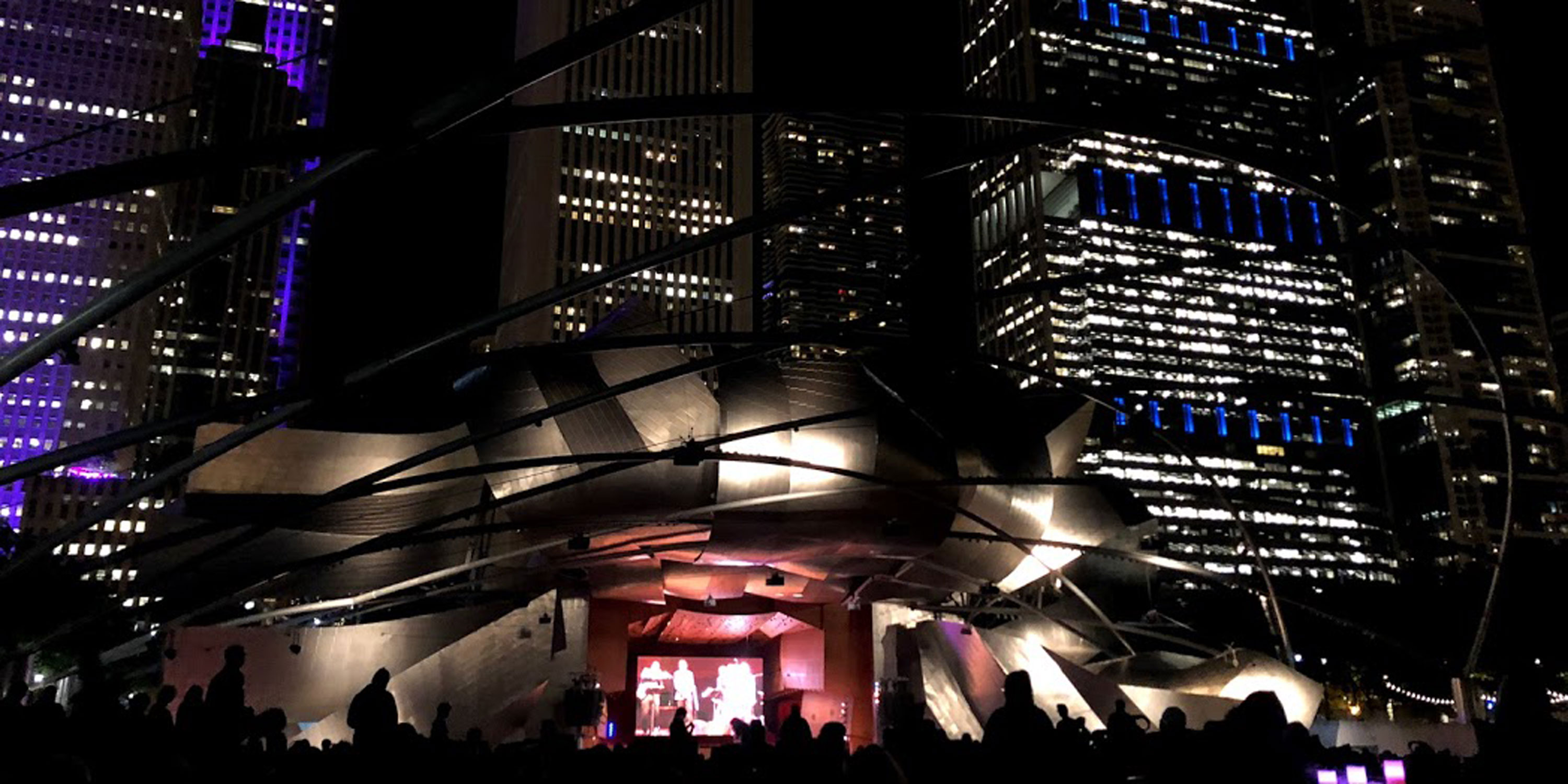 Chicago’s weather the past year has been something for the books. From the near record-breaking low temps of January to the wettest May in history, the citizens of Chicago deserve a break and some fun.

But regardless of its heinous winters and stress-inducing political scene, Chicago is known throughout travel blogs for one thing: summer. Both Chicago natives and transplants alike have something to say about it.

“Going through the years in Chicago, the summer never fails to feel like graduation,” said Monik Flores, a 19-year-old Avondale native.  “You get a reward after going through a rough thing and because it’s so rewarding, you forget about how hard it was to get there.”

This feeling is shared by Miami native Maria Guerrero, 19, who, despite finding the new climate difficult to acclimate to, she has now learned to cope with it.

“Chicago’s winter was very tough for me to endure, I didn’t expect it to affect my mental and emotional health, but it did,” said Guerrero. “Now, I’ve been taking care of my mental health by taking strolls down Lake Shore to see the sunset or visiting Millennium Park and seeing the plants blossom. Doing these free simple activities make me appreciate Chicago’s warm weather more and the things the city has to offer.”

During the short months when summer shows its face in Chicago, it is only advisable to take advantage of it. To help you out, we’ve compiled a list of 17 of this summer’s free activities sorted into three categories: Go Lakefront, Paths and Parks and Entertainment and Engagement. 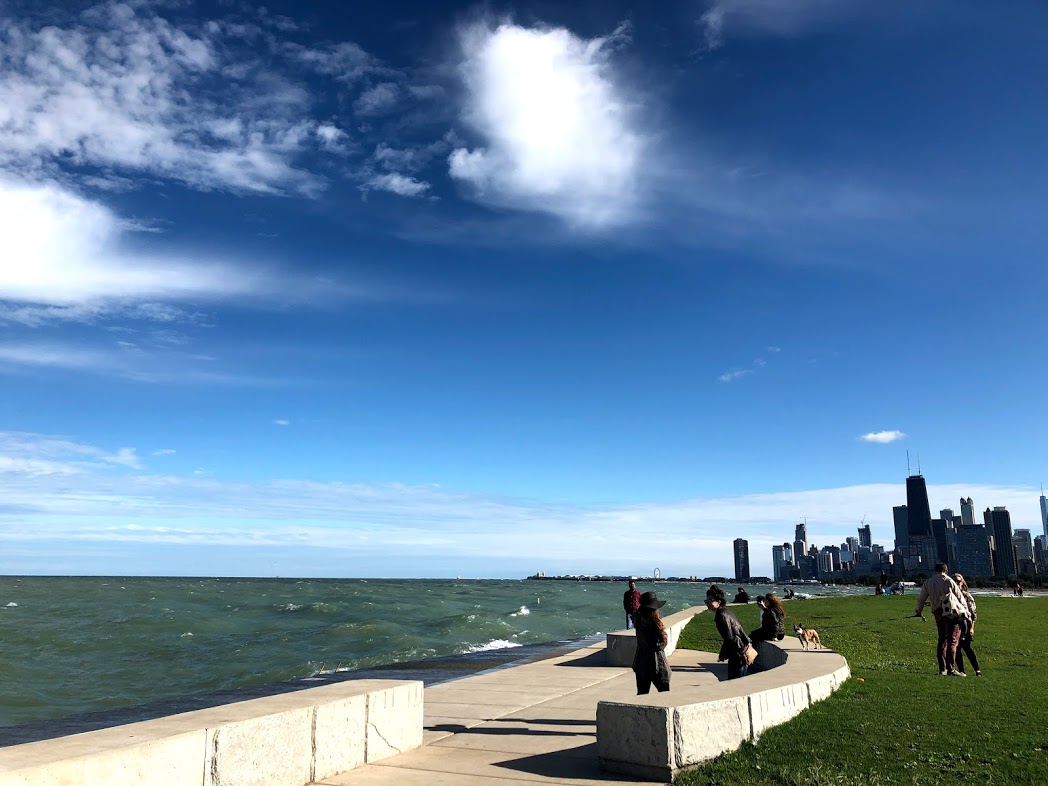 The winter temps may drop below zero but Chicago knows how to heat up during its summers. In order to keep your cool, why not go Lakefront?

Located in the Lincoln Park neighborhood, North Avenue Beach is known for a host of activities from its volleyball courts to bike rentals. North Ave creates a sprawling representation of the perfect urban beach.

Placed right below Chicago’s iconic Navy Pier, Oak Street Beach is the perfect spot to chill after a long day trekking throughout the Loop. Whether it’s just to sit and feel the breeze or grab a drink with a friend, Oak Street is a gem worth visiting.

If a natural experience is what you’re looking for, South Shore is the beach for you. As a part of the South Shore Cultural Center, it contains its own nature sanctuary, sand dunes, wetlands, and prairie, and is home to 65 acres of land.

Another spacious spot, 12th Street Beach is home to 91 acres of prairie land near the Adler Planetarium. It’s a beautiful spot that shares its space with migratory and resident birds of all kinds.

Just in case you were wondering, dogs like summer too. Thanks to Montrose Beach in Uptown, you and your pup can cool off together. Along with the dog-friendly environment, Montrose is host to the north side Fourth of July fireworks. 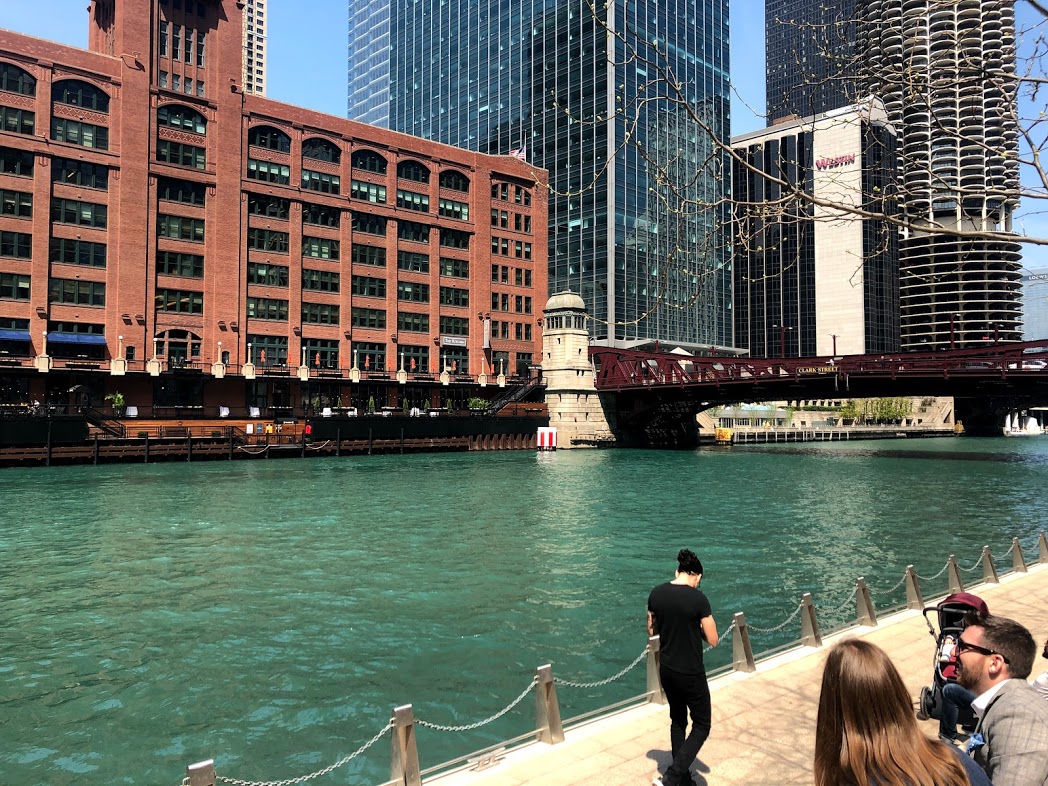 Chicago may be the third largest city in America, but it still maintains an array of green spaces. When the city becomes too much this summer, be sure to pay some of these waterfront trails and parks a visit.

What once was a railroad track is now nearly three miles worth of recreational fun. The 606 begins at Walsh Park and stretches west through Chicago. Whether it’s for a leisurely stroll or a training run, a picnic or even a wedding reception, the 606 is worth your time.

Possibly one of the most versatile of the Chicago paths, the Lakefront Trail stretches 18 miles north to south along Lake Michigan and encompasses neighborhoods from Edgewater to Hyde Park.

The iconic Chicago Riverwalk, which stretches from Lake Shore Drive all the way to Lake Street, is great for sipping, sitting, or chilling. Or if you have a few bucks to spare, be sure to check one of the many restaurants along the walkway.

Home to “The Bean” and the Pritzker Pavilion,  Millennium Park offers a plethora of activities all summer long (see “Entertainment and Engagement” section). From music festivals and art fairs to fountains with faces, Millennium Park is sure to be bustling no matter the time of day. However, if you’re looking to avoid some of the tourists, the morning and evening may be better times for you.

Residing in the Hyde Park and Woodlawn neighborhoods, Jackson Park boasts more than just green spaces. It contains the Garden of the Phoenix, which features authentic Japanese architecture, the Wooded Island, and the Museum of Science and Industry. 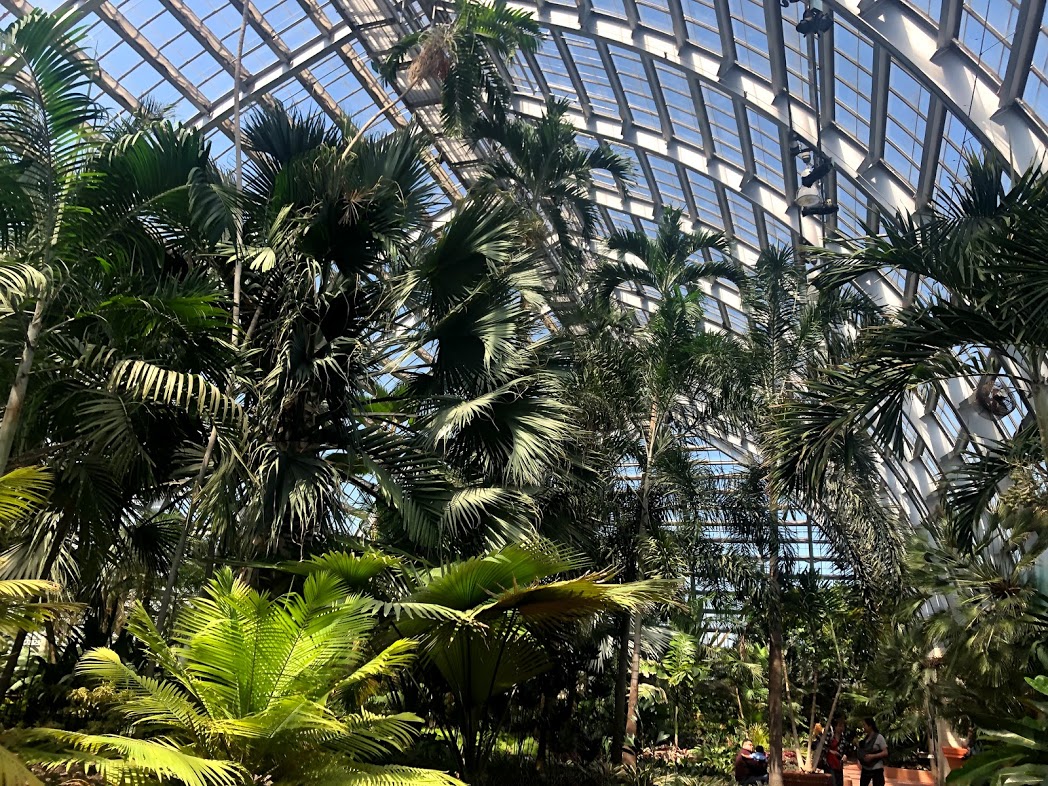 Although it may not have much of a path or doesn’t necessarily qualify as a park, the Garfield Park Conservatory puts on a unique show for its visitors. Whether it’s the 30-foot agave plant which has grown through the ceiling or the children’s garden, this conservatory should have a place on everyone’s “must-do” summer lists. Not to mention, this gem of Chicago’s west side features both indoor and outdoor flora from around the world. 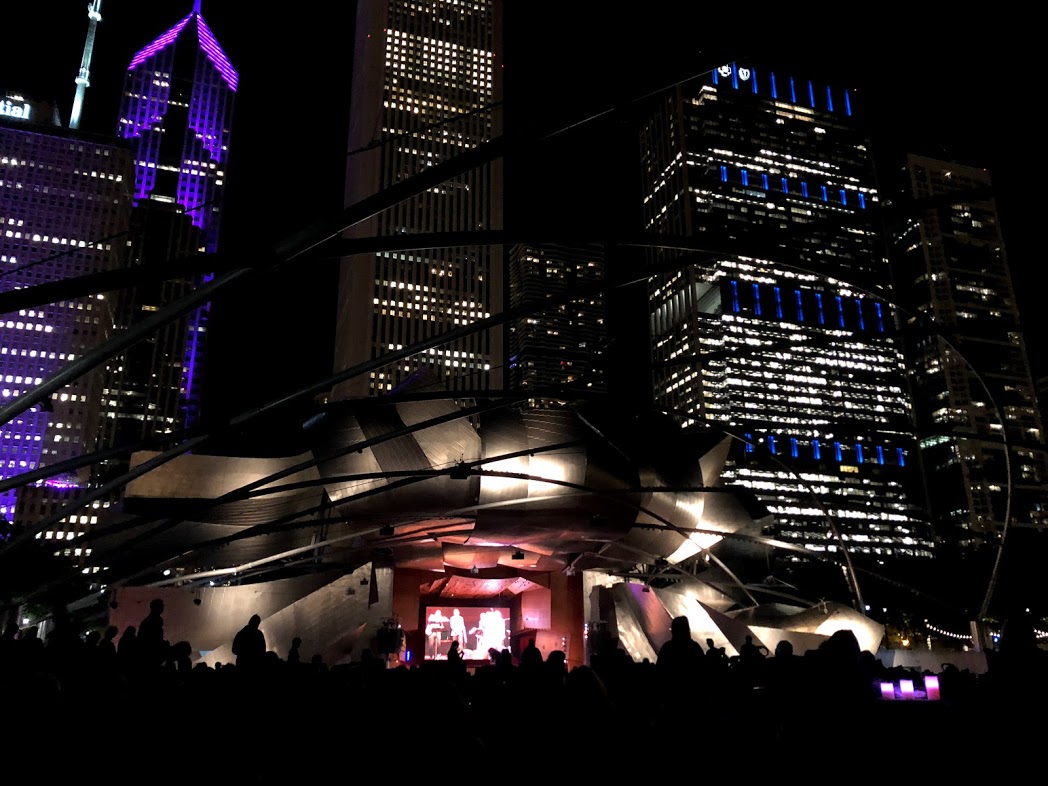 Through its combination of the arts and community, Chicago is home to a host of opportunities in which you and your neighbors can immerse yourselves in Chicago’s art scene. This summer, be sure to take part in one of the many ways in which you can get in touch with your artistic side but also your neighborly one.

Beginning August 23 and continuing until September 1, Chicago is home to a vibrant jazz festival. Although the performances are spread throughout Chicago, the main stage is located in the Jay Pritzker Pavilion in Millennium Park.

Tuesdays on the Terrace

Considering Chicago’s vibrant music scene, it’s only natural that jazz takes an integral role in its summer scene. Starting June 4 and going through September 24, every Tuesday, the terrace at the Museum of Contemporary Art will host jazz performances free for Illinois residents.

In light of the 50th anniversary of Stonewall, this year’s Pride Parade is promised to be a big one. Starting at the intersection of Montrose and Broadway and continuing through Boystown, the parade, which is set to take place June 30, celebrates the joy of identity and acceptance.

Film buff or not, it’s hard to resist the offer of a free movie on a Tuesday night. Well, thanks to 14 different Chicago theatre companies, you and your friends can enjoy a movie every Tuesday from June 4 to August 20 at the Jay Pritzker Pavilion during the Summer Film Series.

To finish off this fine list of fun things, we bring to you the Chicago SummerDance. From June 27 to August 24, be sure to take advantage of these free dance lessons at Grant Park and Theater on the Lake. You can choose from different cultural dances ranging from contra and swing to salsa and Indian folk.

Whether it’s by running, biking, dancing, or swimming, make sure you take advantage of the free things this summer has to offer. Chicago’s winters may be brutal but if anything, they make the summer months all the sweeter, but the free things help too.