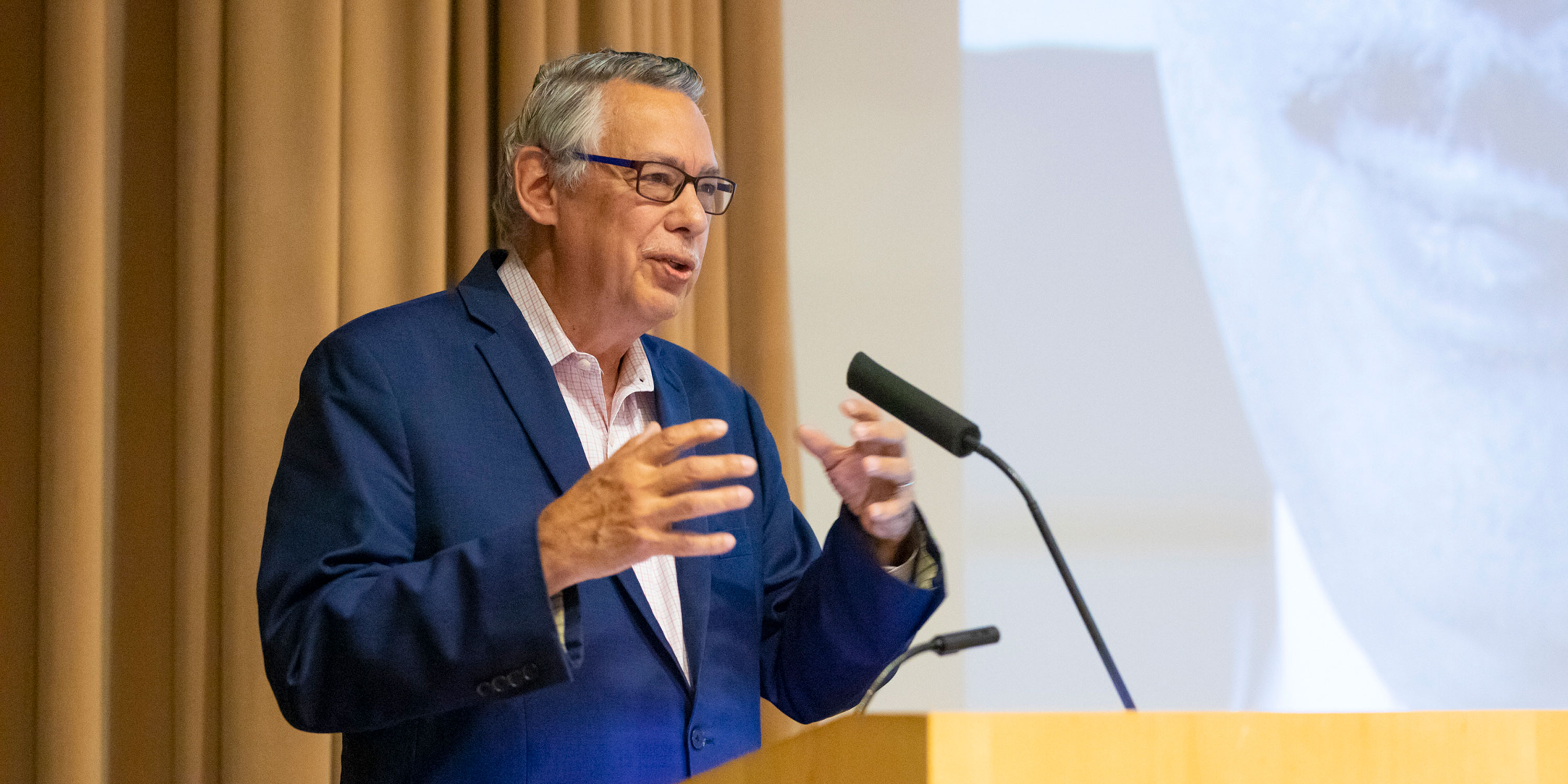 On October 11, DePaul’s Office of Institutional Diversity and Equity held the 2019 Dolores Huerta prayer breakfast at the Lincoln Park Student Center. The annual event is held to celebrate the life’s work of Chicana and Civil Rights activist Dolores Huerta with prayer, breakfast and a guest speaker. This year, the former president of the National Association of Hispanic Journalists (NAHJ) and Young Lords organizer Juan Gonzalez was the keynote speaker.

Camila Barrientos, senator for intercultural awareness for the Student Government Association, kicked off the event by giving a speech on the importance of representation and what it means to have people in positions of power that look like you.

“As both an Argentinian and a Ukrainian and a person who lives in the United States, my family and I grew up with a pretty good understanding of multiculturalism,” she said. “Yet I grew up in the suburbs, where going to school for 17 years of my life I never saw people that looked like me in a position of power, or in a place where decisions were being made or making change.”

But all of that changed when she came to DePaul, says Barrientos. “I see women like Carolina Sternberg [associate professor of Latin American/Latino Studies and Critical Ethnic Studies] and I cannot help but feel that this community really wants to empower people who are underrepresented.”

Barrientos also announced that free female hygiene products would be available in both Lincoln Park and Loop campuses in all women’s and gender-neutral restrooms.

Following Barrientos’ speech was a prayer led by Joshua Smyser-DeLeon, the assistant director of the Office of Alumni Relations. He started the prayer with a 30-second moment of silence dedicated to victims of racial injustice, especially those affected at the southern border, the Caribbean, Central and South America. 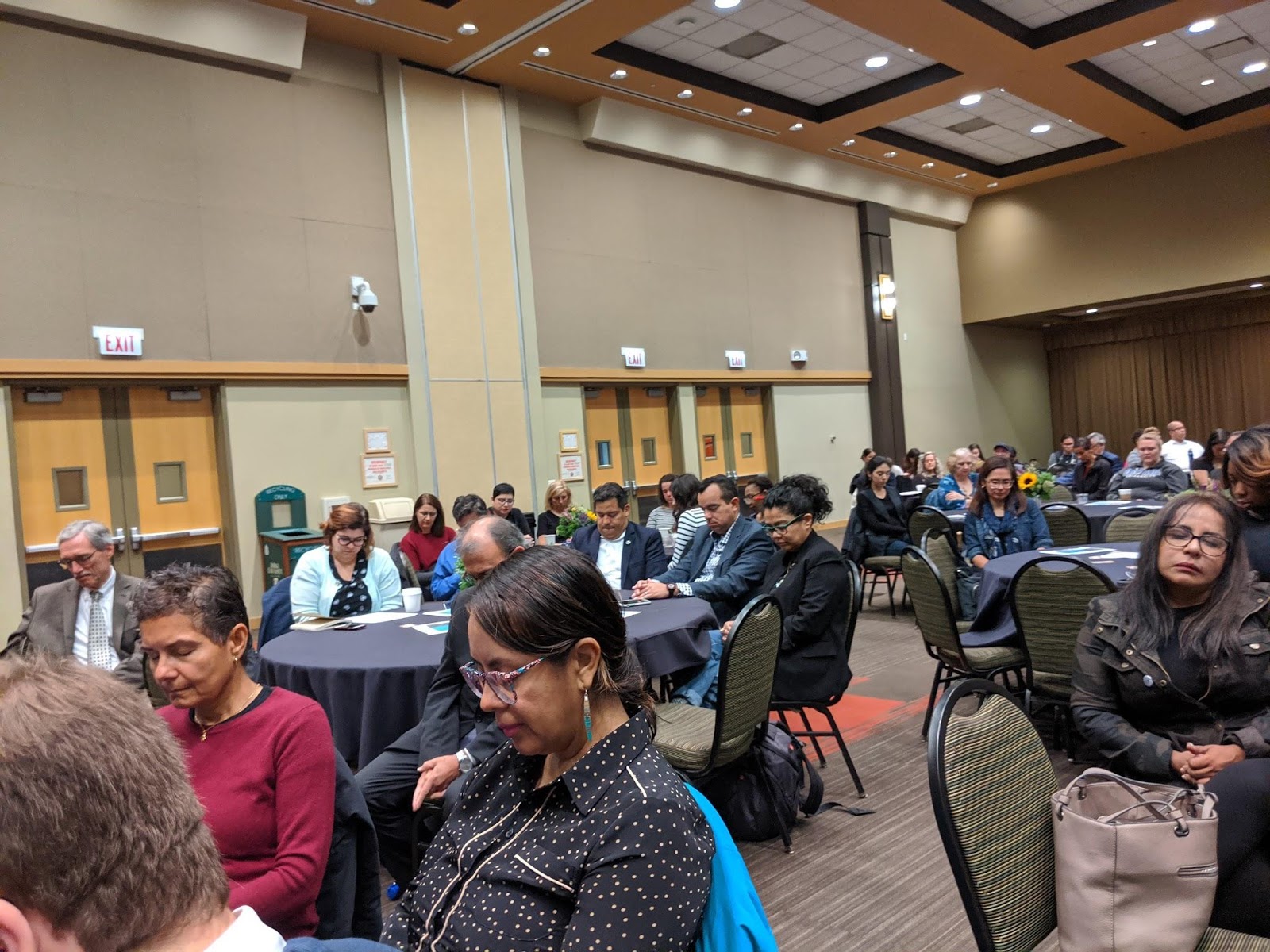 After the moment of silence, Smyser-DeLeon gave a prayer in which he called for hope and acceptance and the detriment of evil.

“Let us continue to come together in voice to say that we are united against injustice, hatred and all things that see vulnerable people taken advantage of for the selfish motives of those with authority.”

Next up, keynote speaker Juan Gonzalez started his speech by paying tribute to Dolores Huerta and talking about their relationship as Civil Rights activists. He spoke, specifically, about the Young Lords participation in the Delano Grape Strike, which happened in Delano, California, as a result of abuse and poor working conditions for Mexican and Filipino grape farmers. Gonzalez said the Young Lords were the first organization in New York to help with the efforts of getting grapes off the shelves from 1965 to 1970. He and Huerta have had rapport since then and have participated in panels on Civil Rights and activism.

Gonzalez also talked about the depiction of Latinx people in the media. Working as an activist and a journalist from the Civil Rights era to today, Gonzalez said he did not understand why the media “kept depicting racial and ethnic minorities in such a one-sided negative manner.”

He also discussed the challenges Latinx people face today given the current presidential administration. “We face today an unprecedented demagogic assault on the country’s immigrant and Latino population. That assault comes directly from the White House,” said Gonzalez.  “The words of a president matter. They inspire reactions from the most fervent opponents and supporters, sometimes with tragic consequences, as we saw this past summer in a horrendous mass shooting of Latinos in El Paso by a crazed white supremecist.”

Gonzalez then went on to discuss how the history of Latinx people in the U.S has not been taught well in classrooms. After the event, however, 14 East was able to speak with him on the growth of Latinx studies classes at colleges and universities and the importance of spreading the word about them. 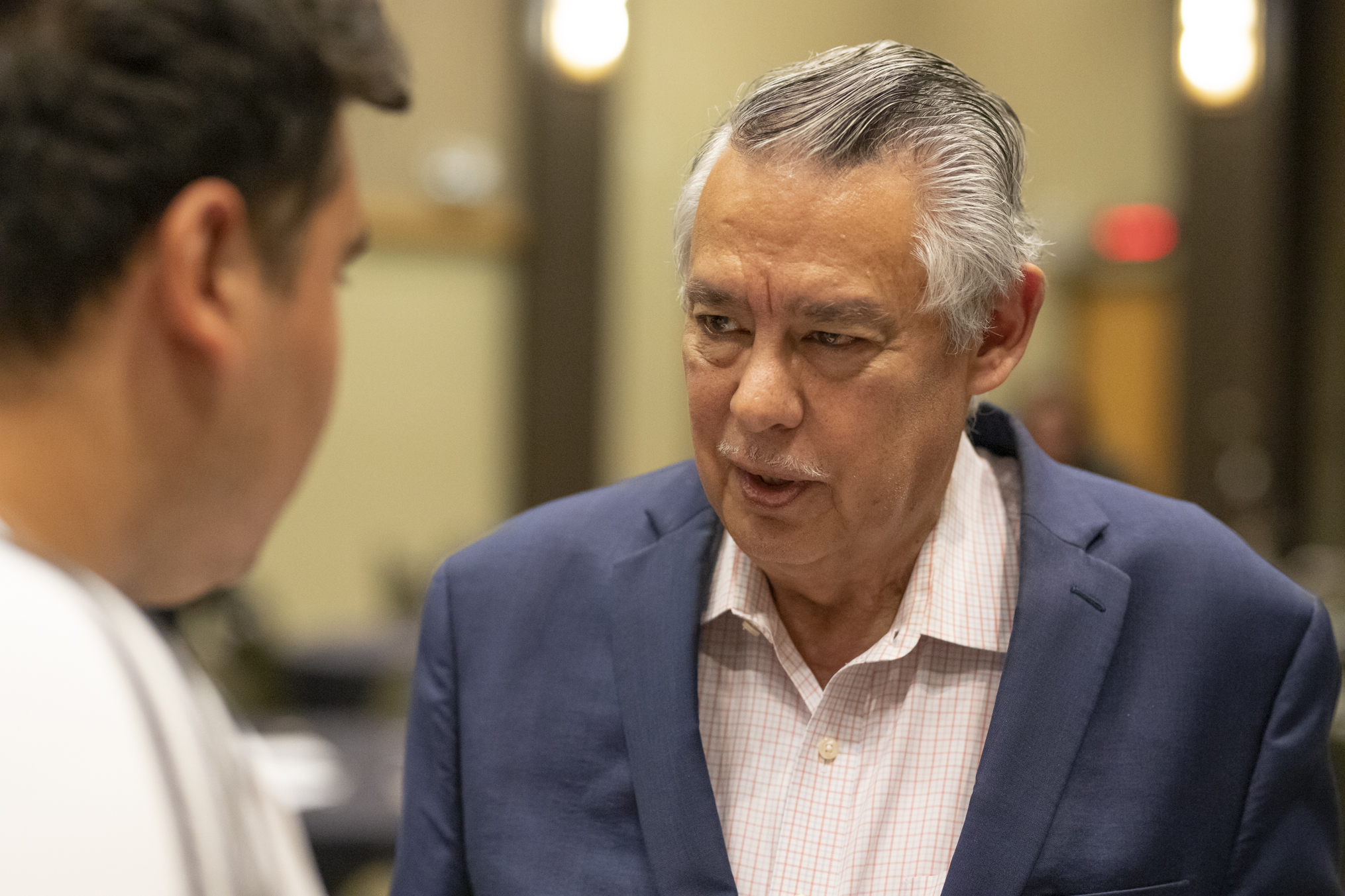 “When I was going to school there was no courses [on Latinx Studies],” said Gonzalez.

Now that they are available, Gonzalez said colleges and universities need to promote them or make them a core class, like at Rutgers University, where he is a professor.

“The more you understand the history of how people got to where they are, the less likely you are to be prejudiced or biased,” he said. “That doesn’t mean all your prejudices or biases are gone, but at least you get a more well rounded understanding.”

Gonzalez also discussed why it is necessary for Dolores Huerta to be honored for her work the same way Cesar Chavez, a Latino Civil Rights activist, is for his work on helping farmers unionize. “Cesar Chavez was like the Martin Luther King of the Latino community and every step of the way that Cesar was there, Dolores was next to him in organizing the poorest workers,” he said.

Aside from celebrating Huerta’s accomplishments and contributions to the Latinx community, Smyser-DeLeon said the breakfast also serves as a moment for Latinx people to gather to connect.

“When we have moments like these where we can gather as Latinx people, we are in spaces of education where we can educate each other, where we can reconnect with one another,” he said. “Where we can get updates of what other people are doing in their respective fields –– that’s where the real creativity starts to happen.” 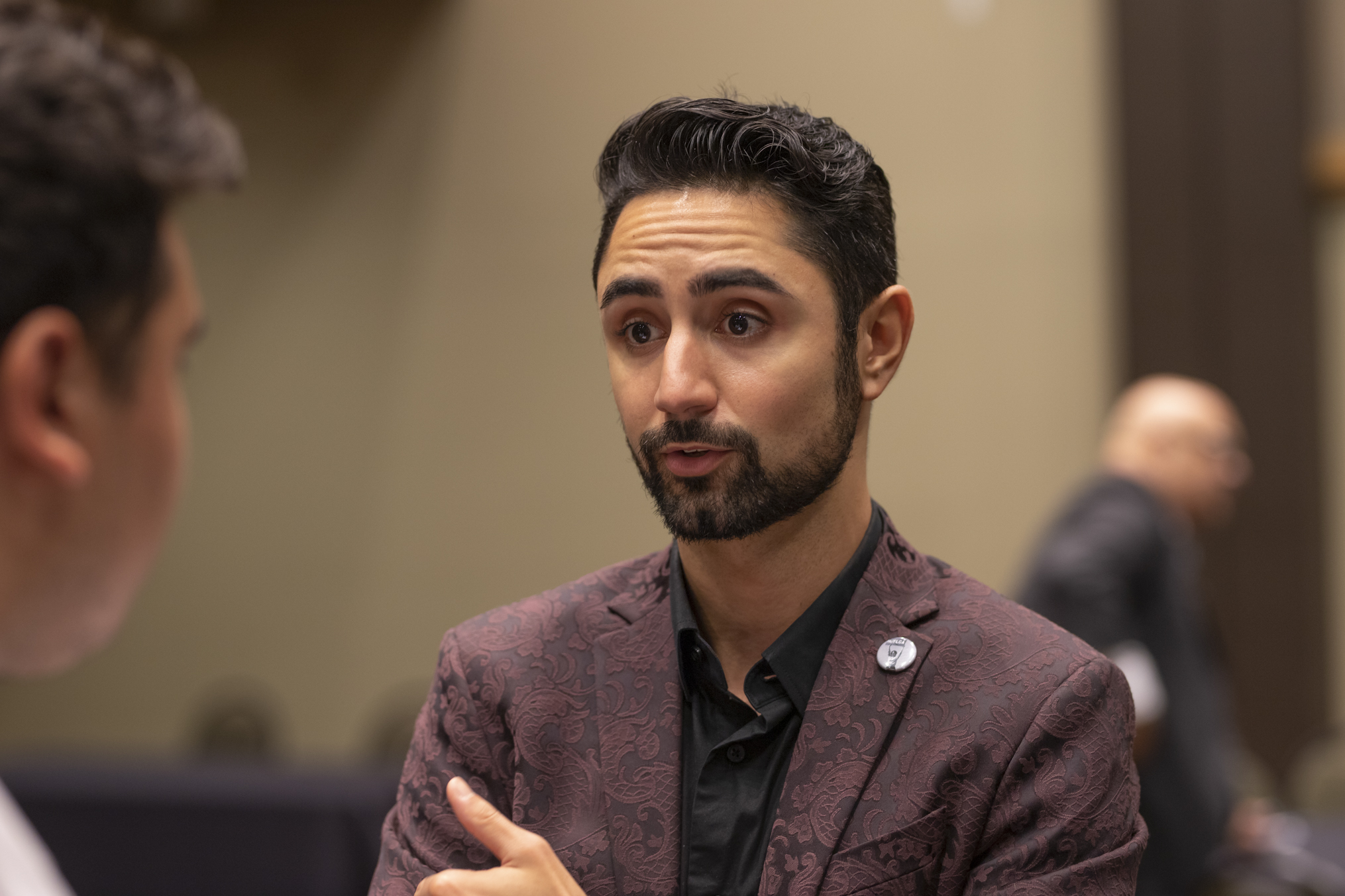