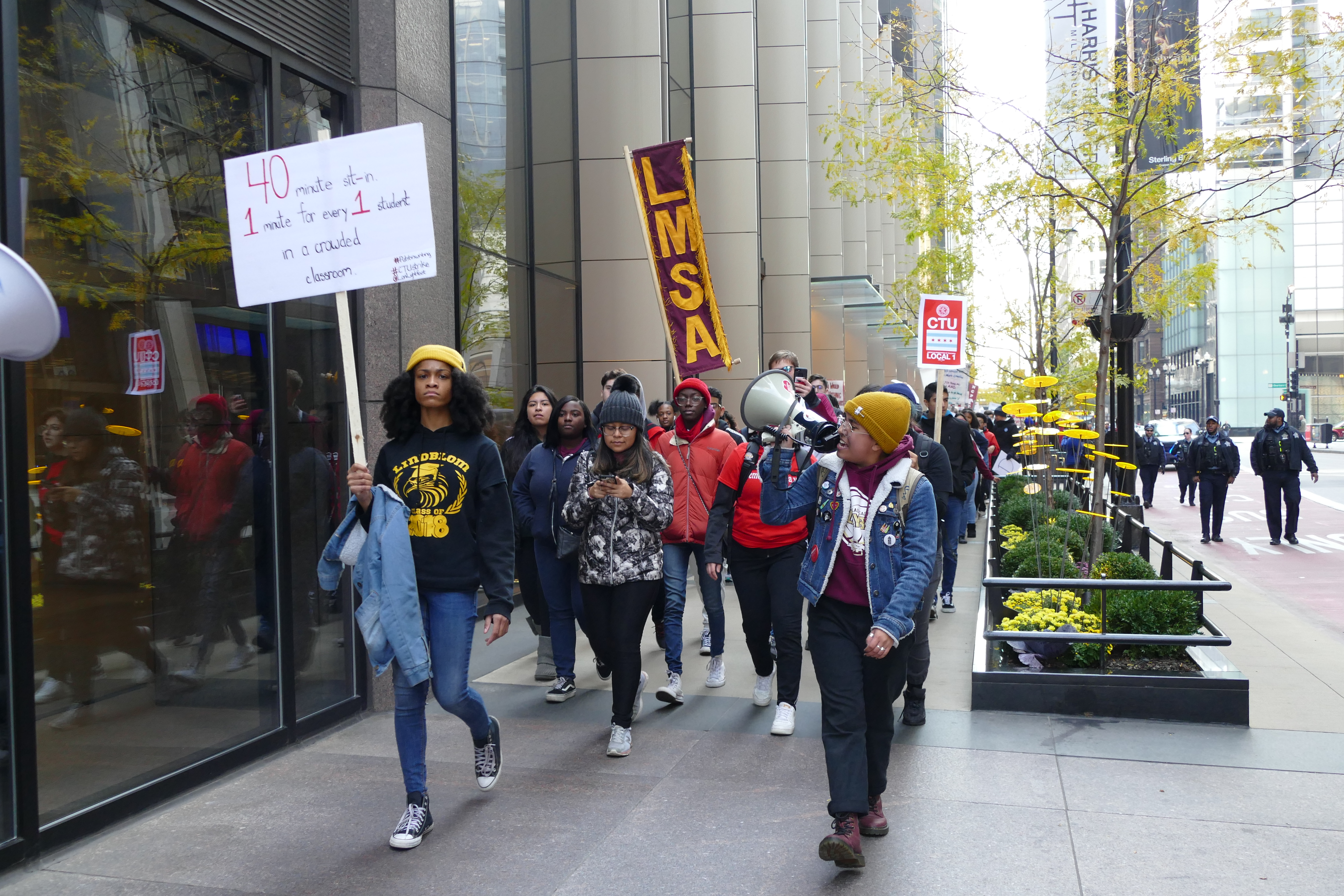 Marissa Nelson reported from the student march and sit-in at City Hall on Monday morning. She live tweeted her coverage.  Above is an audioscape of sounds from Monday morning.

While Chicago Teachers Union (CTU) members stood outside of Jones College Prep on strike, over 70 students gathered across the street in a space provided by the Chicago Freedom School. At the makeshift protest headquarters, the room — which was lined with bright yellow walls — felt hopeful.

The smell of fresh waffles lingered throughout the space and “All We Got” by Chance the Rapper played on the speaker (the artist expressed his support for CTU during his monologue on Saturday Night Live). Chicago Public Schools (CPS) students from across the city talked with one another, awaiting direction from their peers on what to do next.

At 9:30 a.m. a handful of student march leaders — most from Lindblom Math and Science Academy in West Englewood — spoke to the students in attendance. They thanked students for coming, introduced protest plans and practiced two chants, passing out a sheet of additional chants for their march.

“We planned this to show solidarity with the teachers and CTU because we want our voices to be heard and we thought it was important to get a youth perspective,” said Essence Gatheright, a sophomore at Lindblom and one of the march organizers. “We want to show that it matters to us just as much as it does to the teachers.”

Minutes later, CPS students exited the building, beginning their march to City Hall in support of CTU. Jones College Prep educators on strike cheered for the students, and some stood on either side of the sidewalk, creating a tunnel for the young protesters to walk through.

By the time the students had traveled a mile north to City Hall, their numbers had grown substantially — reaching at least 200 people. The students held a silent sit-in at City Hall, wrapping around at least half of the exterior of the building. They later entered City Hall, chanting as they gathered in a large group at the center of the first floor.

This protest comes on the eighth day of canceled CPS classes. 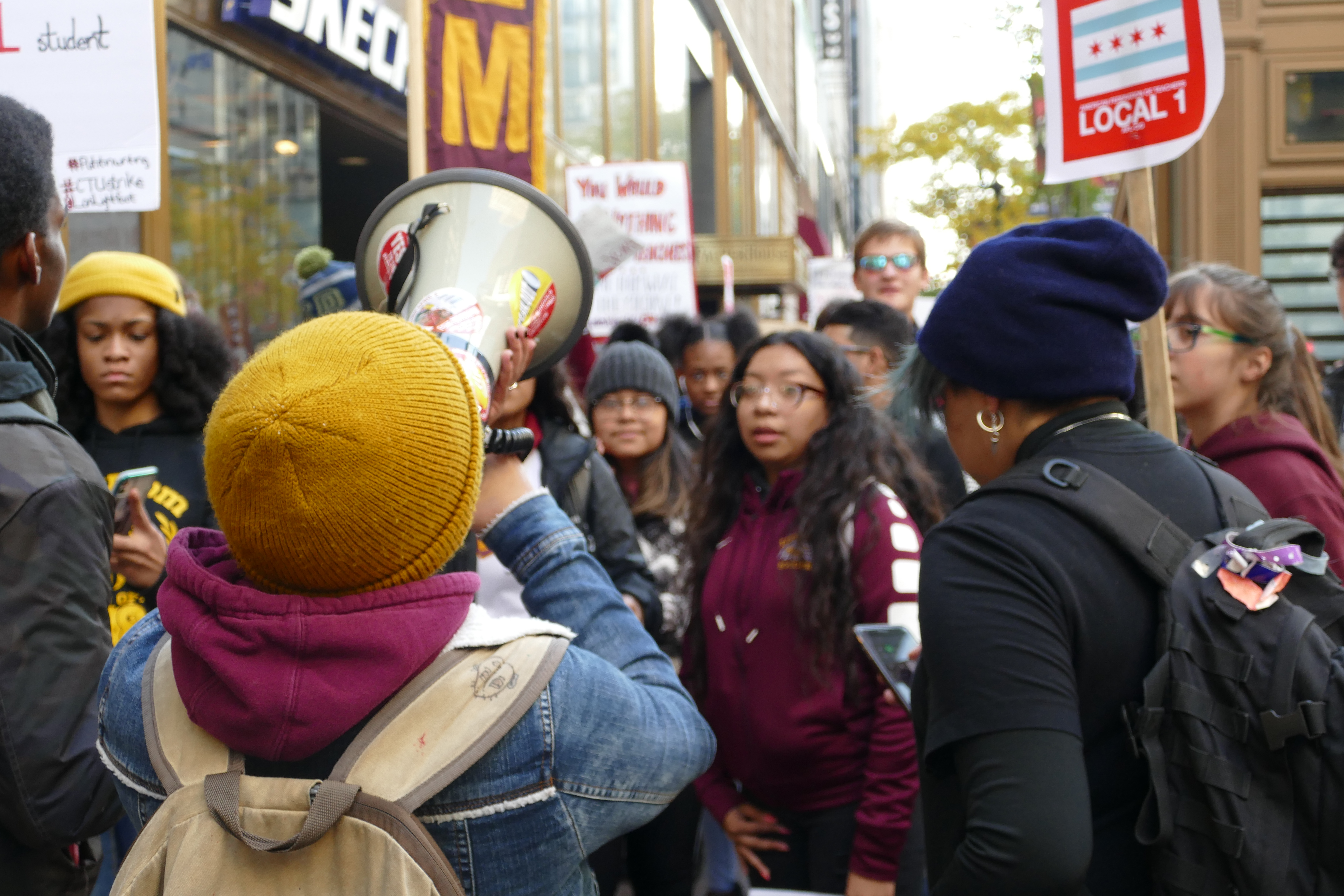 CPS students began organizing the march on Thursday afternoon. All of the organizers had spent the prior days of the strike on the picket lines with their teachers.

“We felt that the teachers, they have taken on a role that they’re fighting for us,” said David Range, a sophomore at Lindblom. “I feel like they are fighting hard but the city is not listening to the teachers. So we felt if the students were to speak up for the students, they’d be more willing to look to the students because we are the ones being affected the most.”

The Lindblom students noted needing a more consistent nurse and social workers. They expressed concerns about the mental health of their peers, and a lack of access for students with depression to people they can talk to.

“A lot of people are just showing it as if the teachers are the ones making these demands, as if they’re just asking for money, as if it’s just greed and a lot of it is affecting us and is work to change us and our learning environment,” Gatheright said. “We believe in that and we want a better experience.” 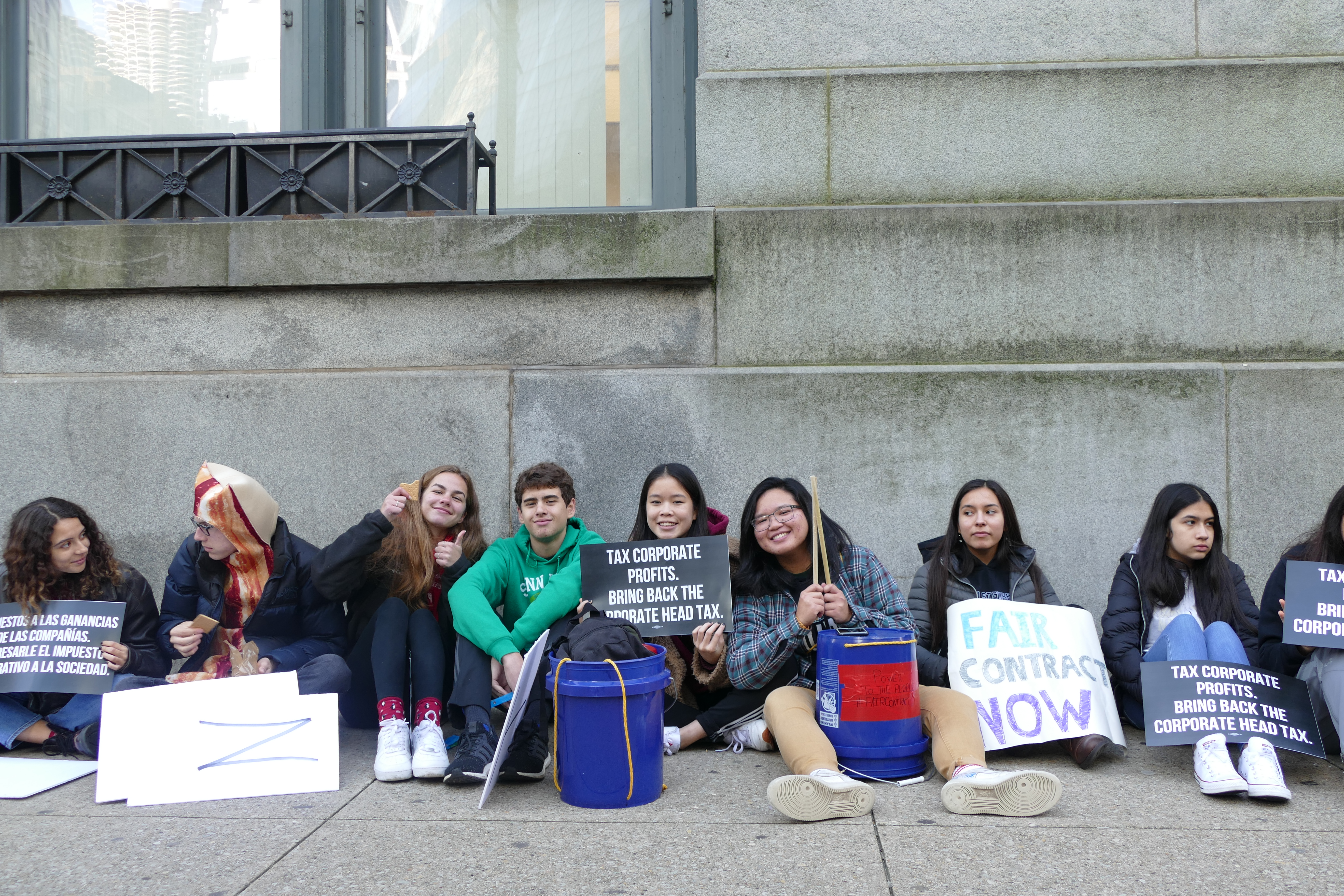 Students from at least 13 other schools gathered for the protest. They expressed concerns of support staff for students, including those with special needs and large class sizes. Many upperclassmen felt distressed about the quickly approaching deadlines for their college applications.

“The kids with special needs need extra support,” said Adrian Hernandez, a sophomore at Thomas Kelly College Prep. “They need the social workers to be there and if they’re not there then who is going to support them?”

Students from Senn High School in Edgewater said they don’t have a librarian.

“The libraries are generally used for tutoring services, but they’re not open all of the time since there’s no librarian to manage them,” said Dora Segedin, a senior at Senn. “So students don’t get that resource they previously had.”

Large classes are also a problem at Senn, students said.

“The classes are so big,” said Annika Oliver, a senior at Senn. “We don’t get the attention that we need because the teacher has to deal with so many students that sometimes they don’t have time to help you individually.”

Some of the Senn students at the protest are in cross country and learned on Friday that they wouldn’t be able to run in postseason competitions because of an Illinois High School Association (IHSA) rule preventing participation from districts whose teachers are on strike.

The students at the sit-in didn’t blame CTU members, though.

“I think that teachers are fighting for what they want and they shouldn’t have to just give it up because we want to run in a race or something,” Oliver said.

“Seniors are struggling to apply for colleges because we need our transcripts and we need our letters of recommendation, but we can’t talk to our teachers about it and they can’t access their emails and they can’t send us the letters because they don’t have access,” Oliver said. “It’s stressful.” 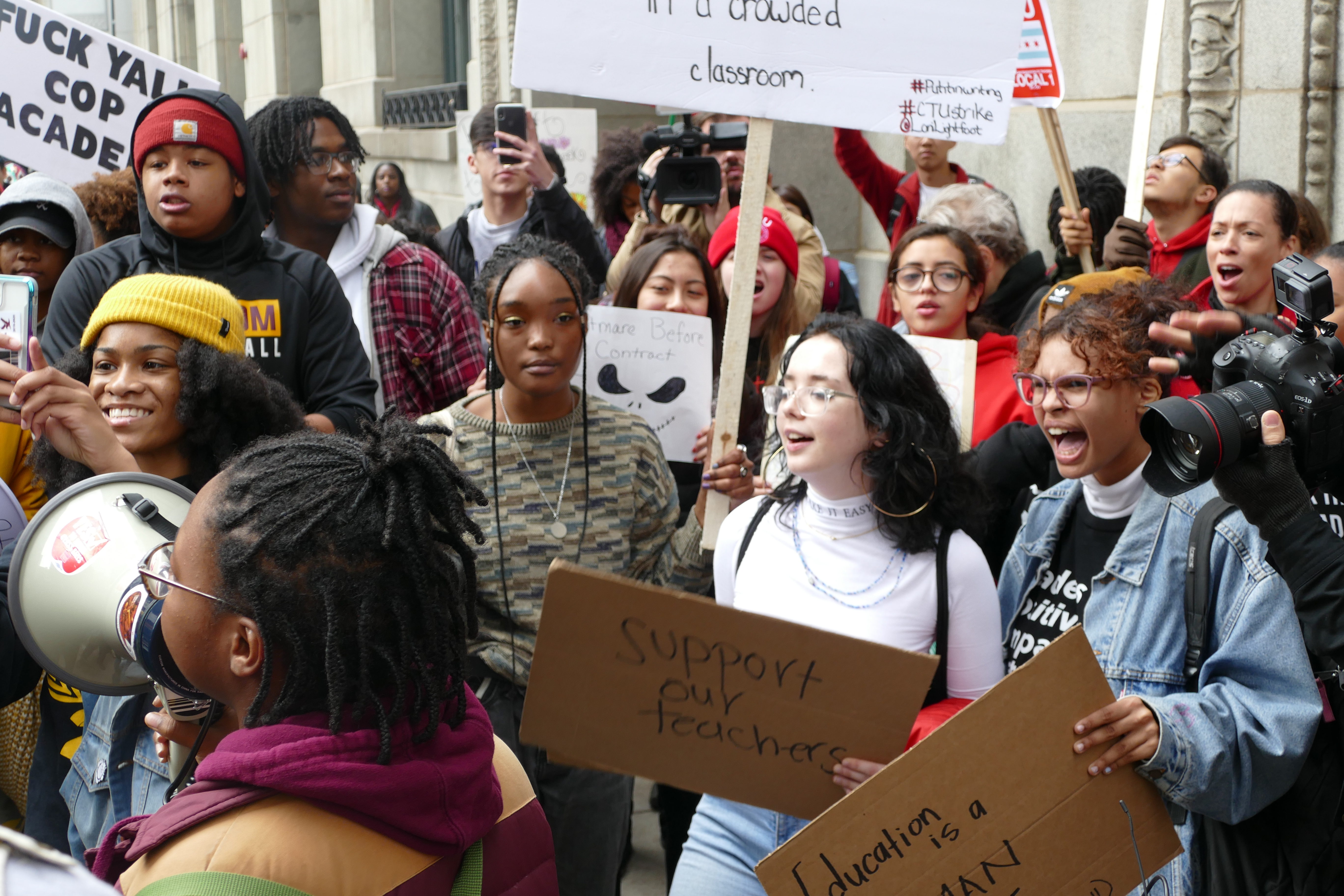 Students chanting outside of City Hall at the end of the protest. (Marissa Nelson, 14 East)