Nine Ways to be Included in Chicago Nightlife if Y... 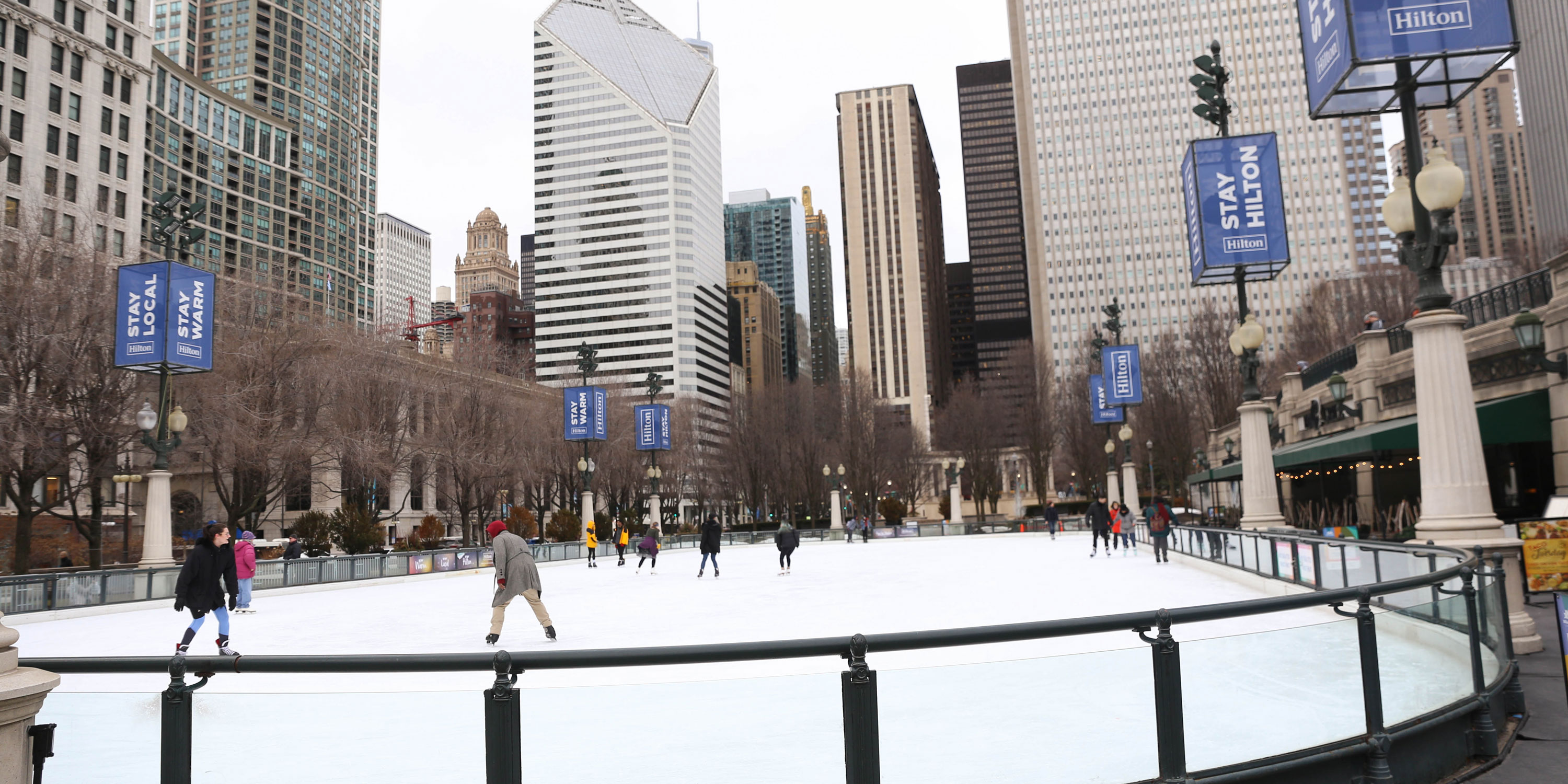 Chicago is known for its iconic nightlife which attracts natives and visitors alike. The city lights up after dark with bars, clubs and live music performances, yet many young people under the age of 21 find themselves turned away at the door.

Indoor activities are preferred in the winter as very few enjoy a freezing evening on the Riverwalk or strolling through downtown.

“Chicago is a hard city to be underage in because it is mostly a bar city, especially in the sense that you have to pay for a lot of things. If you’re willing to bundle up and get outside your dorm, there are things to do,” said DePaul freshman Michelle Leduc.

In addition to Chicago’s 21+ nightlife, there are many hidden secrets to the city that offer underage Chicagoans experiences in theater, sports, music and so much more.

While cozying up with a blanket inside is a great way to get through these cold months, Chicago offers many ways to bundle up and enjoy the city. Ice skating rinks with a view and massive sledding hills are perfect activities to embrace the winter weather.

Offering a breathtaking view of the city lights, the untraditional ribbon-shaped rink provides a one-of-a-kind skating experience unlike any other in Chicago. The ribbon is open from 12 p.m. to 8 p.m. on Mondays through Thursdays, and from 10 a.m. until 10 p.m. on weekends. Skate rentals are priced at $13 on weekdays and $15 on weekends. 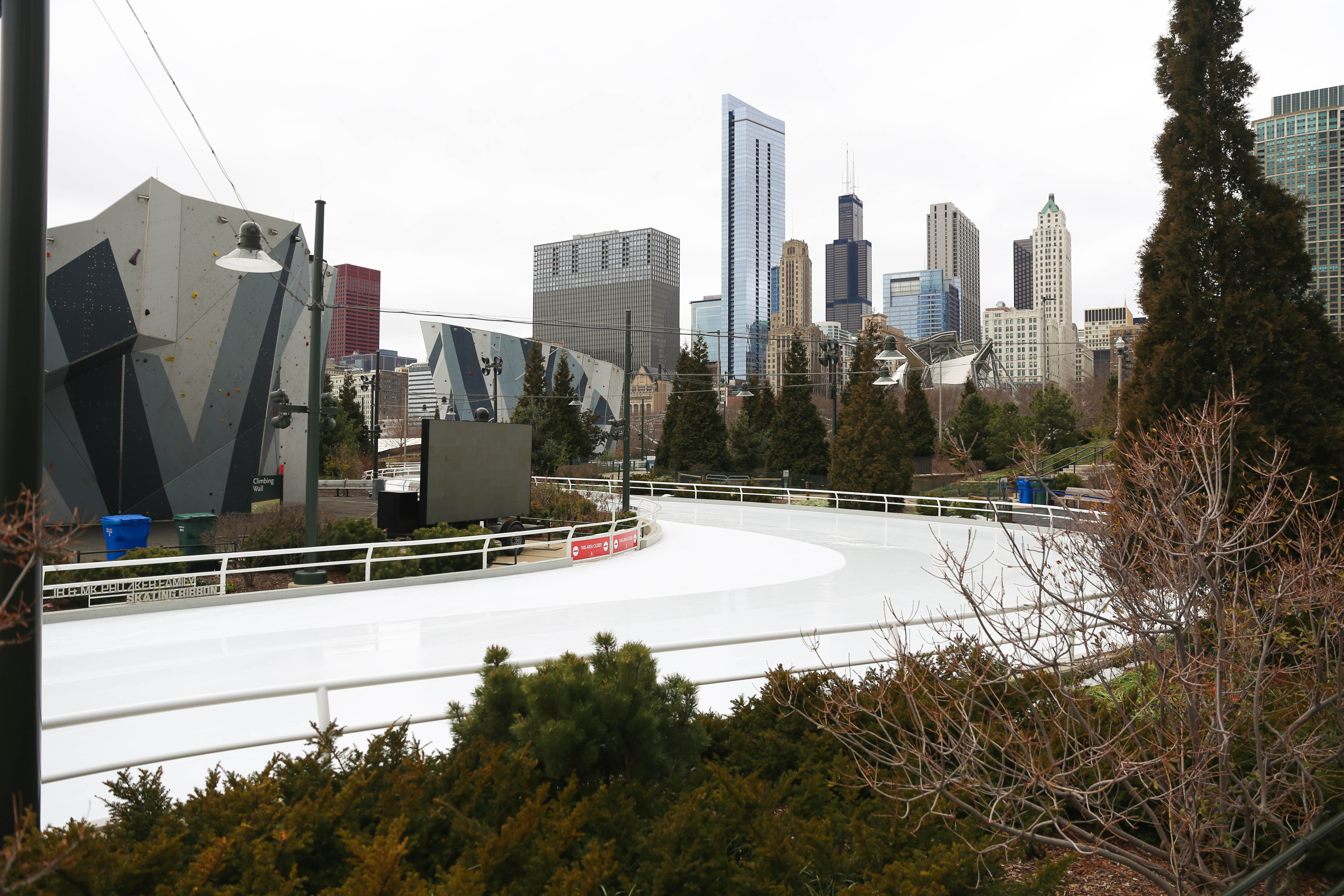 Skate with entertainment at the McCormick Tribune Ice Rink located in Millennium Park. The rink will host DJ skate nights on February 6 and 20, and March 5 from 6 p.m. to 8 p.m. Admission is free and skate rentals are priced at $13 Monday through Thursday and at $15 Friday through Sunday.

Take a sled — or make your own — down the 35-foot hill located on the Museum Campus near Soldier Field. With enough snow on the ground and freezing temperatures, the hill is open until 11 p.m. A snow machine will often add to the hill for an even greater sledding experience. Sleds are not provided, but there are many affordable options on Amazon or hundreds of creative ideas on the internet to make your own.

In most cases, a night out dancing with friends is limited to those 21+, but some clubs in Chicago  offer entry to those 18+. The same clubbing experience can be had without buying the drinks.

For a true Chicago nightclub experience without alcoholic drinks, JC Martini Club on the Near North Side provides the perfect underage experience. Open from 9 p.m. to 2 a.m. on Fridays and until 3 a.m. on Saturdays, the club allows entry to those age 18 and older with a bar for patrons ages 21 and older. Dress to impress at this club as the club has a strict dress code.

Located north of the river on Kedzie Avenue in Little Village, this Latin-influenced night club hosts various DJs and themed nights. Doors will open between 9 and 10 p.m. and most covers are waived if you arrive before 11 p.m. An updated calendar of events can be found on their Facebook page with detailed information about when doors open.

Rather than getting dressed up for the clubs, movie theaters are a great destination for a relaxing night out. Chicago’s many movie theaters invite the comfiest clothes and the greatest new releases.

This theater is less than a mile from DePaul’s Lincoln Park Campus and shows new releases. Regal offers $7 ticket Tuesdays and many other theaters around the city also offer discounted tickets on Tuesdays.

Not only does Landmark’s show new releases, they also offer viewings of various independent and short films. Located approximately 1.5 miles from DePaul’s Lincoln Park Campus, this theater offers many choices for moviegoers.

Located in Wrigleyville, Sluggers is a two-story establishment with a bar on the first floor (21+) but the upstairs level is open to everyone before 7 p.m. The second level includes batting cages and arcade games.

This establishment offers bowling, whirlyball and laser tag until midnight. With rates ranging from $5.00 to $15 for a 30 minute session, Whirlyball offers an affordable night out.

Finding Chicago’s almost hidden under-21 nightlife seemed impossible, but with some research I was able to truly immerse myself in what the city has to offer. Whether the night entails a dressed-up clubbing experience, a fun night playing games or a half-price movie, Chicago’s iconic nightlife can be experienced by people of all ages.