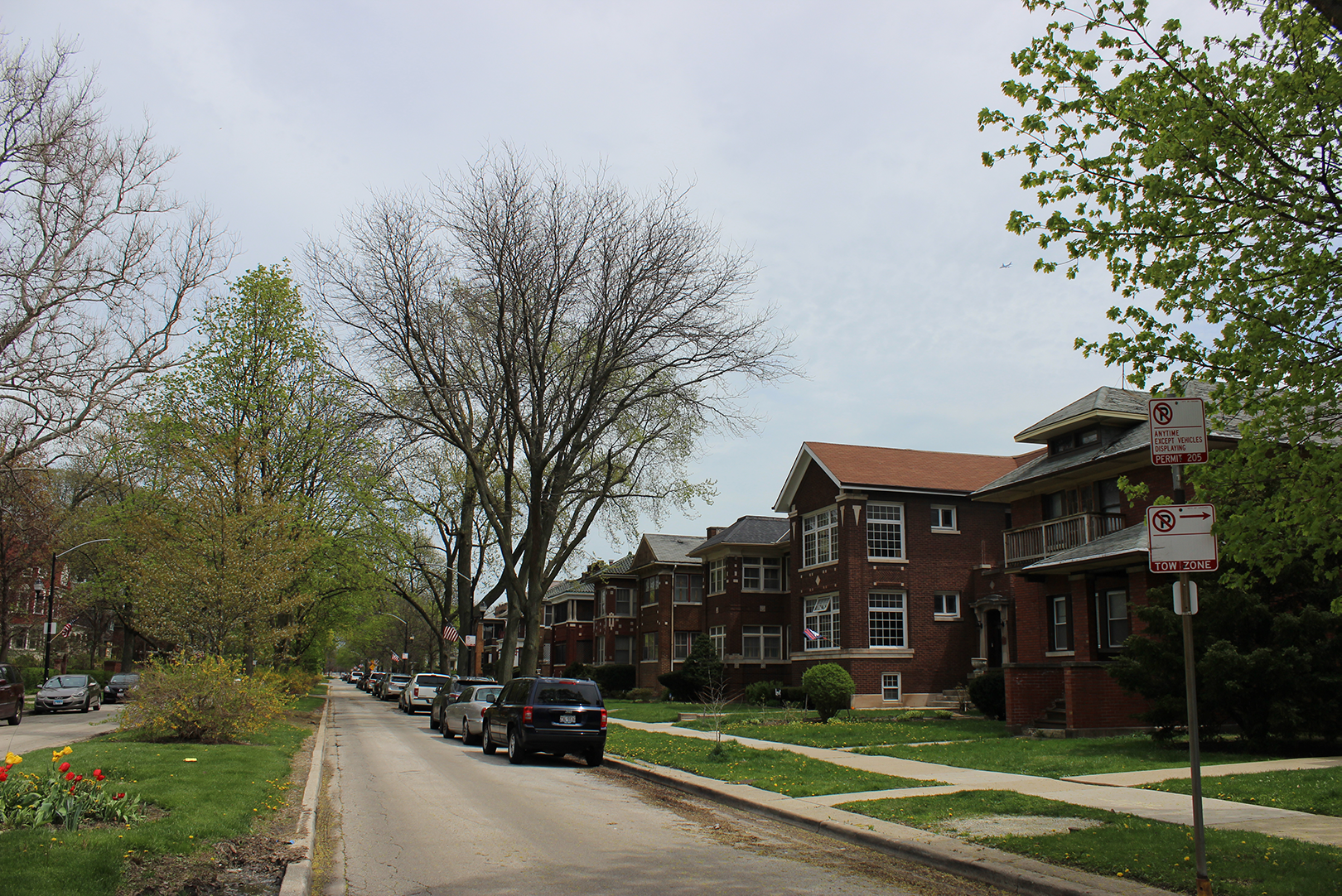 While some discussions of Chicago’s Austin neighborhood are rife with caution, these negative portrayals warp its vibrant, diverse and historical beauty. They fail to capture the pride Austin residents have in their community and wash away its landmarks of art, culture and history.

“Looking at Austin, you have nothing but architectural landscapes that you can only see in small communities,” said Zerlina Smith, a resident of Austin. “Austin is full of love but needs so much care.”

Smith moved to Austin 15 years ago and is a homeowner. For her, she only needs to look out her window to see the beauty in her neighborhood.

“The tree-lined streets [are a staple of Austin],” she said. “I mean, you can’t get that in most Black communities. The pride in home ownership. If you look at the houses and the people who’ve lived here for so long, they have really taken pride into maintaining their homes.”

However, times have changed for Austin. Some residents say that an increase in crime has led to an end of the golden age of Austin, making it difficult for them to enjoy their neighborhood as they once did.

“You missed the good old days,” said Angela Cash-Scott, another resident of Austin. “Those were the days where you can sit on your porch and everybody will be sitting out, and you had the nice block clubs — you know what I’m saying. You didn’t have to worry about somebody coming through, start shooting. Or, somebody coming through … and a big fight breaks out.”

Cash-Scott and her uncle Quentin Wilkerson trace these changes back to the mid-1980s. White flight combined with a migration of Black individuals from housing projects to the east, gangs and the war on drugs led to a shift in the community.

“It started getting really bad,” Cash-Scott said. “[People] would get on the bus and snatch your purse and run off the bus … Drugs started coming into the community, even worse or really, really bad drugs. You know, people — addictions, things like that. And, so they just started doing what they had to do to try to make money to make sure their addiction was cared for.”

Despite these negative occurrences in the recent past, others say Austin is back on the rise. Smith is one of those working in the neighborhood to restore its community through Increase the Harvest, Inc., a non-profit she runs out of her house. Per its website, the mission of Increase the Harvest, Inc., is “to realize a healthy, gender balanced, prosperous and productive society where the lives of the residents of the community contribute to a conducive environment within Austin and Chicago at large.”

“We decided we would do little programs to bring people out of their house, not just block club parties but gatherings,” Smith said. “Getting the people outside of their house is the hardest thing when it comes to Austin because they’ve been so prone for so long to go inside of their houses and close their doors.”

Smith said she has “strong faith” in Austin and its people, continually finding ways to bring people together.

“We do our annual yard sale, which will be coming up in August,” Smith said. “We do a lot of stuff on Quincy … We have a lot of strong, working class families in the Austin community.”

The best way to showcase the beauty of the neighborhood and those who call it home is to see it firsthand. The below walking tour begins at 5610 W. Lake St., Chicago, IL 60644 — the former site of Austin Town Hall. Through each of the ten stops, you will learn about the history, the people, the struggles its residents currently face and the steps being taken to build up the community, beginning with the backstory on the former town hall.

Each stop on the tour is listed below and includes a recorded audio message to accompany it. A PDF transcript of these messages may be downloaded here. 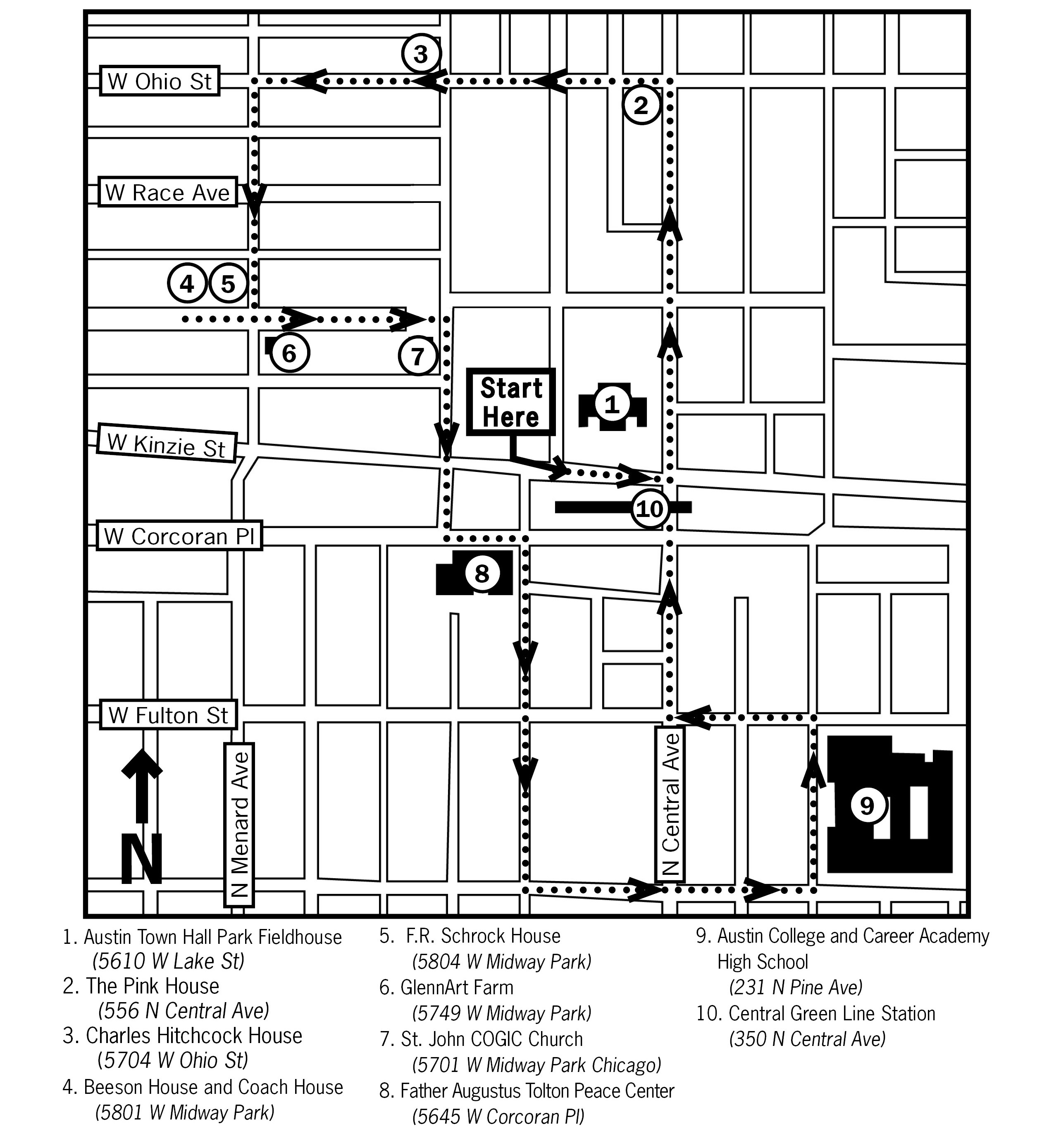