What We Learned From Reporting..

In My Mexican Heaven, Ramón Ayala Plays Every Nigh...

An Empty Stage: How DePaul’s T..

In My Mexican Heaven, Ramón Ayala Plays Every Night 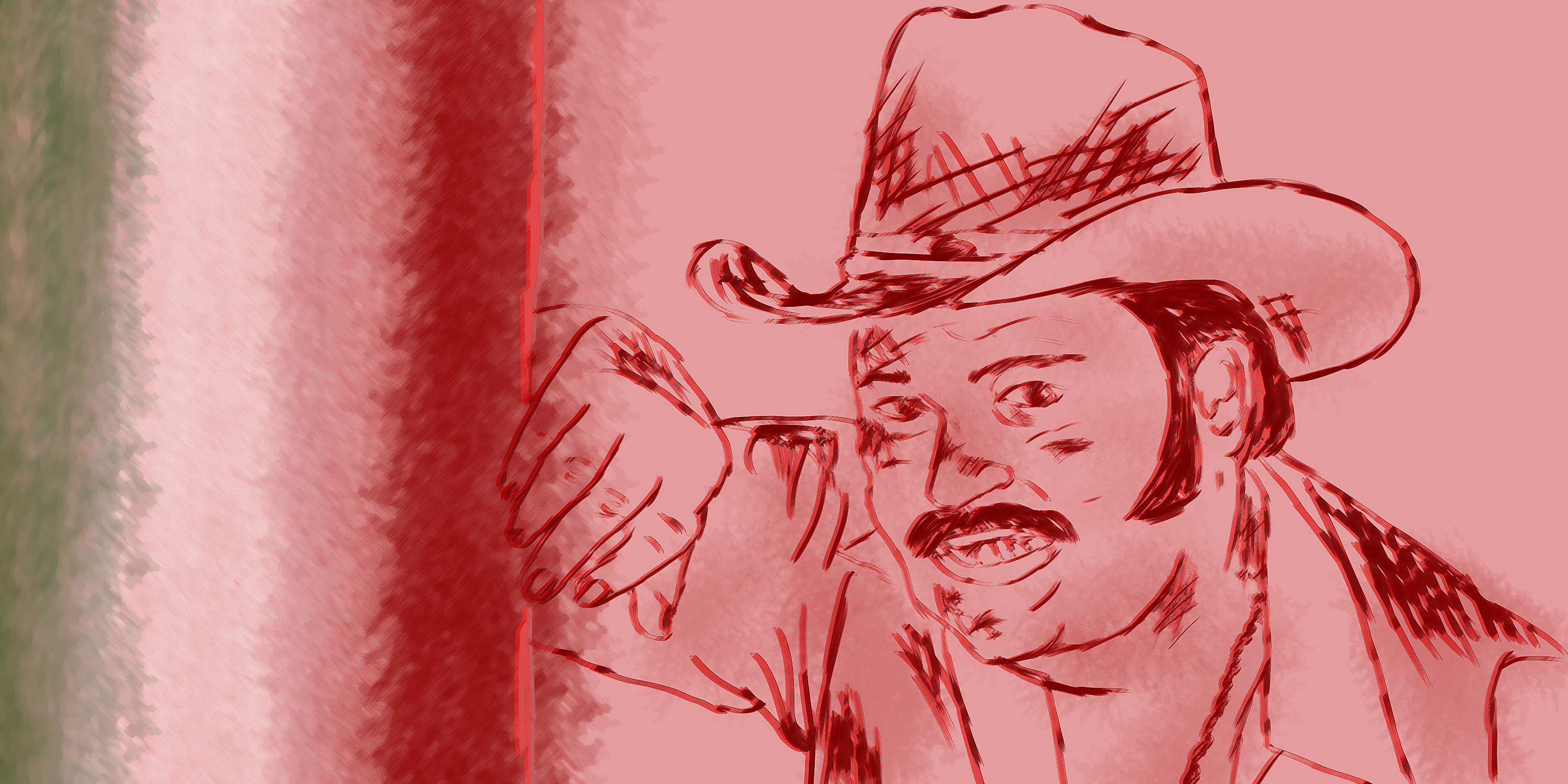 This is a piece of creative prose, not a strict music review. This piece has interactive audio elements.

be allowed in / if they work hard enough.”

My Mexican heaven is a modest ballroom with some burned-out lightbulbs, but everyone loves them because they bring out the character behind the carpet stains. Agua de jamaica and tejuino are in eternally full coolers. Guámara, guayaba, and nopales are always at the buffet, as are chiles rellenos, birria and five different pots of mole. This is exceptionally healthy in heaven. There’s an open table for playing loteria. Everyone is dressed their flyest or their bummiest with no in-between, but both are perfect.

The children who left the Earth too soon share frozen bolis under the tables. The elderly can dance again. In fact, everyone is dancing to “Riconcito en el Cielo” by Ramón Ayala y Sus Bravos del Norte, the only song that I could listen to for an eternity.

In my Mexican heaven, the band plays the whole 1985 album of the same name, but when the last song ends, that vibrant title song begins again. Everyone gets up from their tables and hits the dance floor, the opening drums and accordion breathing new life into the crowd.

Knees bounce, ties loosen, dresses swing and grins are everywhere, even though, during many of their lives, people made fun of the song (and the whole norteño genre) for being kind of trashy, one that was mostly only played in bars, acknowledged as culturally significant but low in class.

Legend has it that as an adolescent, Ramón Ayala walked into a cantina in Tamaulipas looking for a job shining shoes. There, he befriended Cornelio Reyna, a player of the bajo sexto guitar who would soon learn of Ayala’s exquisite accordion-playing skills. They formed a duo called Los Relampagos del Norte — ‘the thunderbolts of the north’ —  that would go on to find great success in the polka-infused norteño genre, taking it out of the cantina and onto big stages with their spirited yet precise playing.

When Reyna left the group, Ayala started his own band, Los Bravos del Norte, in 1971. They have gone through many lead singers across their six decades but Ayala has stayed at his beloved accordion. Many people in my heaven whisper amongst themselves as they watch the stage, having known Ayala their whole lives as the famous ‘King of the Accordion’. They are still surprised to not see him at the microphone.

This iteration of the band features Eliseo Robles, whose distinct voice accompanied them through their most popular years. His voice is aguardientosa, a word that can be translated in English as ‘worn and warmed by hard liquor.’ I mean to say that his voice makes me feel loved.

“Rinconcito en el Cielo” is a song that lyrically reaches for romantic bliss, attaining it through its arrangement. The upbeat drumming, bouncing guitar and hearty accordion sound like heaven to me — cielo translates to both “heaven” and “sky.” It’s heaven on earth. It makes the folks in heaven sigh with yearning for that kind of loveliness until they realize that they are finally there, feeling the bass in their chests.

Some hopeless romantic hears the last lyric for what it is as they watch their earthly crush from across the ballroom — they always thought it went, “y cuando caiga la noche / te da airé, mi amor.” Meaning: ‘and when night falls, you will get some air, my love.’ So simple. So sincere.

But Robles sings and has always sung, “te daré mi amor.” Meaning: ‘and when night falls, I will give you my love.’ Eh. Not as pretty, but it’s to the point. They get the courage to ask their crush for a dance, and to their surprise, they dance.

One cannot talk about “Rinconcito En El Cielo” or even the legacy of Ramón Ayala without talking about José Luis Ayala, the band’s drummer and Ayala’s brother. If Ramón is and will forever be the King of the Accordion, his brother is his perfect musical complement. José Luis is a master of the snare fill and the cymbal embellishment. They are never not on point. The two brothers switch in and out of pronounced, busy playing and minimal rhythms, adding expert flourishes to each song.

If not for that, everyone in heaven would get bored. But José Luis Ayala is the best drummer in norteño music, Ramón is the most stylish accordionist, Eliseo sings like no one else and members from all iterations of the band get a chance to play for their crowd in heaven.

At the time of writing this, many members of Los Bravos del Norte are still alive on Earth. But that’s just how magic Mexican heaven is. The same way that one word can conjure both “sky” and “heaven,” spirits exist on both planes. Christ is in Mexican heaven, as is Huitzilopochtli, and neither acts stingy with their wine.

Los Bravos del Norte play songs from the perspectives of everyday people who might not consider themselves poets: someone speaking out after being sent to prison for a crime they did not commit, a poor fisherman who sings at night of his hometown. Like much of norteño music, these are songs of longing: the longing of immigrants, the longing of the living. They are blunt yet entirely from the heart: when Robles sings for a lover on ‘Cuando Me Dices’, his voice is nasally with desperation.

Universal wisdom says that one cannot appreciate the good in life without loss. It might seem backwards, then, that such an idyllic song would start off this record instead of ending it. But in Mexican heaven, it starts to make sense as the band plays the album over and over again. Mexican wisdom says that one must face hard work to be blessed by how it pays off.

No one knows this better than Ramón Ayala y Sus Bravos del Norte. The band has been stained by legal battles and in-fighting for decades, the most recent being in October 2020 between Ramón and his latest singer Mario Marichalar.

But there’s Mario now, coming onto the stage to applause and hollering. He hugs José Luis, who passed away from COVID-19 in July of 2020, before Elioso hands him the microphone for a song. There they are, playing together in their matching silver vests, felt ten gallon hats and tassled sleeves.

Time is still being kept track of in Mexican heaven. How else would the musicians stay so sharp? There is confusion about whether to follow the Gregorian or the Mayan calendar, so Las Mañanitas are sung every day and pastel de tres leches is passed out indiscriminately. Oftentimes, San Pablo the bouncer lets in people from Puerto Rican heaven, Dominican heaven, Nicaraguan heaven — he lets all cultural heavens mingle.

Old friends reunite. All blood feuds are washed away with benediction and a few good DJ sets. The elders sit at their tables while everyone else dances, grumbling about how the youth has sold out, except, of course, for Walter Mercado, who is the liveliest dancer of all.

But when the elders hear that accordion, like fluttering angel wings, they fly out of their seats, a partner’s hand in theirs, younger and more in love with the magic of their people than the last time.