DePaul vs. COVID-19, Newest Arrival in the Big East Conference. 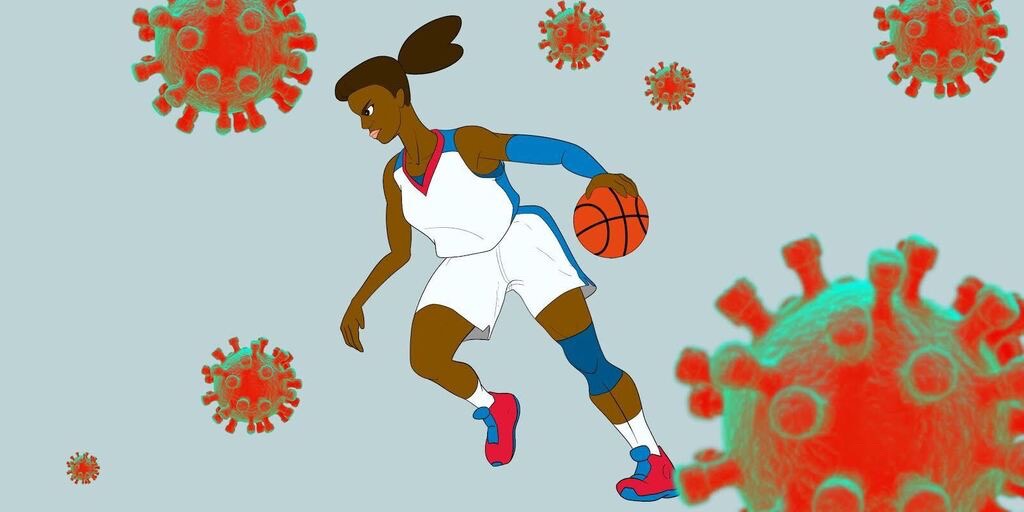 Entering what will now be the tenth month of the COVID-19 pandemic in the United States, college athletes are faced with a new type of opponent.

The pandemic has been relentless. As it continues to ascend over the lives of Americans, collegiate athletes face a competitor they can’t beat. Many programs have watched their seasons end due to increasing safety concerns. At DePaul University, the women’s basketball team is hoping to fulfill their typical winning season despite adversity.

Typically after starting competition in early November, the program didn’t see its first game until after Thanksgiving, primarily focusing on conference play. With this leaving an ample amount of time to practice, the team has had to adhere to new sanitary regulations implemented by the university in accordance with their unusual season.

Each player is required to wear a mask during the entirety of the practice. As one may guess, running around in a mask for hours makes it quite difficult to breathe and communicate. “This was something difficult to adjust to, but I think most of the team is now used to working out with a face covering,” sophomore Kayla Caudle says.

DePaul provides a plethora of disposable and reusable masks to meet this requirement. In addition, the players are each stationed six feet apart from each other as they enter and exit the gym, as well as for water breaks. Whenever they are not actively playing, they follow social-distancing guidelines, leaving minimal contact among themselves.

Outside of practice, the players are subjected to COVID-19 testing three times a week, increasing as the winter months quickly approached. In further preventative actions from the university, players were placed into new rooming assignments where they will all live in single dorms, making this their third move of the year. This new housing arrangement allows for the team to self-isolate from each other in the event one does contract the virus.

Despite encouraging separation of the team, junior Jolene Daninger believes they have been able to keep their cohesiveness. “In some respects, it is difficult to have team bonding because of having to social distance, but I believe it also helps bring us closer,” says Daninger. “These are tough times that we are all going through, so by getting through it together, we can bond.”

But senior Dee Bekelja feels differently. “It is very different since we can’t connect like before … we are very isolated,” she says. “It’s different and unusual to spend so much time by yourself.”

Many sports have seen their programs cancelled, and no one can predict what will happen in the next few months. “I would say the most difficult aspect is the unknown,” Daninger says. “I try to remain hopeful, but it is difficult to maintain this mindset when everything is up in the air.”

On November 13, the NCAA released guidelines stating what is expected of programs during this time as well as risk of exposure. The reference book also includes anecdotes to mitigate health risks as well as self-health checks, facial coverings, physical distancing, outdoor training options, and more. During the season, the entire division is expected to quarantine for up to 14 days if even one player, coach or manager contracts the virus.

With hopes of making a return to the tournament after its cancellation last season, the program is looking to clinch titles in both the tournament and Big East conference. Caudle hopes “that when we start coming into contact with other teams, that everyone stays safe and healthy.” 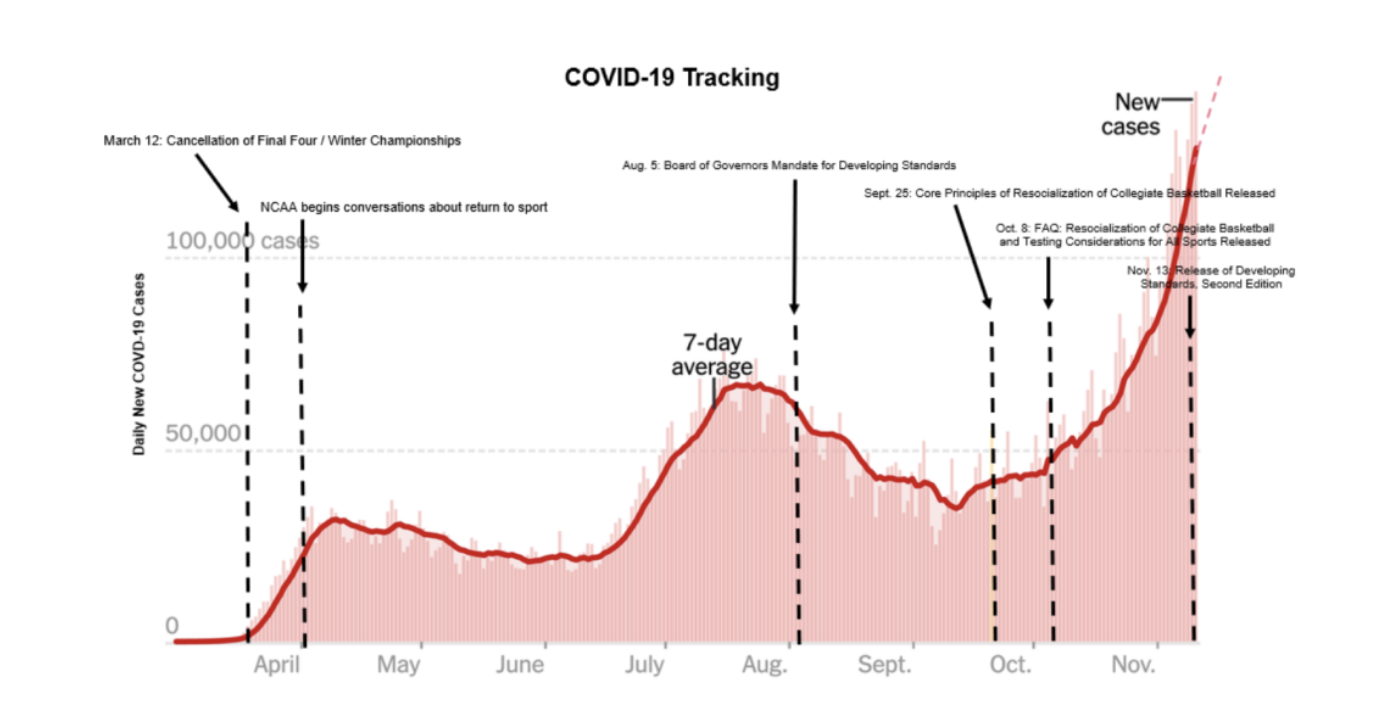 Balancing the triple threat of academics, basketball and a global pandemic can have quite a mental impact on the team. Self-quarantine, distancing features and the fear of the unknown on top of a rigorous college workload can be quite emotionally draining. Though athletes still want  the typical “college experience” — whether that means going out, exploring the city, or meeting other students and fellow athletes — this is a special circumstance where in being part of an acclaimed team, you must prioritize those around you.

“As a member of a team, you cannot just worry about yourself, but the well-being of others,” said Caudle. “An unintelligent decision, such as going to a crowded party, can affect an entire team and staff … it is important to have a selfless mentality.”

Athletes were not allowed to return home for holidays, leaving out some of their biggest cheerleaders –– their parents.

“A difficulty that many face is not being able to see our families,” Caudle says. “Normal students are able to stay at home and do online classes. Because we are on campus, we cannot go back home, with many other states being considered ‘hotspot states.’” Lack of social support adds to the mental challenges facing the team.

“We will make adversity our best friend” is a saying the team prides itself on. When adversity shows itself in processes out of your control, it is reflection from within that truly catalyzes the strength to get through it.

Some players have benefited from changing their mindset in the face of adversity. “This year, I am much more focused on the aspects of my life that are important such as school and my team,” says Caudle. “There are not as many distractions because we can’t go out to restaurants or hang out with other people. Most of my time is spent either at the gym or in my dorm.”

Despite the challenges, the team must carry on and exceed their expectations of drive and determination like never before. Daninger feels as though the team is meeting those standards through the help of their head coach. “Coach Bruno still pushes us just as hard; we just have a little more adversity to fight through.”