Consumer Responsibility, Brand Accountability in the Age of Online Activism 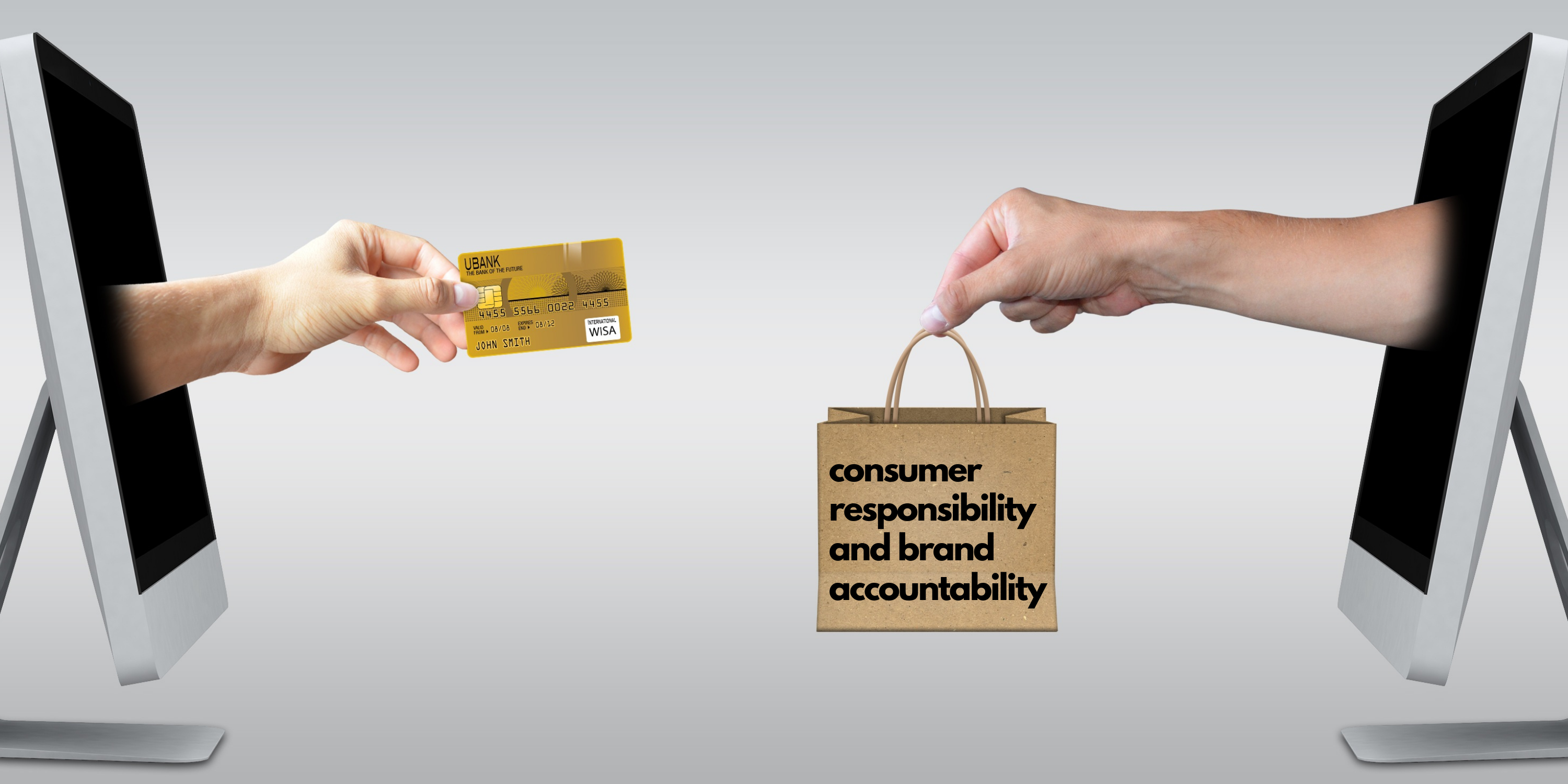 The summer of 2020 saw a major  wave of protesting for racial equity. People were tired of constantly fighting for the same thing every couple of months and demanded systemic, fundamental change and attention to social issues. Issues included defunding the police, abolishing the school-to-prison pipeline, removing student resource officers from schools, establishing a foundational code for all companies and workforces to ensure racial equity and so much more.

The term “accountability” came into play as consumers questioned the ethics and practices of the companies they were buying from in light of uprisings across the country. Consumers wondered how these companies are actively working (or actively working against) systemic change and racial justice. Consumers adopted a sense of responsibility to educate themselves on the brands they gave their money to, holding them accountable to change their practices and use their power to support change.

DePaul professor Lauren Ignoffo, who researches digital media and e-commerce, says it’s no surprise that companies are being put in the spotlight.

“Brands can be held accountable,” Ignoffo said, describing how with a society focused on systemic change, they will have to deal with the press keeping an eye on them. “Bad press is now their biggest challenge.”

Public relations and advertising professor Hyejin Kim added that consumers have also taken on a different role. They are not passive anymore, rather, they are active consumers — they are empowering each other and this can both help and harm brands.

“Some brands are being criticized by consumers for their superficial efforts and social causes,” Kim said, adding that when brands do not have genuine intentions, consumers will eventually figure it out.

DePaul professor Christina Steed discusses the concept of the new digital environment for consumers. She says it allows consumers to be savvy in terms of going after advertisers, whether it’s regarding programming, who is being supported from a political standpoint, or knowing the names of executives at companies and directly reaching out to make sure their perspective is felt.

“What we saw over the summer was a lot of performative activism from companies where they’re putting up a black screen on social media but there’s nothing after that,” Steed said.. “They’ve written a letter saying they want to be committed to social justice and being an anti-racist organization, but then the diversity person doesn’t have a budget. They’re not working to diversify their supply and supplier pipeline and they’re not hiring and retaining diverse talent.”

Companies can get exposed, according to Steed, since this is the era of serious transparency. Companies who put themselves out there have consumers checking back and holding them accountable to make sure they follow through with their plans.

Additonally, Steed said consumers are now partnering with either agencies or organizations that do equity audit work and unconscious bias training, helping these corporations become committed to anti-racist practices.

“There is a change that does happen,” Steed said. “I think right now is a pivotal time in our history.”

Although professors believe in the power of consumer responsibility and brand accountability, many consumers are unsure if this is achievable under a capitalist society.

Freshman Zoe Bragado doesn’t believe that large corporations care about their consumers; they only care about profit. This is why she’s uncertain about how effective a boycott would be.

“There would have to be a significantly large amount of people for the company to feel an effect in terms of profit,” Bragado said.

Junior Sophia Sansano, on the other hand, believes that while boycotts are effective, there is no way to hold brands accountable with social justice issues as “they are not human beings.”

“Companies try hard to brand and make it seem like it, but they are separate entities from people, owners, and the community,” Sansano said.

“There is no ethical consumption under capitalism, but I believe consumers can make a difference by boycotting brands and using social media to expose a company’s poor working conditions,” Sansano said. “While brands have the platform to effect social change and bring awareness to certain issues, as long as capitalism exists, performative activism will prevail since capitalism is rooted in colonization, imperialism and racism.”

Sansano adds that although capitalism should be dismantled, consumers are subjected to survive under it. So to make a difference, they should be mindful of where they shop and the companies they support.

“Companies try hard to brand and make it seem like it, but they are separate entities from people, owners, and the community.”

“Since capitalism depends on the exploitation of labor to make a profit, a statement addressing the current political situation is only made to distract consumers from the company’s poor labor conditions and violations,” Sansano said.

Bragado adds that “with capitalism, the rich will always stay on top and have control over normal consumers,” due to convenience and cost.

Freshman Liam Griman echoes this with his personal experiences as a consumer, stating that while he tries not to buy from Amazon, “Amazon owns everything, so it’s a bit difficult.”

“I am one small person trying to fight a corporation that has taken over the U.S,” Griman said, referencing Chick-Fil-A. “Is it really possible I’m making a difference?”

“That’s why it’s so important to shop small,” Griman added.

“Shopping small” is another term that has been emphasized after the severe economic impact of the COVID-19 pandemic and the social justice movements over the summer. Consumers point out that each order or handmade package makes the largest difference for small-business owners and employees. Large corporations, on the other hand, are not affected by the purchases of even thousands of customers.

Sansano echoes her personal experience as a consumer by stressing the importance of shopping small as well, adding that she was fortunate and privileged enough to be able to do so for non-essential items after getting a job.

She stresses the importance of authenticity, describing “their designs and products aren’t ripped off from BIPOC and they are using their social media platform and influence their followers to be socially aware and politically active.”

“I am one small person trying to fight a corporation that has taken over the U.S. Is it really possible I’m making a difference?”

He does not believe that it is possible to be a smart consumer that votes with their dollar efficiently in a capitalist society, since the free market is at its liberty, making it dangerous as there is no regulation and control as to what companies are allowed to do with their money.

Due to this, Griman says that although it’s inconvenient, it is important for consumers to do as much research as possible, adding that he tries to know as much as he can about the companies he gives his money to.

Bragado also tries to stick to purchasing environmentally friendly products, adding that she “would probably pay more for a product if I knew that I was being more ethical and also helping the environment.”

Freshman Hanna Choubkha discusses her consumer practices by explaining that she won’t directly contribute to a company, but won’t turn something down if another person does.

“For example, I won’t buy a Chick-Fil-A for myself, but I’ll eat it if someone else spent the money since I am not directly contributing,” Choubkha said. “Similarly, with Starbucks, I won’t go unless I have a gift card.”

Choubkha reasons this by echoing Sansano’s statement — “there is no ethical consumption in a capitalist society.”

Senior and public relations and advertising major Natalie Rohman believes there is a solution to performative activism and ensuring fair, ethical and just practices for companies.

“I believe that all companies should establish their core values and beliefs,” Rohman said. “But they should do it in a way that does not dismiss or avert the real issues that need to be spread and the right information that people need to hear.”