A Diary Entry of a Self-Aware,.. 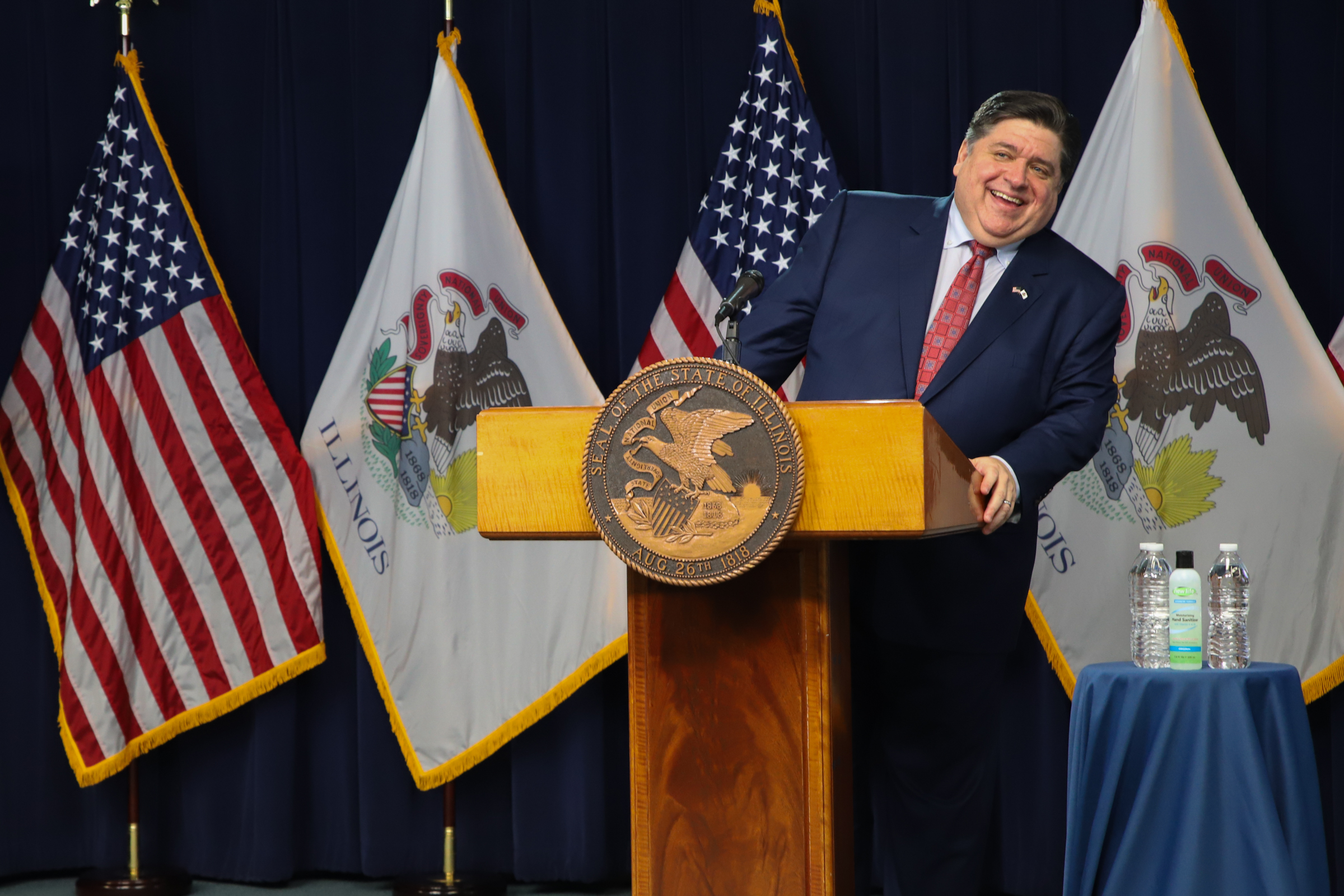 On Thursday, Illinois Governor J.B Pritzker held a private press conference with students in DePaul’s Advanced Reporting class where he talked about vaccine rollout and equity.

“I want everybody to get vaccinated as fast as possible — so how are we going to get all of that done?” Pritzker said when asked about vaccinating the city’s college students before next fall’s semester. “College students — because they tend to be younger and healthier than other, more vulnerable populations because of their age — might be at the back of the line.”

The class, which aims to better equip journalists for the field of reporting, is offered through DePaul’s Center for Journalism Integrity and Excellence (CJIE), and is led by Peabody Award-winning journalist Carol Marin and producer Don Moseley, known primarily for their careers at NBC5 Chicago.

“My job — and there’s no doubt about it during the pandemic,” Pritzker said, “is to take as many of the doses of the vaccine we’ve received for the state of Illinois and get them into people’s arms as quickly as we can. And that’s what I will continue to do.” 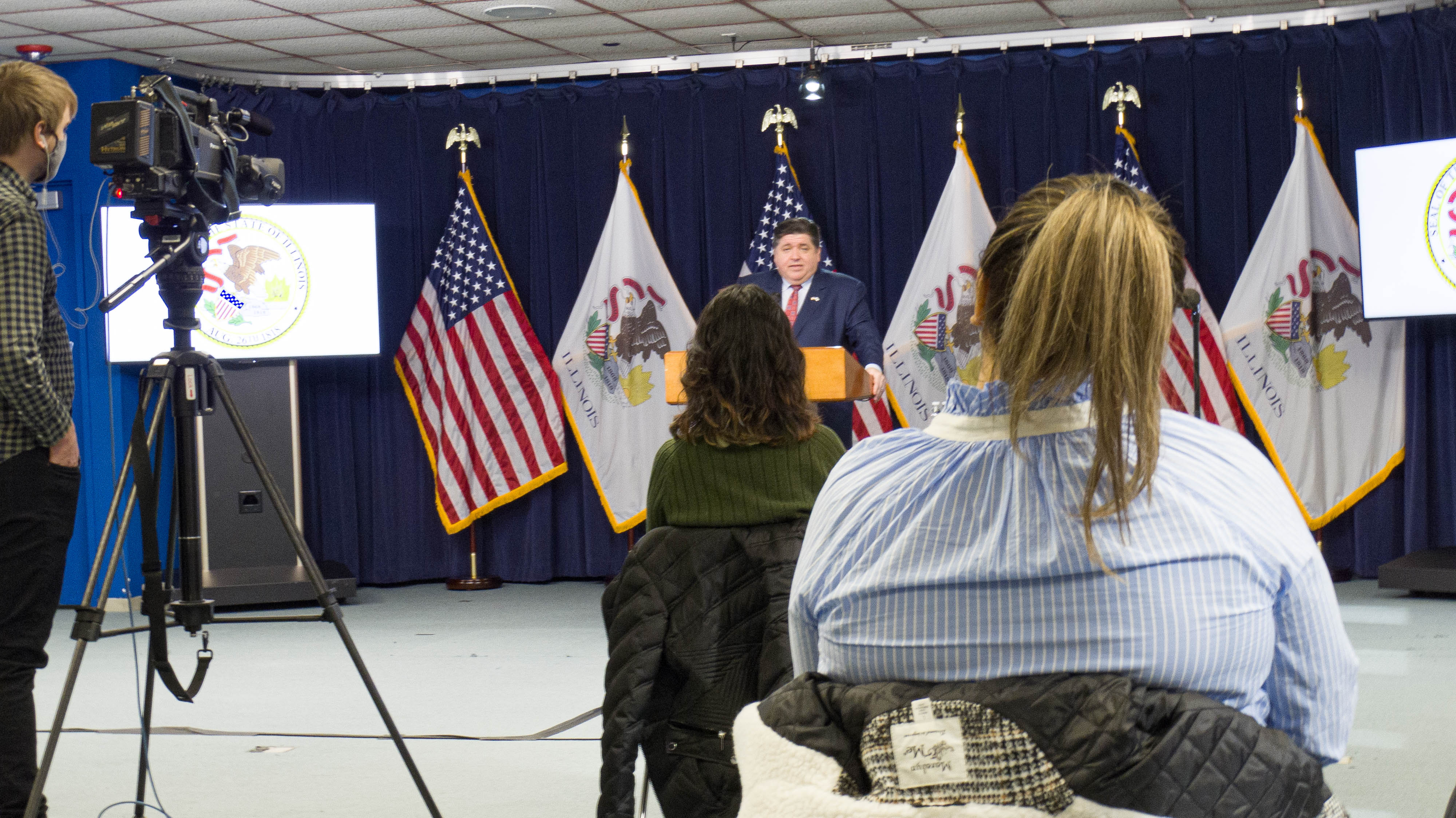 Pritzker likened the vaccine rollout to the testing rollout last spring, during Illinois’ first round of lockdowns. Although he acknowledged that the vaccine rollout is different from that of testing in some substantial ways, there was similarly “a huge demand” and “questions about how we were going to guarantee that this population was going to get tested — students going into K-12 schools and college students,” he said. “The best answer I can give it that we’re working as fast as we possibly can to ramp up — back then it was testing, now it’s administering the vaccines.”

Pritzker said that the administration is aiming for a “turning point,” and trying to work out ways to accommodate professions and populations with different exposure risks and needs, such as teachers in K-12 schools.

Pueblo Associate Editor Jocelyn Martinez-Rosales then asked Pritzker about plans to address the racial inequalities evident in early vaccine distribution data. Of the city’s 100,000-plus vaccines administered, more than half have gone to white residents, despite the fact that Black and brown communities have been much harder hit by the virus.

This comes as aldermen, community activists and health professionals have been advocating for a vaccination hub at Humboldt Park Health, formerly known as Norwegian American Hospital, to better serve predominantly Latino and Black neighborhoods that have been under-served with regard to vaccines.

Of the city’s 100,000-plus vaccines administered, more than half have gone to white residents, despite the fact that Black and brown communities have been much harder hit by the virus.

“One of the things that we started with was looking at the locations for vaccinations that we were rolling out, and that there wasn’t going to be a location that were left out and if there were, how could we make that more equitable,” Pritzker said.

“Maybe there is a population who is wealthier and has transportation available to them, and their [vaccination] location is closer to them than it is to someone who is poor and doesn’t have transportation. It might take us more time to get to that wealthier community, but that’s probably fair since they have the ability to get there. The flip of that is not fair.”

Pritzker also cited the state’s second most populous city, Aurora, which lies on three different county lines, as a special cause for cooperation between local and state government to ensure equitable access to the vaccine there.

Right now, few groups are eligible to receive the COVID-19 due to a limited supply. Among those eligible are senior citizens 65 years and older — a number Pritzker said wasn’t chosen at random.

This careful consideration of the way that COVID-19 deaths disproportionately affect age groups across the lines of race was directly responsible, Pritzker said, for reversing the state’s original guidelines that only those 75 and older would be eligible for the vaccine.

“And so if you say 75 is your cutoff in the first phase, you’re not even covering half of the people in communities of color who were dying,” Pritzker said.

However, even with the extra attention placed on age disparities and socioeconomic access, there is still another hurdle to jump over to ensure an equitable roll out of the vaccine: trust.

According to a Pew Research Center study, just 41 percent of Black Americans said they would get the vaccine if it were immediately made available to them. That’s compared to 83 percent of English-speaking Asian Americans, 63 percent of Latinx Americans and 61 percent of white Americans.

“So, what do we need to do? Communicate is one thing,” Pritzker said.

He cited Illinois Department of Public Health director Dr. Ngozi Ezike’s publicized vaccination as an important step in the direction of communication.

“I think there’s a little bit of suspicion, a little bit of concern, and we just have to get past the concern or the suspicion partly by saying, ‘Hey, people in power like Dr. Ezike are willing to get vaccinated,’” Pritzker said. “She knows as much as anybody knows about these vaccines, and she stood up and did it. She feels fine.”

Pritzker hopes that efforts such as Ezike’s coupled with ad programs at the state and national level funded by his and President Biden’s administrations, respectively, will serve as further tools in communicating trust in the vaccine.

Behind these initiatives, the governor attributed his family’s history of being immigrants to America as being a major motivator for ensuring that all have an equal chance to receive the vaccine, despite their identity or situation in life. He also has his team to thank.

“I’m surrounded every day by people who, if I ever forget that we need to focus on equity, the people around me never let me forget,” Pritzker said.

Jocelyn Martinez-Rosales contributed to this reporting.