Questions for the Accent on My..

How has COVID-19 Affected Local Artists and Venues...

How has COVID-19 Affected Local Artists and Venues? 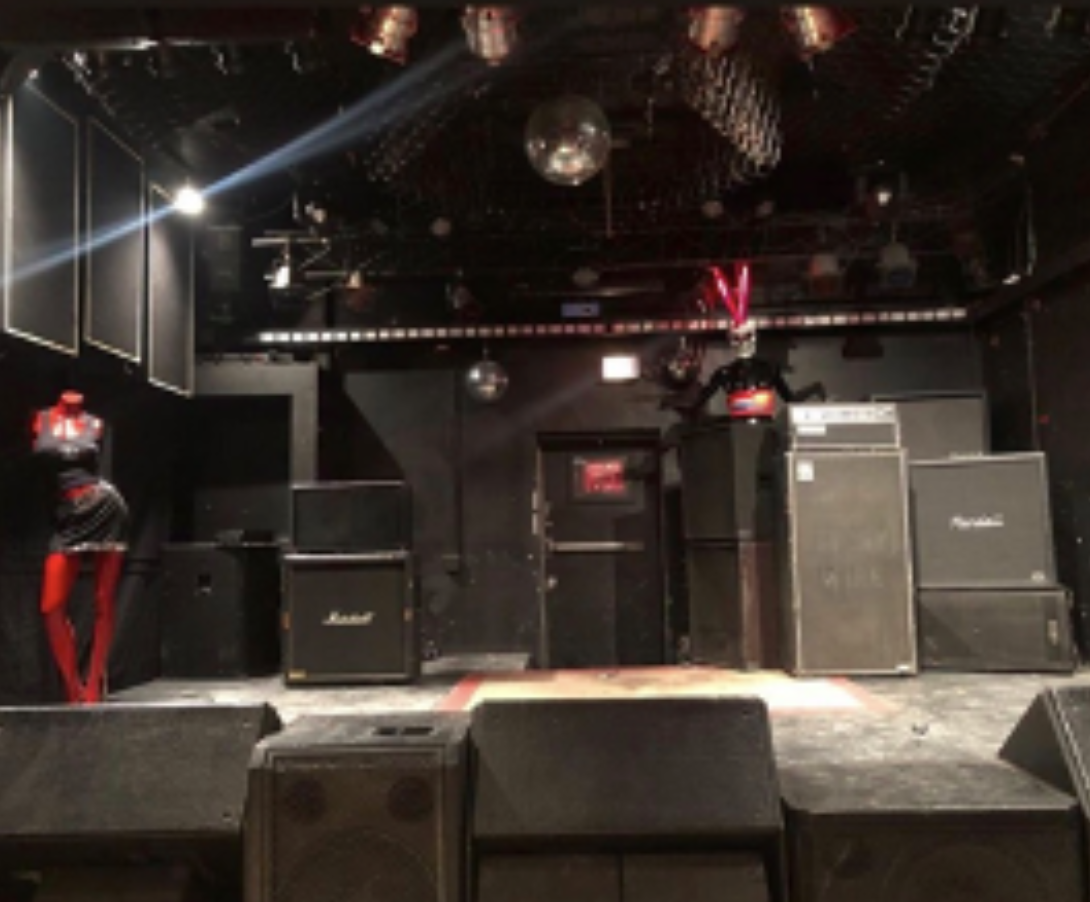 The COVID-19 pandemic wrecked Chicago pop group Beach Bunny’s plans for the summer. But in a time when artists and venues have been struggling, the band has been able to successfully adapt to the restrictions put on by the pandemic.

“For 2020 we had a whole world tour set up,” said bass player Anthony Vaccaro. “That March [when the pandemic started] we were supposed to do an East Coast run, do a couple of festivals, play Coachella and then we would’ve gone to Europe twice. Basically, everything got cancelled, but we were still able to record an EP in the meantime.”

“This EP never would have come about if we had a regular touring schedule. It’s kind of a blessing in disguise because this EP has been some of our stronger work,” said Vaccaro. “It’s being well received, but it’s weird recording songs in a studio with masks on.”

Vaccaro also mentioned how being in quarantine has affected their lead singer (and DePaul alum!) Lili Trifilio’s lyrics. “I’d say lyrically, having a lot more at-home time has made her very introspective,” he said.

Aside from cancelled touring plans, Beach Bunny was also planning on doing their first-ever performance on Jimmy Kimmel in March of 2020. However, after the pandemic hit, they decided to appear on the show in January 2021 with a live performance from The Empty Bottle, a venue in Ukrainian Village.

“It was very surreal; I also think it was a phenomenal thing for that venue to be stated on national television,” Vaccaro said.

Although Beach Bunny has a huge platform that allows them to adapt to a pandemic more easily, some less well-known artists showcased their ability to roll with the punches and took the pandemic on as a challenge.

TJ Kennedy, front man from Uncle Sexy and the Nephews, did exactly that.

The 30-year-old from Evergreen Park, a south suburb of Chicago, found himself in a position where he couldn’t get his full band together. Due to the pandemic, many of his bandmates decided to take a break from the band. Moreover, the venues that were still open and socially distancing didn’t want a full band, either.

Kennedy and his bandmate, Dan Kane, decided to change their set to a two-man acoustic act. This was a vastly different energy from the thunderous rock performances Uncle Sexy and the Nephews are used to putting on.

“We created a whole new act out of it, and it’s been pretty cool. I like the folksier storytelling aspect of music,” Kennedy said. “I never want to be stuck into one genre anyways.”

“Some bands didn’t adapt, some bands just rolled over and died. If you want to stay relevant, you have to do stuff like that, you know,” Kennedy added.

It’s important to note that with all of Kennedy’s drive to stay relevant throughout the pandemic, all of the shows he has played have been outdoor and socially distanced. Masks were required and tables were set at six feet apart.

The entire music industry has been affected by the absence of live music. The initial six-month shutdown was estimated to cost the industry more than $10 billion in sponsorships, according to the World Economic Forum.

Artists are not the only ones who have been affected. Music venues in Chicago have been struggling ever since they were forced to stop holding shows last March.

None of these Chicago venues expected the pandemic to last as long as it has.

“Everyone was just really optimistic in things coming back to normal within a month; no one thought this would last this long,” said Alicia Maciel, a 24-year-old who works at Sleeping Village, a Chicago venue that has been surviving through the pandemic. “Seeing how dire the circumstances became was a very weird and upsetting way that this played through,” Maciel said.

Sleeping Village waited until the end of summer to reopen their outdoor patio space with limited capacity for bar business. However, once COVID-19 cases started spiking in November through mid-January, they closed it back down.

They are waiting to reopen until there is more access to the vaccine, which will hopefully be around the spring or summer.

Without the ability to hold live sweaty rock concerts like they used to, Chicago artists and venues have banded together to help raise some money while restoring some sort of normalcy.

Livestreamed concerts have seemed to be the go-to for artists and venues ever since the pandemic started. These streams have been held on a number of different platforms including Facebook, YouTube, and the website of the venue hosting the show.

Venues like Sleeping Village, for example, have been able to make some money and continue to promote local artists by having bands play livestreamed concerts. Venues sell tickets online as well as encourage viewers to donate.

“Concert-wise, we started participating in co-promoting virtual live streams,” Maciel said. “We got involved in Chicago Independent Venue League (CIVL), we did our first online fest in January and that was a lot of fun.”

CIVL is a nonprofit organization that supports Chicago’s independent venues and artists. Their purpose is to gain recognition for the role these venues play in creating jobs and defining music culture in Chicago, according to their website.

Holding livestreamed concerts has been one way they have supported Chicago venues during the pandemic.

Other Chicago venues such as The Empty Bottle, Schubas Tavern, Lincoln Hall and The Hideout have all been streaming live performances and allowing Chicago music fans to watch their favorite bands and financially support local venues safely from their homes.

Although livestreams have been a great way for venues around the country to hold shows, some venues simply could not generate the money to stay open and were forced to close down.

The National Independent Venue Association (NIVA) has been advocating for the government to step in and do something about this throughout the pandemic.

After people from across the country sent 2.1 million emails to their elected officials showing their support for the Save Our Stages Act, independent venues and promoters were able to receive another COVID-19 stimulus check in December. The Save Our Stages Act is what allowed independent venues and promoters to be included in the latest COVID-19 Relief Bill.

The Save Our Stages Act was initially proposed July 22 of 2020.

“I think government involvement is really crucial to the current status of venues and their futures. A lot of venues across the nation have closed and it’s really upsetting,”  Maciel said. “A lot of them were really important for tour routing, their cities, and their economies.”

Maciel also mentioned how running a music venue comes with a lot of expenses, and it’s nearly impossible to make enough money without being able to have in-person shows. Until everyone is vaccinated, stimulus checks from the government are essential in keeping these venues open.

Once everyone is vaccinated, the hope for many of these artists and venues is for the Chicago music scene to be back with the live music atmosphere that they’ve been longing for since the pandemic began.

“I’m excited to see the new collaborations, the new projects, and any new music, really,” said Maciel. “It was probably really hard to draw inspiration during this time, but if people take advantage of introspection and new opportunities, then it will just create more awesome music and hopefully good experiences that we’ll all be able to enjoy together.”