Podcasts Give a Moment to Pause 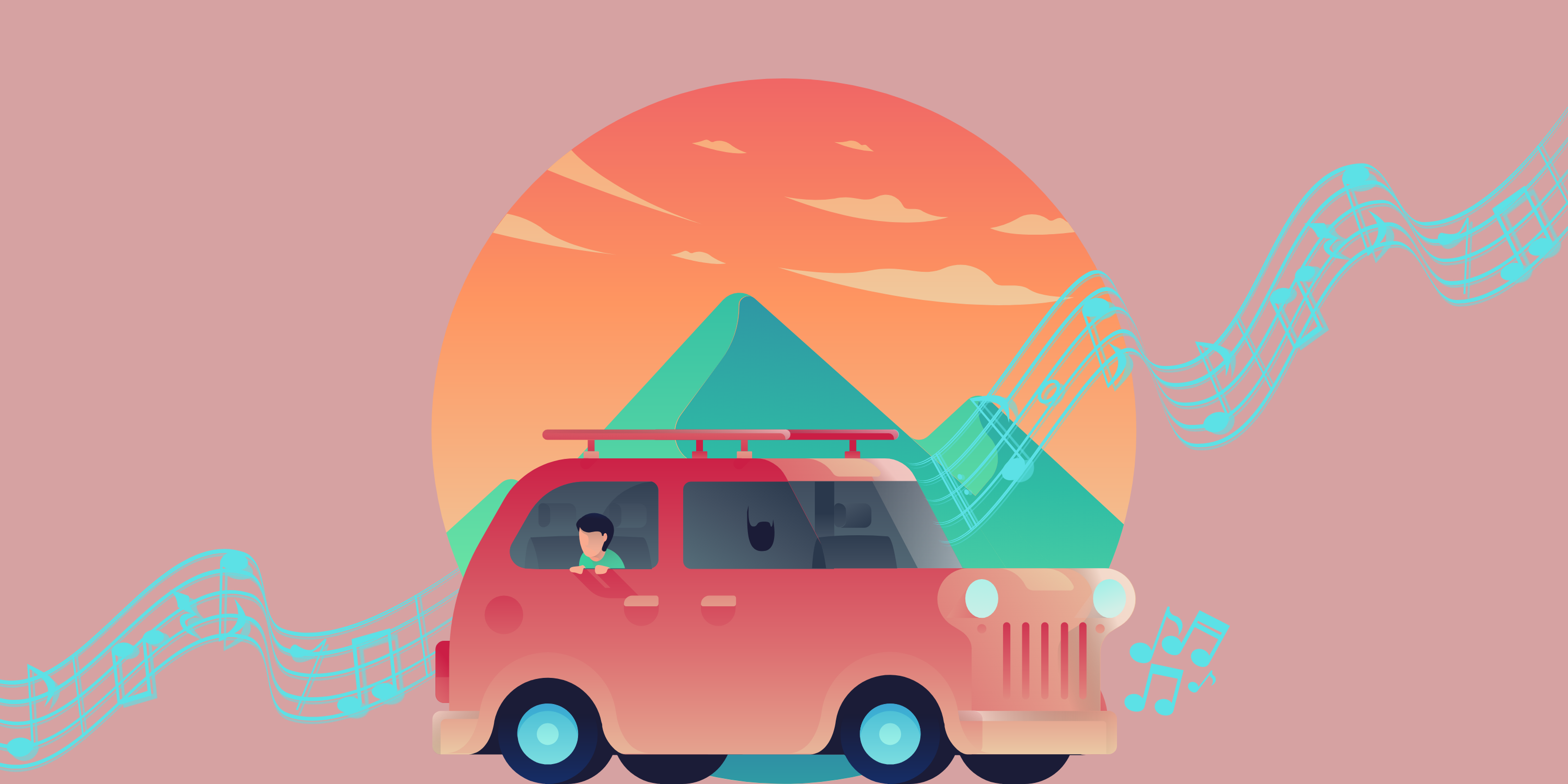 When I was younger, my parents and I would tune into NPR every Sunday on our drive home from the Hollywood Farmers Market. Through our speakers came the familiar sound of drums and keyboard, followed by a deep, satiny, perfect-for-radio voice informing us that we were listening to Wait Wait… Don’t Tell Me!, the NPR News Quiz. This voice belonged to Carl Kassel, and here was our host— Peeeeeeeeeeeter Sagal. I imagined Peter Sagal to look like Matthew Broderick circa Election, and it would not be until years later, through the advent of my iPod Touch, that I would discover Peter Sagal actually had no hair at all. Peter Sagal was the show’s amiable guide, introducing us to the week’s panel, who said a lingering hello when their name was called; he would say which celebrity would be stopping by later; and then he would get the show started with the first game — “Who’s Carl This Time?”

From there would ensue an hour of quick banter, even quicker jokes, jokes about things which, at that age, were just semi-familiar names like Hillary Clinton and Mitt Romney — both of whom were running for president at the time. Even though I didn’t understand the jokes, I still laughed at them. I liked the way these voices bickered with each other, took longer than necessary to answer little trivia questions; their speed and tenacity told me that this was what funny sounded like; that in order to be funny, you had to be well-versed in politics, pop culture… but still not take any of it too seriously.

Wait Wait…Don’t Tell Me! introduced me to the idea of having a weekly program to look forward to, which felt like an adult thing at that age. And when my parents and I laughed at the same out-of-context George Bush quote, it was our shared laughter that was the common denominator.

Radiolab was different, a serial that I had to wait to listen to every time my dad drove me to school. Jad Abumrad, the show’s co-host and producer, brought these stories to life through the rich, textural landscapes he created, fashioning with his use of sound sensory flickers, memories of strangers, and bodily sensations as indelible as a sneeze. He had the ability to inject a phone call with melancholy and suspense; manufacture the synaptic effect of slipping into a stroke; and sketch the euphoria of discovering language as a prelingually deaf person. The stories felt like wading into a swamp with the intention of going under to see the core breathing at the center.

I loved Radiolab’s ability to organize stories under a weekly theme word or phrase, stories that may have otherwise come across as somewhat disparate. One of the most poetic examples of this was the program titled “Falling,” which presented stories on a man falling from his roof, two people falling in love and a scientific study on falling asleep.

Listening to their show was a two-, three-part even, experience, doled out over car rides to school with my dad, roughly twenty-five minutes apiece. One story per ride. But if it was a morning when we happened to be finishing a story and happened to pull into the parking lot a few minutes early, we would stay in the car with the heater running, listening until the end credits. I’d get out of the car and my dad would continue his drive to work, and I’d like to think our heads were both swimming with the same shimmers of noise and story.

One story that I still think about was from the episode on Words. I love words. To me, they are choices we make in specificity, which affect how closely someone is able to relate to what we are trying to convey. The exact story I’m referring to was about a 27-year-old man who had been born without the ability to hear or speak, so he had no conception of words, that they even existed, that things had names. The woman who was working with him at the time tells of trying to find ways of communicating to him that words did exist, a vexing task indeed. The story’s climax comes when something clicks for the man, and in a revolutionary instant, he does understand, and is so overwhelmed by this discovery he is brought to tears. The show’s producers were faced with their own vexing, seemingly impossible even, task, of expressing this epiphany, which they achieved by stacking many audio clips of children’s voices saying simple words like “table” and “chair,” with swelling music underneath.

This is Radiolab’s superpower, as a radio show: its ability to become the moments it seeks to document; to momentarily embody people and their discoveries through sound. As a writer, I do not have the ability to enrich my stories with clusters of carefully pulled ambience, industrial symphony, or archival nostalgia; but I do know, from listening to Radiolab, what it feels like to tell a story. I’ll just have to make those sounds myself.