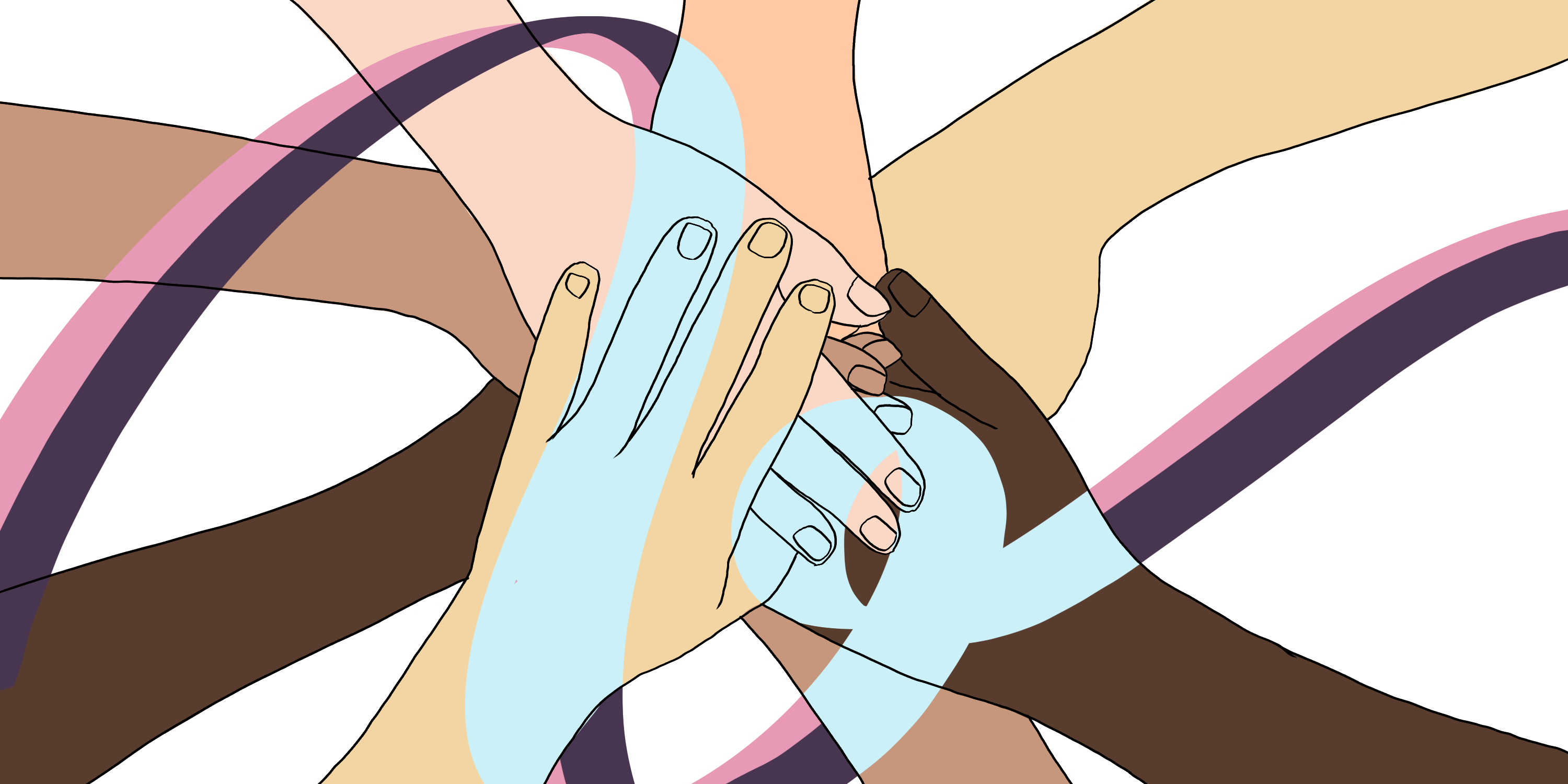 As millions of children spent this past Sunday with their moms, appreciating all that they do for them, some remained separated from their moms due to Illinois’ high incarceration rate of mothers.

On Saturday, Moms United Against Violence and Incarceration (MUAVI) held their eighth annual Mother’s Day Vigil to spread awareness and advocate for the release of mothers experiencing incarceration.

MUAVI holds events and fundraisers, such as the Mother’s Day vigil, to help provide resources to women’s correctional facilities, help moms transition to life post-incarceration and assist in reducing sentencing pre-trial for self-defense cases. They also help female inmates get clemency, a moderation to their sentence in hopes of a less severe punishment.

Holly Krig, co-founder and organizer for MUAVI, said that moms are more susceptible to being incarcerated than childless women because of their duty to provide for their children. Due to the cost of having to find child care support –– and a lack of effective governmental childcare support in many places ––  mothers are limited in the hours that they can work. In addition, mothers have more people to provide for, resulting in more monthly expenses with income being spread out more — making mothers more susceptible to experiencing poverty.

In 2016, the average annual salary for an incarcerated woman unable to make bond was $11,071 prior to arrest. This salary is often not sufficient to pay for safe housing, food, childcare and other regular expenses in the United States, hence, 80 percent of female inmates are moms.

“I think that we have to look at all of these institutional disparities, or forms of violence,” Krig said. “That [includes] the lack of affordable housing, just the decimation and divestment from communities, lack of healthcare, all kinds of material resources that any family needs to survive that had been taken from these targeted communities, and [in] predominantly Black communities.”

Krig went on to say people try their best to provide for their families, and that even those that don’t resort to criminal activity get punished.

“When people then attempt to survive those circumstances, or are struggling to do so because they don’t have the resources to do so — whether they’ve done something that is considered a criminalized act or not — they’re punished for that,” Krig continued.

An example that Krig used as a non-criminal punishment for those struggling against these institutional disparities is that “over 50 percent of child removals in the [Illinois Department of Children and Family Services] system are actually not allegations of abuse — they’re allegations of neglect. Which when investigated further really looks like poverty, it looks like the mother was not able to provide essential resources for her children because she simply did not have them.”

This leads people, like Krig, to believe that poverty caused by the state’s divestment leads to criminalization in either family or civil courts, that these circumstances are beyond the mothers’ control.

However, the conversation regarding the incarceration of moms does not stop there. There are several stories of moms who are incarcerated for the actions of someone else from the Law of Accountability, which insinuates that someone who is mildly involved in a major crime should be incriminated for the full offense. Erika Ray, a single mother and inmate at Logan Correctional Center, was handed a 42-year sentence for first-degree murder and armed robbery, when she claims she did not even know the murderer had a gun.

According to court documents, back in 2006 when the crime was committed, Ray was a student at Roosevelt University while also working part-time at Leona’s Restaurant in Hyde Park.

“She had been dealing with a boss who had been sexually harassing her and finally after many refusals at his attempts, he found cause to fire her,” Krig said.

The reason for termination was that a large party came into the restaurant, either 16 or 30 people as witnesses say different numbers, and Ray took the table. However, her boss Corey Ebenezer told Ray that she could not take it, as he thought she couldn’t handle it.

Ray then insisted on serving the entire table, as those in the service industry would know, the tip for a party of that size would be a huge bonus for a single mother like Ray, who was also working her way through her studies. Ebenezer then told Ray to go home, to which she refused and continued to serve the table.

After Ray’s refusal to leave, Ebenezer called Jason Sline, another manager, to come in. Sline discussed what happened with Ebenezer, Ray and the other servers. Ray was then offered the opportunity to transfer to a different Leona’s location, which she declined, resulting in her being fired.

Ray testified in the trial, not using her Fifth Amendment right to remain silent about her involvement. The document claims that Ray left the restaurant after being fired to pick her daughter up from her grandmother’s house. On the way to the grandmother’s house, Ray saw Paris Gosha, Ray’s cousin, and Gosha hopped in the car. When Ray told Gosha what happened he asked if Ray wanted him to beat up Ebenezer, to which the document reads that Ray said “yes.”

“About a minute later, [Ray] heard gunshots,” the document reads. “The four men then returned to her car, and [Paris] Gosha asked [Ray] to pop the trunk. She left the men at 53rd and Morgan, but did not say anything to them.”

“[Ray] denied receiving money from [Paris] Gosha or telling any of the men to rob or shoot Ebenezer,” the document continued. “[Ray] testified that she did not know that [Wilson] had a gun.”

The document reads that Ray said she only knew about plans to beat up Ebenezer, not to rob or kill him. But, according to the Law of Accountability she is just as guilty as Wilson, who fired the gun that killed Ebenezer.

“[The Law of Accountability] allows a person to be charged and convicted for a crime(s) by another person,” Colette Payne, director of the reclamation project at the Women’s Justice Institute, wrote in an email to 14 East. “How can I be accountable for another person’s actions? When creating this law did they think about cohesion? It is mainly Black and Brown folk who get charged with these crimes and [those who would rather not deal with the root causes of incarceration] want to see us all in cages.”

Currently there 11,900 women sentenced with murder convictions in the U.S, but Krig thinks that some of these women are being held with the Law of Accountability.

A well-known case is of Tondalao Hall, a mother in Oklahoma. Hall was a victim of domestic abuse by the father of her children and then-boyfriend, Robert Braxton. Braxton eventually beat two of their children to the point where one had multiple broken bones so, naturally, Hall took her kids to the doctor for treatment, which led to her arrest. Hall was sentenced to 30 years in prison for failing to protect her children from neglect, when Braxton, the abuser, was only sentenced to 10. Braxton was released after serving two years of his sentence, while Hall was released after 15 years. According to court transcripts, Hall was scared of Braxton and his abuse, which got in the way of her protecting her children.

This makes Krig believe that the justice system expects men to act this way, especially on behalf of women.

“It is as if to say, ‘we’re going to punish women for not magically avoiding, predicting or overcoming this violence that we’ve already normalized amongst men,’” Krig continued

. “That is the way that all of this sort of criminalization apparatus is contributing to this normalization of gender violence of saying ‘we accept this is going to happen’ but we have said that it is the job of women to somehow prevent it.”

The differences in the justice system between women and their male counterparts does not stop at sentencing, but continues into their treatment and disciplinary actions within the corrections system. According to NPR, women receive two to three times more disciplinary tickets than men. This is due to the nature of the prison system that was originally built tailored to men. According to Payne, the “women’s prison population has grown twice the pace of men,” making this current structure more and more noticeable.

“Women get written up for things all the time that are nonviolent, just ridiculous things, like one of them is aggressive eyeballing, like if a corrections officer thinks you are staring them down in some aggressive way, they will write you up for that,” Krig said.

Krig continued to say that there are other rules that make it difficult for women to transition to life in prison, such as creating their own make-up or sharing certain items.

When an inmate is up for clemency, or a review of their sentence, often these disciplinary records are taken into account. This is why Krig thinks many women, such as Laytona Dextra are denied their clemency petition.

Dextra was sentenced to 28 years in prison for murder; however, Krig said that this was also due to the Law of Accountability. Dextra was working at a dollar store when her boyfriend wanted to rob the store. According to Krig, the boyfriend was abusive to Dextra so she eventually consented to assisting him, and while she did not call the police when the robbery was happening, she did call after the fact. During the robbery, a murder took place, which led to her murder conviction.

“The fact that she reacted badly to being sent to prison basically was used against her in being released,” Krig said. “Institutional records weigh very heavily in the decisions made when releasing people –– as if she’s going to be released going around aggressive eyeballing people on the streets, and that’s going to be a danger.”

Going forward Krig said that she does not want prison reform to fix these issues as she thinks every piece of reform she sees “becomes a kind of insidious defense and expansion of the system.” She cited that the prevalence of mental health issues in prison resulted in the Illinois Department of Corrections creating a mental health unit inside the prison — instead of changing the living conditions within the prison.

On the other hand, Payne thinks that small reforms could be helpful, especially with low-level crimes.

“As it relates to low-level offenses, women can still be in the community and not be separated from their children and loved ones who they care for,” Payne wrote. “If a person needs drug treatment or mental health stability, the jail or prison shouldn’t be the provider.”