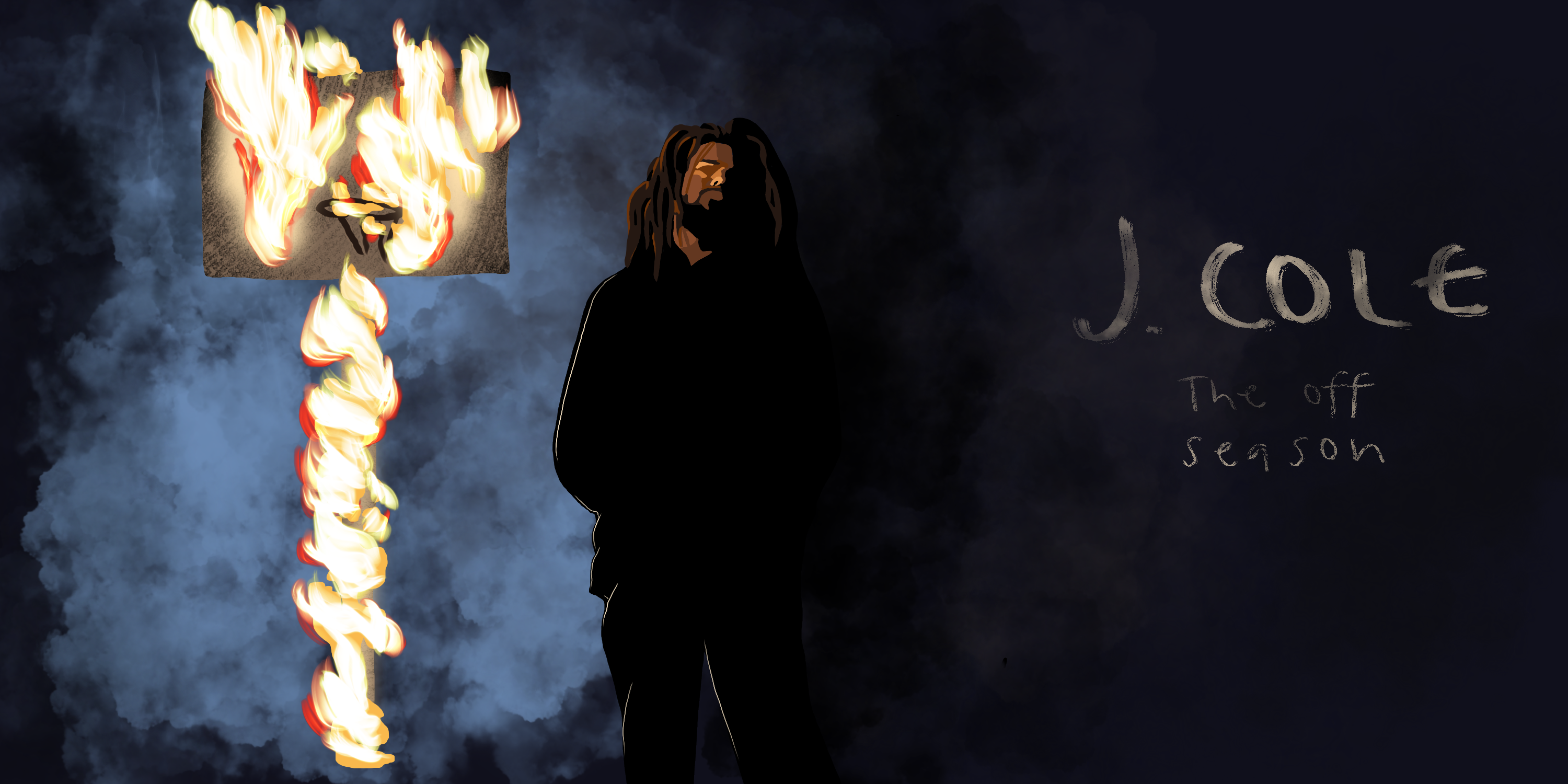 Before Jermaine Cole was known as one of the best lyricists of our time, he had dreams of being a basketball star. Just this week, Cole made his pro basketball debut with the Rwanda Patriots Basketball Club, scoring three points and securing three rebounds. Cole knows his way around the court. However, Cole not only plays ball on the court, he also plays ball in the studio.

In his documentary, Applying Pressure: The Off Season, he discusses how the key to basketball is putting in the effort to hone your skills, rather than trying to be someone you’re not.

“At this point I’m 21 years old, ya know 22, and people will be like ‘why didn’t you make it in basketball? Because you wasn’t f––––n’ working. We thought you’d be outside dribblin’ the f––––n’ ball doing something, but really n****s was in the gym with trainers putting in work, shooting 1,000 shots a day and dumbass over there thinkin’ he’s doing something mimicking Iverson.’”

In his discography, Cole moves around the court of music with precision and skill, shooting three-pointers on the track and showing the opposing teams why he has earned his spot as one of the top players. For Cole, his latest album, The Off Season, is the precursor to his retirement game, which Cole teased as being titled The Fall Off.

Cole gets honest on this album and highlights the problems he’s had in the industry with big players, namely Diddy, on the track “Let Go My Hand.” He addresses an altercation that occurred between the two.

“But sometimes a n**** pulled my card, tryna expose me for a fraud/And with my reputation at stake, I was scufflin’ just to save face,” he raps. “Couple wins, couple losses/Some broken up too quick to call it/My last scrap was with Puff Daddy, who would’ve thought it?/I bought that n***** album in seventh grade and played it so much/You would’ve thought my favorite rapper was Puff/Back then I ain’t know s––t, now I know too much.”

Cole’s wordplay comes at you quickly throughout the tracks, giving the competition some ankle breakers, especially on the 21 Savage-featured track, “My Life.”

“Me, I was startin’ to envy, wanna be on the top where it’s plenty/Wanna be in the spot like where every b–––h want me like Rihanna droppin’ new Fenty,” Cole explains. Dizzying orchestral vocals weave between fast hi-hats and claps while Cole details his come-up in the industry.

Cole’s braggadocious stamina slows down on the soulful “Punchin’ the Clock.” He talks about the horrors he experienced while trying to make it in the rap industry. “Ran in the crib and played it off amongst the family/Nightmare scenes, the police finally apprehended me/Woke up screamin’, seen a demon had his hand on me/Still sport the scar on my arm from where he branded me”

According to J.Cole’s cryptic Instagram post, before the final installment with The Fall Off, we’ll be getting the album It’s a Boy — in all likelihood a reference to his child. Cole will probably be delving into his experiences with fatherhood which is something that he has kept quiet about for awhile. In the meantime, we have the first installment of The Fall Off era so it will be interesting to see what Cole brings next to the industry.

If The Fall Off is the last we will see of J. Cole, then The Off Season serves as a reminder why he will be missed. The Off Season acts as a reflection of Cole’s career with the same ingenious lyricism that fans flock to him for. A sign of Cole’s maturing career, The Off Season shows Cole’s ability to be a team player and finally reject the fan meme of going platinum with no features. 21 Savage, Lil Baby and Cam’ron all lend their signature styles to tracks on The Off Season, and the production goes for an old-school aesthetic peppered with soul samples. Frankly, this can be a bit dated for anyone who is looking for something unexpected from Cole.

At this point, we know Cole can dunk the ball when it comes to bars, but in terms of innovation, Cole is lackluster. Cole has never gotten experimental with his craft. We can expect a soul sample with hi-hats to match, but he has never really surprised listeners with what he has to offer. J. Cole’s legendary influences, such as Jay Z, who established himself as a bar master, still shook up the industry with an experimental collaboration with rock group Linkin Park with “Collision Course.”

Showing versatility cements yourself as a legend, and Cole hasn’t shown us that side yet.

As a person, Cole displays growth in terms of his maturity and time in the industry, but sonically he still gives us what we already know he has. For J. Cole fans, this album is another buzzer beater for the win, but for anyone who isn’t into rap for the technicalities then the rapper leaves much to be desired.

J. Cole, review, The Off Season