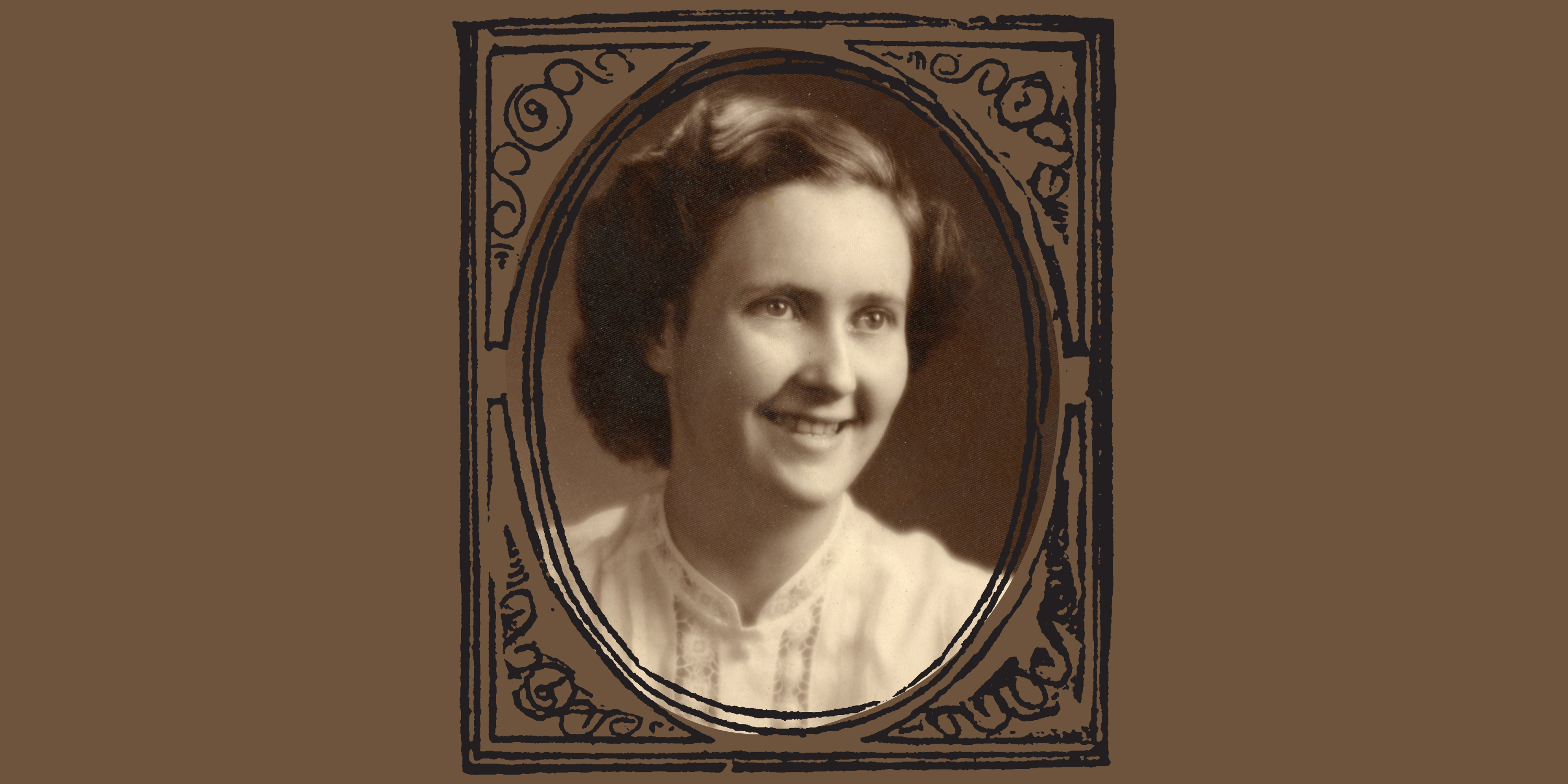 This piece was performed at 14 East’s annual storytelling event, 14 East Live: Adaptation. Video from the event of a reading of this piece by the author will be added following the event!

About a week ago, my grandma, Betty Myers, celebrated her 90th birthday. A few things about my grandma: she has lived in Springfield, Illinois, her whole life; barely comes up to my shoulder (I’m 5’9”) and makes the best “chilli” (spelled with two “L”s in Springfield) out of anyone I now — which is a big deal in Springfield because that city loves its chilli.

Out of all the positive things I can say about her, the thing that stands out the most is the resilience she has maintained over the nine decades of her life and her ability to adapt. My grandma lived through most every major historical event of the 20th century, including WWII, JFK’s assassination and the rise of the internet.

Though, it wasn’t always easy.

In 1931, when my grandma was born, Springfield, America and the world were still fighting the effects of the Great Depression. My grandma’s family was no exception. 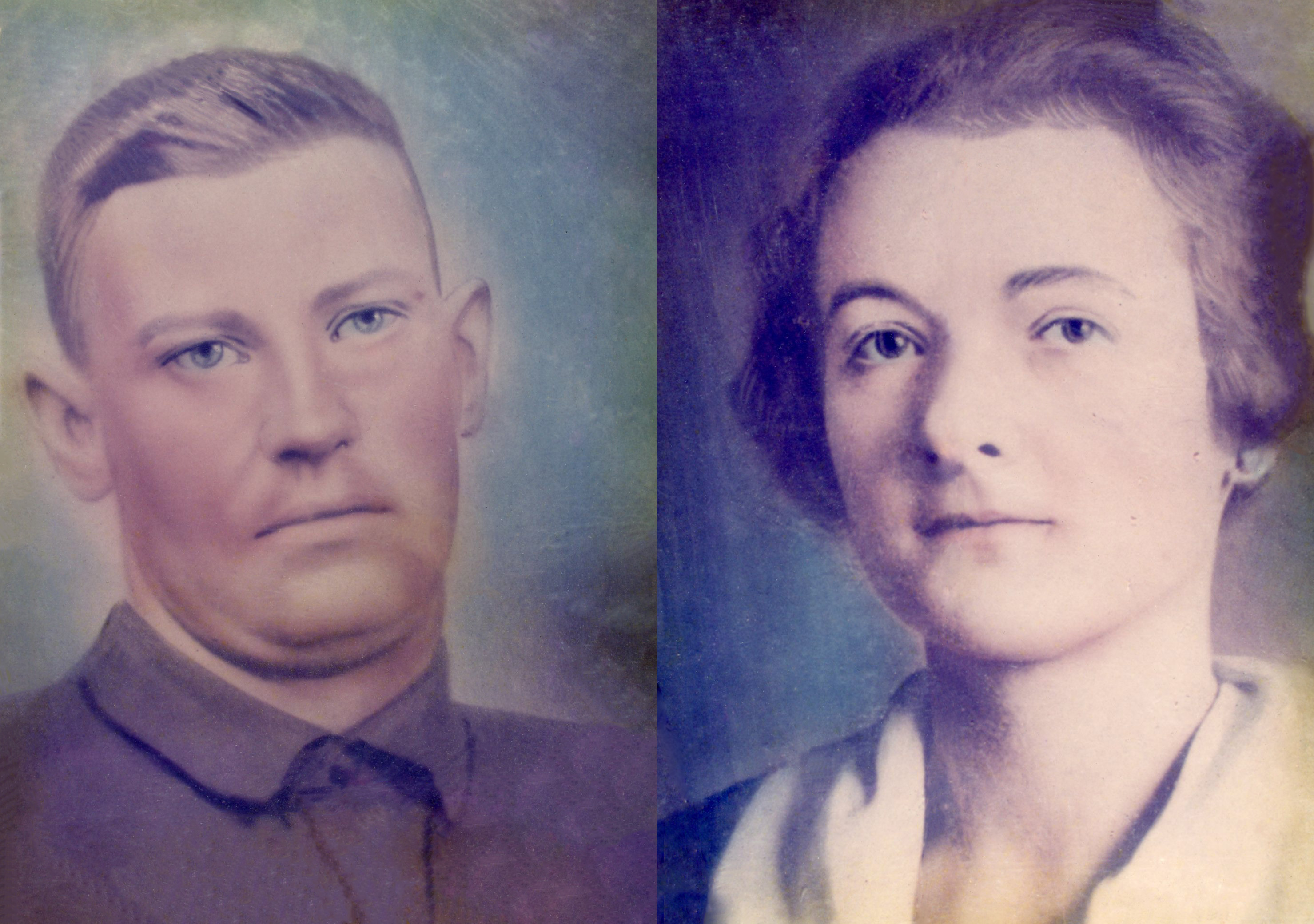 Her father, Earl Beekman, was the son of a Pennsylvania Dutch-speaking Quaker. Above is a picture of him and his wife, Texie Beekman. He’s my age in this photo. The picture was taken after his return home from being stationed in the trenches of the Argonne Forest during World War I.

Earl came back with a physical impairment that left him unable to do most work. However, he made do with odd jobs such as assisting with carrying construction supplies on build sites to driving the Zamboni in the figure skating tent at the Illinois State Fair, allowing Texie to stay at home and take care of their house and family.

Now, despite having a family and shelter, the concept of “home” didn’t really exist for much of my grandma’s childhood, at least not as it related to a physical space. Like I said, the effects of the Depression were still in full swing. Neighbors helped each other to share food and home gardens gave nourishment, but my grandma likened most of the family’s residences as being nothing more than shacks where the elements would creep in through cracks, creating a cold and damp environment.

In 1941, the John Hay Homes, a public housing project, were completed in Springfield. At the time they opened, the Hays Homes were modern residences giving families safety and comfort. Moving into the Hays Homes was the first place my grandma could truly call a home. 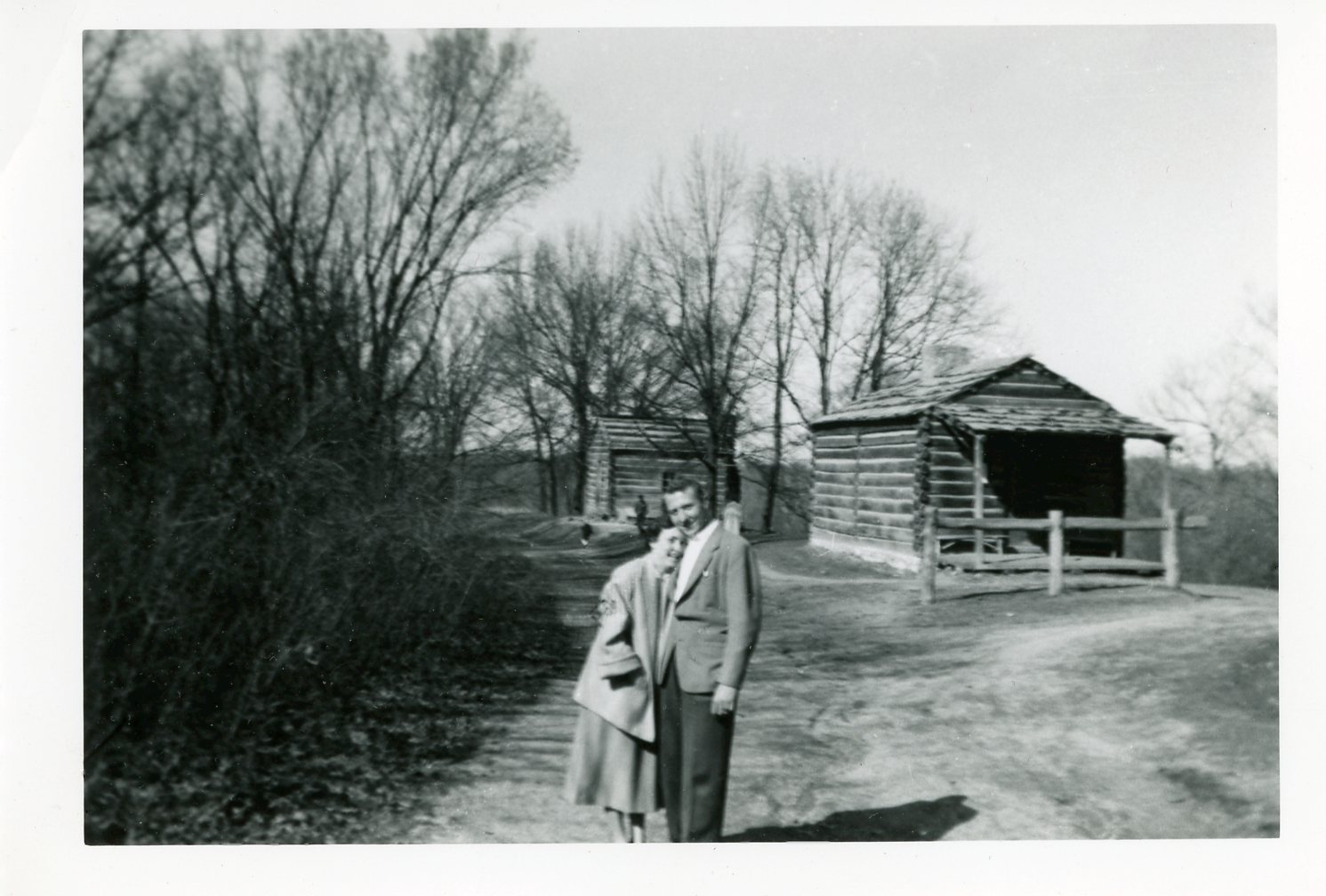 As the Beekmans got settled into their new home, life as they knew it would be shaken up as the U.S. entered World War II, instating strict rationing laws and watching its citizens get shipped off to war. At Lanphier High School, where my grandma (and myself) graduated from, that manifested itself through fashion. Bell bottoms from the Navy and military caps from other branches permeated into the fashion sense of boys.

For girls, war rationing meant the inconvenient task of waiting in long lines for nylon hosiery — if they didn’t run out before they got to you  —  but it also gave liberation. The entrance of women into factories to produce supplies for the war made it possible for my grandma to wear pants, which gave her new freedom when moving about life.

My grandma’s options after high school didn’t share the same kind of mobility. At the time, college was a luxury only available to a select few. She, along with most of her classmates, was not among those who were afforded that privilege, though she would have jumped at the opportunity to have gone to college to become a missionary or teacher.

Instead, as with most of her life, she adapted to what she had been given in life. A family from her church offered her a job at a Christian supply warehouse in downtown Springfield, where she worked alone as the building manager. She served as a seamstress, returned to Lanphier High School to work as a lunch lady and had a long-lasting career in hospital room service at Memorial Medical Center — and she looks back on it and sees a life well lived, not one of failure. 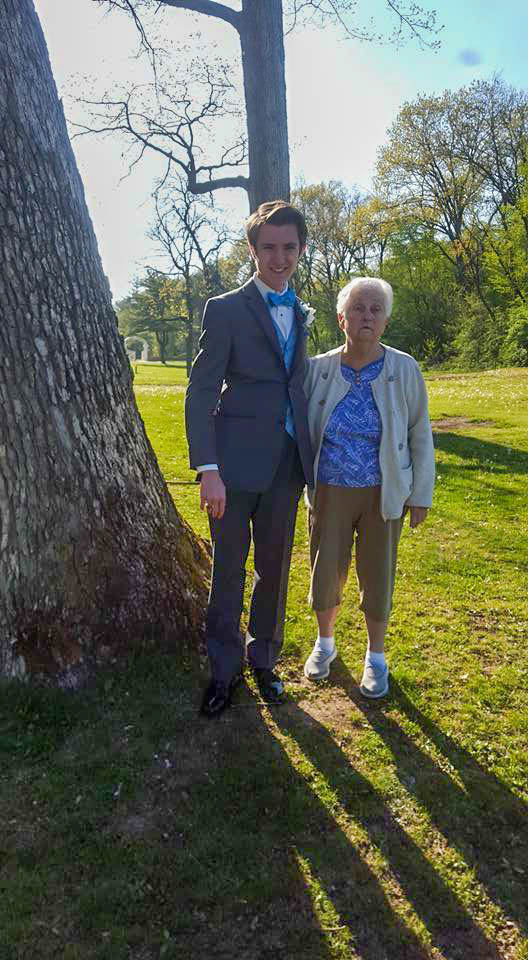 Justin and his Grandma in 2016 (photo courtesy of Justin Myers)

This past year, many of us were faced with events and circumstances beyond our control that radically changed the lives of not just a few but most of us. COVID-19 tore apart life as we knew it, forcing us to adapt to a drastically different version of the world.

For her, being quarantined at home meant learning how to video chat with her doctor and getting used to turning off her lights with her Amazon Echo — two things she never imagined when she was younger.

My grandma has never stopped adapting, and she taught me that adaptation is just another part of life. Things may not always go as perfect, but that doesn’t always matter, so long as you can be resilient.