Moving Forward While Floating In Space

Moving Forward While Floating In Space 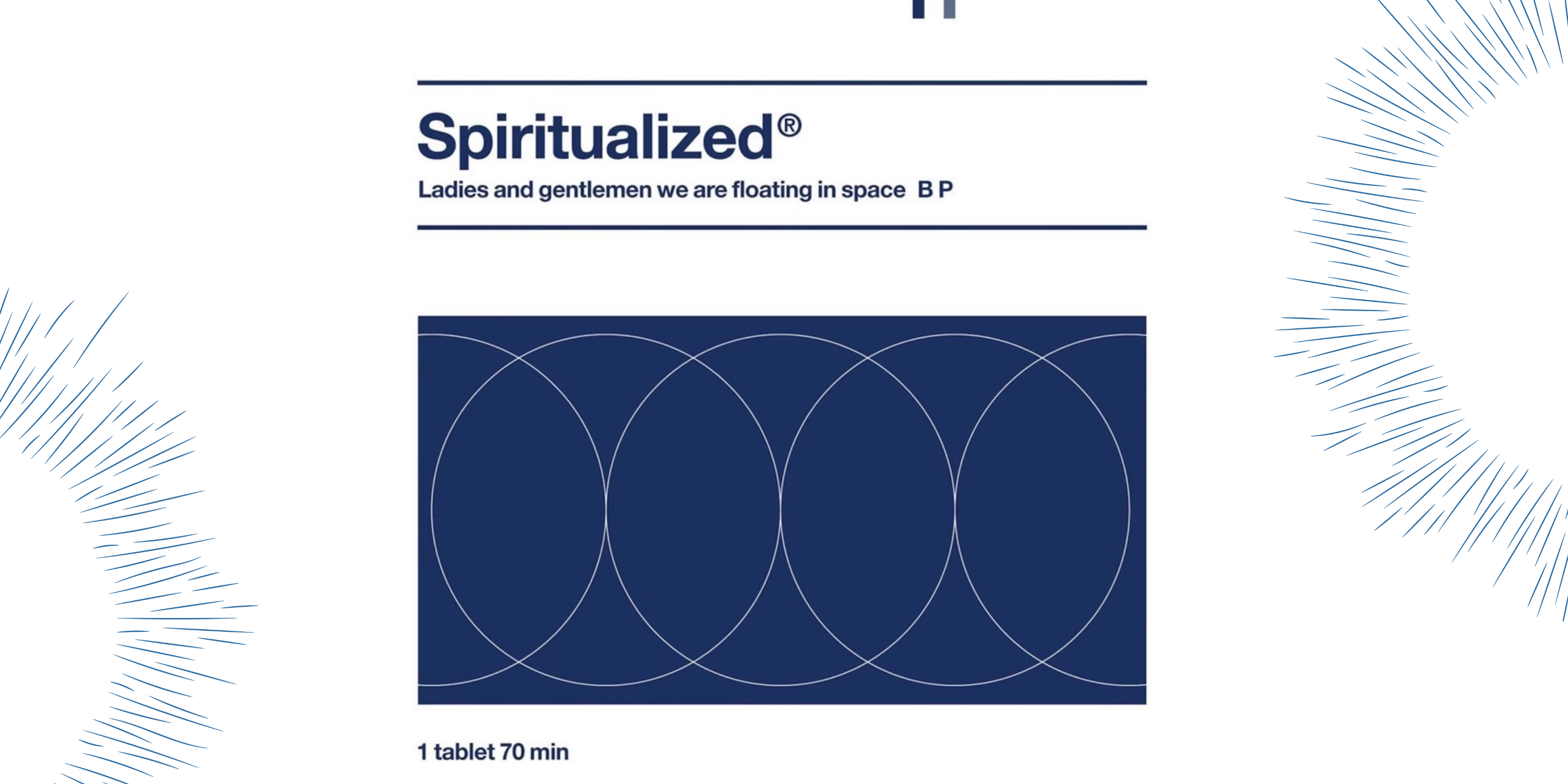 To survive, teenagers find music. They relate to lyrics of alienation and longing because they’re teenagers, caught between innocence and responsibility. I know because I was a teenager with (Capital Letters) BIG Emotions: pain, misunderstanding, restlessness, hope. I don’t want to downplay any of these feelings. Teenagers and their feelings are often the butts of our embarrasssed adult jokes, but those feelings were legitimate and they happened. Music with big emotions got me through those years. Coming back to it was as awkward and chaotic as my memories of those times are.

One album that was incredibly important to me when I was sixteen was Spiritualized’s 1997 hit record Ladies and Gentlemen We Are Floating In Space. It was the kind of record that I didn’t really tell anyone about or show my friends; it was the intimate soundtrack to me getting my heart busted for the first time. Plus, it was niche: the songs are either too slow-paced and vulnerable or too noisy and wild to comfortably be played around others. That music is necessary, a  private sanctuary where you can let your pain cast whatever shadows it must.

I don’t want to spend time on what led to these Big Emotions. That had its own soundtrack. There were other break-up albums, songs and melodies that I attached myself to. When your heart is busted, everything tends to become a mirror of your sadness. What’s interesting about Ladies and Gentlemen We Are Floating In Space is that its music is so dynamic and strange. Unlike other albums, I don’t like to listen back to it because it makes me feel not anything towards a particular person but a general sense of anxiety and instability that I attached to it all those years ago.

It was the first track I connected with most. It’s a song about denial within the context of the whole album. At the beginning, it’s a straightforward love song sampling one of the most iconic ballads ever : Elvis Presley’s ‘Can’t Help Falling In Love With You.’ The sense of helplessness to one’s feelings immerses the whole album. You wouldn’t know it during the beautiful opener. It feels gigantic: strings, gospel choirs, layered vocals. Lyrics that declare, “I will love you until I die / and I will love you all the time.” Like, damn. To start an album off with this, then crash into despair on the subsequent songs is so cruel and realistic.

The second track tells us of someone who’s “sad and f*cked” and suffering from addiction. For context, Spiritualized’s frontman, Jason Pierce, was previously a member of the band Spaceman 3. With album titles like ‘The Perfect Prescription’, Spaceman 3’s songwriting constantly explored drug use with a sense of play and experimentation. The songs on Ladies and Gentlemen We Are Floating In Space reckons with this through its messy instrumentals and desperate lyrics; even the album cover riffs off of pill bottles.

If the cover is to be trusted and these songs are meant to be a kind of medicine, then it was spot-on effective for me. They helped me through a time of turmoil by giving me musical tumult. I felt stuck yet scattered everywhere at once. A break-up album wasn’t going to put me back together but it showed me that I was not alone in my Big Emotions. And like a prescription, once you’re cured of the ailment, you probably shouldn’t take it anymore.

I thought that, by coming back to this album to write about it, I might learn something about myself, about how far I’ve come, this that and the third. None of that happened, though the music did have a powerful effect. I felt off-balance. Getting out of bed was as hard and uncertain as when I first needed that album. Suddenly, I was overwhelmed with Big Emotions that weren’t connected to anything other than the music.

The uncertainty is something perfectly expressed in the song ‘I Think I’m In Love.’  The ‘I think’ is important here: for every line that declares a new possible identifier for the speaker: ‘I think I’m in love,’ ‘I think I can fly,’ ‘I think I’m on fire,’ there’s a line to dismiss it: ‘probably just hungry,’ ‘probably just falling’, ‘probably just smoking.’ The instrumentals keeps building with tension, to what the listener isn’t sure of. The speaker and the listener are unsure of everything.  Only that things are getting noisier and noisier, whether to come together, or fall apart.

What I felt wasn’t heartbreak, but the ruin of it leftover. What stuck with me years later that had nothing to do with a person and entirely to do with what heartbreak reveals: oil spilling from the ground after an earthquake. It’s hard to write about because there was no face or memory colliding back to me, only this sense of instability.

Every song on Ladies and Gentlemen We Are Floating In Space brims with intensity. They combine hectic noise with ambient tones to find the listener somewhere in the middle. These songs are psychedelic in a way that isn’t as breezy as its calmer moments might have you think — a real confrontation with the subtleties of Big Emotions.

If I learned anything by coming back to this album, it’s that it deserves my respect. More so I have to respect that time in my life that I so often blew off as sulky and arrogant, replaying the song “Broken Heart” in my bedroom. The heart, like music, is something that does not exist linearly. It moves in ways that we, or at least I, will never fully understand, difficult as this may be. Through it we change and hopefully grow to be more understanding people or partners or listeners of others.

To paraphrase Jason Pierce on the closing song “Cop Shoot Cop…,” to accept the power of music, and the messy powers of the heart, is to believe that one has to be reborn, no matter what’s on the other end. For me, it was an adulthood that doesn’t come back to Spiritualized’s hit break-up album too often but is indebted to how it helped me move forward.

14 East Live, adulthood, Ladies and Gentlemen We are Floating in Space, Spiritualized, teenagehood