OPINION: The History of Antisemitism and the Need ...

A Softer Look in the Mirror

OPINION: The History of Antisemitism and the Need for Jewish Solidarity 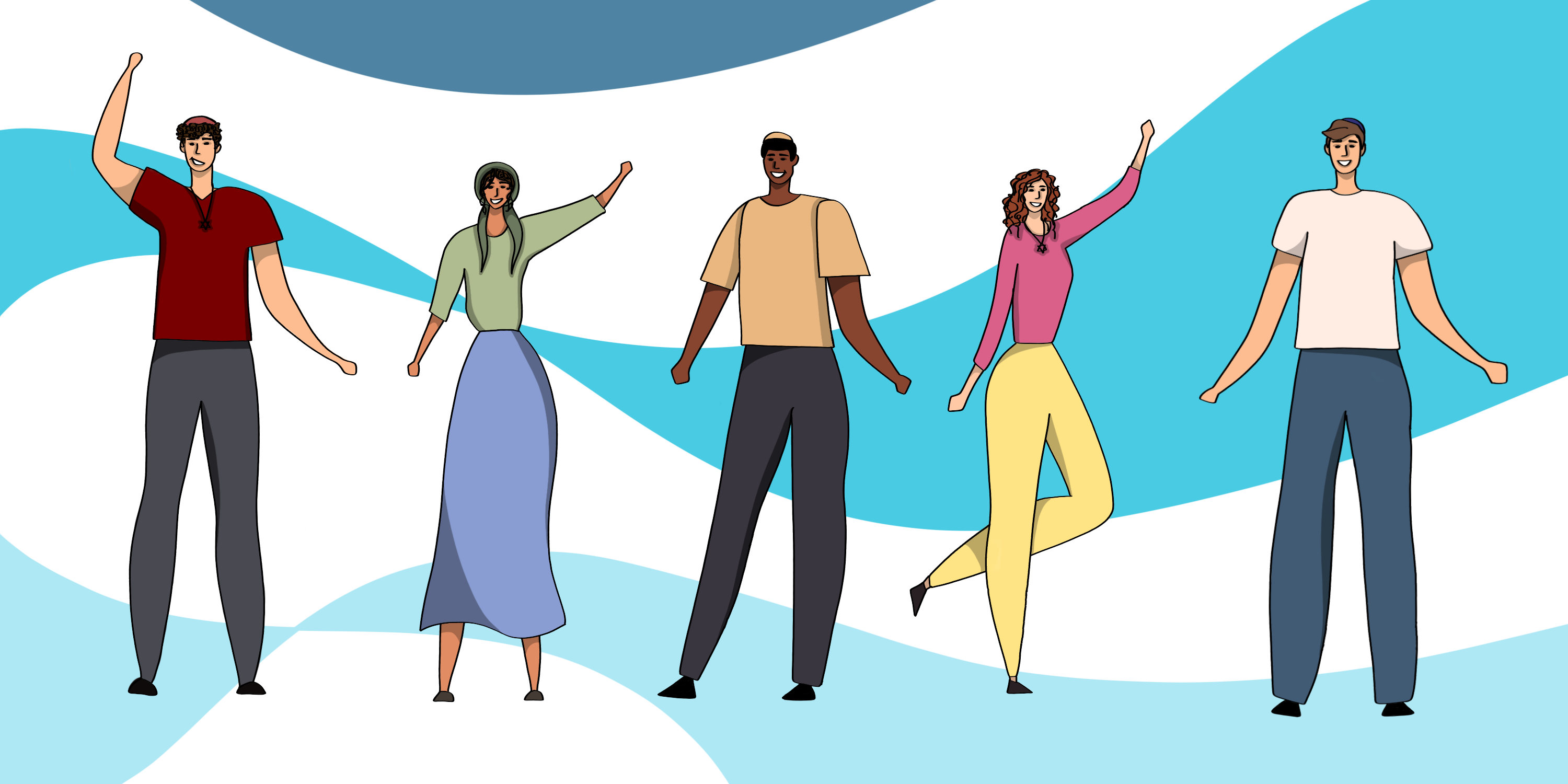 “We are a fighting people, we are a people of liberation and of struggle, we are a deeply revolutionary people…”

Antisemitism was on display the first week of 2021 when white supremacists stormed the capitol decorated with far-right and Nazi imagery.

“There’s no shame, they want you to know who they are,” Matthew Charnay, the DePaul University Jewish Life and Interfaith coordinator said. “We are entering a new emboldened era of antisemitism.”

“The idea that Jews are puppeteering the world is based on this false document called the Elders of Zion,” Goldstein said, “created to make everyone think Jews were a group of rabbis planning all the bad things that happened in the world. People believe that it is very very real.”

The version of The Protocols of the Elders of Zion around today was written in 1903. Hitler used this document to perpetuate conspiracies and influence the Nazi Party.

The U.S. Holocaust Memorial Museum stated on its website that “the internet has made it easy to use The Protocols to spread hatred of Jews.”

The 2019 FBI Hate Crime Statistics report stated 60.2 percent of all religious-based hate crimes were against Jewish people. Jewish people only make up around two percent of the U.S. population.

Ben Muencz, a DePaul sophomore, said he feels people in the U.S. don’t take antisemitism as seriously as they should.

“Maybe it doesn’t hit us in America because white people in society are given a lot of opportunities that other individuals in our country aren’t,” Muencz said. “But there is a huge issue with antisemitism everywhere and there’s no response.”

Because Judaism is both a religion and an ethnicity, some Jews who are considered white by modern understandings of race do not feel comfortable discussing antisemitism in social justice communities, Goldstein said.

“A lot of people think we don’t have a right to complain or don’t have anything to add to the conversation, but also Jews weren’t considered white until the late 80s,” Goldstein said. “It’s difficult because sometimes, in [politically] leftist communities, you don’t know how Jewish you’re allowed to be. That in and of itself can take a lot of emotional energy and can be very painful as well.”

Many Jewish people who are white have sought assimilation due to great amounts of discrimination, through which they have acquired white privilege, Stephanie Skora, the associate executive director of Brave Space Alliance, said.

“If I’m not going to get killed by a cop for the color of my skin, then I’m white,” Skora said. “For white Jews, in particular, it is incumbent upon us to realize how recent that whiteness is, and how active and still ongoing our assimilation is. That means we can fight back against it very actively. We can de-assimilate Judaism. We do not have to align with the interest of whiteness, and with the interests of white supremacy.”

Michael Adato, a former DePaul student who graduated in March, said it can be difficult to navigate the intersection between being Jewish and also understanding the privilege of being white in the U.S.

“There’s no category for us,” Adato said. “We’re too Jewish to be white and we are too white to be considered a minority group so we’re in this weird gray area where we are white-passing which gives us privilege, but we are still Jewish and that gives us antisemitism.”

Charnay said antisemitism works in different ways than other forms of oppression.

“Antisemitism isn’t designed to keep Jews from succeeding,” Charnay said. “It works in a different way in which it holds up Jews as being the ones responsible for various things. It is crucial to understand that part.”

Adato agrees. He said because Jewish people are portrayed as rich and powerful, people see certain antisemitic acts and microaggressions as punching up rather than breaking down a marginalized group.

“This is why it becomes political,” Adato said. “It is easy to say, ‘I’m not hating on the downtrodden. They’ve got money so they don’t need protection.’ That is just flat out false, but because we are portrayed as some sort of elite, we don’t count when it comes to social justice. We are just as much of a minority as any other and struggling with discrimination in our way just like many other groups.”

“Our approach at Chabad was given to us by the leader of the movement, Rabbi Schneerson, the Lubavitcher Rebbe, and his approach was that a little bit of light can push away a lot of darkness,” Benhiyoun said. “We shouldn’t see our small, good deeds as insignificant. Our small, good deeds we do to improve our own communities have a ripple effect that can change the world.”

Similarly, Adato said through organizations such as DePaul Hillel and the Alpha Epsilon Pi (AEPi) fraternity, the Jewish community works to uplift voices of Latinx Jews, LGBTQ+ Jews, Black Jews and other identities, as well as show support for what is happening outside of the community.

“We believe in, and I can be confident in saying this, calling out racism when we see it,” Adato said. “We understand that at least one small step in solidarity, the first step, is speaking out and saying we stand with you. At Hillel we have Jewish students and staff of different racial backgrounds talk about what it means to be a Jew of color in today’s world.”

Skora said Jewish people and other marginalized groups should strive to support each other.

“We should rise up and stand in solidarity with Black, Brown and Indigenous people in this country and everywhere because our interests are aligned with theirs,” Skora said. “White supremacy doesn’t want us. The white supremacists don’t consider us white no matter how assimilated we are.”

Adato said Jewish people want others to stand up for them against antisemitism as they do their best to stand up for other marginalized folks. He said being allies for other groups and working towards a better world is a core tradition in the Jewish culture.

For Skora, Judaism is an integral part of her identity and her organizing and activism work.

“I can’t separate my identity as a Jew and my being as a Jew from my being as a trans person, my being as a lesbian, my being as a multiply marginalized person more broadly,” Skora said. “I think we all have to bring ourselves into the organizing and the activism that we do. I can’t organize outside of being a Jew anymore than I can stop breathing.”

Goldstein said their Jewish culture and identity is more important than anything else because of how much the Jewish people have survived over thousands of years.

“That is a massive part of the pride and the joy in being Jewish,” Goldstein said. “It reminds you how sweet life is because of how many times it was almost taken away from us.”

Muencz said being Jewish is one of the most beautiful things in the world.

“We are small, which makes us special,” Muencz said. “The beauty of Judaism is that we are so strong, and we are such a community.”

The Jewish people have an ancient, shared history that is something to be proud of, Skora said.

“We are a fighting people, we are a people of liberation and of struggle, we are a deeply revolutionary people,” Skora said. “We have managed to keep our religious and cultural traditions alive and change them as we go for nearly 6,000 years. That is something that not a lot of people can say.”

One way non-Jewish people can support the Jewish community is by recognizing the diversity within the community, said Skora.

“Jews are as diverse a population as any. There are Jews of every nationality, of every race, of every gender and sexuality, of every class,” Skora said. “The best way to be a better accomplice for Jews is to realize and support all the different kinds of Judaism that there are.”

Skora also said she wants to see non-Jewish people stand up for the Jewish community through actively calling out blatant antisemitism when they see it.

Charnay said only when non-Jews stand up and speak out will change truly begin to happen.

“There are only 14 million Jews in the world,” Charnay said. “We are screaming into the void, but it isn’t going to stop until other people scream back.”