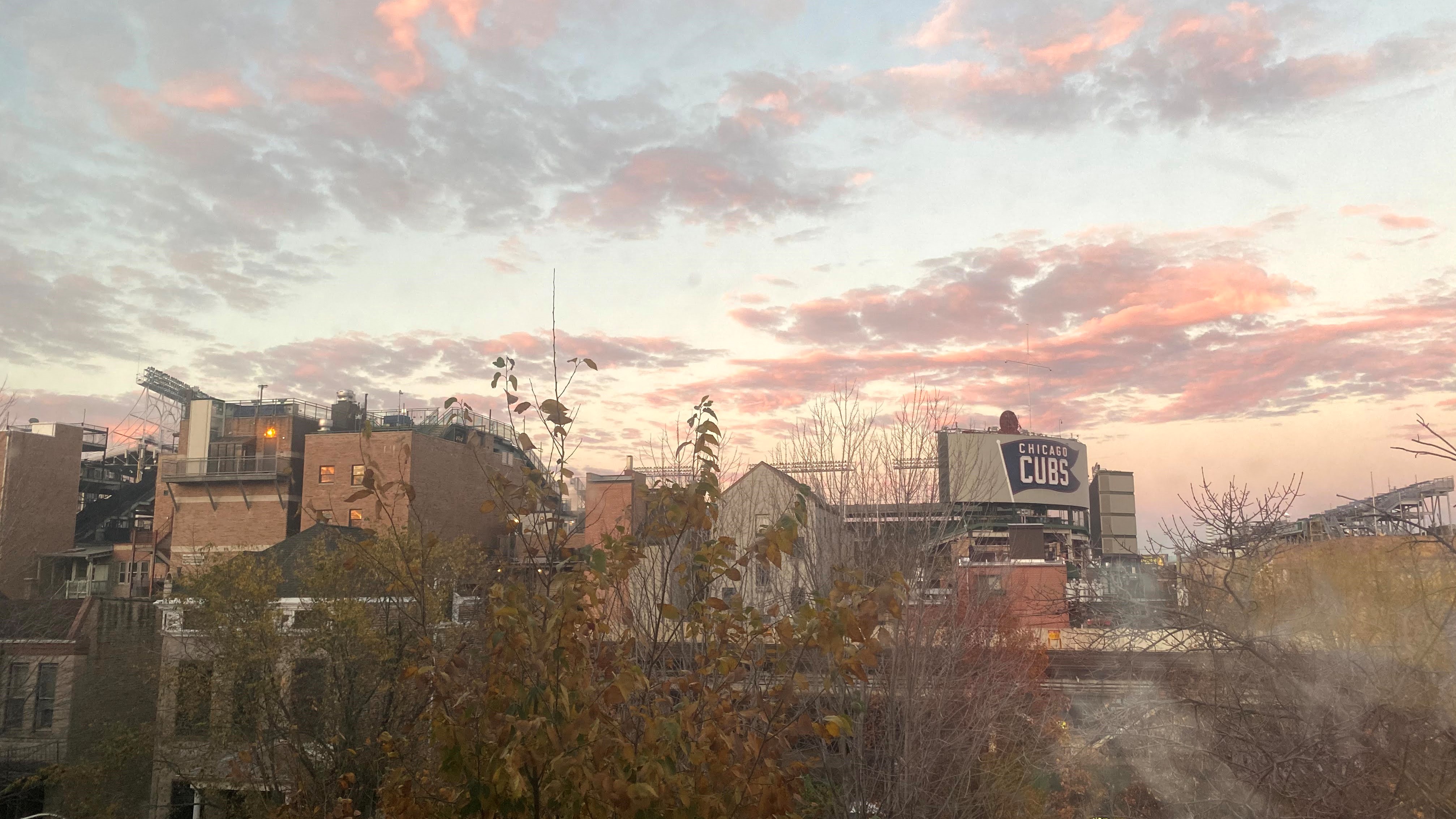 I could hear it all: my city, my home and my heart.

It’s a cold evening in May; I’m sitting on the floor of my mother’s basement, cuddled up in a blanket, writing, as I usually spend most of my nights. Surrounded by trinkets and relics and stuffed animals from my childhood, various library books and boxes of my kitchen things and my holiday decorations and my piles of clothes that I’ve yet to unpack, the silence is loud, save for the low hum of the air ducts.

Five months ago, it was a cold evening in March. I was sitting on the floor of my apartment, staring out the third floor window at Wrigley Field, watching  the stadium lights flood into my space, illuminating places where I didn’t have the lights on. I was surrounded by more library books, my kitten Pippen, cat toys strewn throughout the living room and the gentle lilt and warped vinyl sound of Prokofiev’s Romeo & Juliet coming through my speakers. I could hear it all: my city, my home and my heart. 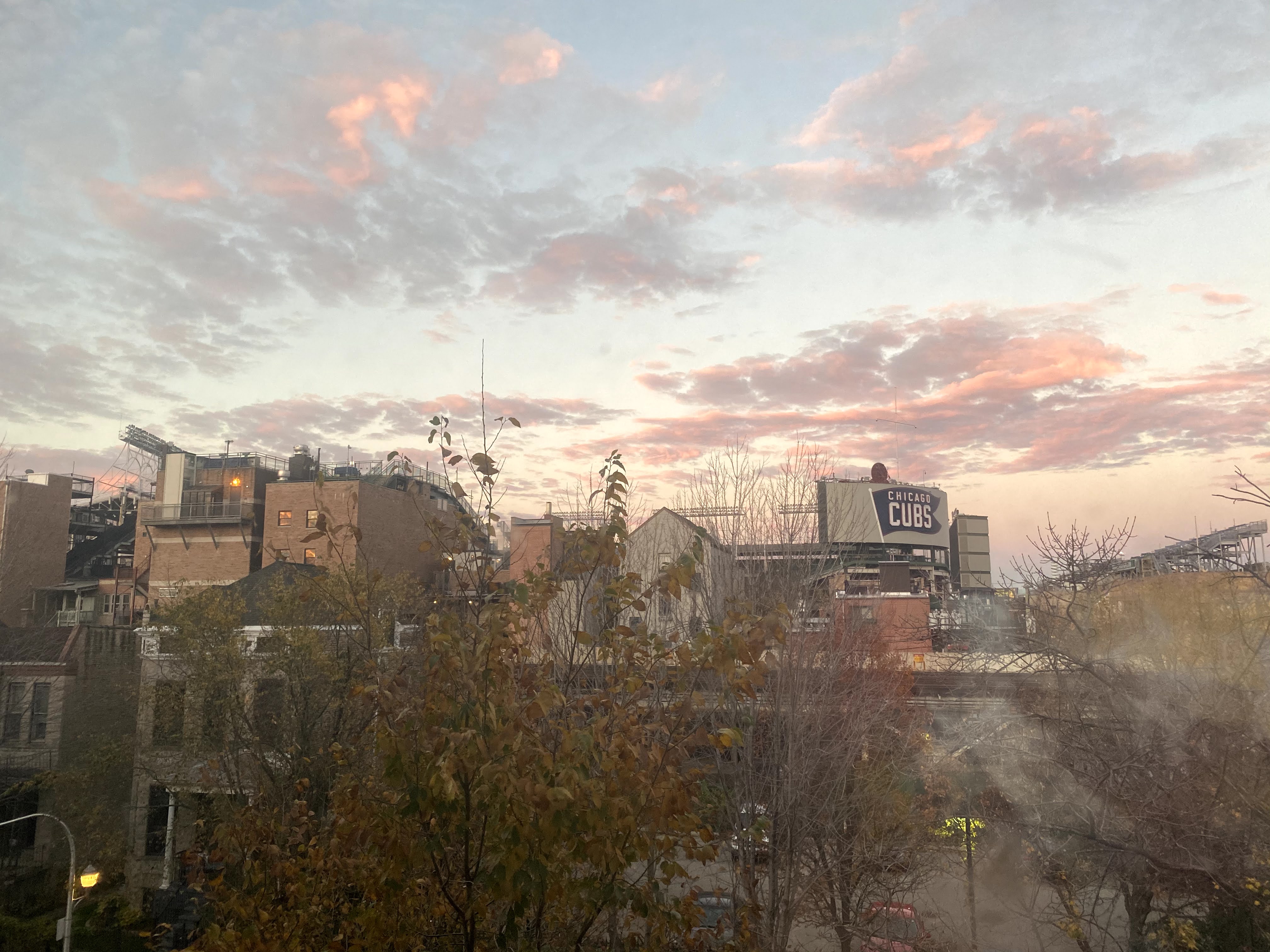 The view outside the author’s former bedroom window. (Maddi Smith)

It’s been a few months since I moved out of my first apartment, my first place that was completely and totally mine. I moved everything back into my childhood home and stuffed my apartment into my mother’s finished basement. I didn’t know what I’d feel, if I’d be happy to be living with my sisters again, to be catching up with all I’d missed from their lives, if I’d be angry that I lost my childhood bedroom upstairs to one of those sisters — I was angry, and if we’re honest, I’m still a little angry —  or if I’d be nostalgic for a past that was becoming blurrier by the minute. Much to my dismay, more than anything, I felt like I failed. 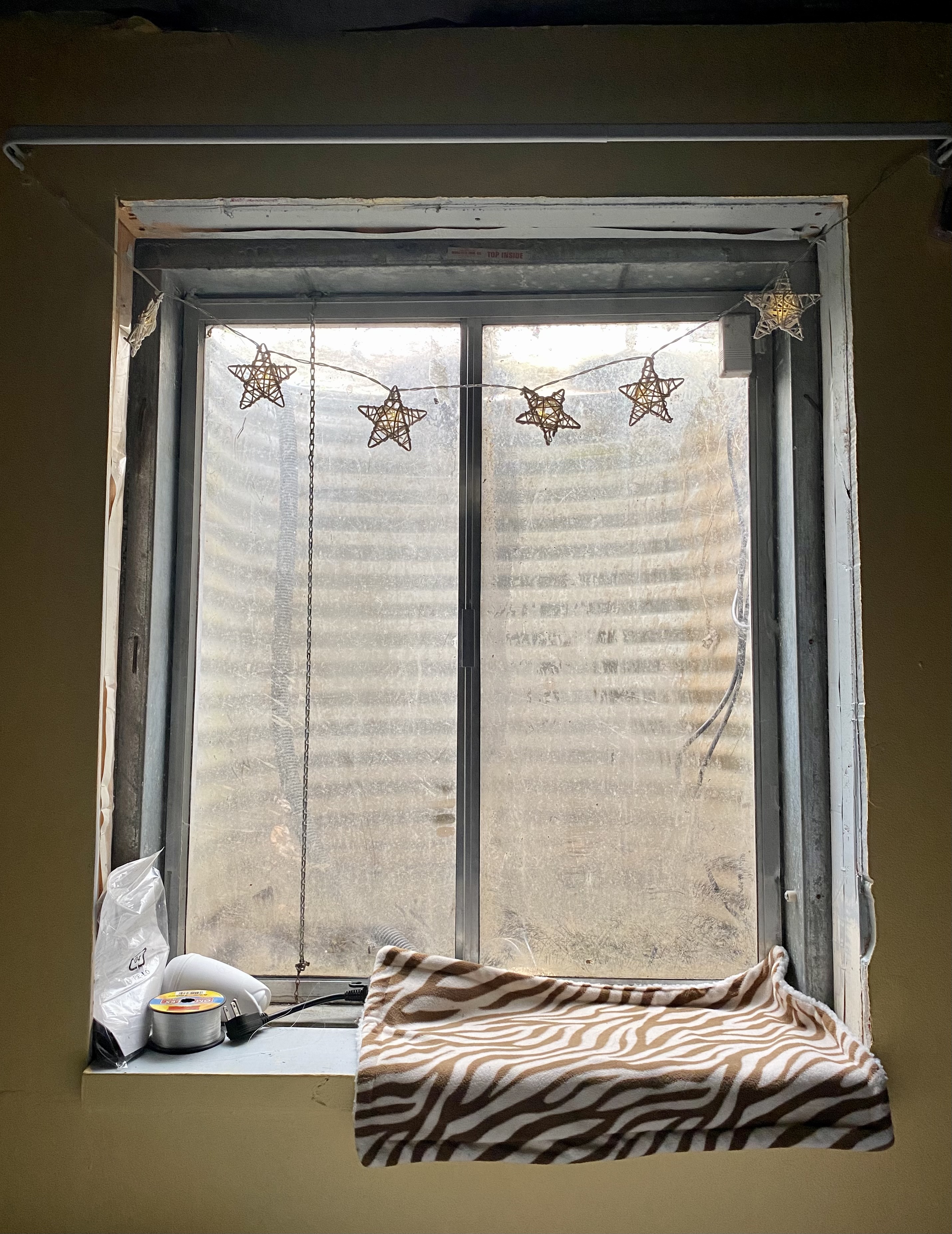 The view outside the author’s bedroom window, peering into the egress window. (Maddi Smith)

Somewhere along the line, American individualist values won out over the notions of collectivism – family ties, kinship bonds, the importance of community. In their study, professors Ayşe Ayçiçeği Dinn and Catherine L. Caldwell-Harris explain, “collectivist cultures, such as those in East Asia and Mediterranean countries, emphasize relational interdependence, the mode of relying on family and in-group which has been the default for much of human history.”

On the other hand, “in many Western countries, early residential independence and autonomy from parents are highly valued and are well supported… Returning home is generally portrayed negatively in public discourse,” explains Tom Kleinepier, Ann Berrington and Lenny Stoeldraijer in their research.

In much of the world, it’s still typical for young adults to live at home into their late 20s or to move out only after they are married. In the States, it’s expected that at 18, you move out to go to college and after your graduation — if not sooner — you move out completely, on your own for the rest of your life and this must be done to be seen as successful.

I don’t doubt that much of my feelings of failure and ineptitude stem from this system I’ve lived under all my life. It’s been all but taught to me that I should be farther along than I am right now. I should not be here, but where else do I have to go?

I miss the sunlight. It used to stream through my windows all day, brightening my space and my mood. I miss lying on the floor with Pippen, dozing off in a sunspot just because we can. Here, I work and sleep and go to school in what I’ve been calling my dungeon, not because it’s some dismal and dank and depressing space — I painted the whole room a bright yellow with direct hopes to combat that —, but because it’s so dark all the time. 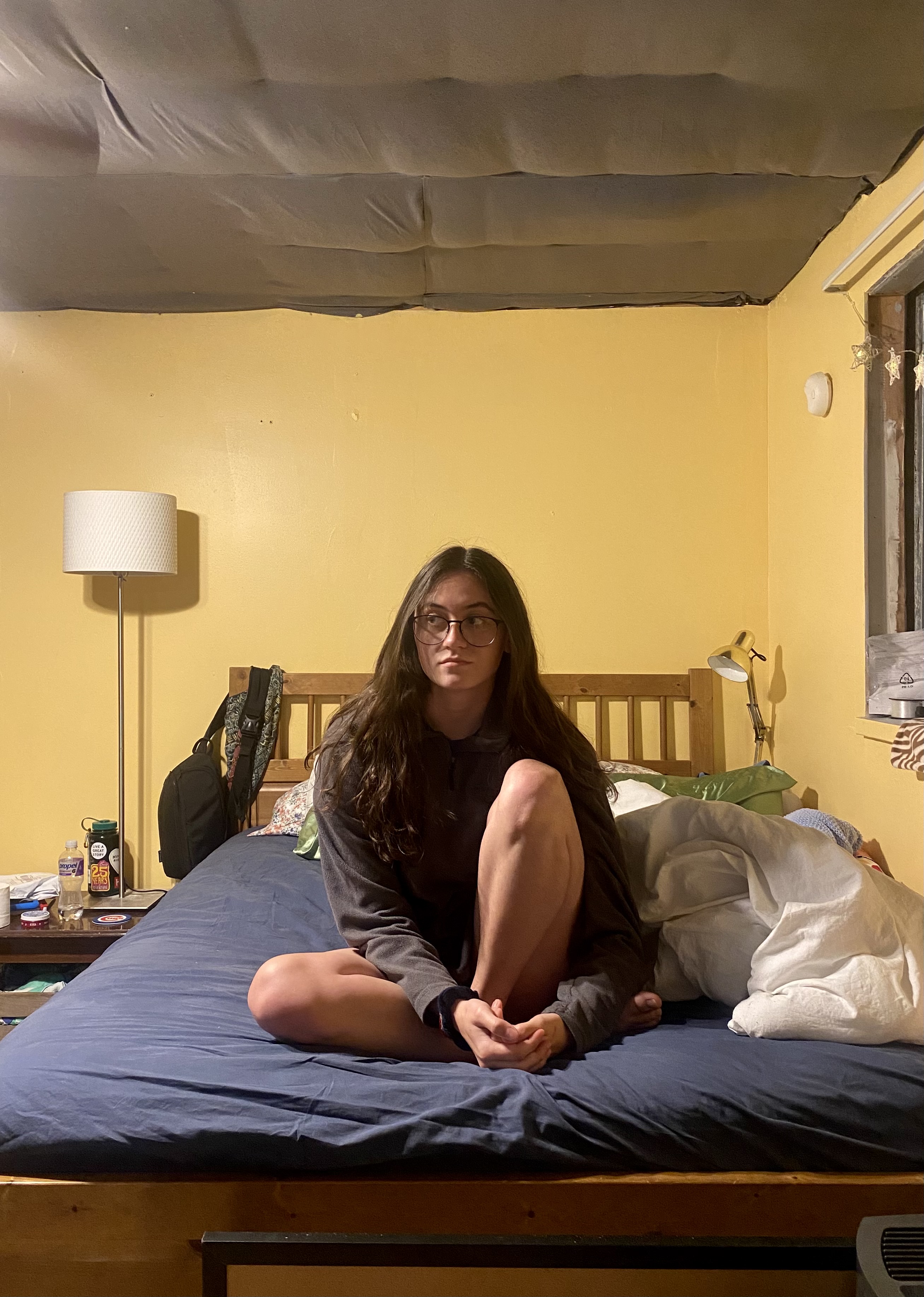 The author in her current bedroom, situated in her mother’s basement. (Maddi Smith)

I miss hearing the Red Line rattle past my window the entire night. I’ve started listening to white noise, thunderstorms, and cityscapes while I sleep because I can no longer sleep without it.

I miss walking everywhere. I had no need for a car, because if I couldn’t get there by train, bus, or foot, it wasn’t worth going. Now I hate having to get in the car and drive to Walmart every time I need more cheese.

Logically, I know I’m lucky to be where I am. I’m lucky to have a place that I can go back to when that need arises, but emotionally, I feel like a kid again. I’m 22 years old, asking my mom if I can go get coffee. I’m tiptoeing around the house that I used to call home, feeling like an outsider. It feels at once like everything has changed and yet everything is exactly the same.

This heavy feeling of failure follows me, and I can’t shake it, but I know I have not failed. This has been one of the hardest years of my life and the fact that I’m still standing here when there were many times I thought I wouldn’t be doing so, is a success. I’m the first person in my family to graduate from college, and when that diploma comes in a few weeks, that will be a success. I’ve found some of my passions in this world, and that is a success.

And I stare helplessly into the mirror, wondering why the person in front of me can’t see that. I wonder why, when she looks back at me, she only sees that little kid again, four feet tall, too loud for her own good, too curious to stay out of trouble.