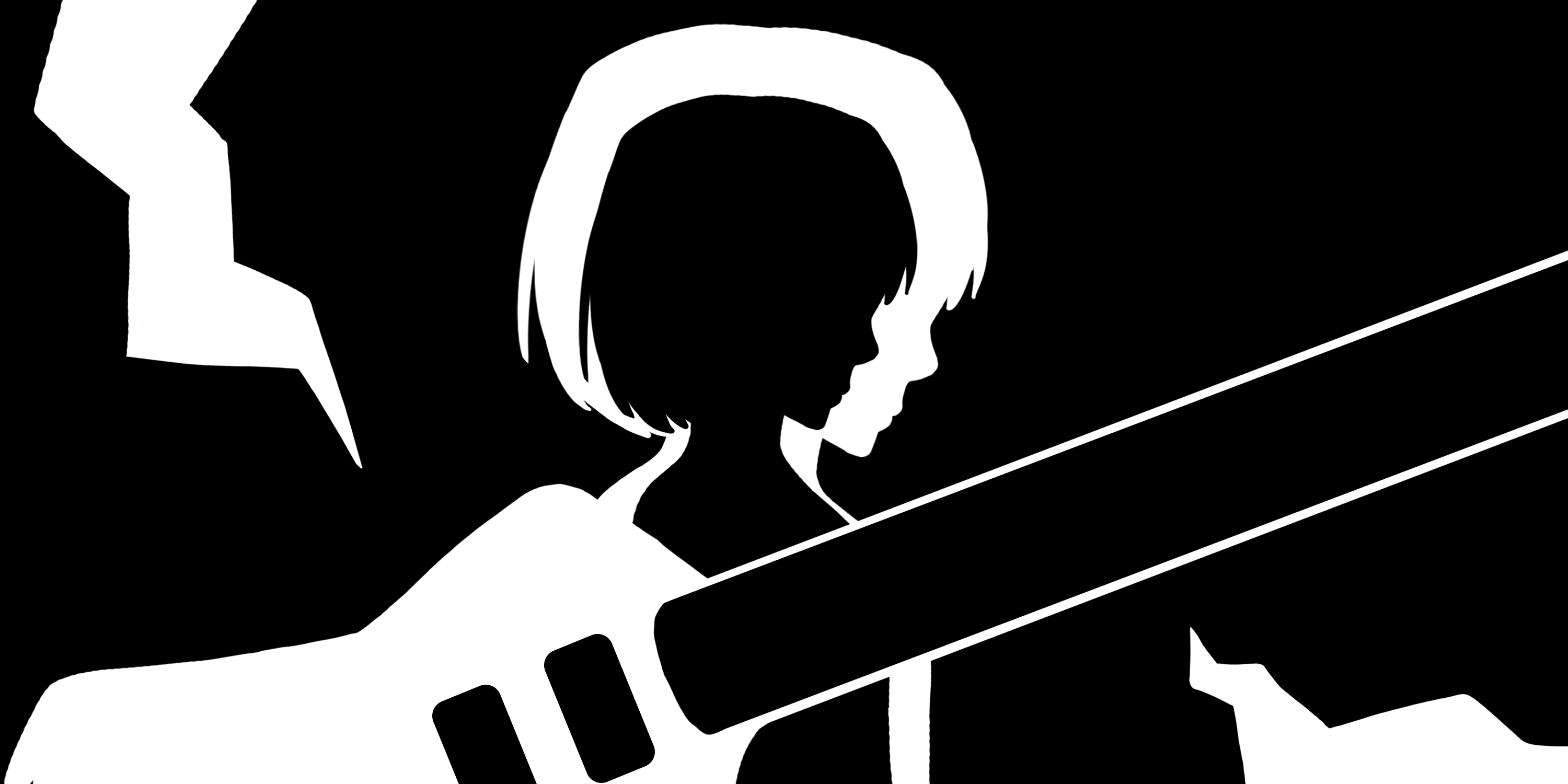 After her musicians and backup singers took their spots on stage, a void formed that only the modern-day rockstar could fill—and then, there she was!—except—not. It was a double, a woman dressed like the performer. This fakeout elicited a wave of premature hoots and claps, followed by a ripple of confusion, which hung until the real St. Vincent manifested—platinum blonde bob, black dinner jacket, and a pointy 70’s collar, extending a hand to a trusty roadie dressed like a diner waitress, entrusting the star’s pale grip with one of her signature guitars.

Then we all cheered.

Annie Clark, known by her stage name, St. Vincent, is a musical artist following in the tradition of rock legends like Jimi Hendrix, David Bowie, and Patti Smith, while incorporating contemporary sounds and effects into her music. She embodies an old world of rock, while keeping a keen eye on the future— the new.

Coinciding with her performance at Pitchfork, along with a string of touring dates, is the release of The Nowhere Inn, a mockumentary starring, co-produced and co-written by Clark, exploring the double life she leads as part-time superstar and part-time human. The movie seeks out the comedy in the life of a touring artist while also taking a meta-look at the disparity between a performer’s persona and who they are without it.

In Clark’s case, however, this chasm has allowed her to carve out a niche by delving into the plasticity of a Persona, seeing what that mirror-self can transmute her into.

Clark’s onstage-and-offstage performance as St. Vincent is marked by audio and visual reinvention with every album. Her most recent album, Daddy’s Home, has sonic influences in open-hearted country, Pink Floyd, and some Prince. The album’s cover depicts St. Vincent in a black-and-white photograph, reclined beneath gold-lettered DADDY’S HOME in a Foxy Brown font.

Her 2017 album, MASSEDUCTION, on the other hand, was simmered in electric beds, synth-based production, and concert attire all about the color RED. Clark’s earlier iteration was an intimation of the future, whereas her new persona seems to be looking back.

Whatever direction St. Vincent’s Annie Clark may be heading in, her obsession with the false-self inside the real remains majestic and vibrant. As she says in her recent film—in earnest or not, we may never know—“What people fail to understand is all of it’s me, and none of it’s me.”