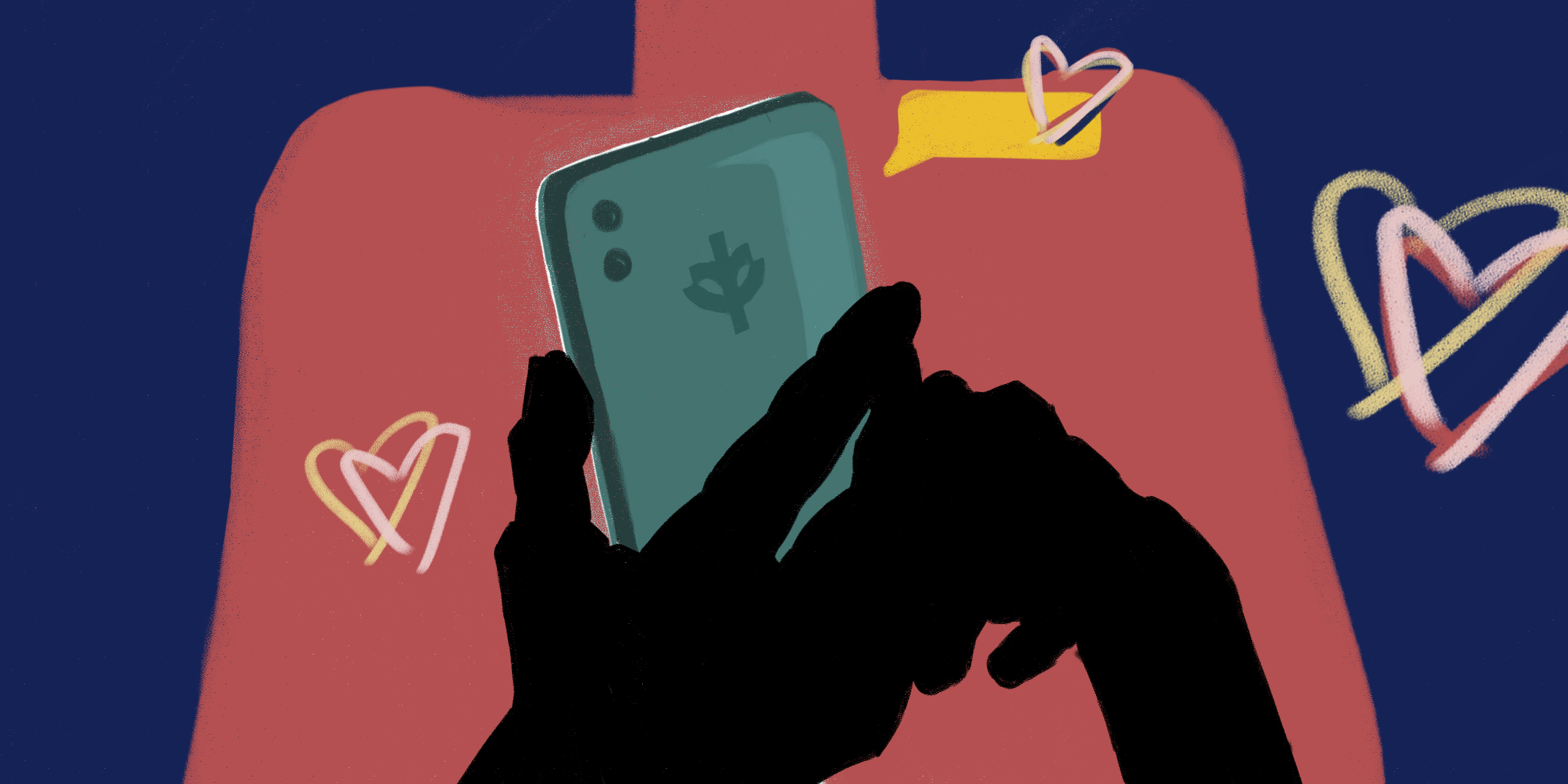 Editor’s Note: This story’s main source chose to remain anonymous due to the nature of their Instagram page

“MY ROOMMATE DOES NOT JUDGE ME FOR SLEEPING PAST NOON.” “I WILL EAT A MEAL BEFORE 3PM EVERY DAY” “I WILL ACTUALLY STUDY IN STARBUCKS AND NOT JUST SIT WITH MY LAPTOP OPEN.”

These are some of the helpful affirmations, accompanied by related stock images, that the rapidly growing Instagram page, DPU Affirmations (@dpuaffirmations), shares daily. The account — which just hit 3,000 followers — was created by an anonymous freshman in early September this year.

The account posts comedic, self-hypnosis style affirmations, often based on niche DePaul University experiences. For example, a post published September 8 reads, “I WILL NOT GET WINDED ON THE ARTS & LETTERS STAIRS,” which serves as an affirmation of perseverance for the students brave enough to forgo the building’s elevator.

As the account grows, students have become curious about the admin’s identity, which remains largely a secret.

“I was sitting in the Fullerton Starbucks, studying with my friends, and I was like, ‘You know what’s a great idea? Making this account instead of doing my schoolwork,’” the admin of DPU Affirmations, who asked to remain anonymous, told 14 East.

The creator — who interacts frequently with DePaul students using the questions feature on her Instagram story — was inspired by other university affirmation accounts. Affirmation pages for American universities began emerging in the spring and summer of 2021, riffing off the popular instagram account, @afffirmations, which posts generally positive messages for over 800,000 followers.

“At first it was just my friends supporting it. I actually sent it to a group chat and everyone left me on read. That was really bad, so I didn’t think that it would take off at all,” said DPU Affirmations. Shortly after this, however, DePaul students began resharing her posts. The account reached 1,000 followers in the first week.

A Voice of the Blue Demons

In just over a month, the account has hit over 3,000 followers. DPU Affirmations receives daily emails and direct messages from members of the student body making requests for new affirmations. The student requests help her hone in on a collective DePaul experience that students can relate to.

“More and more I get requests and sometimes those can be really helpful because, you know, I only know the experience that I’m having,” she said. “I appreciate when other people send them in because then I get to know about what’s going on at Corcoran or other places.”

Although she does get inspiration from the requests, DPU Affirmations also comes up with ideas for posts by simply observing student life and the campus around her. She also draws inspiration from fellow university affirmation pages, some of which she has become friends with.

Like DPU Affirmations, the admins of these accounts prefer to remain anonymous.

“NYU Affirmations is the big one! They have like 6,000 followers and they’re definitely my inspiration,” she said. “It’s actually really funny, the college affirmations pages have this massive group chat. It’s really good to connect with them.”

The Ohio State University’s affirmation page (@osuaffirmations) is one of the pages that DPU Affirmations has befriended. OSU’s page, which is run by four anonymous admins, also draws inspiration from several university meme pages and affirmation accounts. OSU’s page provides positive posts to over 5,000 followers in a nearly identical format.

“Sometimes people are like, ‘Do you have any advice for freshmen? Where are the parties? How do you make friends?’ and I’m like, ‘Man, I’m going through it at the same time as you!’”

“DePaul Affirmations and I are besties!” wrote one of the Ohio State University admins. “There’s a great online community of affirmations pages. It’s great to see that other universities across the country share the same sense of humor.”

“I think that just using this as an outlet for the ridiculous things we see on campus and humorously critiquing the university has been fun and brought a lot of people together,” said another admin of OSU Affirmations, who founded the page in the summer of 2021. “It’s been really interesting to see how quite literally thousands of other students feel the same way about things we deal with on a daily basis.”

Many are surprised to learn that the admin of DePaul’s account is a freshman. “Honestly [it’s] the strangest feeling ever,” said DPU Affirmations. “Upperclassmen will say, ‘I know you’re one of us,’ and I’m like, ‘I’m really not!’ It’s a really weird feeling but it has helped me feel way more comfortable at school.”

Being mistaken as an upperclassman is a huge compliment to the admin, who says it lets her know she is doing a good job encompassing every DePaul student’s campus experience. However, she feels conflicted when students request advice for first year students, as she is still navigating student life.

“Sometimes people are like, ‘Do you have any advice for freshmen? Where are the parties? How do you make friends?’ and I’m like, ‘Man, I’m going through it at the same time as you!’” she said.

Using Her Platform for Good

Attention on Chartwells workers’ fight for better pay resurged among students after 92% of workers voted to authorize a strike in late September. DPU Affirmations used her account to show support for the employees and encouraged students to join in the fight. She not only posted a positive affirmation on her account in support of the workers, but also promoted a virtual rally held by the DePaul Community Accountability Alliance.

“It’s really unfair what’s happening to them and they work so hard for us,” said DPU Affirmations. “As someone that can talk to the University and as somebody who has a network for the students, it kind of is my job to raise awareness about this, because they should be paid a liveable wage — it’s ridiculous … What’s the point of having a platform if I’m not gonna raise awareness for the people in our day-to-day lives, right?”

Above all, DPU Affirmations strives to connect with fellow students and create a deeper sense of community among the student body. “Honestly, as it goes further, my goal is really to connect people and like, kind of, immortalize the DePaul experience,” she said. “That sounds so dumb, especially since I’ve only been here a month. But it’s been so great seeing people use it in their classes or approach me about it. I’ve made genuine friends because of it. It’s just really to bring people together.”

The response to the account is overwhelmingly positive. “I find it so funny, like a less fratty and more relatable Barstool,” said DePaul alum Jillian Morrison. “It’s much more relatable than Black Sheep or Barstool ever could have been.”

While the creator hopes to keep her identity a secret, she doesn’t feel that her anonymity is crucial to the success of the account. “At this point, I don’t really care if people find out who I am, because then it’s just more friends. Bring people together, get people talking, relating to each other, that’s really all it is.”