A Place Once Called Home

A Place Once Called Home 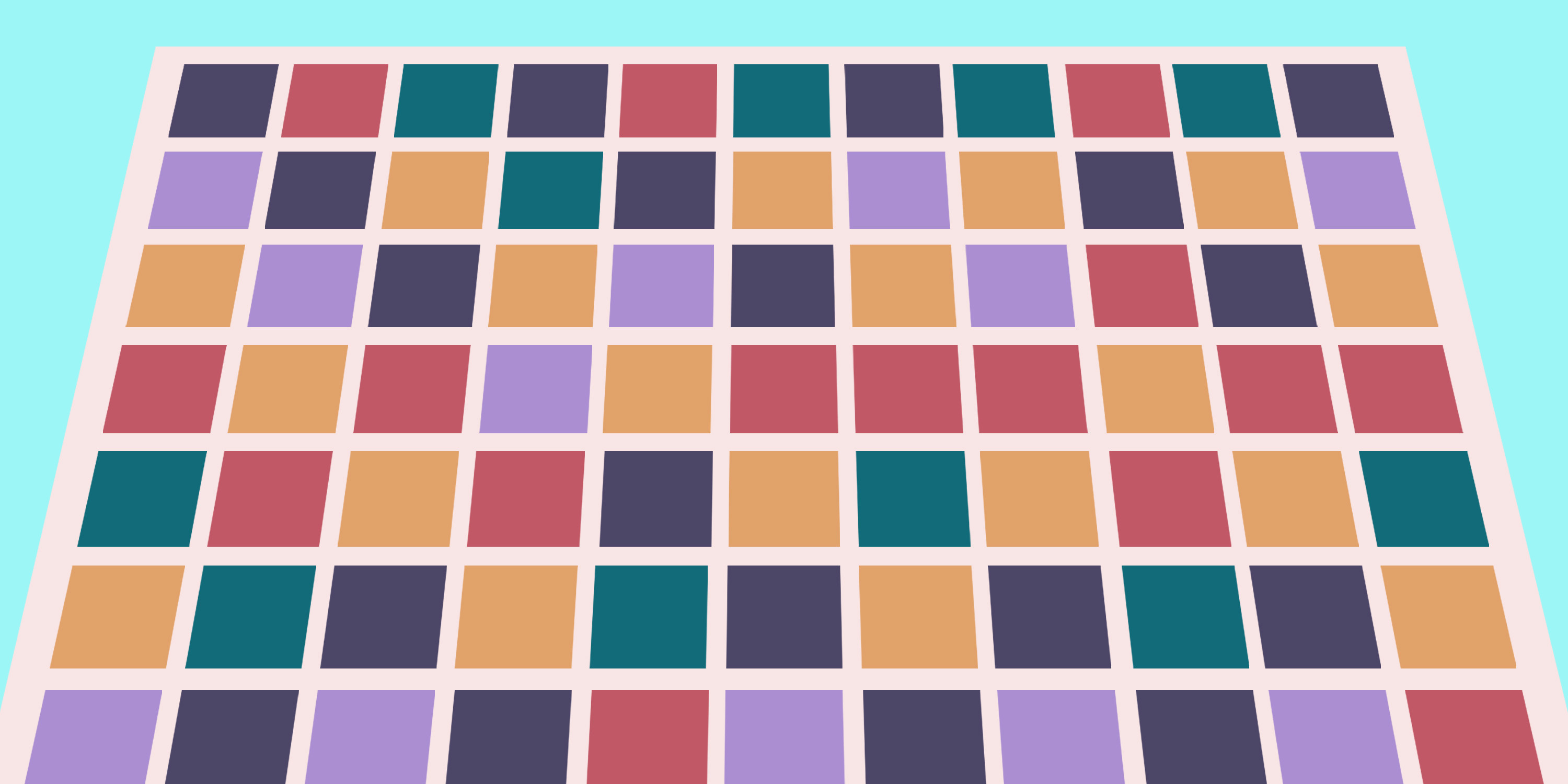 The personal narratives of ‘Reds’ and ‘Whites’ residents

The Francis Cabrini Extensions’ first high-rise was demolished over 2o years ago, beginning a ripple effect of demolition until its final building came down in 2011. Today, the grounds of Cabrini-Green’s public housing high-rises are new, mixed-income homes that mimic the before and after, as the old and new Cabrini-Green are only a sidewalk apart.

The Beginning of the End 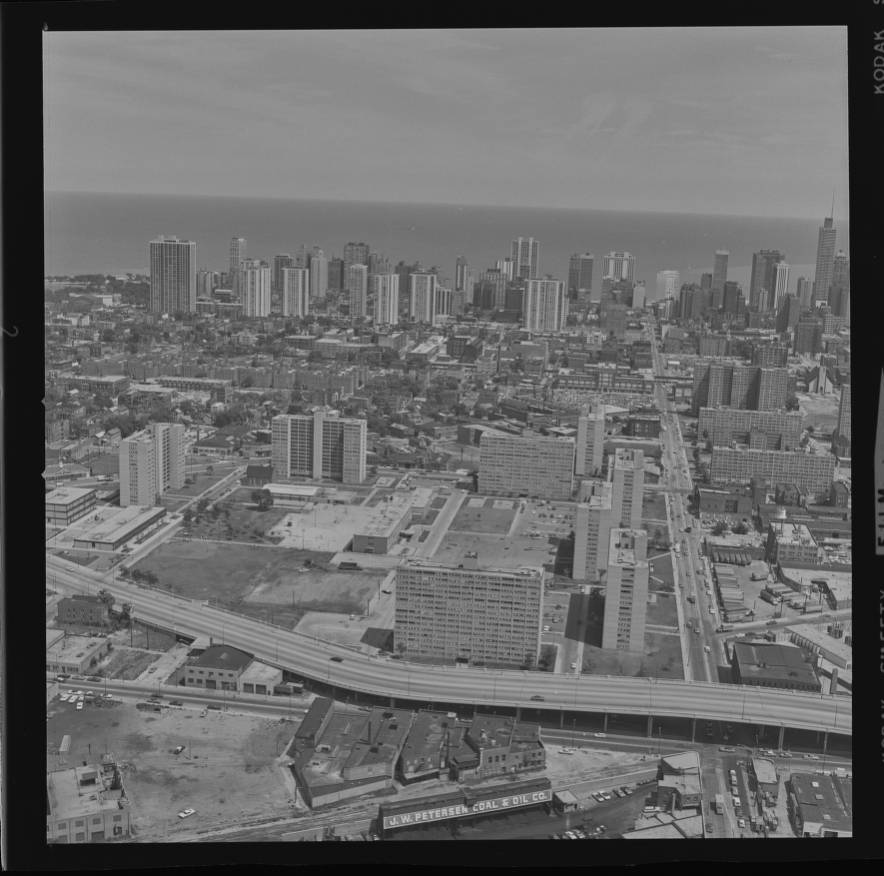 A 1971 Cabrini-Green high-rise overview looks out towards the East. Photo courtesy of Chicago Public Library, Chicago Department of Urban Renewal

The Frances Cabrini Rowhouses and William Green Homes established a community that stood in solidarity nearly 70 years before their demolition. In their rubble remained a history of broken promises to residents, and the neglect of affordable, safe and comfortable housing for the thousands who once called Cabrini-Green home.

A turning point in Chicago’s public housing, the Cabrini Rowhouses first opened in 1942 following the Great Migration of African-Americans from the South. Named after an Italian nun, Mother Francis Xavier Cabrini, and prominent trade union president William Green, Cabrini-Green was the city’s hope for new public housing. It was built after the creation of the Chicago Housing Authority in 1937.

Under Mayor Richard J. Daley, the 15-building expansion of Cabrini-Green, known as the “Reds,” was completed in 1958. In 1962, the William Green Homes saw the completion of the “Whites” buildings — identified by the white bricks — that stood 15 to 16 stories tall.

‘Our’ Community, ‘Our’ Family

Cabrini-Green’s high-rise community was different from a normal neighborhood. For many, Cabrini-Green was a family. Decades later, the same community — often depicted in films and news coverage as a place of horror — defines itself differently.

Cook County State’s Attorney Kimberly Foxx spoke of the “normal” childhood she lived while residing in Cabrini, on the 8th floor of the Whites buildings on the corner of Division and Larrabee.

Foxx was born at the Cabrini complex in 1972 and lived there for eight years with her grandmother and other family members, until her mother moved out around 1980.

Foxx had no other community to compare Cabrini-Green to when she was growing up. A typical kid, she ran races down the lower concrete blocks in front of her complex and practiced double dutching on the blacktop behind her building.

“I remember it being a place where my family and my friends were,” Foxx said.

She described the community as self-contained but when it came down to each individual building, they were even more self-contained.

“You knew everybody. The elders would keep an eye on you,” Foxx said.

Foxx’s grandmother knew what she was doing on the first floor, before she made it back to her apartment. Foxx said there was a “real respect for elders in our community.”

Row Houses complexes and remains of what was once the Cabrini-Green community located on West Oak Street. Photo by Jahlynn Hancock, 14 East

As a public housing project, Cabrini-Green was built atop “Little Hell,” a largely white immigrant area resistant to racial integration. Experiences with issues like poverty and violence for Cabrini-Green’s primarily Black residents differed from other projects located further south at the time.

Situated within the limits of wealthier surrounding neighborhoods, such as Old Town, Near North and Goose Island, Cabrini-Green stretched from West Division Street down to South Larrabee Street.

News coverage of the homes at the time focused on violent incidents in the community. Local reporters working downtown viewed Cabrini-Green as more accessible than other public housing sites.

For some residents, violence within Cabrini-Green took place at any hour of the day and was even described as routine.

“Violence was an ordinary part of the equation,” Foxx said. “So we knew when shots rang out what to do.”

Foxx’s grandmother would usher her and her cousins into the bathtub until the gunshots were over, and if you were outside you knew to hide behind something.

“And so it did not seem odd to me, that kind of interruptions of violence weren’t things that were happening in other neighborhoods, and it didn’t diminish the joy, fun and kind of the childhood memories that I cherish at the same time,” Foxx said.

Reshuna Chew, store manager of Walgreens and former resident of Cabrini-Green’s North extension, discussed her childhood living in the Reds, located on the corner of Division and Larrabee.

Chew’s family was a part of the city’s Plan for Transformation, which displaced thousands of residents upon the demolition of the Cabrini-Green towers and later redevelopment under Mayor Rahm Emanuel.

Chew comes from a generation embedded into the Cabrini-Green community. Her father was the head janitor for the Chicago Housing Authority, placing her family in the red building.

Life in the Reds was normal for Chew. It was not the image the media painted, but it was Chew’s “normal.”

“All that stuff about being poor and not eating and rats and roaches all over the place … none of that was my family,” Chew said.

Cabrini-Green developed a national reputation for being America’s “worst” public housing project — headlines swarmed towards points of gore and poverty within the project. That’s not how Chew saw her community.

“[That’s] not to say that people that lived there wasn’t, you know, didn’t have those issues. Yeah, they did, but I didn’t,” she said.

As a kid, Chew got up in the morning, went to school and participated in afterschool programs.

“I was a tomboy, so by the time I was in the fifth grade, I was playing Little League baseball. We used to play at the field over here off of Division and Sedgwick,” she said.

Carson Field — originally named after the two police officers who were killed at Cabrini-Green near Seward Park — was a part of Chew’s everyday routine. It was a place of security and joy for the community’s kids to be kids.

She and other community members attended the Holy Family After School program. Chew said these weekly routines and resources supported her throughout her life.

“Seventh grade, I started going to Young Life at LaSalle Street Church. They had tutoring where college students from North Park College and other colleges would be tutors and you will go to tutoring once a week,” Chew said.

She spent her Tuesday nights at Young Life studying and preparing for the future.

Residents’ experiences with violence, poverty and other systemic issues varied but the Cabrini-Green that was portrayed by the outside world rarely highlighted this.

From One to Another

Outside the gates of the rowhouses located on North Hudson Ave and West Locust Street. Photo by Jahlynn Hancock, 14 East

A strong and loyal inner-community, Cabrini-Green often lacked resources from CHA, so neighbors relied on one another for basic needs Foxx said they were deprived of.

“There was a respect for kind of looking out for one another,” Foxx said. “You know, before there was a gig economy, the hustle economy was strong.”

Foxx’s grandmother was one of the many residents that sold items from their apartment in Cabrini-Green’s White extension. She sold Avon, while others sold candy, making for communal candy stores or DIY hair salons in someone’s living room, among others.

“We had beauticians that would give you a jheri curl or give you a blowout. Like businesses being run out of people’s homes and a real sense of meeting each other’s needs,” Foxx said.

To those outside the community, Cabrini-Green became synonymous with the labels rundown, poor and gorish. However Foxx said their community was “really self-sufficient” even when their landlord CHA failed to provide adequate funding and other necessities like basic home repairs.

From Rubble to Riches

Residents’ success stories were often buried under the portrayal and presentation of violence in the Cabrini-Green projects, overshadowing their joy and community values.

Foxx, a native and one of many success stories from Cabrini-Green, was elected in 2016 as  Cook County State’s Attorney after campaigning on “holistic reform” for the criminal justice system.

For Chew, her success follows a generational path.

“I had a normal life, as a regular kid probably living on Michigan Avenue [would],” she said. “My stories are all good. I don’t have any bad stories.”

Chew shared the successes of her family while living within Cabrini-Green and the continuing success of her three children who were also born and raised in the Reds extension.

“The same programs I went to, they went to those programs … my oldest son when he was a junior in high school, the Milwaukee Brewers wanted to drag him out of high school and make him play.”

Chew’s second son, Antwaun Sargent, has his own success story.

Receiving a full merit scholarship from Georgetown University, Sargent went to New York City as part of the Teach for America program for a few years. He has made a way for himself, as a writer and public figure, regardless of his home roots.

“He is working for the culture now. He is very well off,” Chew said.

Her children all went off to college, including her daughter who is currently going to school to be a nurse.

Chew’s grandmother was a part of the Local Advisory Council, serving as her building’s president during the 1990s when members of Cabrini-Green filed lawsuits against the city over its redevelopment plan.

“For all the buildings, the row houses, everyone had a president that spoke up for their building,” Chew said. “So if it was time for paint, or we needed our toilet seats redone … they just kind of kept CHA on their toes, basically, provided for what residents needed.”

The lawsuit against CHA began when the 2000 Plan for Transformation announced the rowhouses would be demolished and replaced with “mixed-income” communities, but were to remain 100 percent public housing complexes.

The empty street of some of the 440 units located on West Locust Street. Photo by Jahlynn Hancock, 14 East

Instead, 146 units were rehabbed and the remaining 440 row houses were boarded up and remained that way, even after the 2011 demolition of the final tower.

“They displaced my house. They moved me from the building that I lived in and they pushed me out,” Chew said.

In 2013, the LAC won their settlement against CHA and it granted vouchers to those former residents, like Chew, who were displaced from their original homes in Cabrini-Green.

“They won a lawsuit and that’s why you see a lot of us that had the right to return,” she said. “We live here and it’s for 99.9 years, so we never have to move.”

Chew currently lives in the newly rehabbed Cabrini-Green which is now mixed-income housing and a combination of gentrified townhomes. Cabrini-Green’s once rundown public housing quickly became renovated townhomes and half-a-million dollar homes, all in the same area.

In its demolition and redevelopment, however, Cabrini-Green lost many of its original community members and, according to one Politico article, represents Chicago’s longer history of decreasing populations in historically Black neighborhoods.