Pandemic or Not, Demand for In..

5 Takeaways on DePaul NAHJ and DUABJ’s Public Newsroom on Reporting on Race, Class and Communities 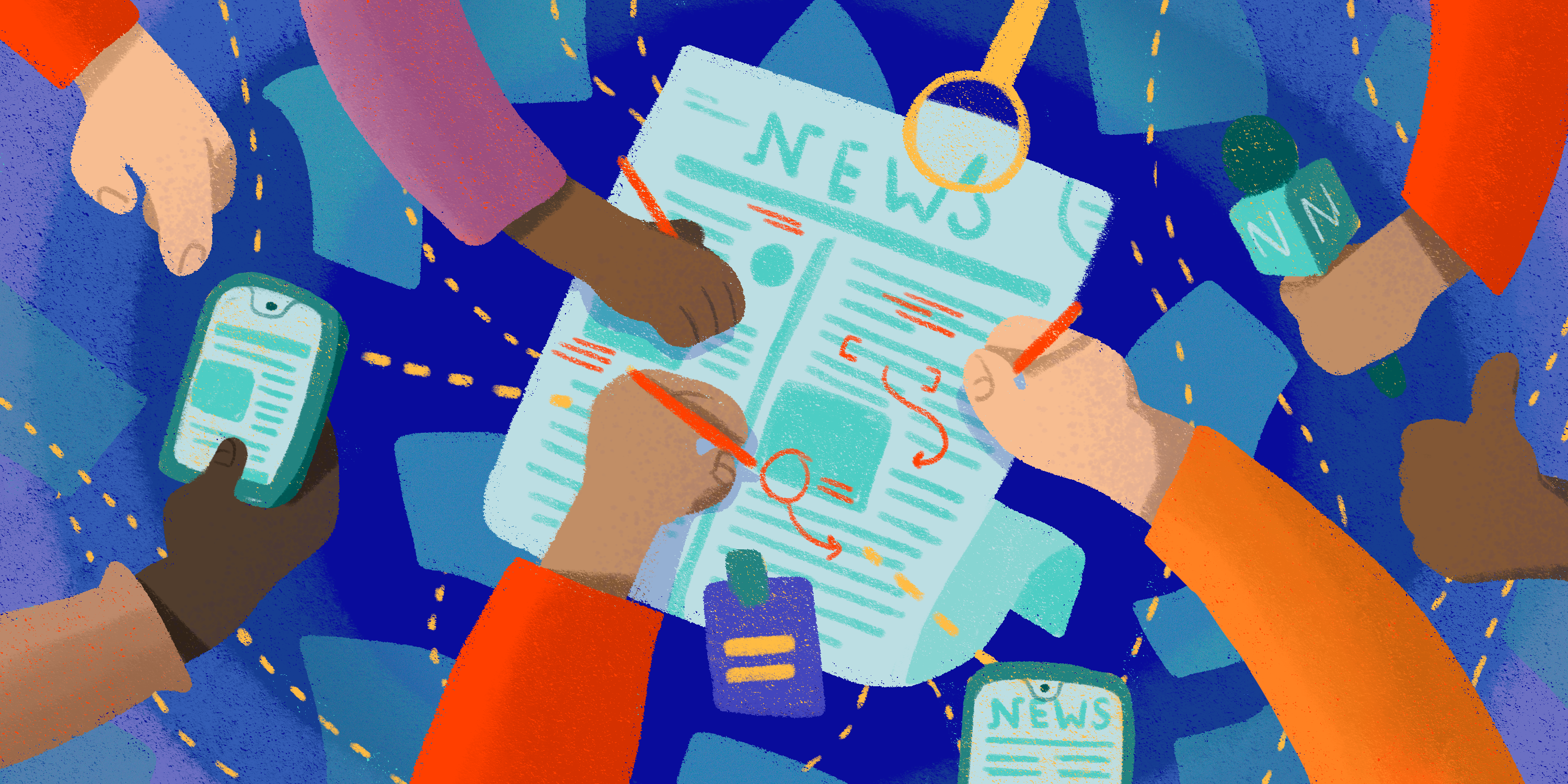 Here’s what we took away from NAHJ and DUABJ’s enlightening panel conversation about race, class and communities.

No one knows Chicago’s neighborhoods better than those who live in them. Serrato stressed the importance of hiring reporters to write about the communities they live in because they have the best understanding of what is important to those around them. It encourages community members to get more involved with the media to benefit their community.

Many new, young reporters are pitching to editors who have been working in newsrooms for years. And while editors are able to help guide less-experienced reporters, the lack of diversity in newsrooms means young reporters are typically receiving advice from older, white men who often lack the skills in reporting on race, class and communities. The panelists shared their frustrations with pitching to white editors, who may not understand why a story is so important to a community – particularly, communities of color.

The editor of a story matters just as much as the reporter, because every reporter, even the most experienced, needs some guidance before sharing their story to the public. Without a diverse set of editors in every newsroom, editors are less likely to accept pitches about issues they don’t understand and cannot guide newer, younger reporters throughout their process. 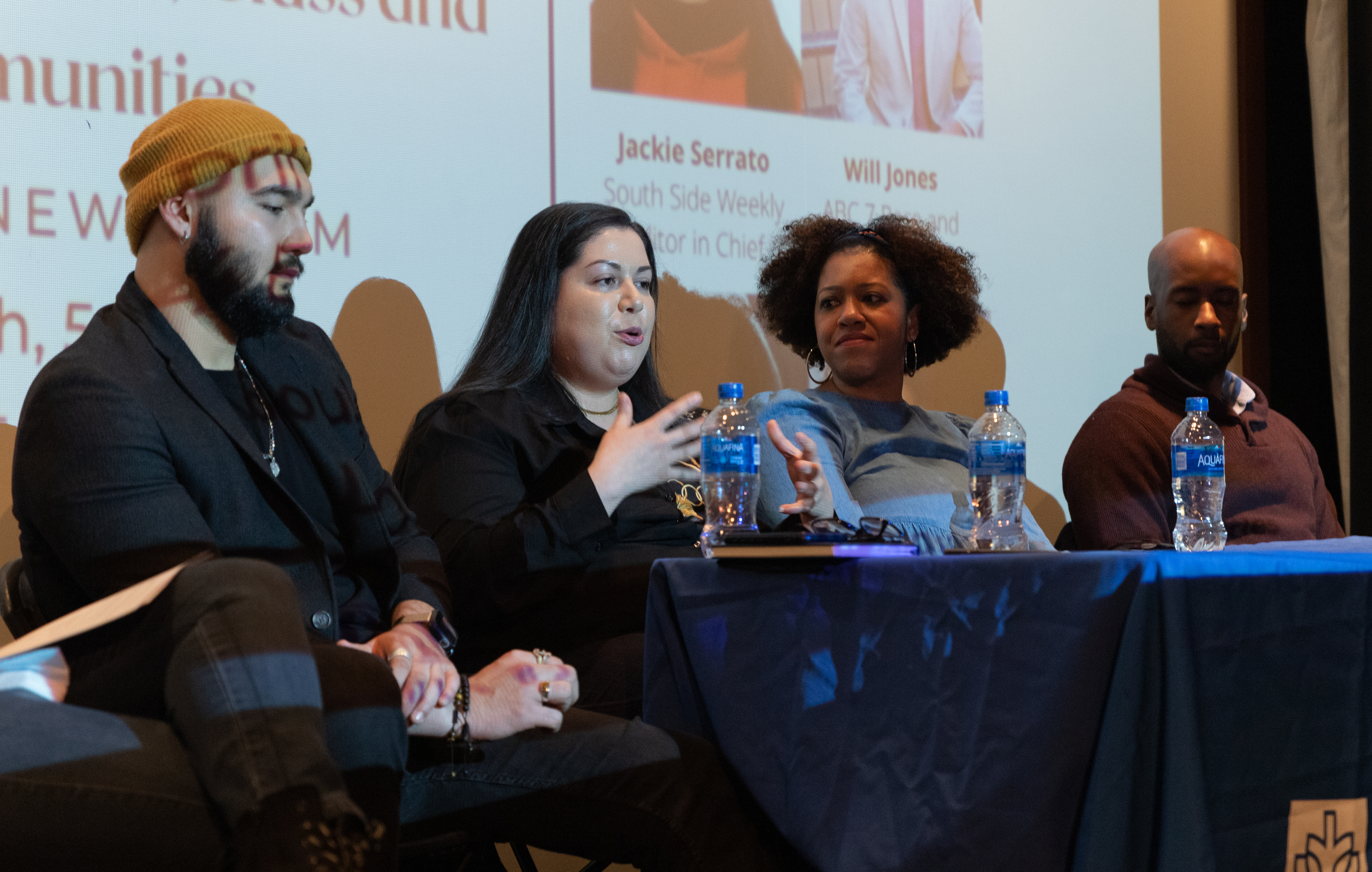 Jackie Serrato speaks to the audience during the public newsroom on March 7. Serrato discussed the need to hire journalists within Chicago’s communities. Photo by Emily Soto, 14 East

3. Always write with intention: the harm in “parachute” journalism

Something that panelists touched on was the harm in parachute journalism – when journalists rush to a community they have no knowledge of or connection to just to get a story never to actually spend time there or follow up with the sources or subjects of the story.

Another version of parachute journalism is the tokenization of sources and communities. Sanchez discussed how reporters will repeatedly reach out to him to speak about anything having to do with the Southeast Side, even when it had nothing to do with him or a movement or organization he’s a part of.

As journalists, we need to spend time in and get to know the members of the communities we cover, not just repeatedly parachute in and refer to the same source for everything happening in that community. Doing so will not just make for richer stories and a more fulfilling reporting experience, but also enrich our communities, too.

4. Reporting is a balancing act: cover more than pain in Black and Brown communities

During the panel, Jones noted one question that informs his reporting: What’s something in the media about your community that makes you mad? For all the panelists a common pattern was that their communities are often only reported on when it comes to the violence taking place within them. To Nettles, one reason why this is repeatedly allowed to happen is that newsrooms don’t put enough emphasis (and funding) into covering things beyond crime and politics such as arts and culture. “[There is] opportunity to expand at least the balance of the type of coverage we see,” she said.

5.  Everyone is an expert in their own experiences: changing the narrative on objectivity

In a time when the old guard journalistic notion of objectivity and neutrality is changing, it wouldn’t be a public newsroom on race, class and communities without discussing how objectivity does (and does not) play a part.

The panelists agreed that it’s important for reporters to ask ourselves what role we play in telling certain stories, whether our identities help or hinder the telling of the story and whether or not it’s ours to tell.

“Everyone is an expert in their own experiences,” said Sanchez. “What is your role in telling that story?”