Listen Up! Conversations with .. 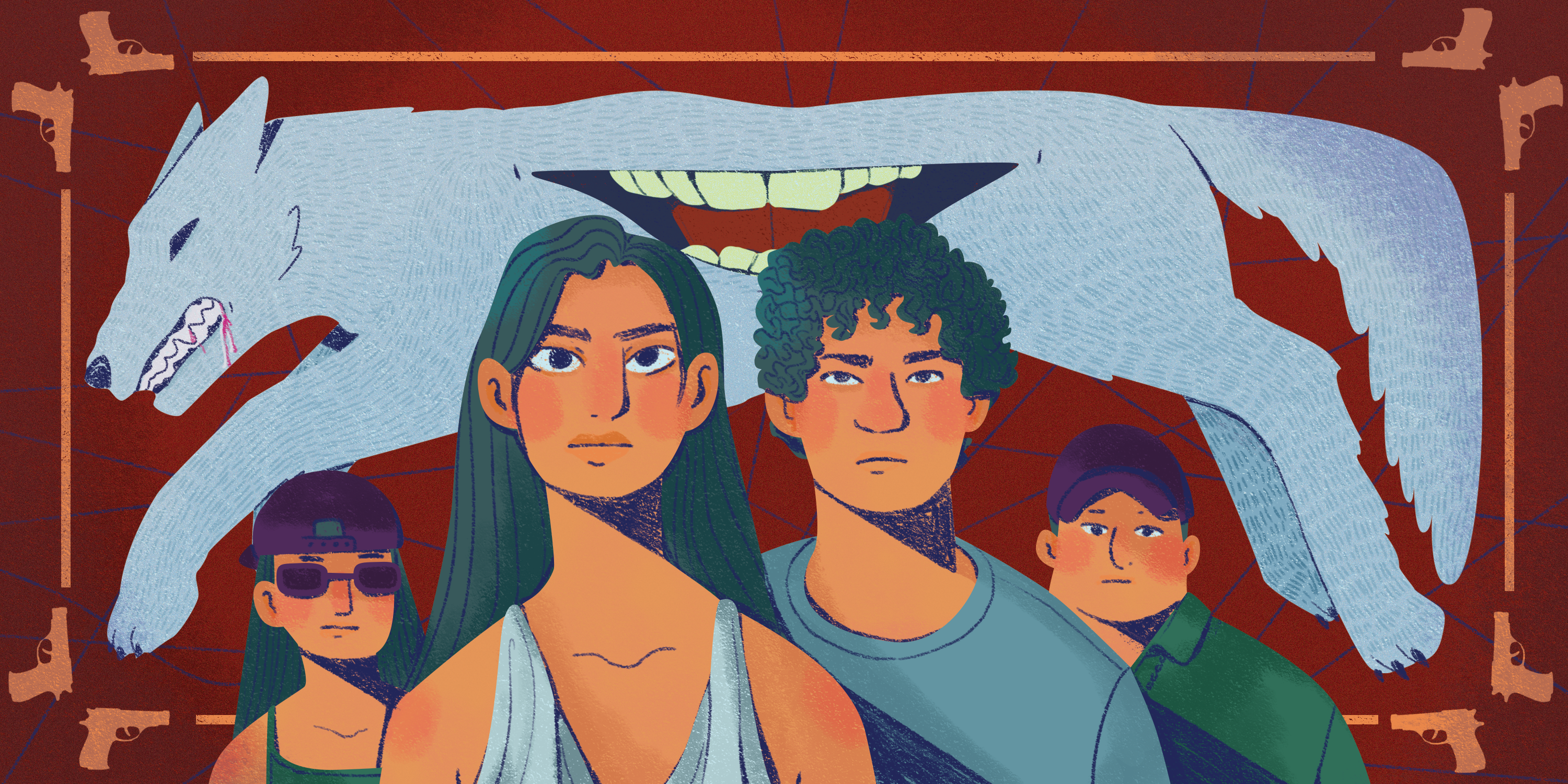 A young teen embarks on a dangerous journey to avenge her sister’s disappearance.

I was a bit skeptical before the viewing of the film Cadejo Blanco, written and directed by Justin Lerner, when I realized that a person not identifying as Latine wrote and directed this film. Often, in Hollywood films, like Sicario directed by Denis Villeneuve, or Savages by Oliver Stone, Latin Americans are not only marginalized but are villanized and associated with brutal murders and inhuman behavior in contrast to the roles of white Americans.

On the contrary, Lerner made the careful decision of portraying violence as a risk young Latin Americans must take in order to survive, and focuses on the humanization of these lives. The film revolves around Guatemala City resident Sarita, who travels to a smaller town in pursuit of infiltrating a local gang who she believes are responsible for her sister’s disappearance.

Sarita’s sister, Bea, vanishes after an argument with her boyfriend, Andrés. Sarita makes it her mission to enter the puzzling man’s private life to uncover the mystery. As such, she travels to Puerto Barrios, a coastal town, for the weekend, where she gains the trust of his gang.

The film takes a surprising turn when it becomes more than just about gang culture in Latin America, but rather the lives of both the traditionally perceived victims and villains.

“It was my goal to use it [explicit violence] sparingly so that the film could spend more time illustrating their human side. My creative team decided to make the worst parts happen offscreen, and there are really only three moments in the film with explicit violence,” said Lerner in an interview with Variety.

Lerner, who also directed The Automatic Hate and Girlfriend, for the first time in his professional film career touches upon the bonafide stories of those who grew up affected by gang culture in Guatemala. The American director lived in Guatemala for four years prior to filming, collecting real-life events from residents and incorporating them into the script, according to Deadline and Variety.

Along with co-producer Pedro H. Murica, Lerner traveled between the two sets of  Guatemala City and Puerto Barrios street-casting in order to depict an accurate atmosphere of gang life and youth.

“We spent our days interviewing people with gang associations, many of whom ended in the film playing versions of themselves,” Lerner told Variety.

Rudy Rodriguez was 19 years old on a lunch break from his job at a local auto shop when he rushed to audition for the lead role of Andrés, a character from Puerto Barrios who aspires to pursue a better life. Other lead actors like Karen Martínez, who plays Sarita, and Brandon López (Damian) are also residents of the country and had few prior acting experiences in films like La Jaula de Oro, which gave the two a name in the industry.

While one would want this to turn into a love-conquers-all love story, it reveals itself to be a pragmatic lesson of how the wealthy perceive the lower class.

This decision to street-cast shows true social awareness and commitment to authenticity, especially by allowing the cast creative freedom to choose how they wanted their character to be represented. Actors like Martínez, López and Rodriguez depicted well what it means to suffer in silence amidst their painful youth experiences. There is no better option than to cast those who have truly experienced it.

The film also touches upon colorism and class, albeit implicitly, as it reveals the lives of privileged, lighter-skinned Guatemalans. Augustin, Sarita’s love interest, is the son of rich parents who would never approve of their relationship. While one would want this to turn into a love-conquers-all love story, it reveals itself to be a pragmatic lesson of how the wealthy perceive the lower class.

Lerner is also sure to include a visual juxtaposition of the poor atmosphere versus the wealthy by including gated communities, fancy cars and careless teenagers who do not have death at the forefront of their minds. The portrayal of a wealthy, lighter-skinned elite in Guatemala and the inclusion of Afro-Latine characters highlights the issues within Latin America’s diverse population.

Lerner furthers the humanization process of the characters through dialogue within the gang as they express their raw emotions around death in a convincing way. Characters like Damian, a gang leader, acknowledge that his death will likely be celebrated by law enforcement and locals as opposed to being mourned and that his friends will share the same fate. These kinds of scenes are the type of intimate conversations I love to see in the portrayal of the Latine community and are missing from the mainstream film media.

Violence, death and drugs are not subjects to disregard in Latin America, but it is frequently the case that films about the culture have traditionally portrayed these themes in a stereotypical way. However, Lerner manages to discuss such topics in a lifelike and sympathetic way so as to make the characters’ stories authentic and believable.

Cadejo Blanco does not just follow Sarita and the gang through a mystery with stakes every which way, but rather it’s a collective journey of self-discovery, coming of age and real-world consequences that affect all sides of gang violence.

Correction: This story was edited after publication to clarify the lived experiences of one of the actors in Cadejo Blanco.