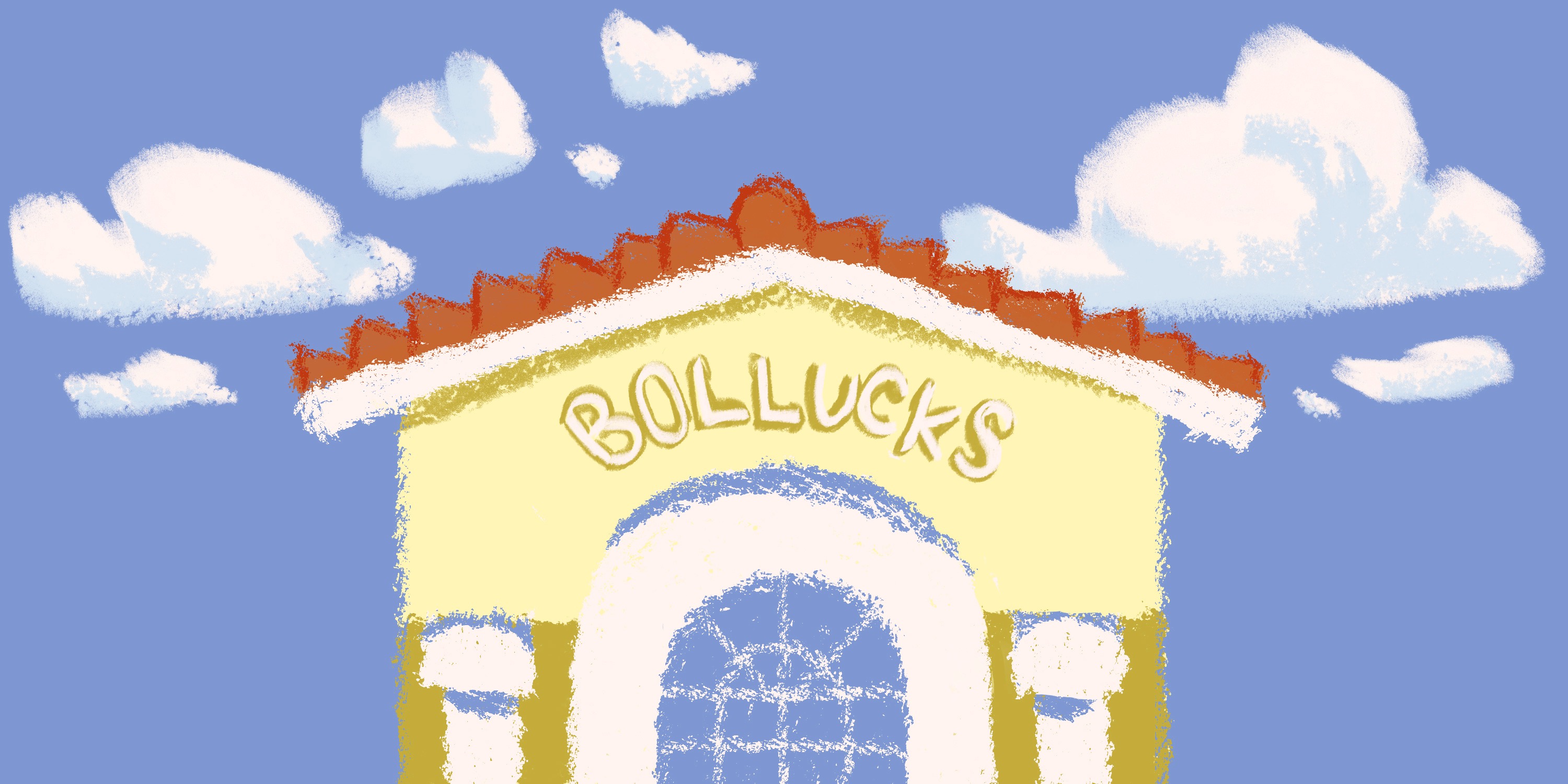 Without a doubt, though — the most interesting memories I have of him are even more badass than death via motorcycle.

Yesterday marked the eleventh year without my father who died at only 46.

I carry his memory with me every day, and I think I will forever.

When I think of my dad, the first thing I remember is a smile: one wide across his face with a classic British gap, and a voice as loud as thunder.

His thick Birmingham, or as the British refer to it — “brummie” — accent, charmed just about everyone in our sweet Florida city, Coconut Creek.

My dad died in an unexpected accident. While his friends from England were in town, they did what they loved most — took a few long rides on their motorbikes and had dinner at Hooters.

It’d be his last ride, and described as their “greatest.”

Many of my dad’s “best mates” remember Geoff as “The Riot,” and each member of the group of friends had nicknames of their own, including; Radar, Jonny Vegas, and The Brain.

Since a little party and a boatload of British banter never killed anyone,  you are bound to get stuck with a goofy nickname after a few nights out. 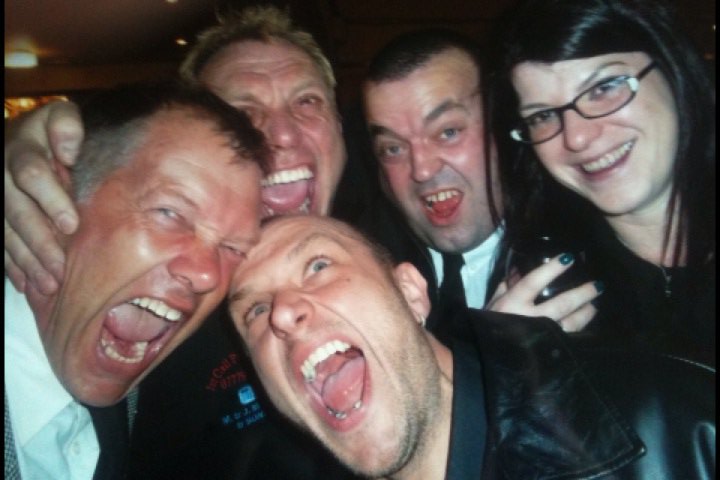 Geoffrey at a party-wedding-casino(?) with some buddies; most likely hammered. Photo courtesy of Billie Rollason

“The Riot” is the same man who married my ever so lovely, ever so polite mom in Las Vegas but unconventionally had it affectionately planned long before. 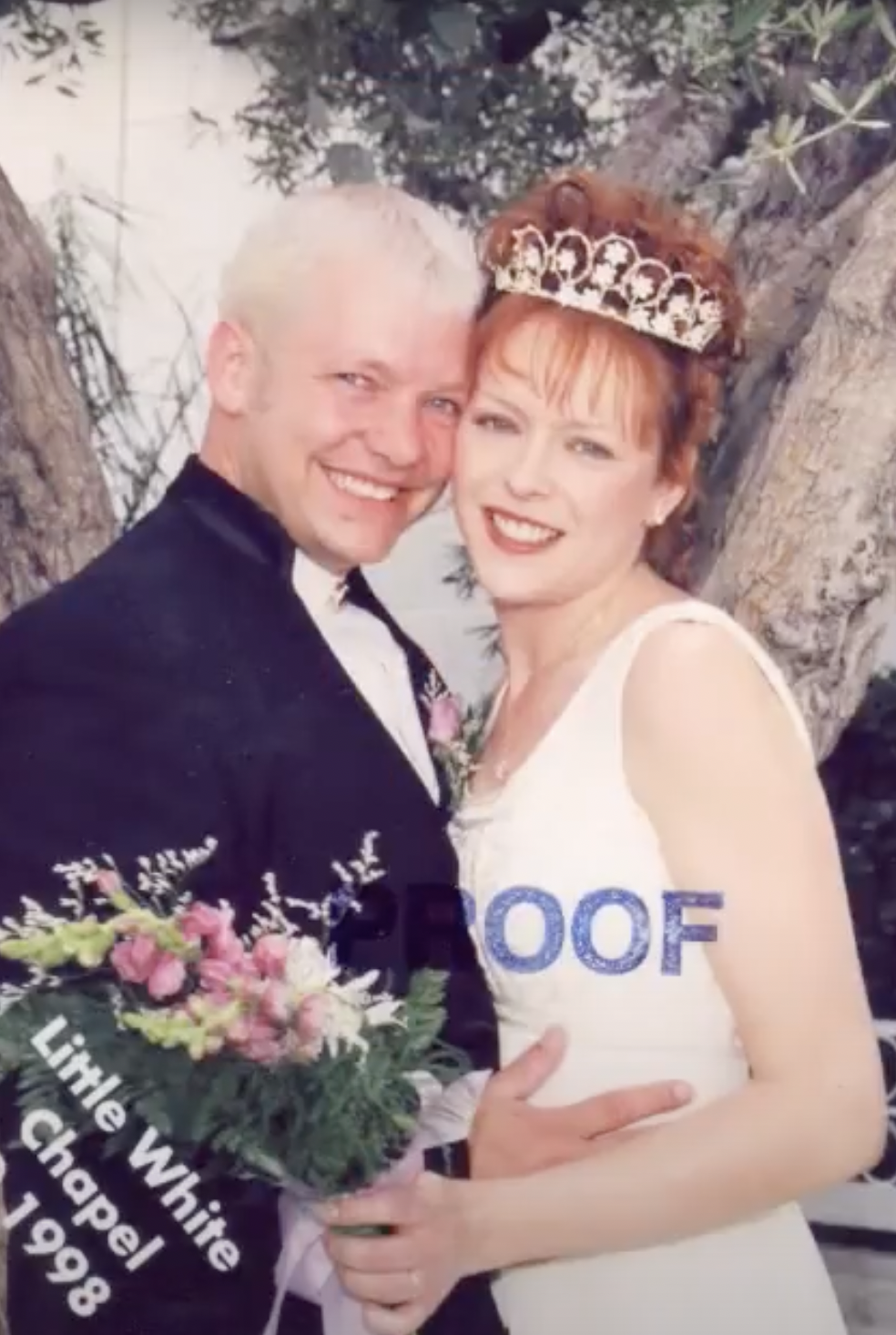 “The Riot” taught me to swim and dressed up as the tooth fairy (in like… full garb). I’d have to think this can simply sum up lust for life and others that constantly melted out of him. 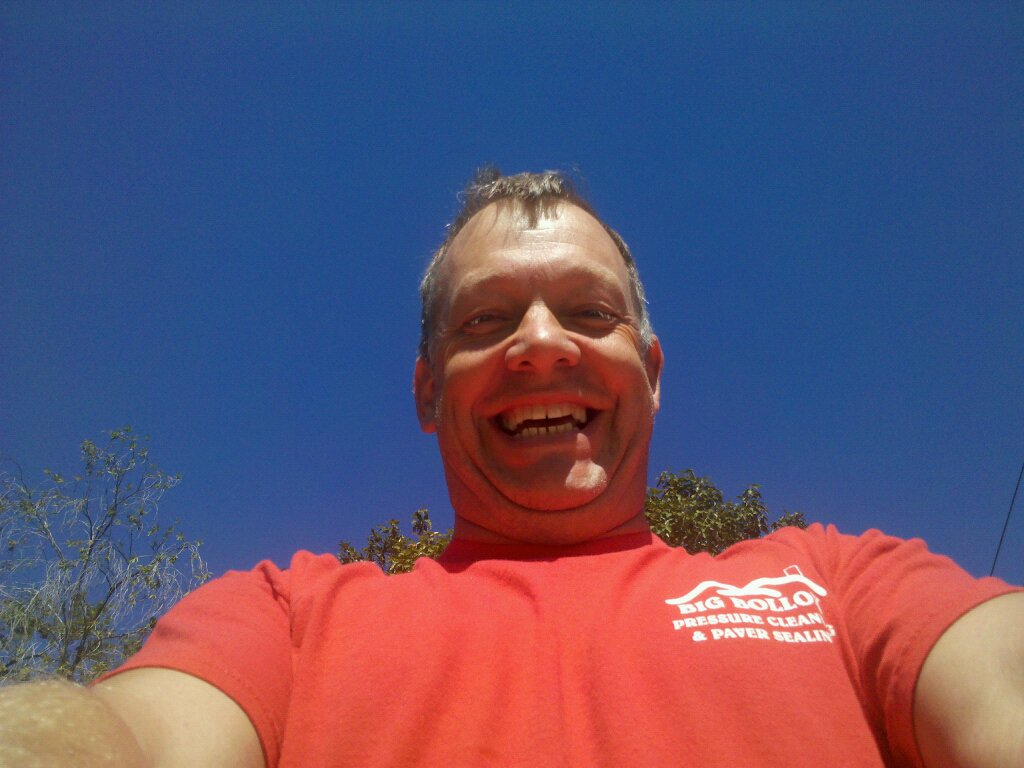 My parents came to America looking for warmth, and a lot of it.

It is not surprising that south Florida struck the hearts of a couple from Britain’s frequently gloomy weather.

My dad loved the sun. He loved his big red truck, and when the weather was just right, he loved driving down A1A with the entire family loaded up, all the windows down and Black Eyed Peas on.

Sometimes I think he got a daily high from the salty Florida air, since the sky was most often blue and clear. Truly, I think that alone was more than enough for him since…

Days of blue skies mean you can take the bikes out,

blue skies mean you can keep on working outside,

and every kid in the neighborhood across the pool’s length.

Most of the time I spent with my father was outside in the sun. I remember it with a lot of warmth still.

Though in the soaking Florida heat, he was also doing just about anything to keep the family happy and healthy. One day it was construction labor, maybe the next was cleaning pools — sometimes even chauffeuring limos.

After many odd jobs all over Florida, he eventually built his very own business: Big Bollox Pressuring Cleaning (we’ll get to the Bollox/Bollocks “thing” later).

With an incredible cherry red pressure washer set-up, to match his truck. He built clientele quickly, spreading mostly by word of mouth. When you have a quirky accent and a lot of charisma, I think it gives you a leg-up in business.

Oh, and when you work your ass off, that too. 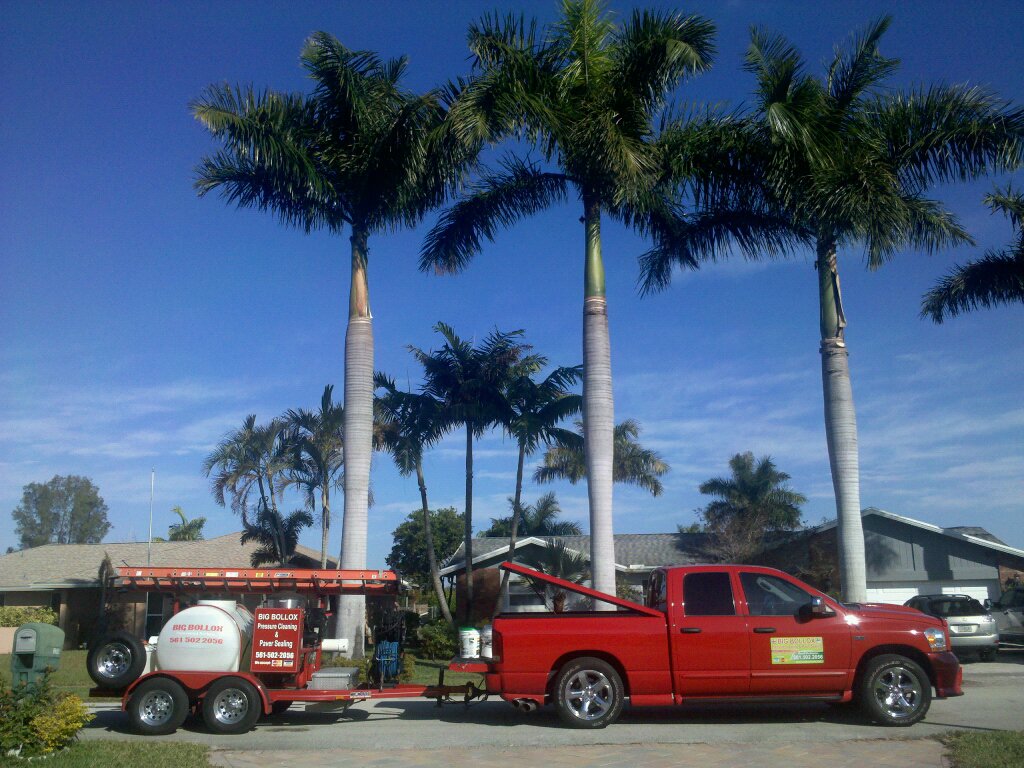 Despite the intense labor, in even more intense tropical circumstances, he did it with this incredible smile. He spent days right beneath the sun, using high-pressure water to get the dirt off of roofs for hours; always showing us his “view of the day.”

For sure, they were always beautiful.

There is a certain risk that came with my dad’s motorbiking hobby, as well as his job on roofs; and how one of them killed him.

They both create adrenaline and also require a lot of confidence in every movement. It’s a lot like racing a car too.

My dad always loved anything with an engine, especially if it was fast – even better if it looked cool. He loved trying out all types of cars from trucks to compacts, racing and rally. Prior to moving to the states, he even owned and operated his own dent and bodywork repair company, “The Chip Shop,” with a hint of homage to Britain’s favourite, fish and chips.

Although this does make it at least a little bit ironic that he died in a motorcycle accident. 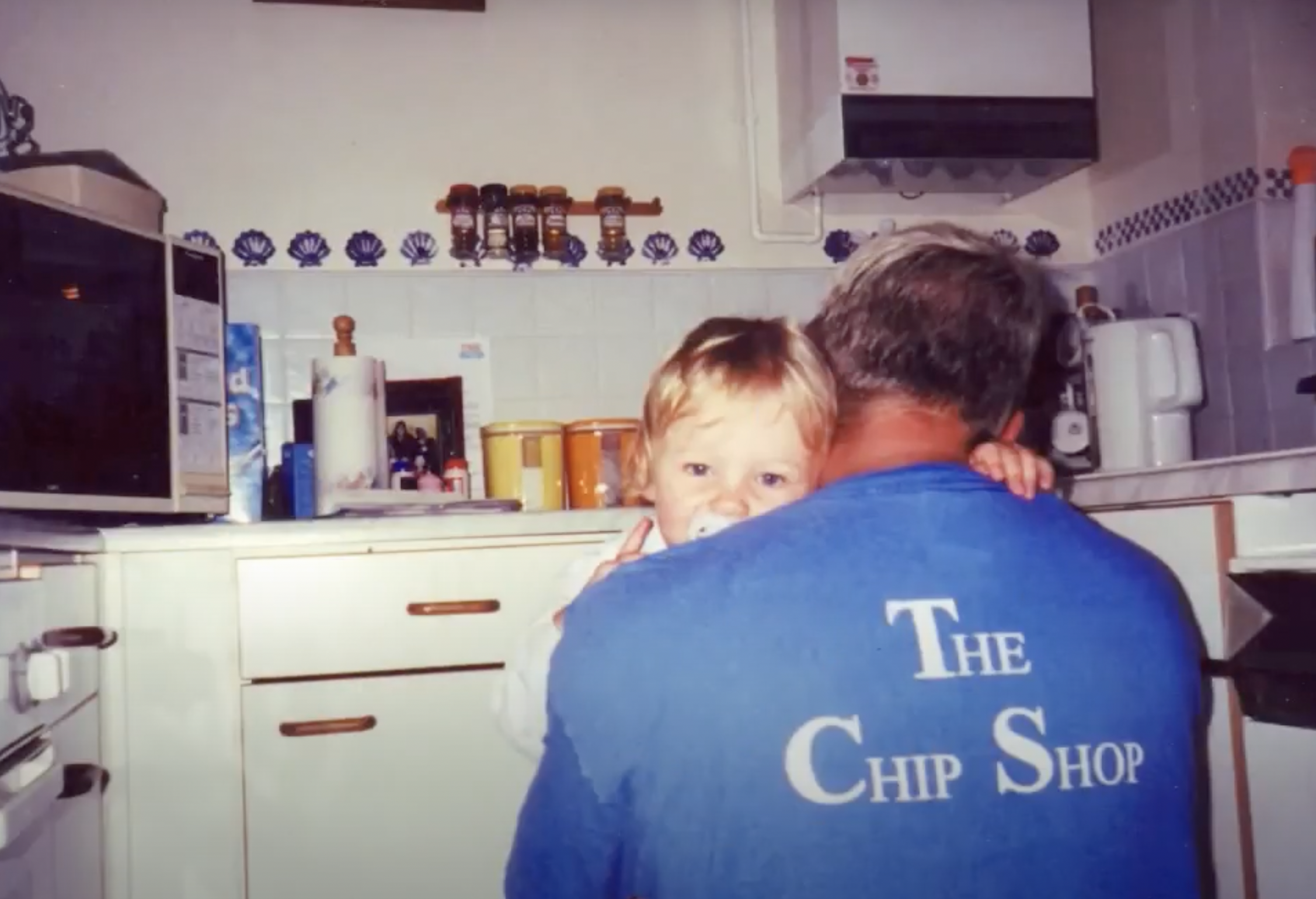 My dad and sister in our English home, photographed before I was born. Photo courtesy of Billie Rollason

Without a doubt, though — the most interesting memories I have of him are even more badass than death via motorcycle.

Grief is the proof that someone was loved and will continue to be loved outside of their lifetime. It is found at the stoplight of memory, with none left to make. It also never really ends, and I think many would agree it is a loaded feeling.

Grief is just love that persists.

You carry remnants of the time spent and what they left behind. While strange and hard, it is still nostalgic and comforting. Often I search for his glimmer, wherever I am. He might not be here, but the things – and people he loved still are.

I can embrace memory in the way we continue to live and through moments of remembrance.

Before I was born, my dad was busy making other memories which I still seek out from his early friends, and I scour for any moment of his life that I have not heard before.

Some that I have already heard include his days of racing in rally cars, ending up in a pack of 5 Elvis impersonators, downing “jack and cokes” with the boys, tropical vacations away from rainy England with my mom, or even just weekends watching Formula One Racing … but never Nascar.

And of course, he was busy with my older sister Charlie, by two years. 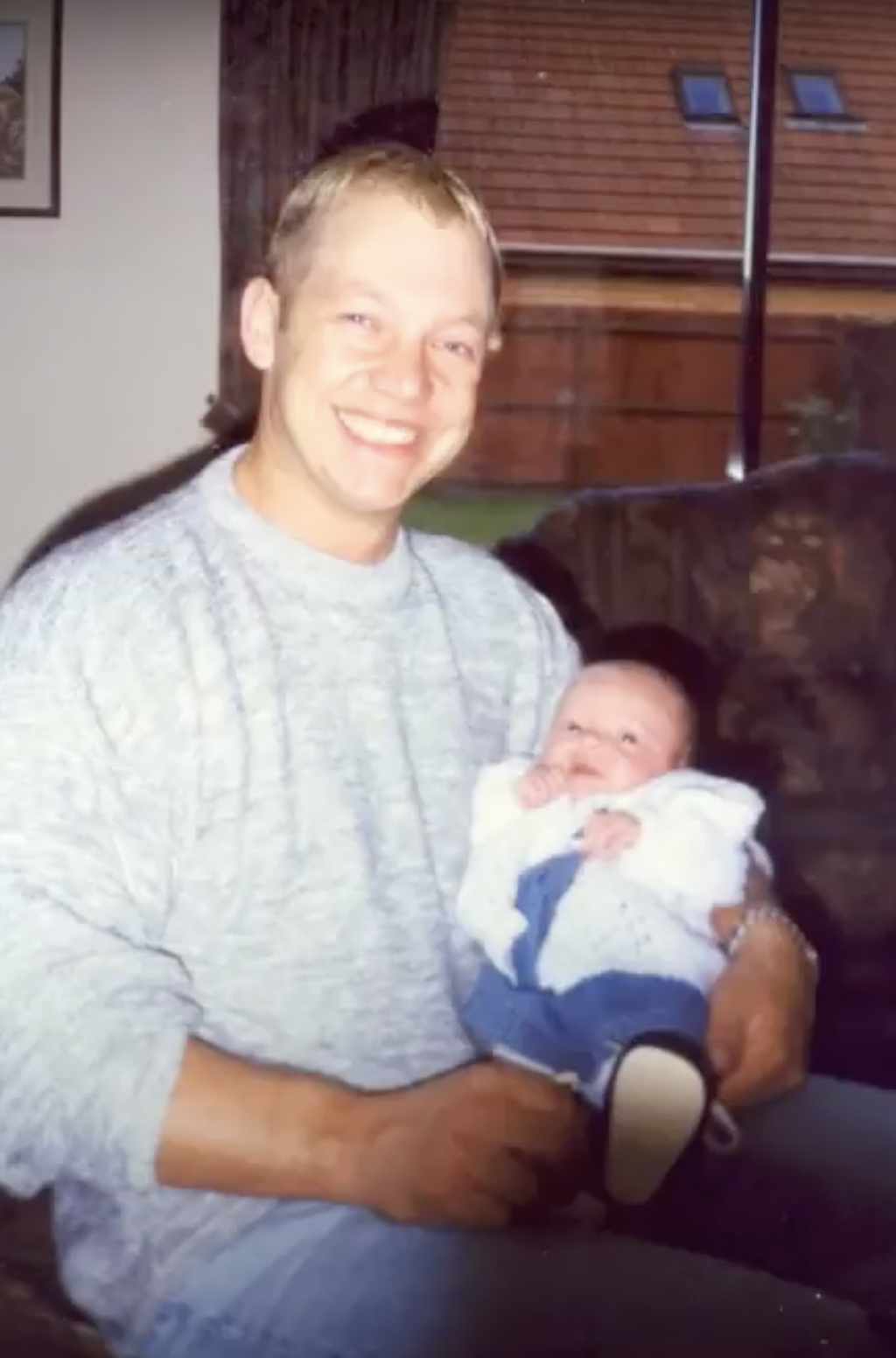 My dad is pictured with my older sister, Charlie at just a few weeks old. Photo courtesy of Billie Rollason

The Formula One Racing on Sunday mornings continued into his life and mine.

My mom told me my dad always wanted a boy but had two girls instead. With great luck, he ended up with me: as a little girl neck-deep in a tomboy world. Obsessed with just about anything her dad liked. 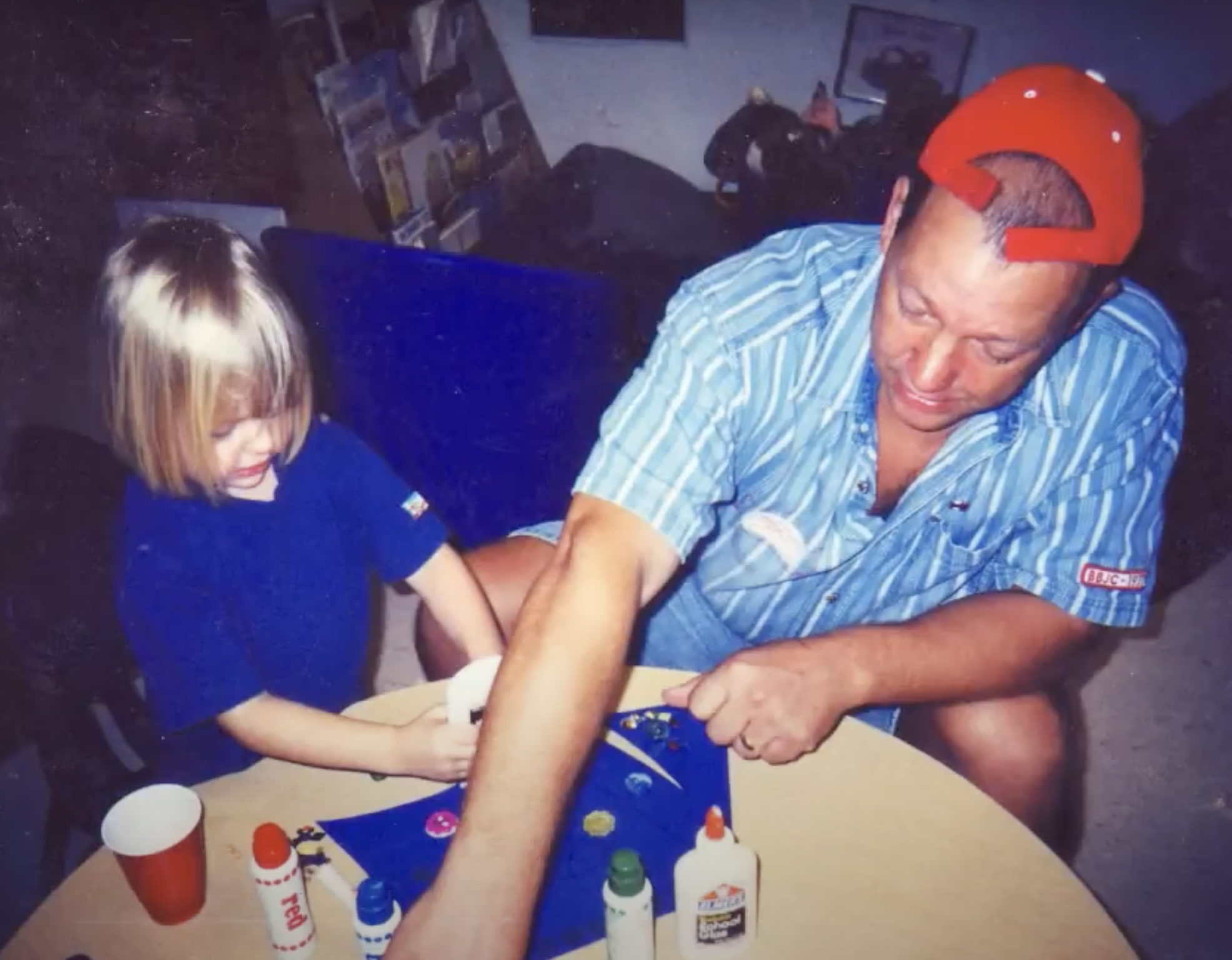 My dad and I at Discovery Pre-School’s father’s day afternoon craft in 2005. Photo courtesy of Billie Rollason

Both of his daughters were happy to sit on a very 2000s leather couch and drink sprite with our Gatorade at 9 am since, “Mom isn’t up yet, and we’ll just not tell her.”

I still find myself sitting in these memories, but now without him. Sundays in 2022 can be spent with my engineer-in-the-making, car fanatic partner whom I’ve schmoozed with my Lewis Hamilton and Michael Schumacher knowledge.

Sure, it isn’t the same. We eat our avocado toast and drink lemonade. We definitely don’t play the TV as loud as my dad did — but the feeling is residual all the same.

In ways, our memories can grow, in moments like these, it can be special to reminisce with a partner who’s willing to listen.

It is also a nice coincidence that he likes fast cars, and just so happens to drive the same 1989 BMW E30 that my dad drove in the ‘90s. 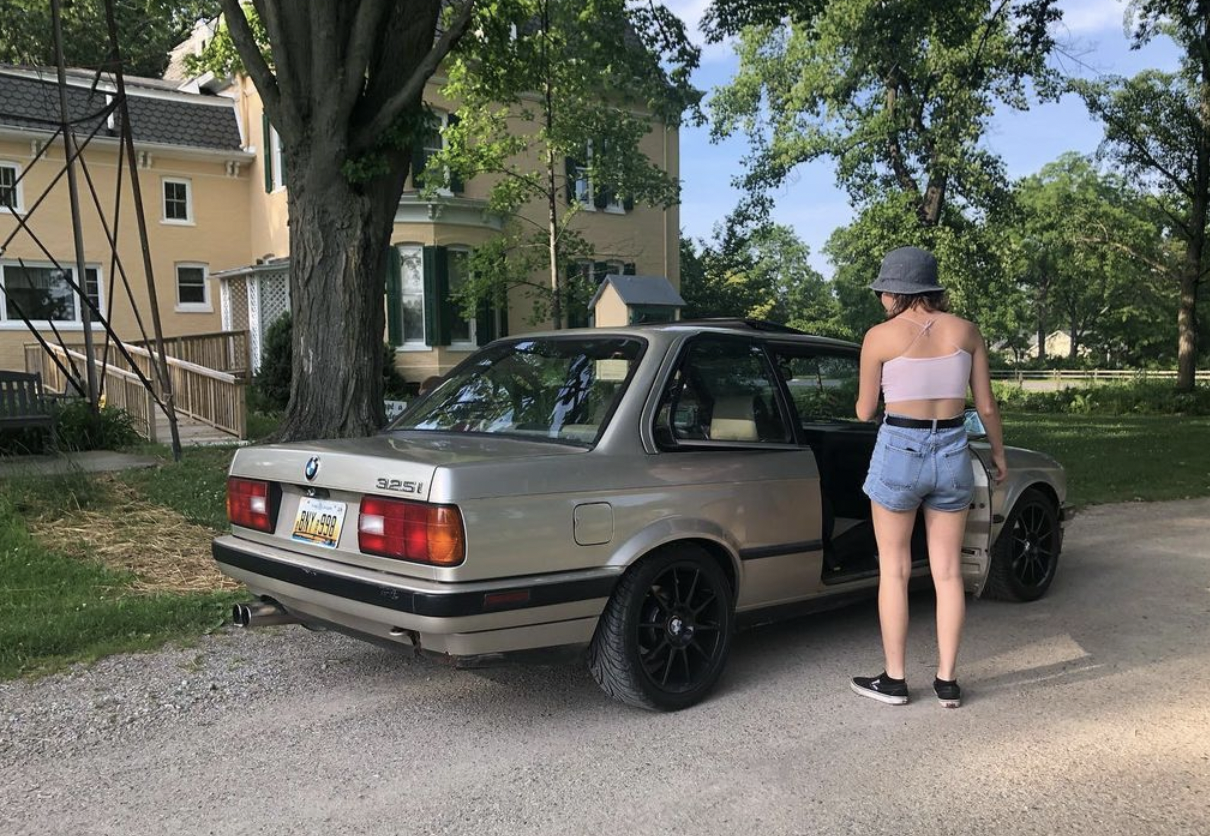 My partner, Jonathan Fallis’ 1989 BMW E30 and I on a northeastern Michigan road trip. Photo courtesy of Billie Rollason

One thing definitely has not changed on Formula 1 Sundays: me, rooting for the drivers with the best-designed car wraps. I’m also left with a newly gifted, college-student addiction to Redbull and their Formula 1 marketing.

It never felt wrong to do what I wanted because the adults around me loved me.

I spent afternoons at the pool in just swim trunks because I was 8 – and I could.

During my dad’s days in construction, I’d sometimes tag along. I thought for sure, one day I would operate a crane too.

I played on the boys’ teams and had a camouflaged room (worth three days of my dad’s labor).

He never bothered, no one asked me to fit somewhere else. It really is a lot easier when everyone in your life loves you, just for you. The freedom to be yourself with no apology is still alive in me today.

Some of what is left behind

My dad’s birth year just so happens to be the last four digits of my mom’s phone number: 1964. I try to call her at least once a week.

A state-requested replacement tree, as a result of his “a little too much, all at once gene”  while trimming the yard. It’s since grown to an incredible size since the year he passed. 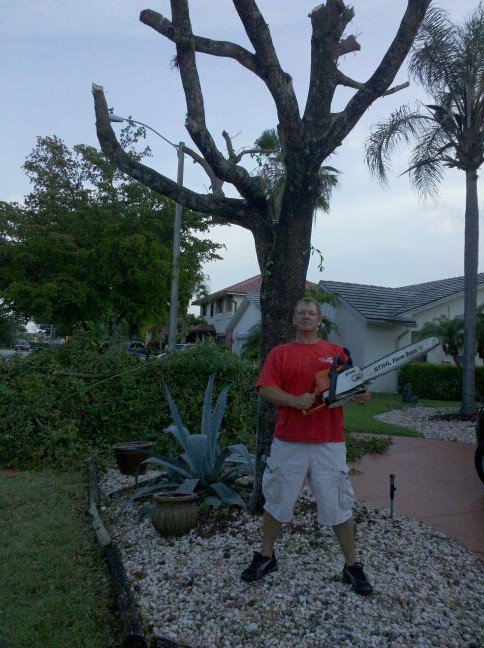 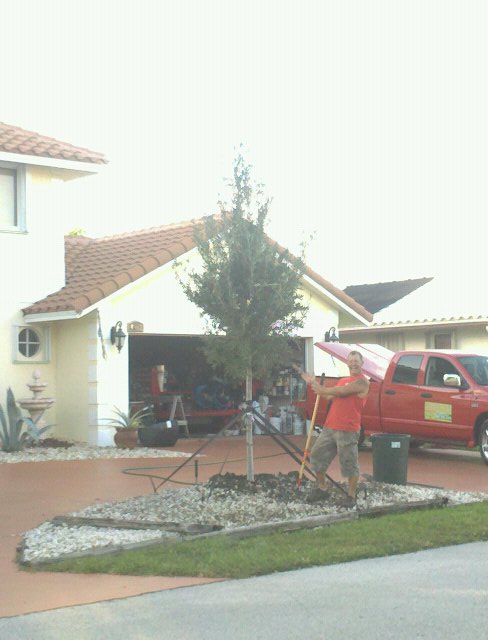 My father’s voice echoing in my ear always resounds during my proudest moments without him — “Well, who’s better than us? Who’s better than us?” followed by a brief pause, and a much louder “NO ONE!” Ever so important is my chiming in of “NO ONE!” with the very final, and loudest part “Why Billie! … BECAUSE WE ARE THE BOLLOCKS!”

A motto so often used by him, his American peers were often unaware he displayed it proudly in the white paneled letters above our door. Just about everyone thought it was our last name and not a term used to describe testicles.

“BOLLOCKS” is still etched into the mantle paint on our childhood home, which hasn’t been touched since — no matter that it’s been bought at least twice since 2015.

I am left with a laugh from my dad whenever I am back in town. I drive by a home where my parents emptied their hearts into making it their own.

Now leaving behind “ballsack” encrusted with the same yellow paint my dad picked out — on the house which was originally pure white. The same way the yellow glimmers follow, so does his essence

I have heard it said before that, it can be a gift to miss someone — as you have been lucky enough to love them.