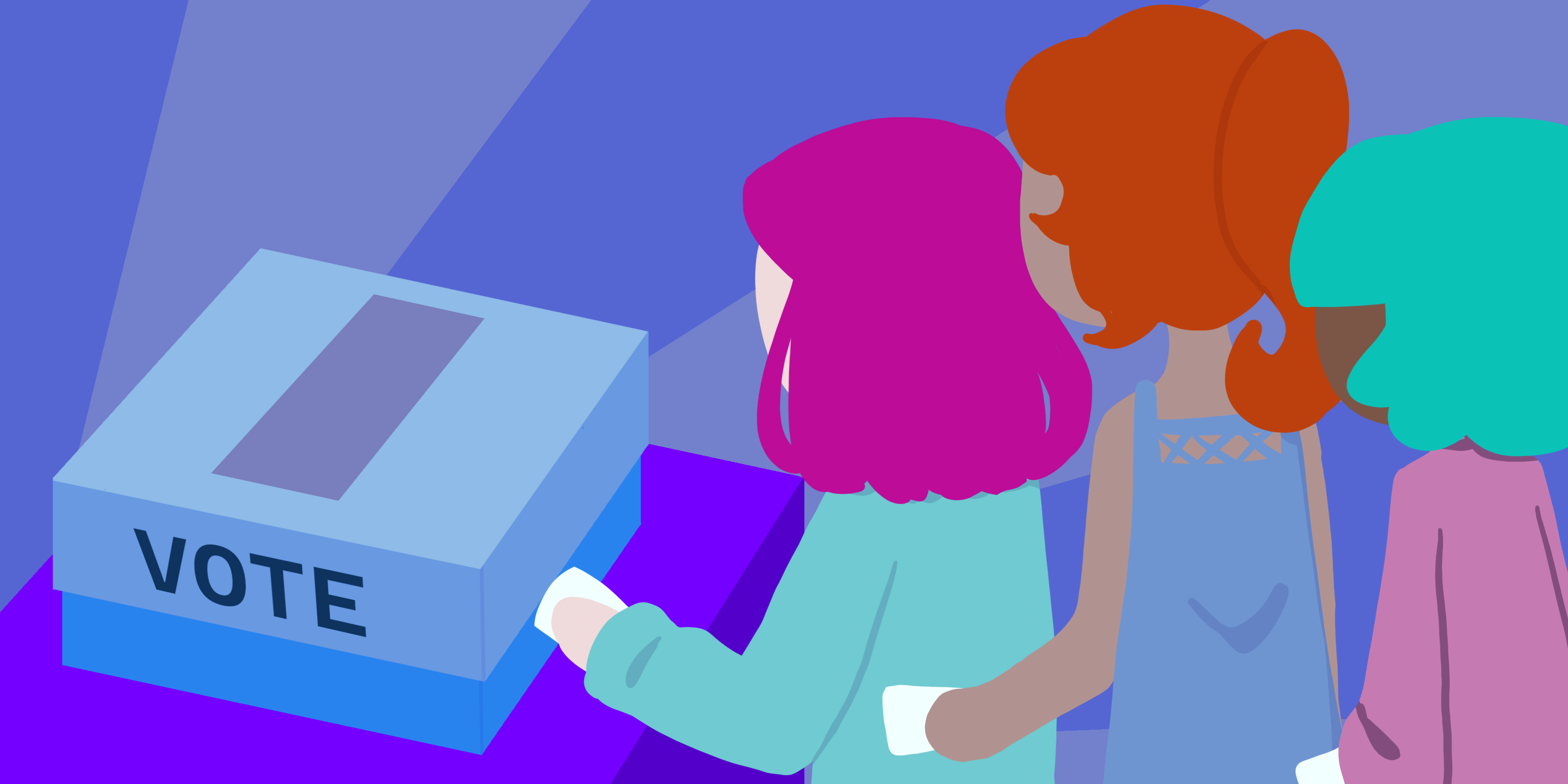 Women have been registering to vote at higher rates than normal for the upcoming midterm elections, mainly in states that are highly contested between Democrats and Republicans.

All seats in the U.S. House of Representatives are up for grabs this election, as well as one-third of U.S. Senate seats and 36 gubernatorial seats across the country.

This is the first national election since the U.S. Supreme Court overturned Roe v. Wade on June 24. The courts transferred decisions on abortion policy to state governments, which threatens to diminish abortion rights in states with Republican governors and state representatives.

As usual, national, statewide and local elections are all vital when it comes to the future of the country. However, more people feel if they don’t vote, their rights will be quickly stripped away from them, especially in states that typically vote Republican.

“I’m sure there are many reasons for the uptick in voter registration and interest among voters,” Jen Miller, the executive director of the League of Women Voters in Ohio, said. “Everything from developments around abortion access to recovery from the pandemic, people are starting to realize how important elections are and how they can affect their daily lives.”

According to a study of 10 states by the Upshot team at The New York Times, 55% of newly registered voters in the 10 states studied in the month following the Dobbs v. Jackson abortion decision by the U.S. Supreme Court were women. Before the Dobbs decision, women made up just under 50% of newly registered voters in these states. “Women are also more likely to say they will only vote for a candidate who wants to protect abortion rights, and to vote for Democrats,” the article said.

This trend was seen first in Kansas, which – according to NPR – was the first state to vote on abortion rights after the Dobbs decision. The proposed amendment would have put a total ban on abortion in the state, but 59% of voters voted against this. In this historically red state, this vote was unprecedented.

Democratic political strategist and CEO of data and polling firm TargetSmart Tom Bonier wrote a guest essay in The New York Times saying he’s never seen women fired up as much as they are now. “This is a moment to throw old political assumptions out the window and to consider that Democrats could buck historic trends this cycle,” he wrote.

According to The New York Times, the trend of more women registering to vote has been seen before, though, most memorably after Justice Clarence Thomas was confirmed to be on the Supreme Court and following former President Donald Trump’s election win in 2016.

However, it’s important to remember that newly registered voters are a small percentage of the electorate in most states, and that even if more women are registering to vote, they could still be voting for anti-abortion politicians.

According to Miller, it’s also difficult at this moment to guess exact demographics on new voters, but the League plans on studying the numbers following the election. “It’s hard to know because we won’t have final numbers until the deadline,” she said. Based on trends and new policy, however, Miller expects to have “higher voter participation this year than in other midterm elections.”

The New York Times also found that while there was a spike in the month after the Dobbs decision, it has already begun to fade. This follows a common theme in American politics and activism: forgetting about issues shortly after they make their way out of the news cycle. It’s happened with mass shootings, racial injustice and political controversies.

For women fighting for abortion rights, however, now is not the time to stop. Several elections across the country will decide that fate of abortion rights in their respective states.

According to Politico, the Pennsylvania governor’s race will impact abortion access in the state. Currently, the state legislature is controlled by Republicans, and the Democratic governor has reached his term limit. Though abortion is legal up to 24 weeks in the state, the state Supreme Court has not radified the right.

The Democratic candidate – current State Attorney General Josh Shapiro – has vowed to protect abortion rights in Pennsylvania. However the Republican nominee – State Sen. Doug Mastriano – has promised to push a full ban in the state if elected.

Before the decision was leaked in May, about half of the new Pennsylvania voters were women. Following the leak, women made up 56% of new voters. The jump was most pronounced in the week following the actual decision, and women made up 60% of newly registered voters. 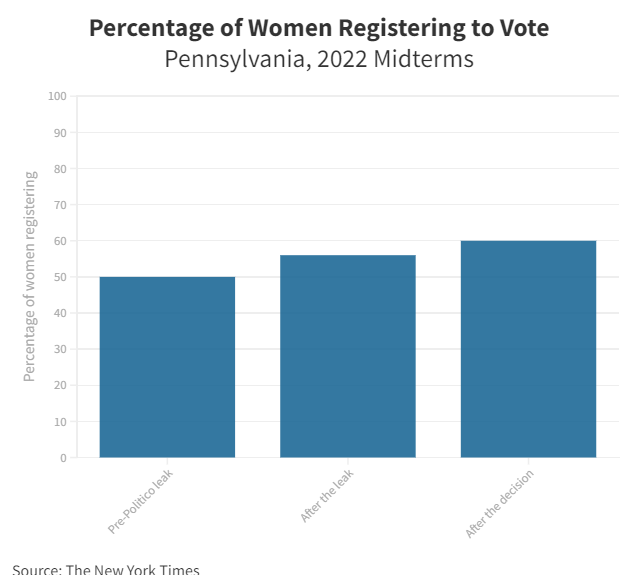 Michigan is in a similar situation with itsDemocratic governor up for reelection and also running against a candidate who favors completely banning abortion.

Though Dobbs turned abortion decisions over to the states, the decision is still impacting national-level elections, especially since President Joe Biden announced his plans to codify abortion rights into national law if Democrats keep their House and Senate majorities.

However, it is difficult to use historical precedents to predict this election. “There is no precedent for an election centered on the removal of a constitutional right affirmed a half-century before,” Bonier wrote.

The Ohio Senate race to fill former Republican Sen. Rob Portman’s seat will have an impact on national politics. In this tight race, Democrats have the opportunity to gain a seat, rather than to lose one.

The League of Women Voters in Ohio has also been able to return to more of their traditional measures to help people register to vote across the state. “The return to more normal activities has meant that we could also do more in person and direct outreach to voters,” Miller said. While the pandemic is still with us, more is known about how to stay safe.

Miller hopes to see higher turnout rates from every demographic group, though she knows Ohio falls behind other states when it comes to women holding office.

“It is possible that more women turning out could mean a more responsive government to the needs and interests of women,” Miller said. “It would be exciting to see women really using their electoral power.”